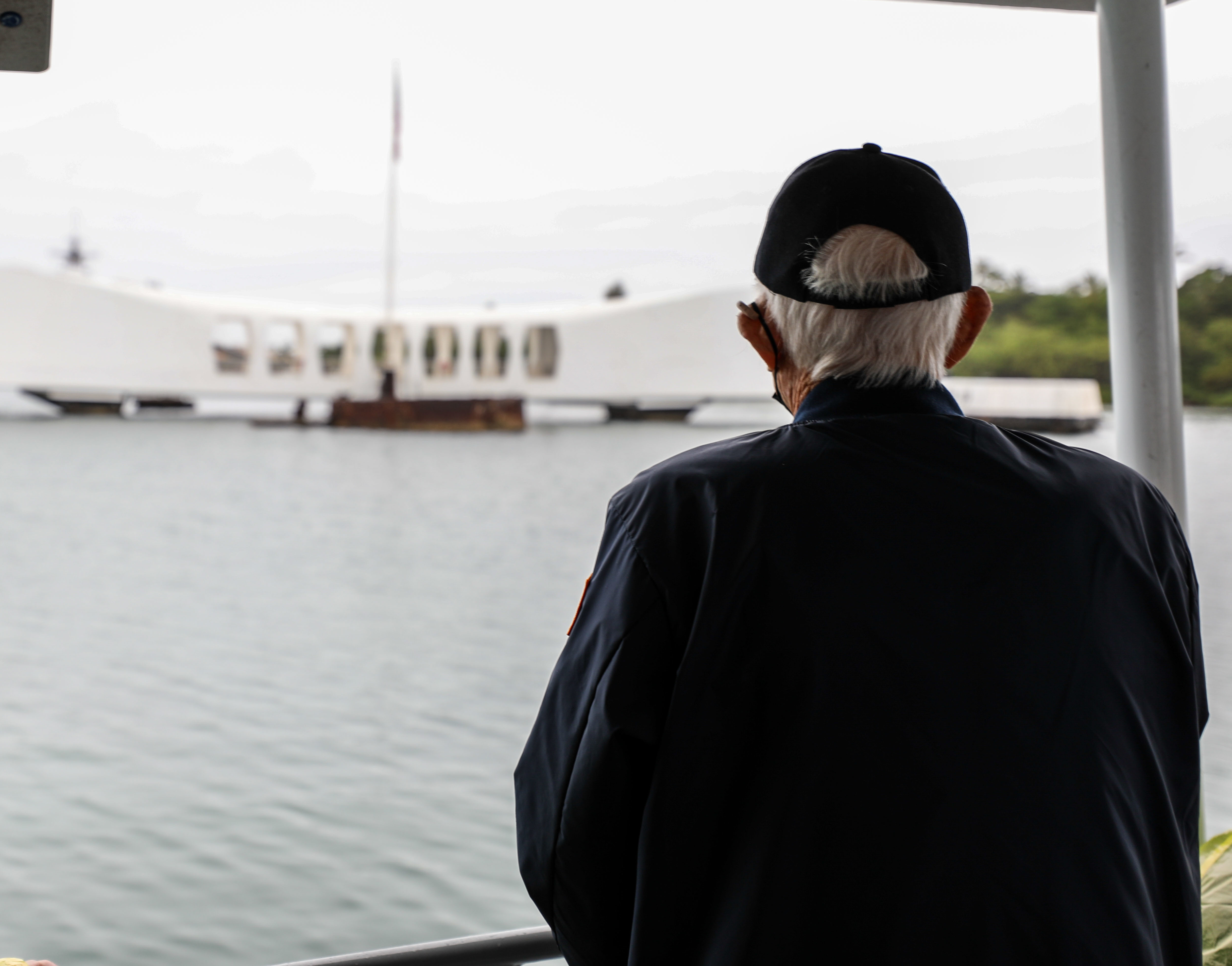 A reminder of the attack on Pearl Harbor sits in the office of Secretary of the Navy Carlos Del Toro.

It is the ship’s bell from USS Vestal (AR-4), a repair ship that was at the naval station when the Japanese attacked 80 years ago.

During the attacks, six sailors were trapped in a fire control tower, Del Toro said during a memorial ceremony Tuesday. A petty officer spotted them and tossed the sailors a line, despite his orders to cut loose from the damaged ship. The men were able to use the line to make it to safety.

“We carry your legacy as we stand ready once again to defend freedom and democracy around the world,” the secretary said. “Let there be no mistake in the face of authoritarian threats, we will never back down. We will defend our freedom and stand by our partners and allies around the globe.” 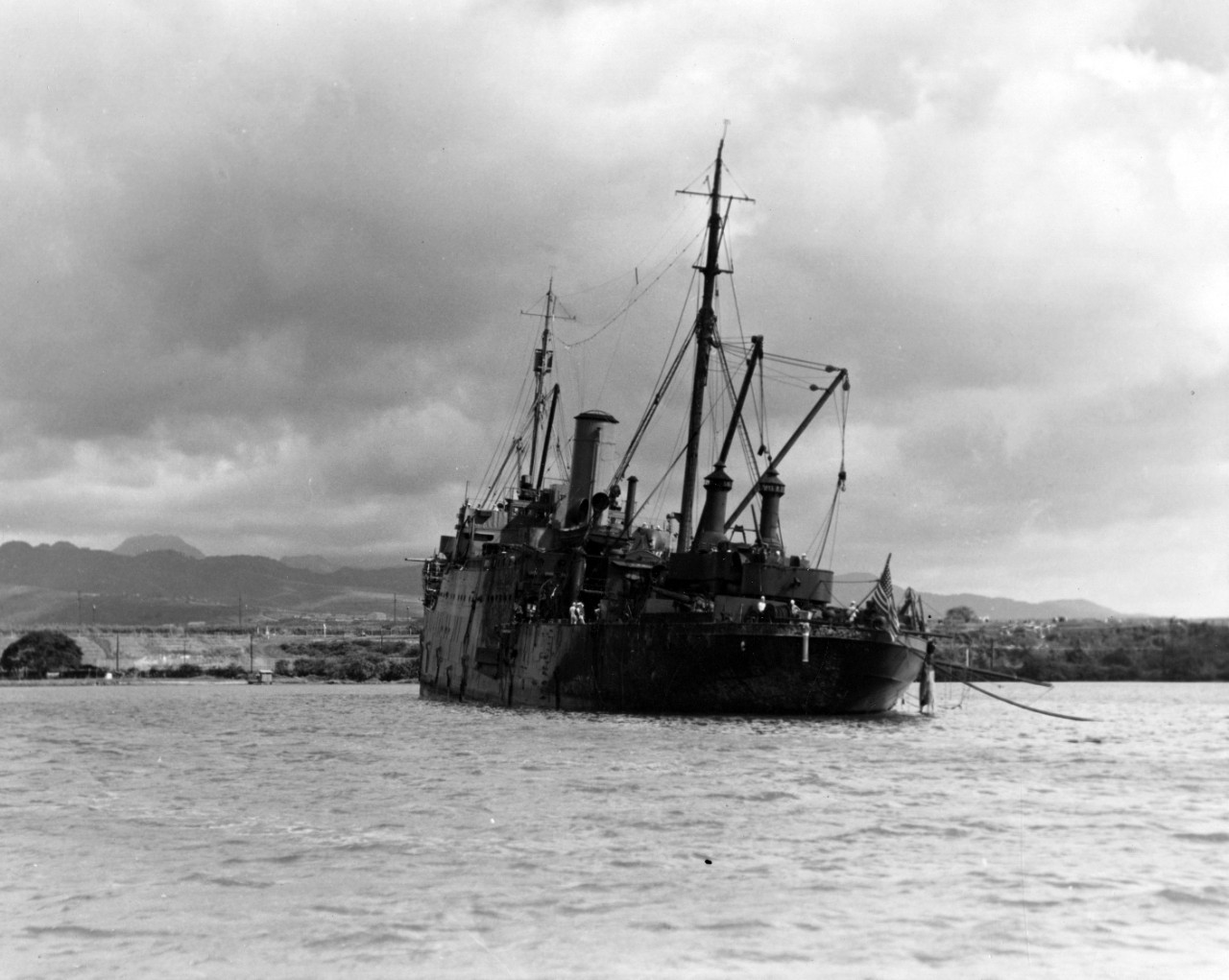 USS Vestal (AR-4) beached on Aiea shoal, Pearl Harbor, after the Japanese raid. She is listing from damage caused by two bombs that hit her during the attack. US Navy Photo

When the Japanese attacked on Dec. 7, 1941, they attacked more than the country or the fleet, Del Toro said. They attacked the future of freedom and democracy, which is important to him, as someone who immigrated from a country that did not have those values, he added.
Del Toro’s family came from Cuba when he was a young child, looking for a better life in the United States, he said.

“We found that better life because of the honor, the courage and the commitment of those who have always fought to protect our nation’s freedoms,” Del Toro said.

Del Toro was preceded by Rear Adm. Timothy Kott, commander of Navy Region Hawaii and Naval Surface Group Middle Pacific, who spoke about the memorials around Pearl Harbor and the veterans that served.

“The veterans here today represent their shipmates, Marines, battle buddies, wingmen, families and friends, aptly named the greatest generation,” Kott said. “Your steadfast endurance and gallantry continue to inspire and set the absolute standard for today’s generation of Americans following in your footsteps, serving our country, both in and out of uniform.” 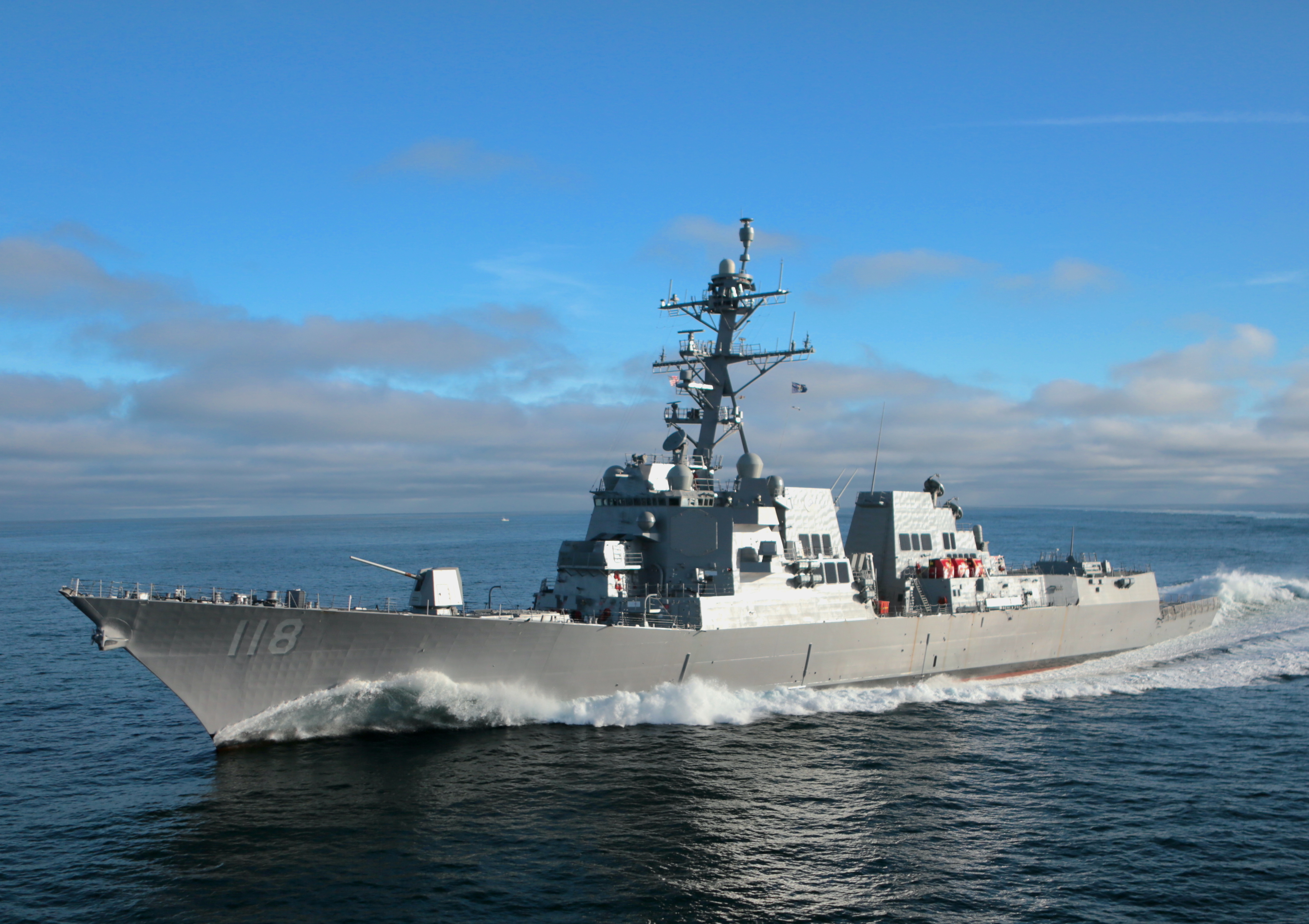 Kott also welcomed Daniel Inouye (DDG-118), an Arleigh Burke-class destroyer named after Sen. Daniel Inouye, who fought in WWII. The destroyer is set to commission on Wednesday. Inouye met the late Sen. Bob Dole, who died Sunday, after the two men were both injured in the war, Kott said. The two became friends and served in Congress together.

The destroyer serves as an example of how legacies pass from one generation to the next, Kott said.

“Like as those of you are here with us today, Sen. Inouye embodied the values that saw your generation through an area of uncertainty and the cauldron of war,” Kott said. “All of you embody the values such as hard work responsibilities, serving family and community, answering the call to serve despite the unknown danger that lay before you.”

As each year passes, there are fewer veterans from the attacks, but their memories continue on, Secretary of Defense Lloyd Austin said in a statement.

“Indeed, now together with our allies and partners, we remain committed to defending the free and open Indo-Pacific that these heroes built,” Austin said in the statement. “And we remain committed to maintaining the international rules-based order that they forged, one that raised billions of people out of poverty and made the world a more prosperous place — not just for one nation’s people, but for people across the globe.”