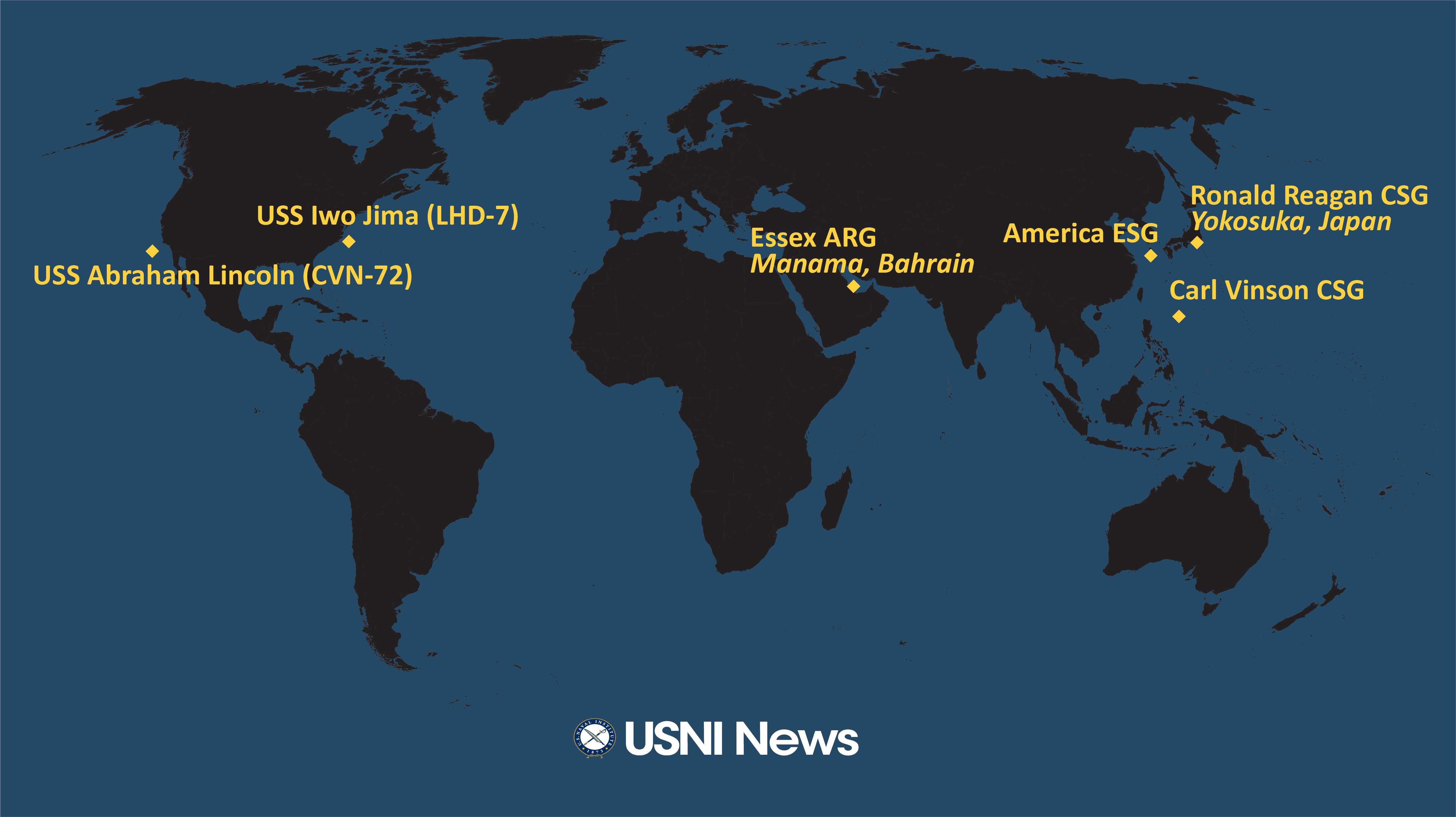 These are the approximate positions of the U.S. Navy’s deployed carrier strike groups and amphibious ready groups throughout the world as of Nov. 22, 2021, based on Navy and public data. In cases where a CSG or ARG is conducting disaggregated operations, the chart reflects the location of the capital ship. 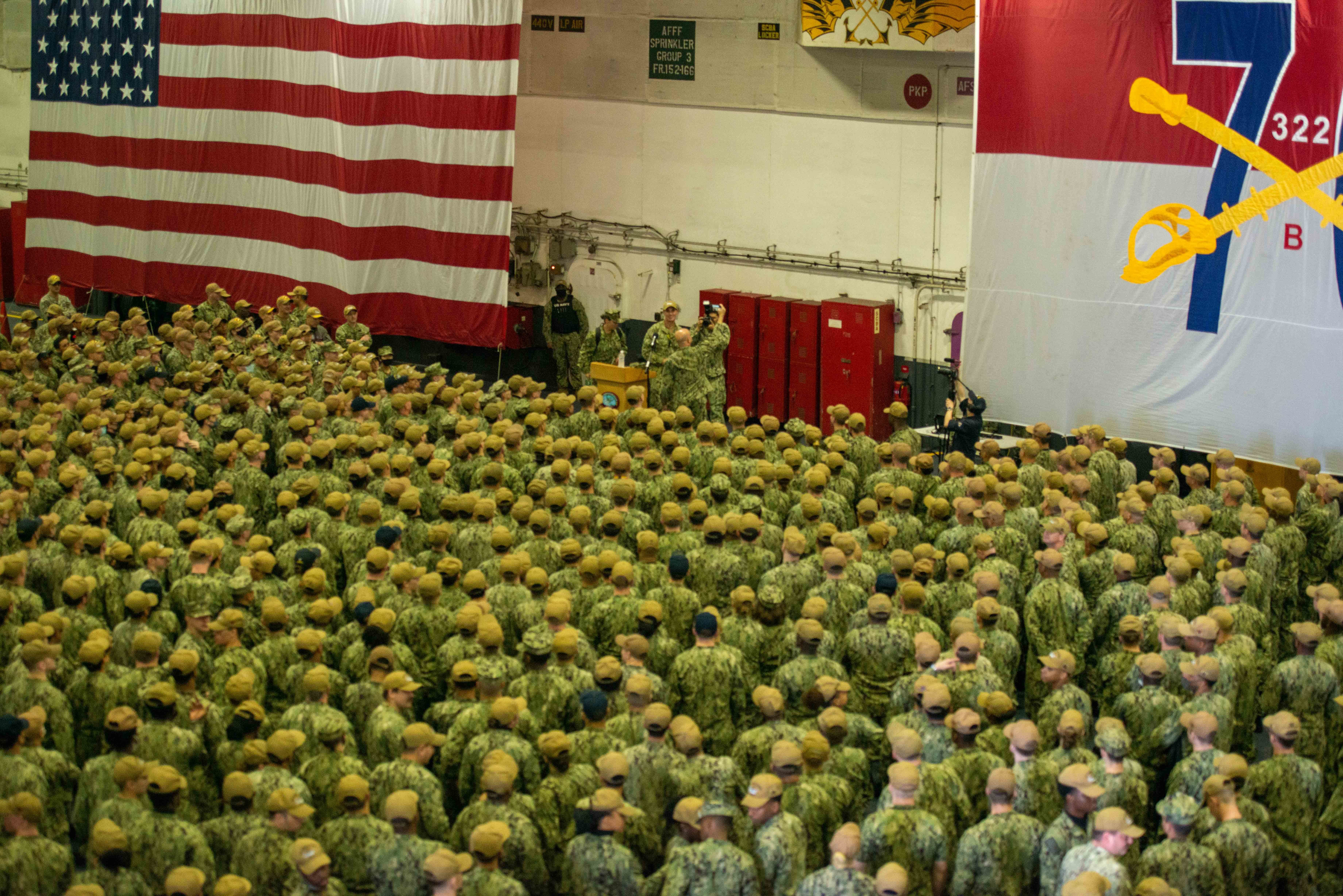 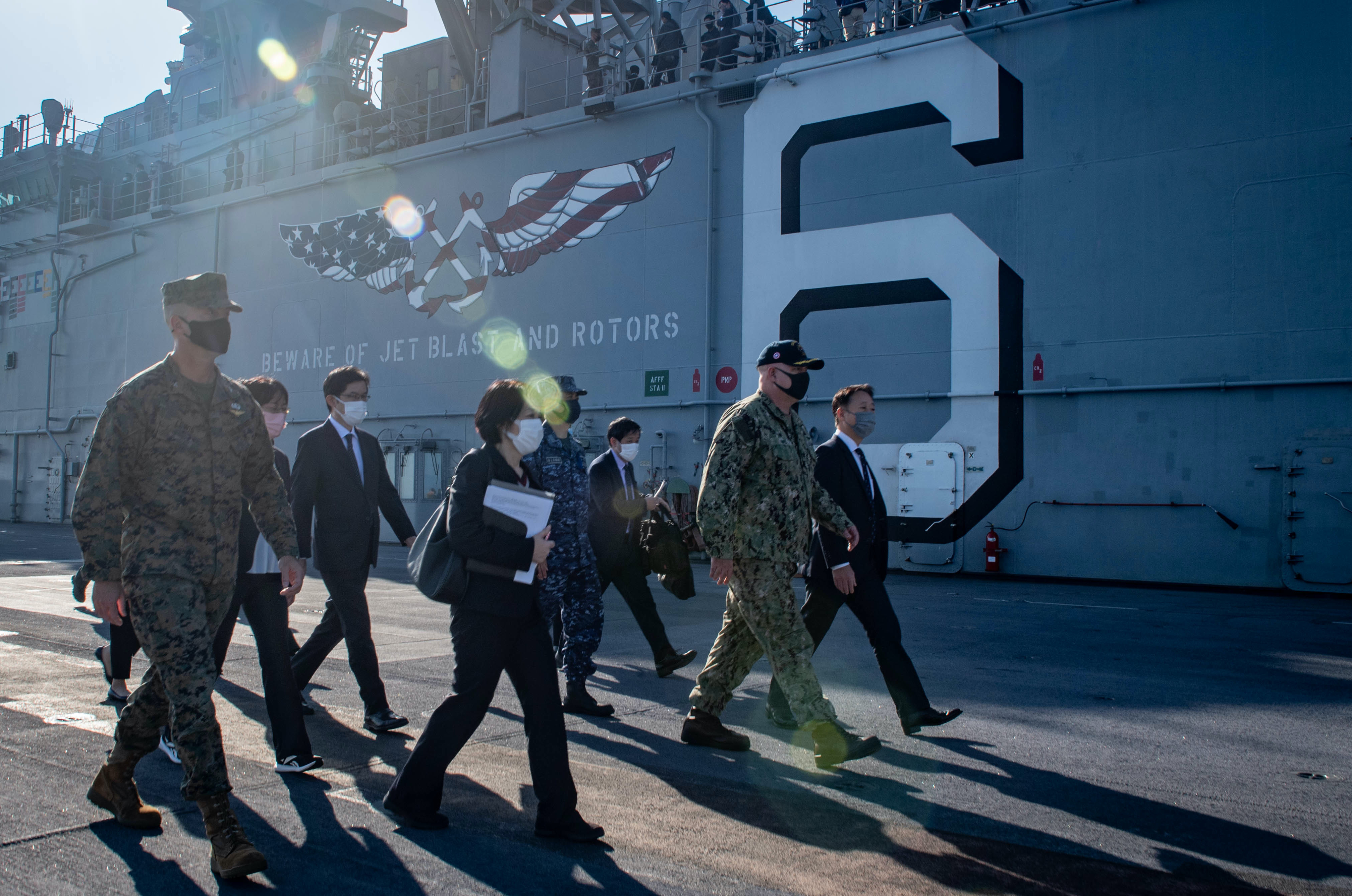 The America Expeditionary Strike Group (ESG) is underway in the Sea of Japan. 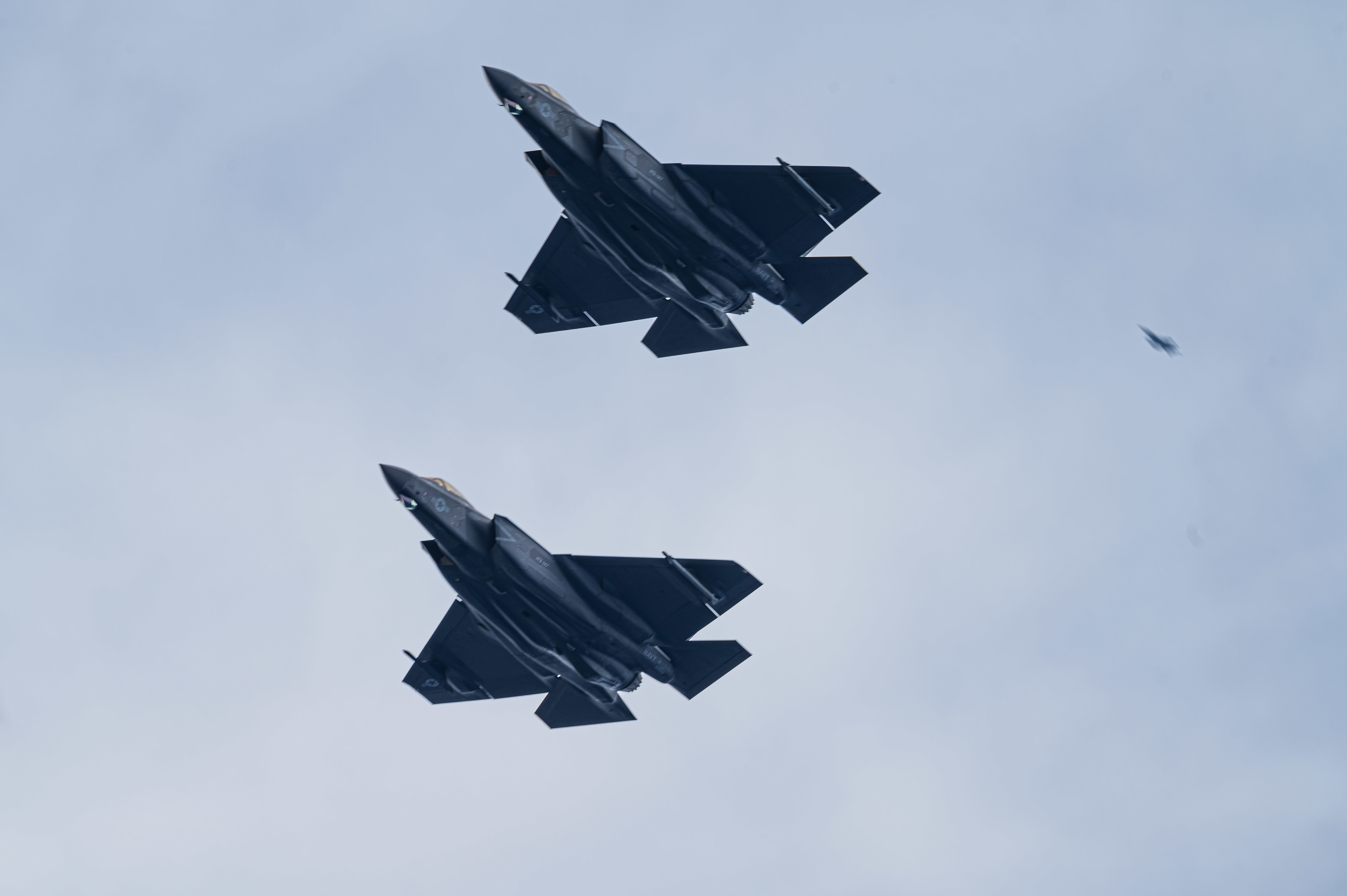 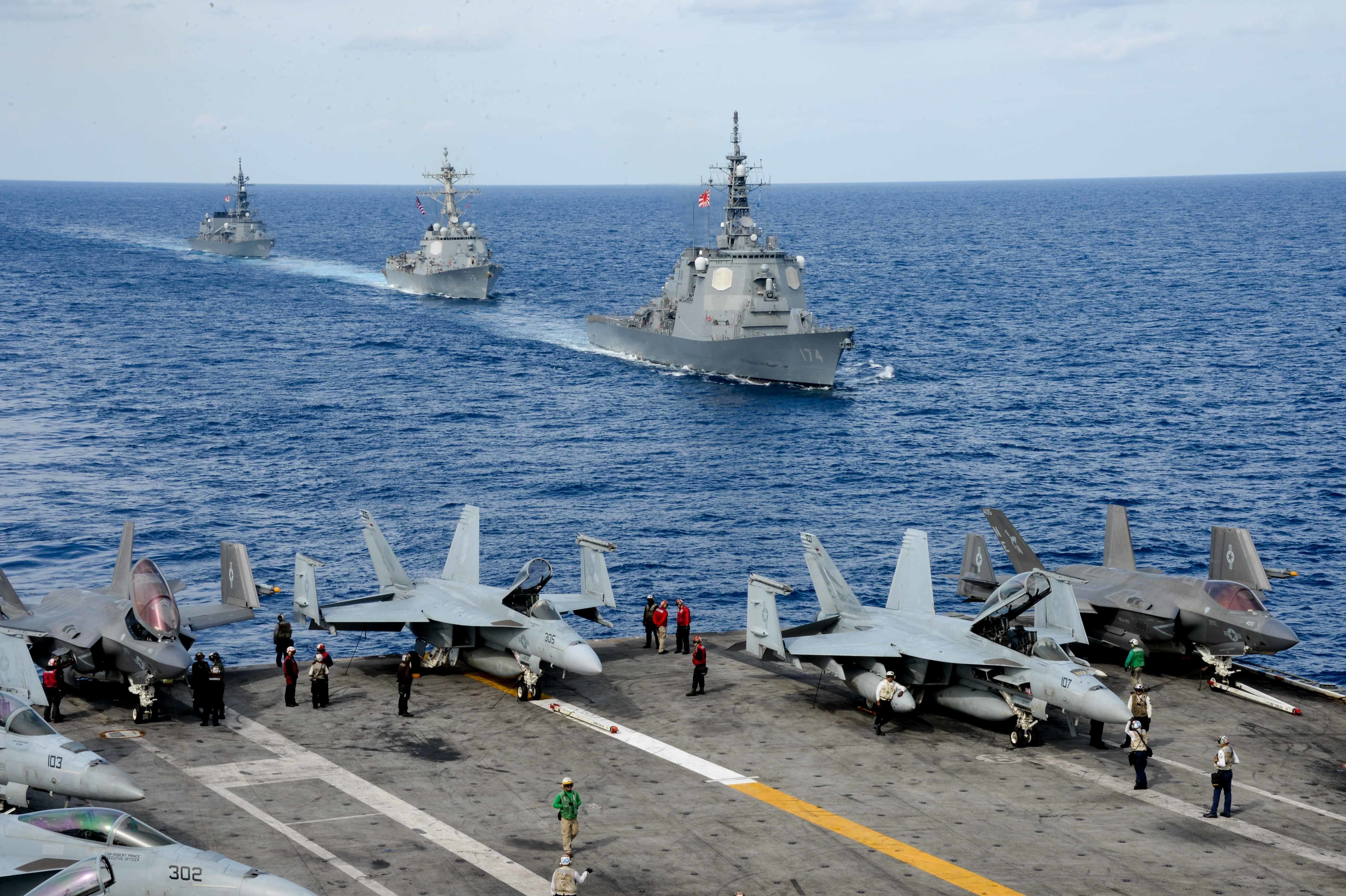 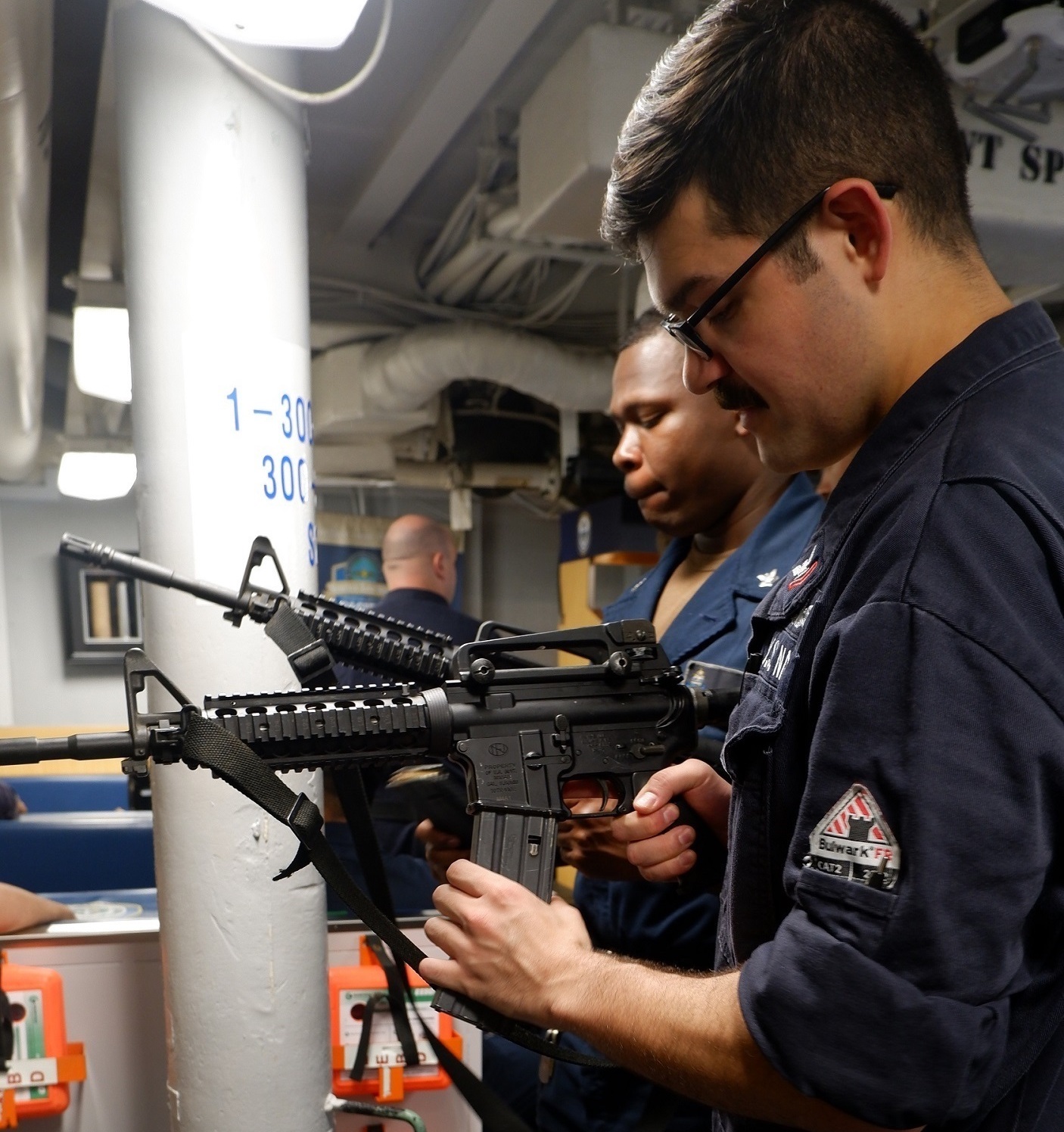 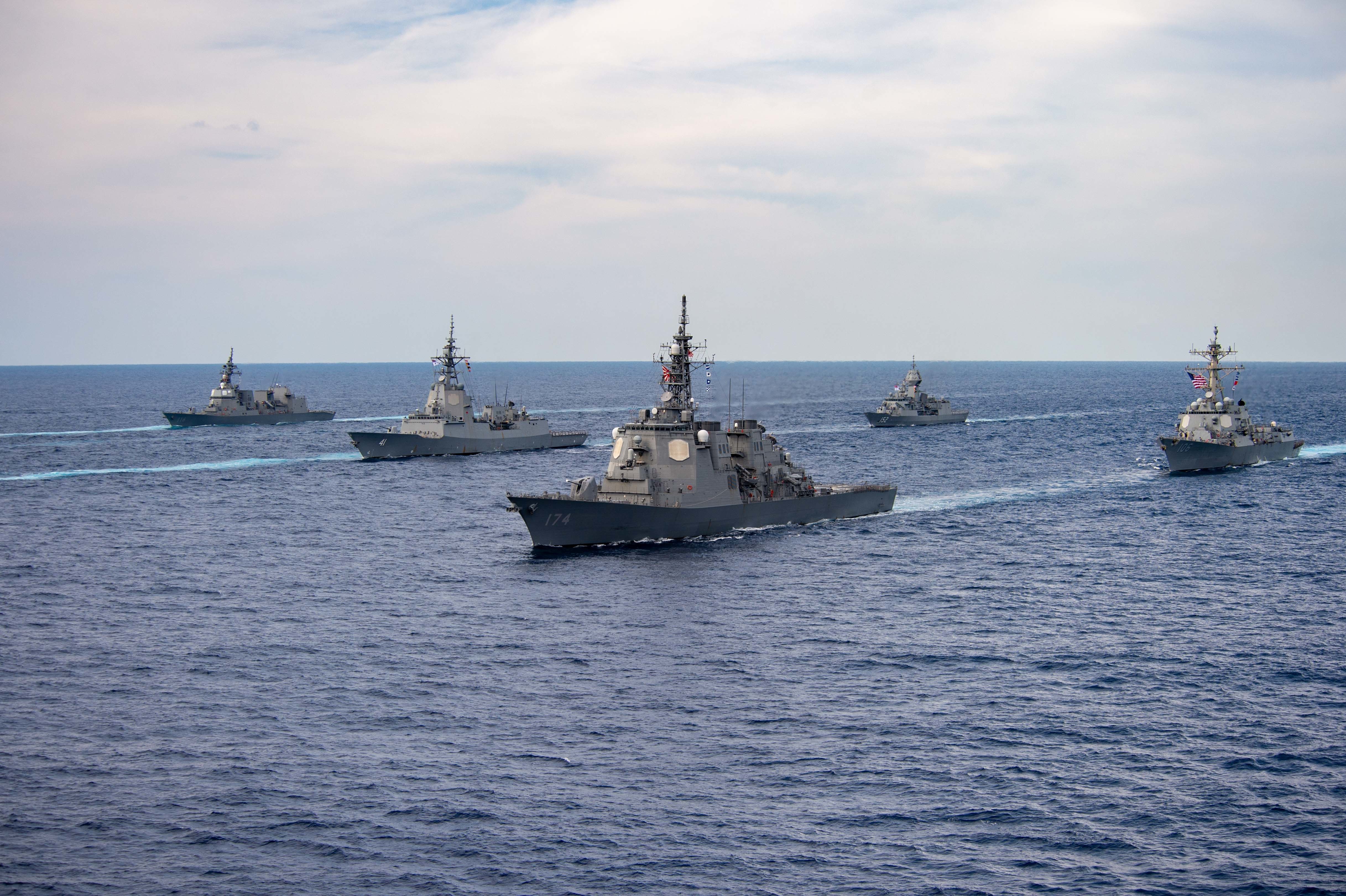 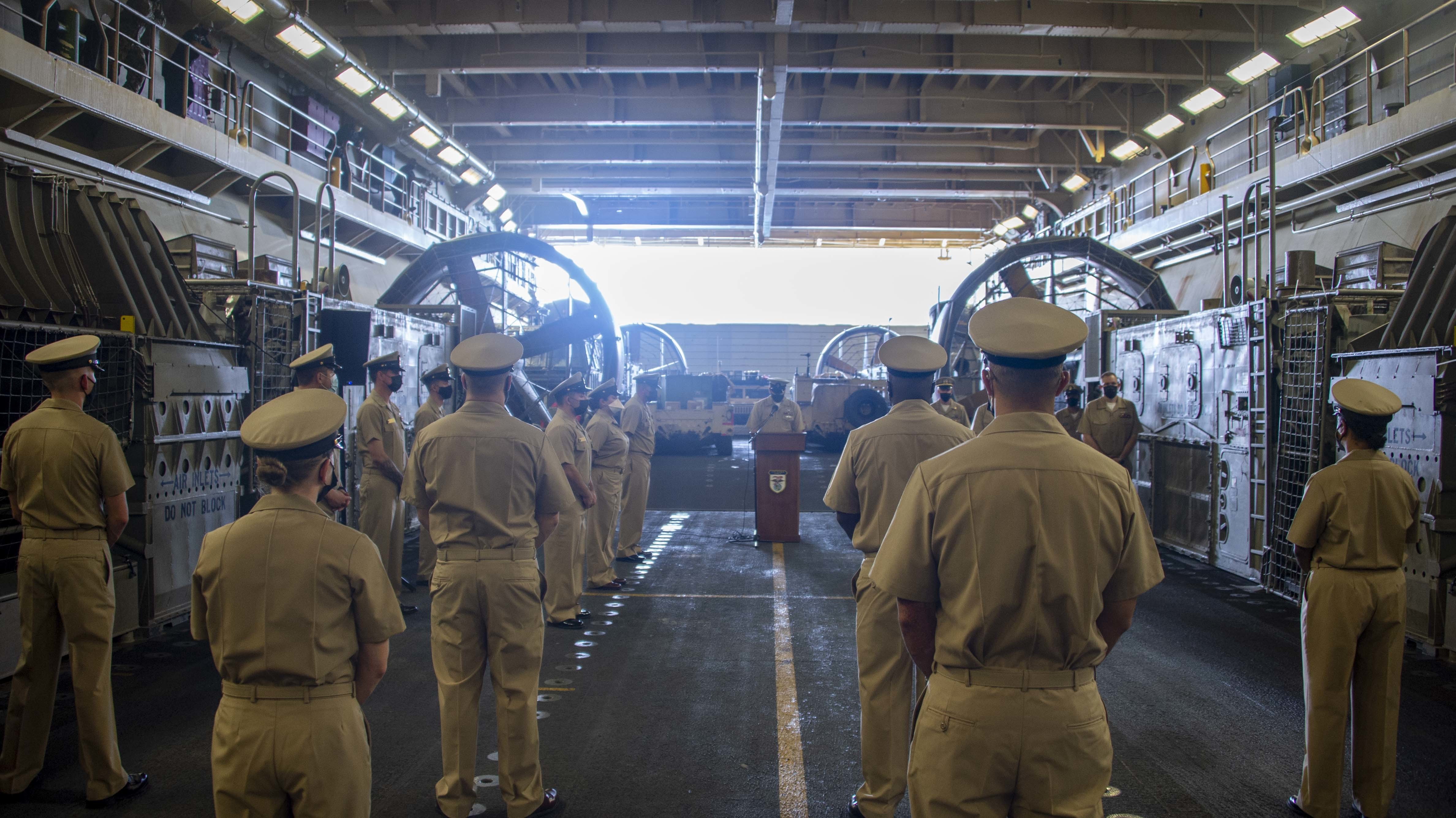 The Essex Amphibious Ready Group (ARG) with the embarked 11th Marine Expeditionary Unit deployed Aug. 12 and is in port in Manama, Bahrain. 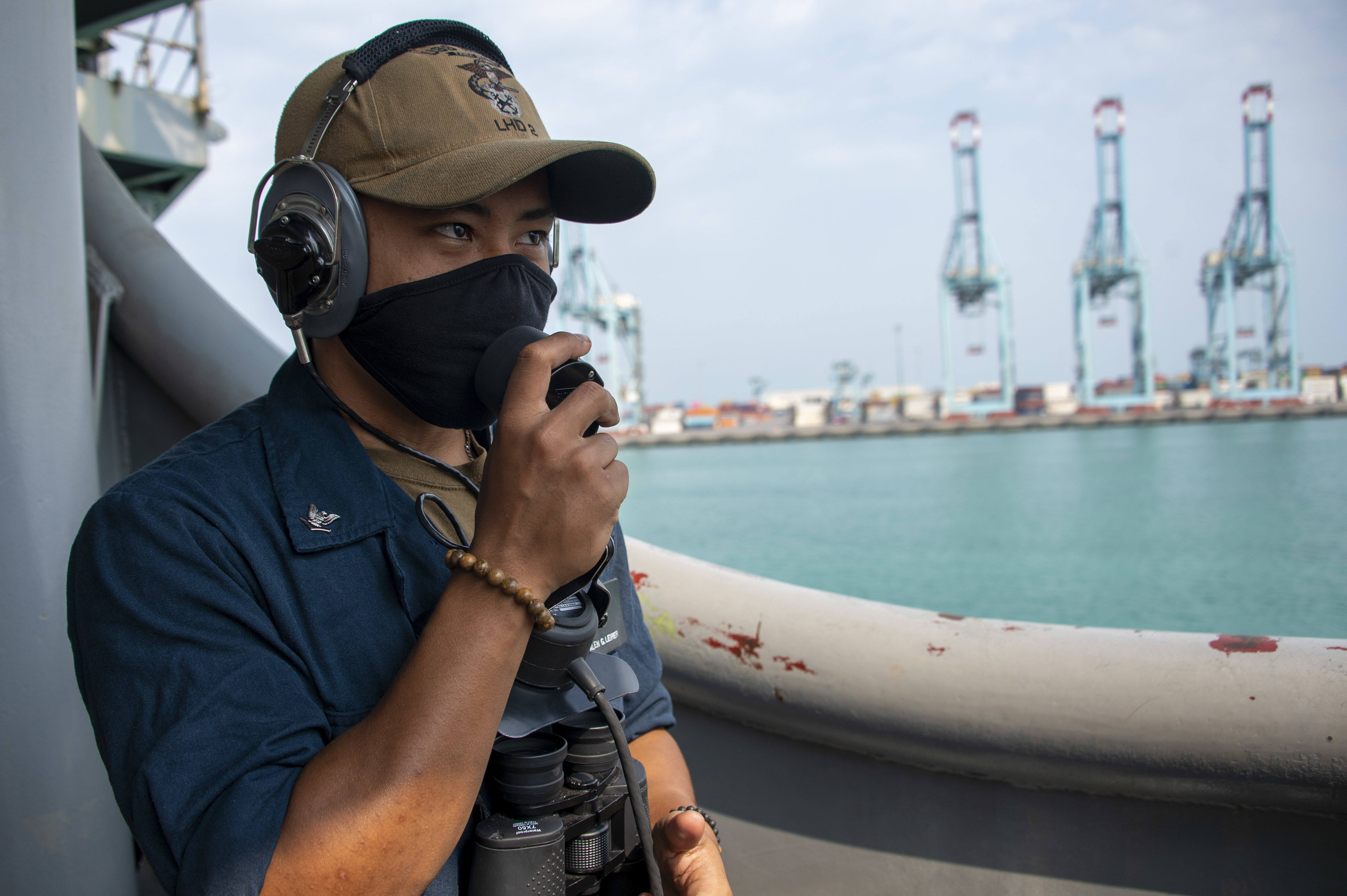 After a challenging week for #CSG21 it is great to see the flight deck of @HMSQNLZ busy operating F-35B jets from the @USMC and @OC617Sqn again. @RoyalNavy @RoyalAirForce pic.twitter.com/LiAzUKYcwG

The U.K. Royal Navy Carrier Strike Group, led by HMS Queen Elizabeth (R08), is on the tail-end of its deployment and is currently in the Eastern Mediterranean Sea in the vicinity of Crete. A U.K. F-35B Lightning II Joint Strike Fighter operating from Queen Elizabeth crashed in the Mediterranean on Wednesday, the U.K. Ministry of Defense announced. “A British F-35 pilot from HMS Queen Elizabeth ejected during routine flying operations in the Mediterranean this morning,” reads a statement from the MoD. “The pilot has been safely returned to the ship and an investigation has begun, so it would be inappropriate to comment further at this time.”

The Times reported that the U.K. has requested U.S. Navy diving and salvage assets to locate and recover the lost jet. 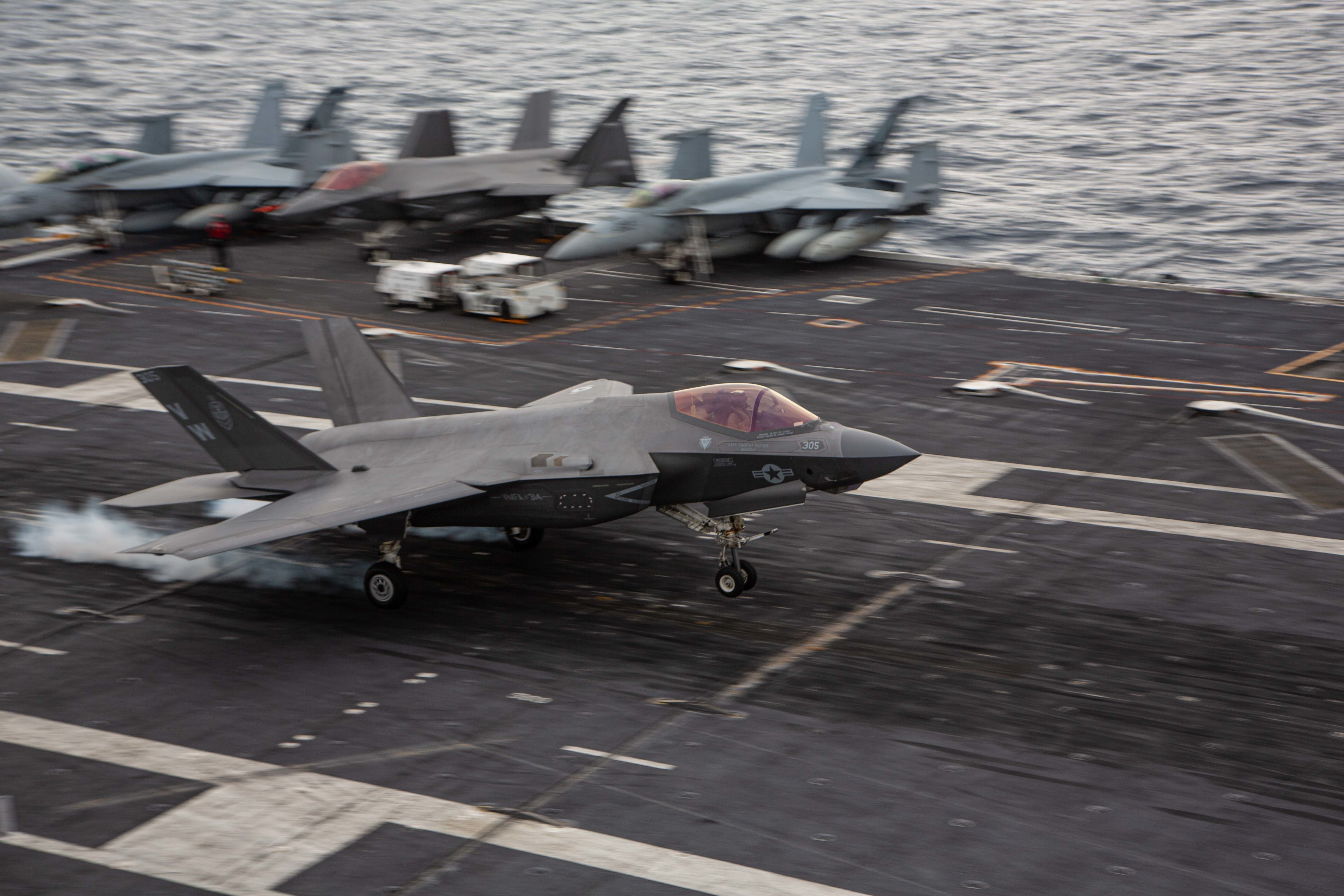 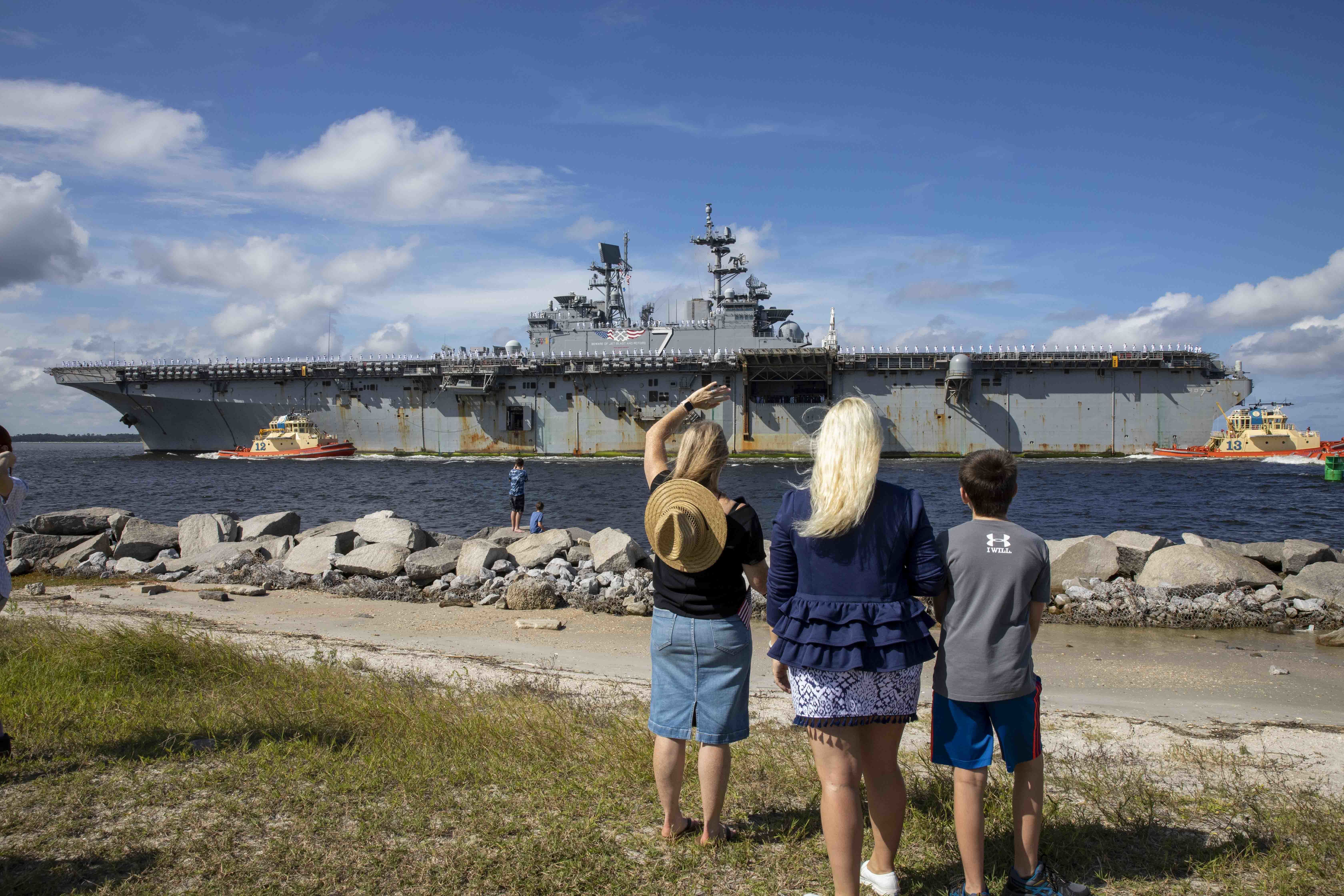