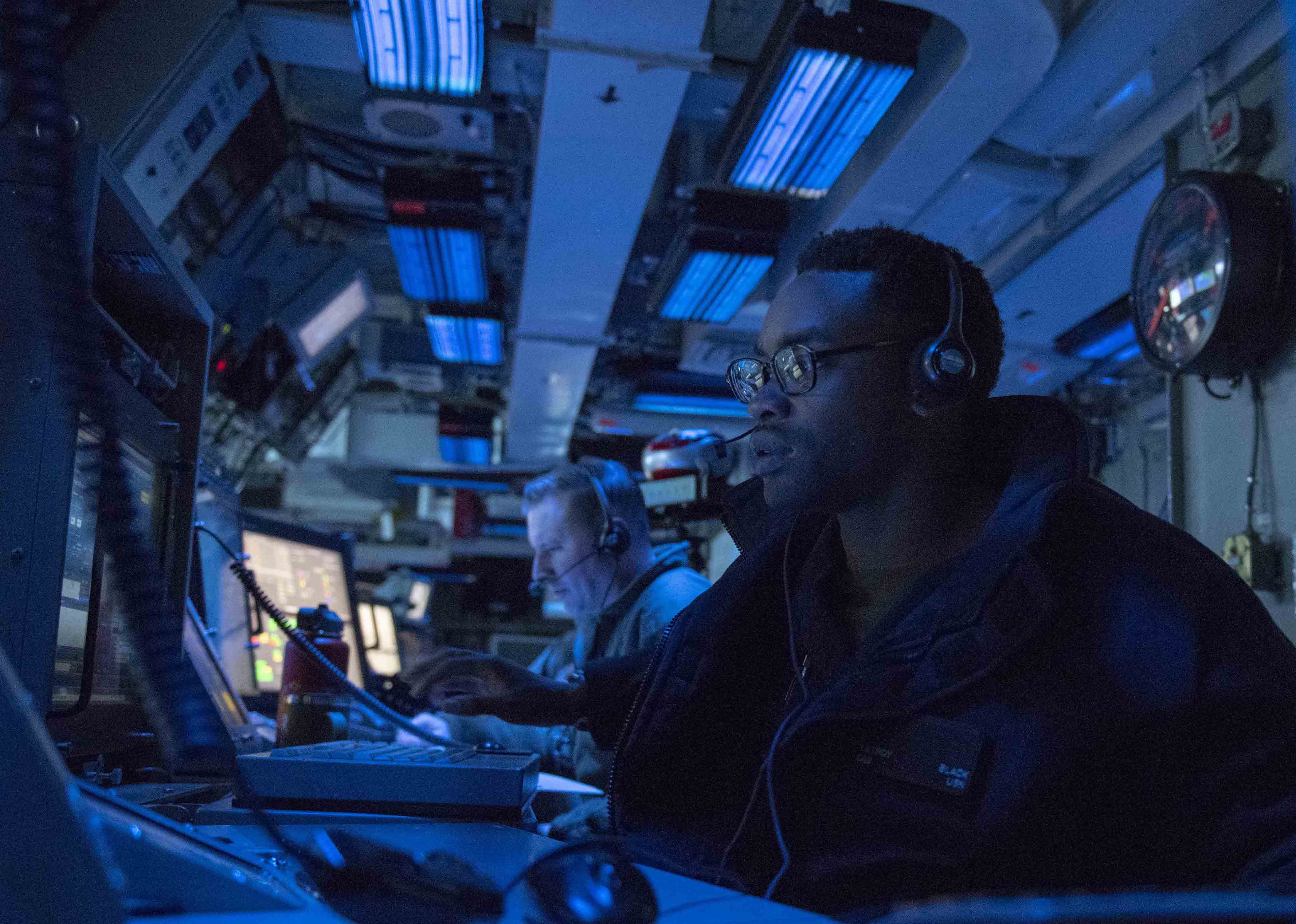 China’s push to harness “quality data” for military use has put Beijing “way ahead of us” in this area of high technology, but the Pentagon remains the leader in domain expertise like anti-submarine warfare and artificial intelligence, a former vice chief of naval operations said last week.

Retired Adm. Bill Moran declined to call Beijing’s advances in hypersonic weapons a “Sputnik moment” for the American military, but he acknowledged “we’re in a race” to keep a technological edge.

Chairman of the Joint Chiefs of Staff Army Gen. Mark Milley last month said China’s hypersonic test firing over the summer “has all of our attention.”

Speaking at a Navy League webinar on artificial intelligence, Moran said “the Navy has hordes and hordes of data” from personnel to weapons systems to maintenance, but much of it is stove-piped and unavailable to other users. Complicating matters, it was sometimes written in out-of-date coding languages, such as Fortran and Cobol. He said these were the codes he used as “a card-puncher at the Naval Academy.”

Moran added that “a lot of people want to go to the tactical edge” in introducing artificial intelligence and machine learning to the Navy to meet that perceived requirement. “What’s missing is the simulation” with accurate data to discover best uses and practices, even in damage control and firefighting aboard ships. He said a wise first investment would be “to build out the infrastructure of the labs” to meet those immediate concerns and build from there.

In practice, he said, “we need a person in the loop” for damage control. Moran applied the same rationale to autonomous weapons, with added ethical concerns. “I’m going to leave it to scholars to figure out the right answer. … Deliberate may be better than rash.”

Instead of pushing resources to the “tactical edge,” Moran said, “we could see the greatest return in administration” – managing people, sustainment and budget building. Unlike their counterparts in the American commercial sector who are operating without restrictions of authorities, sailors “don’t have the tools to be more nimble” in decision making.

When he was air warfare chief, Moran said, “it was frustrating for all of us,” working with large Excel spreadsheets, in deciding which programs to advance and which to curb. Moran added that during his time in that position and later as chief of personnel, the recurring complaint was “if we only [had] the data, we can answer the question” that sailors and their families have on “what’s coming next” in their careers.

Navy planners in air warfare and personnel had more than enough data, but it had little value, since wheat was not separated from the chaff.

He said there is great promise in applying artificial intelligence to personnel and maintenance, but there is also cost in clearing out old coding and integrating data with other users. “You’ve got to get to the domain folks with the people doing the code” using quality data to produce good results.

On improving maintenance performance in Navy shipyards and depots, Moran said “we’re getting there.” The goal is to “be more proscriptive at the end of the day. Eventually AI will be able to jump in” to meet the goals of the Shipyard Infrastructure Optimization Plan, the service’s plan to overhaul its public shipyards.

“There’s been a lot of good progress” in digitizing personnel and maintenance areas and preparing the way for more uses of machine learning and artificial intelligence. “The Navy is leading the pack across DoD,” Moran added.

Looking more broadly at the Navy’s Program Objective Memorandum that sets spending priorities, Moran again pointed out there was plenty of data, but that it’s siloed. It didn’t address larger questions such as force deployment models of “where do I get the most naval power” and from what source. Applying artificial intelligence to the process could also help in considering sustainment, congressional disruptions or the chief of naval operations’ priority reset in budget building.

Moran said the Pentagon and Congress have identified an artificial intelligence roadmap for the future, but they must “stay committed, more akin to me like [developing and fielding] nuclear power, nuclear weapons.” He did express concern that the Joint Artificial Intelligence Center, created in 2018, may now have outlived its usefulness in spurring creativity and instead become another layer of bureaucracy.