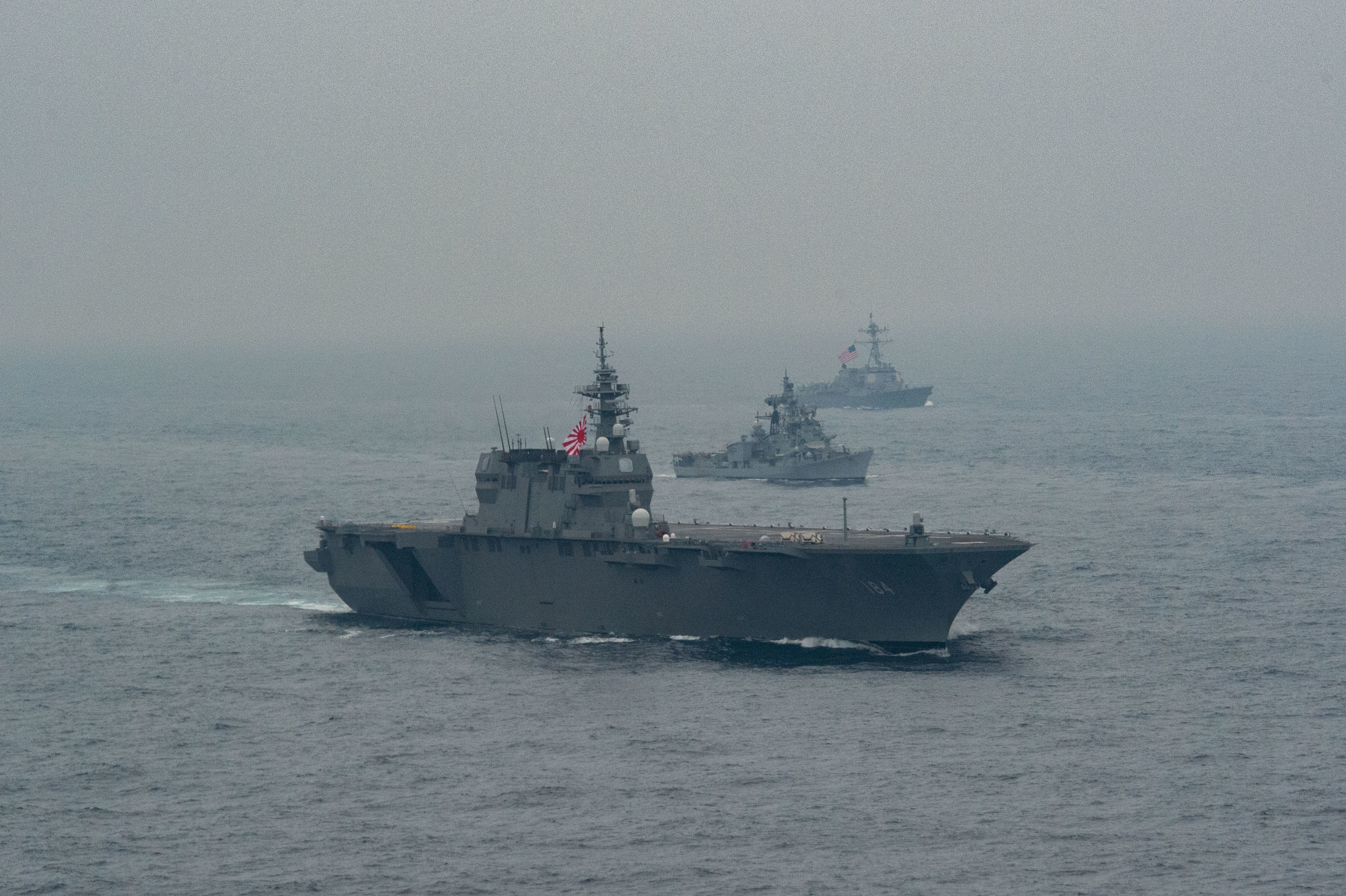 The more China pursues its ambitions in the Indo-Pacific, the more the United States, Japan, India and Australia will do to push back against Beijing’s bullying, a panel of regional security experts said Tuesday.

Michael Green, senior vice president for Asia at the Center for Strategic and International Studies, said President Xi Jinping “is not putting on his Mr. Nice face” in looking abroad, as he heads into the next party Congress.

“These four navies [in the Quad] are very powerful” and when acting together send a message to China that they intend to secure trade routes and, as democracies, uphold the rule of law in international disputes, as in the case of Taiwan, he said.

Speaking from Canberra, Susannah Patton, a research fellow at the United States Studies Center at the University of Sydney, said “the Quad does [thwart Chinese ambitions] just by existing. It’s a positive partnership” that showed its value to the region in the past year by distributing COVID-19 vaccines to control the pandemic.

She added later that Australians view the Quad and the Australia, United Kingdom, United States, or AUKUS, agreement as “two completely separate arrangements.” The Quad has a diplomatic role in Canberra’s view, while AUKUS is related to military security.

“I think there is real support for a Quad Plus,” Green said, where Canada, France, South Korea and potentially others participate in exercises like Malabar and strengthen trade agreements with other democracies and Southeast Asian nations. He added he did not see the Quad or a Quad Plus becoming “a formal security arrangement,” like NATO, any time soon.

The reality, Green said, is that across the Indo-Pacific China is a major trading partner with nations in the region, and even allies like Seoul do not go out of their way to antagonize Beijing. They do not want to suffer the punishing tariffs and embargoes that China has placed on Australia.

Speaking at the CSIS online forum, he and the other panelists saw support in Japan, India and Australia for the Quad, the informal security, diplomatic and economic arrangement among the democracies that started in 2006-2007 with the U.S., Japan and Australia coordinating disaster and humanitarian relief efforts regionally.

Green said over the next 15 years the informal arrangement, which later included India, had its ups and downs.

“There’s not a lot of pushback against the Quad” in Japan, he added, “for good reason [because Tokyo realized] it can’t handle China alone.” He estimated that the Japan Maritime Self-Defense Force was now about one-third the size of the People’s Liberation Army Navy and Japan needed more partners to deter China.

As for India, Richard Rossow, a senior CSIS adviser, said Delhi was at first skeptical about the Quad’s goals. Were the U.S. and Japan primarily trying to draw India into conflicts in the East China and South China Seas and not address Delhi’s concerns over China’s challenges in the Himalayas and its growing commercial presence in the Indian Ocean, he asked rhetorically.

What the government of Prime Minister Narendra Modi realized is that “India continues to lose ground” to Beijing militarily and economically, he said, and an informal arrangement could work to its benefit. Modi’s government has made the U.S. its largest partner in military exercises and has entered into a number of technology-sharing agreements with Washington.

Green and Rossow said this tighter arrangement between the two nations will not necessarily lead to a formal security arrangement. Green noted India has historically remained non-aligned in great power competition. It’s also one of Russia’s largest military sales customers, including India’s purchase of the sophisticated S-400 air defense system.

As for involvement with Taiwan, the source of the greatest tension in the Indo-Pacific, Rossow said “there are some natural synergies” and technologies India is interested in advancing. “Let Taiwan take the lead” on building the relationship. It “has a lot more at stake than India has” in any confrontation with China.

In Australia, Patton said that although public opinion does not favor Canberra’s involvement in an active defense of Taiwan, if the island is invaded “there can be little doubt Australia would be involved in some way” under its treaty arrangements with Washington.