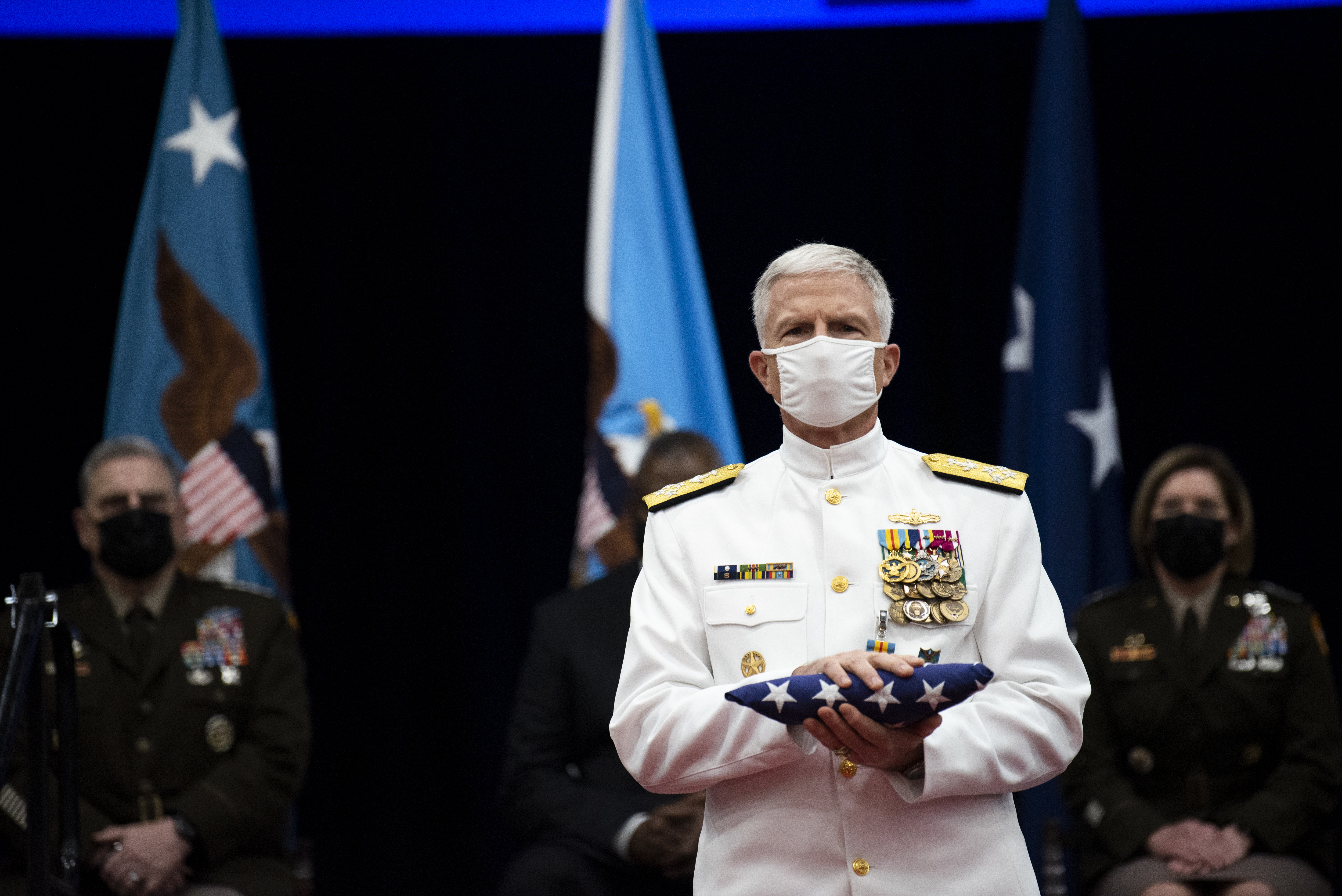 Upholding human rights and the rule of law are key tenets in building professionalism in the armed forces across Southern Command, the outgoing commander said in his farewell speech on Friday.

Adm. Craig Faller called that commitment to values “the ethical North Star,” during his change of command in Florida.

By doing that, “we build trust” and “we call that combat readiness.”

Faller, who assumed SOUTHCOM’s leadership in 2019, added, “this neighborhood is our shared home.” He called for “more personal exchanges” and joint exercises to build that base of trust. “We must be on the field together to win.”

From COVID-19 to corruption in government, transnational criminal organizations, large-scale migration and the growing influence of China in the region, Faller said these values “are under assault.”

But in his three-year tenure, “we [the military forces in Central and South America] remained professional.” He added the command’s area of responsibility is strategically important as a trading partner with the United States and also as a source of natural resources from water to lithium.

As for the pandemic, Austin said, “Admiral Faller secured more than $90 million for medical equipment, field hospitals, cold-storage containers and more for our partners.” The United States sent 34 million doses of vaccine into the region.

Army Gen. Mark Milley, chairman of the Joint Chiefs of Staff, praised Faller’s tenure as commander for showing other regional commanders and the services how to build “integrated deterrence” across all domains with allies and partners.

Austin said, integrated deterrence “is a 21st-century vision for security that pulls together technology, and operational concepts, and capabilities. all woven together and deeply networked so that we can continue to deter conflict seamlessly, across every domain, and throughout every theater, and from every foe.”

Applying this approach to counter-drug operations, interdictions were up 55 percent in a year.

“In this region, [integrated deterrence also] means helping our neighbors strengthen their capabilities. It means sharing information. And it means working in lock-step with our partners,” Austin added.

Army Gen. Laura Richardson, at the ceremony, said “the cross-cutting threats” like the pandemic and transnational criminal gangs that the command faces “knows no borders.” In taking command, she said she intends to take advantage of technologies to build on Faller’s “integrated deterrence” initiatives.

Faller testified earlier this year deep cuts in the command’s intelligence, surveillance and reconnaissance budget like 2020’s have a major impact on operations, like drug interdiction.

“Intelligence drives everything,” he said.

Austin said Richardson, who commanded Army North, “is pushing doors of opportunity for all the women in our military” as she became the “first woman to lead SOUTHCOM.”