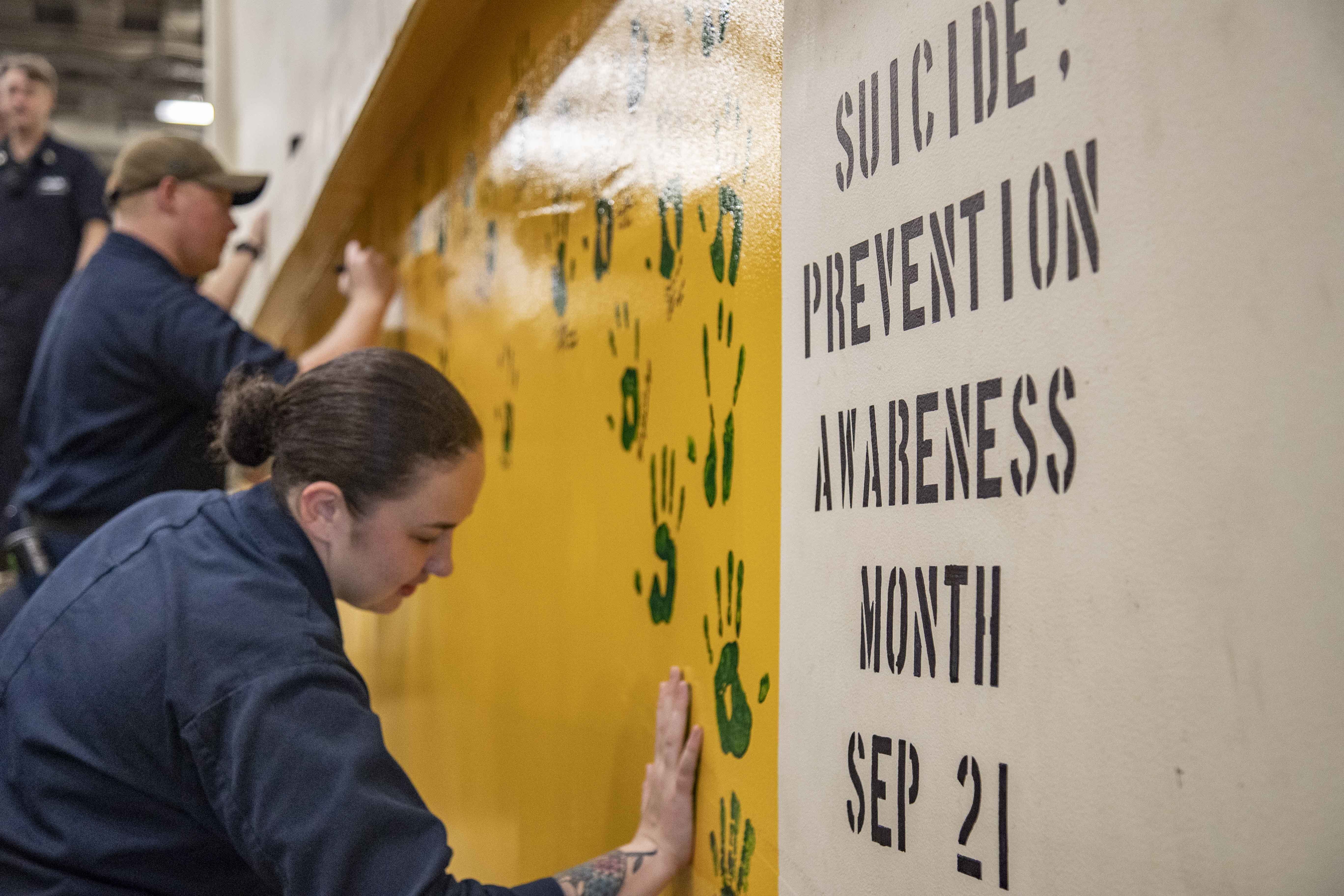 The Navy has seen its lowest rate of suicide in four years in active duty sailors, while the other services have seen a rise, according to the Department of Defense’s most recent suicide report.

While the Navy is seeing a lower rate, the service declined to speculate as to what caused the decrease.

“Changes in suicide counts from year to year are difficult to interpret because of the high degree of statistical variability,” said Lt. Cmdr. Adam Cole, a spokesperson for the Navy. “It also would be speculative to compare Navy rates to other services. One death to suicide is one too many.”

The suicide rate appears to have plateaued, Cole said in an email, although he did not give an explanation for why the number has stayed relatively the same over four years. In 2019 the rate was higher, with 22.1 deaths per 100,000 sailors. That was the highest rate over the past five years.

“We continue to work towards decreasing Navy suicides through building resilience in our sailors and their families, enhancing primary prevention practices, increasing access to care, and supporting postvention efforts,” Cole said in his email. “We are dedicated to taking care of our Navy family and building safer, healthier communities for the entire Navy community.”

What caused the Navy to see a decreased suicide rate in 2020 is an open question, said Rajeev Ramchand, a senior behavioral specialist at RAND. While having more years of data is better for analysis when looking at rates, it is still important to look at the year-to-year changes, Ramchand said.

In the case of the Navy, the dip shows the service needs to continue to invest in mental health, as sometimes a dip will cause a cease in efforts, he said.

“That’s the worry when things are going in the positive direction that people kind of start disinvesting because they feel like they have it under control,” Ramchand said. “But it’s maybe those investments that have kept it under our control.”

The Navy’s way to reduce suicide is a public health approach, Cole said in the email. The Navy implements evidence-based strategies, including teaching how to cope, how to identify people at risk and by reducing barriers to help.

“An increased focus is also being placed on primary prevention policies, programs, practices, and processes that will allow us to address risk factors prior to the manifestation of suicide-related behaviors (SRBs),” Cole said in the email. “We are dedicated to taking care of our Navy family and building safer, healthier communities for all.”

One of the concerns in 2020 and 2021 was the effect the COVID-19 pandemic had on suicide rates, including how isolation could impact military members.

“Surveillance data, by its nature, cannot directly pinpoint changes in suicide rates to any specific causal factor or event; however, DoD is operating with the understanding that the COVID-19 pandemic could be one of multiple factors influencing service members’ present and future well-being and suicide risk,” according to the DOD report.

The Navy continued to promote its 1 small ACT program, which was in place before the pandemic, Cole said in his email.

The 1 small ACT teaches sailors to ask shipmates who appear to be struggling if they are thinking about taking their own lives, listen to their colleagues and get the sailor help, either through a leader, medical professional or chaplain, Cole said in the email.

The Navy also increased its use of digital services, with the Every Sailor, Every Day campaign, which oversees Project 1 Small Act Campaign, providing online resources about resilience The Sailor Assistance and Intercept for Life (SAIL) program, which focuses on sailors that have suicide ideation or have attempted to kill themselves, provides contacts through the phone to sailors who indicated they had suicide-related behavior, according to the DOD report.

Chaplains often act as the first responders for mental health concerns, according to a study in Suicide and Life-Threatening Behavior, the American Association of Suicidology’s journal. The study looked at three public health approaches to military suicide.

Due to concerns about stigma and the effect mental health issues can have on a person’s career, chaplains are often the gateways to help and, in some cases, may be the only people who can provide suicide intervention, according to the study.

Stigma around mental health continues to be a barrier in getting help, according to the DOD report. Concerns about how seeking help will affect careers is the primary barrier preventing service members from seeking services.

“Active Component Service members endorsed several reasons for not seeking help, including loss of privacy/confidentiality (69.0%), fear of being perceived as ‘broken’ by chain of command or peers (71.0%), and perceived negative impact to their career (68.0%),” according to the DOD report. “Another common misconception […] is that seeking mental health care will negatively impact one’s security clearance.”

In 2019, 71 percent of active-duty military members surveyed reported that they did not seek help because of concerns that they would appear broken.

The Resources Exist, Asking Can Help (REACH) Training pilot run at multiple military installations in 2020 showed promise for lowering service members’ perceptions about access to care, according to the DOD report.

Those in the REACH pilot also reported more comfort with seeking help. 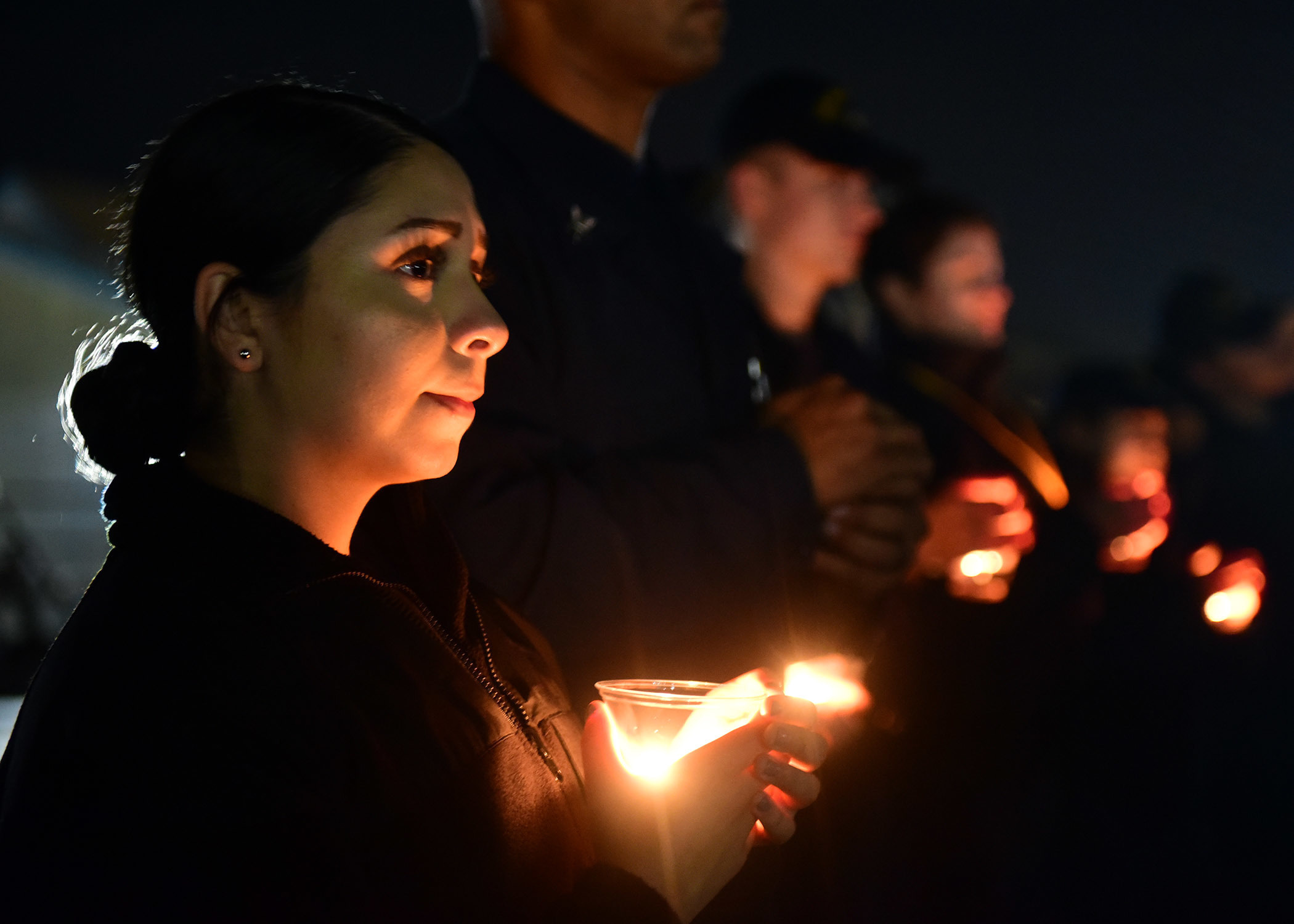 The Department of Defense in 2020 also continued its Real Warriors Campaign, which uses targeted messaging to promote a supportive culture and encourages people to reach out for psychological health.

The Real Warriors Campaign, launched in 2009, helps connect those in the military community with resources. In 2020, there were 3,466 “help-seeking actions,” which included live chats, referrals to care and calls to crisis lines, according to the report.

Specifically in the Navy, the service created the WARRIORTalk video series to address stigma and encourage sailors to seek resources.

Ramchand has noted a shift in the conversations around mental health. While he is not sure if that means there is a lowered stigma, he has noticed more people talking about mental problems, like post-traumatic stress disorder.

Stigma has been a concern for a while, he said, both for the military and the general field of psychology.

One way the services can continue to address mental health concerns is leadership buy-in, Ramchand said. When it comes from the top, it sets the tone.

Secretary of the Navy Carlos Del Toro has talked about mental health when speaking about the future of the Navy. During an Oct. 5 talk at the Naval Academy, he spoke about the importance of sailors looking out for each other.

The Navy is also adding mental health provider billets that are embedded within the fleet, Cole said. The percentage of billets increased from 29 percent in 2020 to 35 percent in 2021.

“[The] Navy recognizes that our goal to reduce suicides will be realized through incremental progress and that sustainable change may not follow a linear pattern from year to year,” Cole said in his email. “We are continuously working to strengthen efforts in evidence-based prevention and intervention strategies that have demonstrated effectiveness in both civilian and military populations.”

Although the Navy’s suicide rate dipped in 2020, it had climbed since 2015, following the trend of the overall rate among active-duty service members. 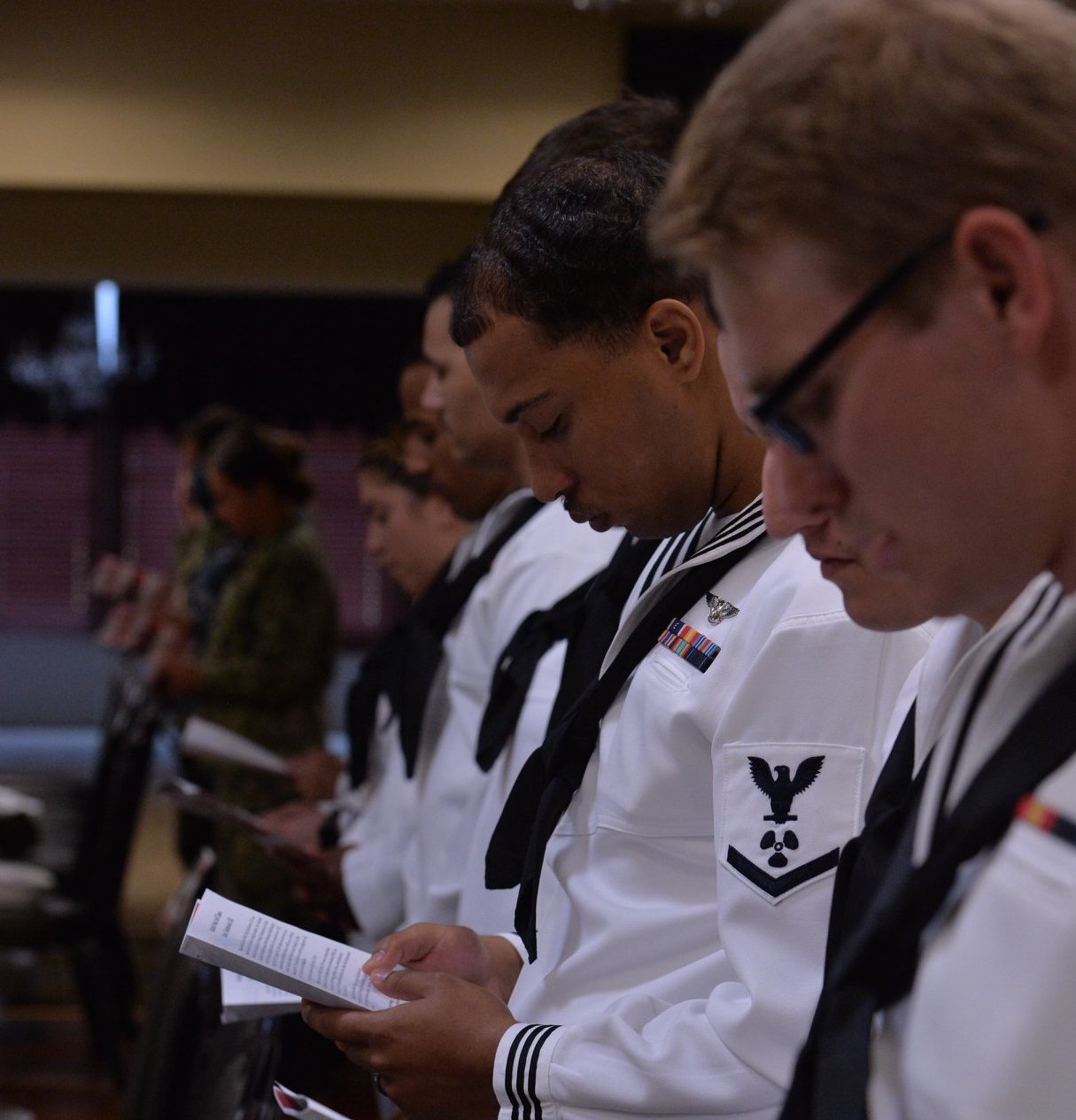 Despite the rise from 2019, as well as from 2018, the DoD considers the 2020 rate comparable to 2019 and 2018 because the changes over the two years were not statistically significant, according to the report.

One of the driving factors in the active duty service suicide rate are trends in the Army, Ramchand said.

The Marine Corps had the second-highest suicide rate at 33.9 deaths per 100,000 Marines. Of the total service members who died, approximately 11 percent were active-duty Marines.

In 2020, 580 service members, including reservists, died by suicide, according to the DOD report. Of the 580, 384 suicides were active-duty service members.

“In the United States, males have nearly four times higher risk for suicide death than females (CDC, 2019),” according to the DOD report. “Since the military has a higher percentage of males (81.3%) compared to the U.S. population (49.2%; U.S. Census Bureau, 2021), it is not surprising that military suicide rates are higher.”

This is also true when looking at age because the mean age in the military is 29.7 versus 39.1 in the general population.

The DOD suicide rate, once adjusted for age and sex, among active-duty service members is comparable to the overall suicide rate in the United States, Ramchand said.

It is the veterans that have significantly higher rates of suicide, especially in the first five years after leaving the military, he said.

The highest suicide rates are seen in the first year, according to a September 2020 article published in the journal JAMA Network Open, which looked at suicide rates among veterans who transitioned out of the military. During this year, a veteran has a hazard rate of suicide 2.5 times higher than an active-duty service member.

Suicide rates generally increased over the first year since leaving the military, peaking at about six months to a year, according to the study. This was true for the Army, Marine Corps and Air Force.

However, for the Navy, the rates peaked between three to six months after transitioning to civilian life, according to the study, although it did not speculate as to why the Navy rates peaked earlier.

Rates were higher for the Army and Marine Corps veterans, which matches the higher rates seen in active-duty soldiers and Marines.

Similar to active-duty rates, the highest suicide rate was among younger veterans, especially those who left after two or fewer years in the service, according to the JAMA study.

Although suicide rates were highest in the first year after leaving the military, the rates continued to be higher than average for six years post-military, the study found.