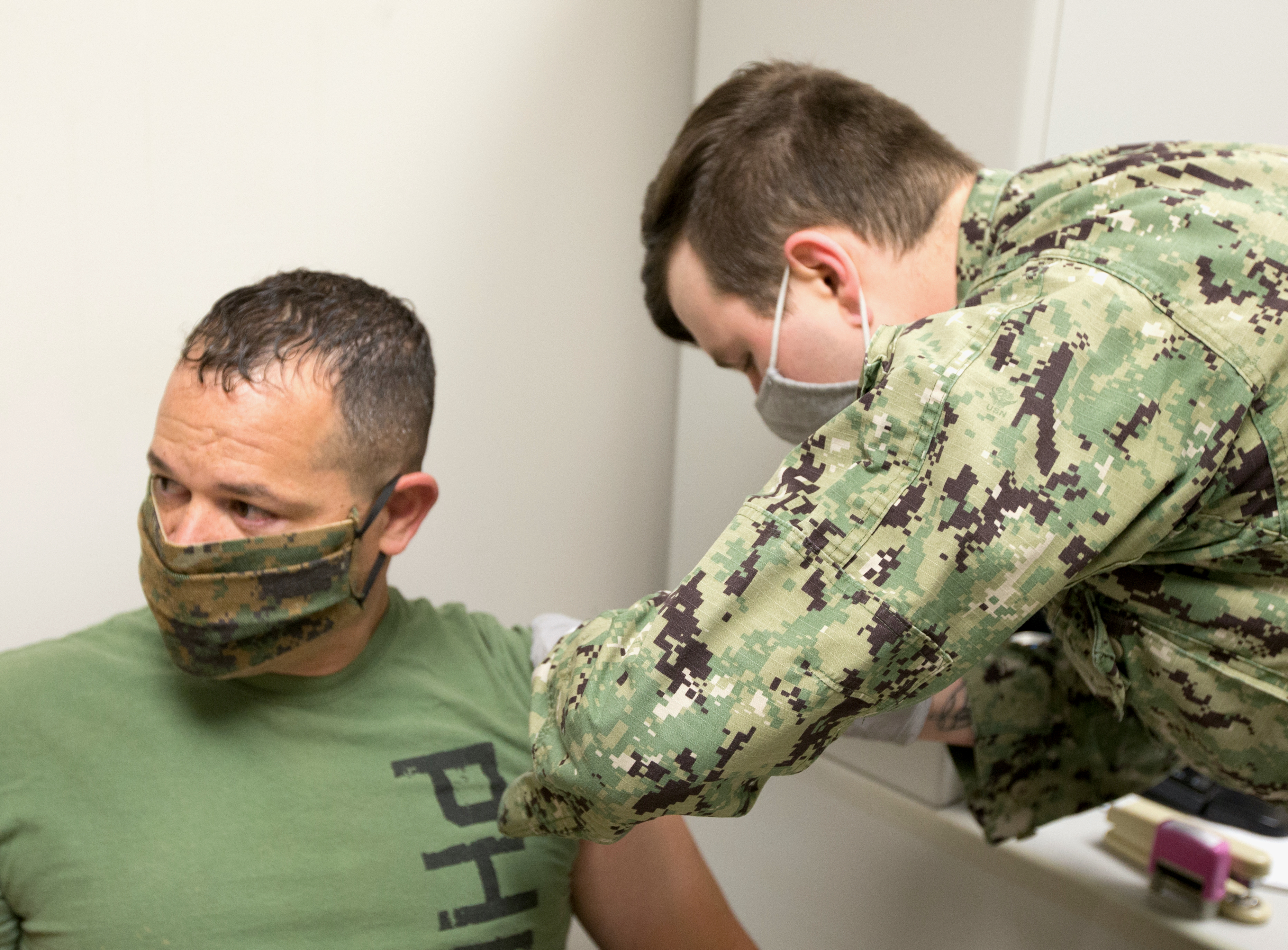 All active-duty Marines will need to be fully vaccinated against COVID-19 by Nov. 28 or face separation, according to new guidance from the Marine Corps.

The Marine Corps guidance, signed Saturday and released by Lt. Gen. D.J. Furness, deputy commandant, plans, policies and operations, follows the Navy guidance from two weeks ago, which gave active-duty sailors until Nov. 28 to be fully vaccinated and reservists until Dec. 28.

Anyone not fully vaccinated, which is defined as two weeks after receiving the second dose of a two-dose COVID-19 vaccination or the one-dose Johnson and Johnson version, who does not have an exemption or pending exemption will be administratively separated.

Those being separated for vaccine refusal will receive no lower than a general discharge under favorable conditions, according to MARADMIN 612/21.

“A Marine who has not been fully vaccinated is not considered worldwide deployable and shall be assigned or reassigned, locally, to billets which account for health risks to the unvaccinated Marine and those working in proximity to the Marine,” according to MARADMIN 612/21.

Religious and medical exemptions are being considered on a individual basis by each branch of the military, with some waivers getting accepted while others are not, Pentagon Press Secretary John Kirby said during a Monday press briefing.

Religious exemptions are not new, he added. The military has accepted them for other vaccines in order to respect service members’ religions, although the numbers, in general, are small, Kirby said.

However, not being vaccinated due to a religious exemption could affect someone’s ability to deploy, Kirby said, although that will be determined by the individual’s service and unit.

Marines who are discharged for refusing the vaccine will not be eligible for involuntary separation pay, according to the guidance. They also face recoupment of unearned incentives or other special pay and advanced educational assistance.

A Marine who refuses the vaccine will have promotions delayed. They cannot reenlist or execute orders, outside of separation orders.

The Pfizer- BioNTech two-dose vaccine has received FDA approval and will be marketed as Comirnaty. Since it received FDA approval, the Marine Corps and the Navy can mandate that active-duty service members receive the Pfizer vaccine, which the services did through NAVADMIN 190/21 and MARADMIN 462/21.

Marines are allowed to receive any vaccine currently under emergency use authorization, which would be the one-dose Johnson and Johnson or the two-dose Moderna, if they do not want to get the Pfizer vaccine.

Required vaccination is not new. MARADMIN 462/21, which was released Sept. 1, mandated vaccination and gave a deadline of 90 days for active-duty Marines and 120 days for reservists.

The new guidance now allows for separation if a Marine refuses vaccination and does not have an exemption or pending one.

MARADMIN 462/21 also lays out how Marines can get temporary and permanent medical exemptions.

Previously having COVID-19 will not exempt a person, even with a positive serology test. A person who currently has COVID-19 can delay their vaccination until they no longer need to be isolated, according to MARADMIN 462/21.

As of Oct. 20, 163,879 Marines are fully vaccinated, while 24,875 are partially-vaccinated, according to the Department of Defense.

The Department of Defense considers COVID-19 a national security issue, with vaccination the best way to address, Kirby said. Getting the vaccine will allow those in the service to be able to do their jobs and defend the country.

“We believe that the vast, vast majority, and the numbers are bearing that out, of our men and women understand that too, and are getting the shots and are getting themselves protected so that they can also protect their families, their units and their communities,” Kirby said.