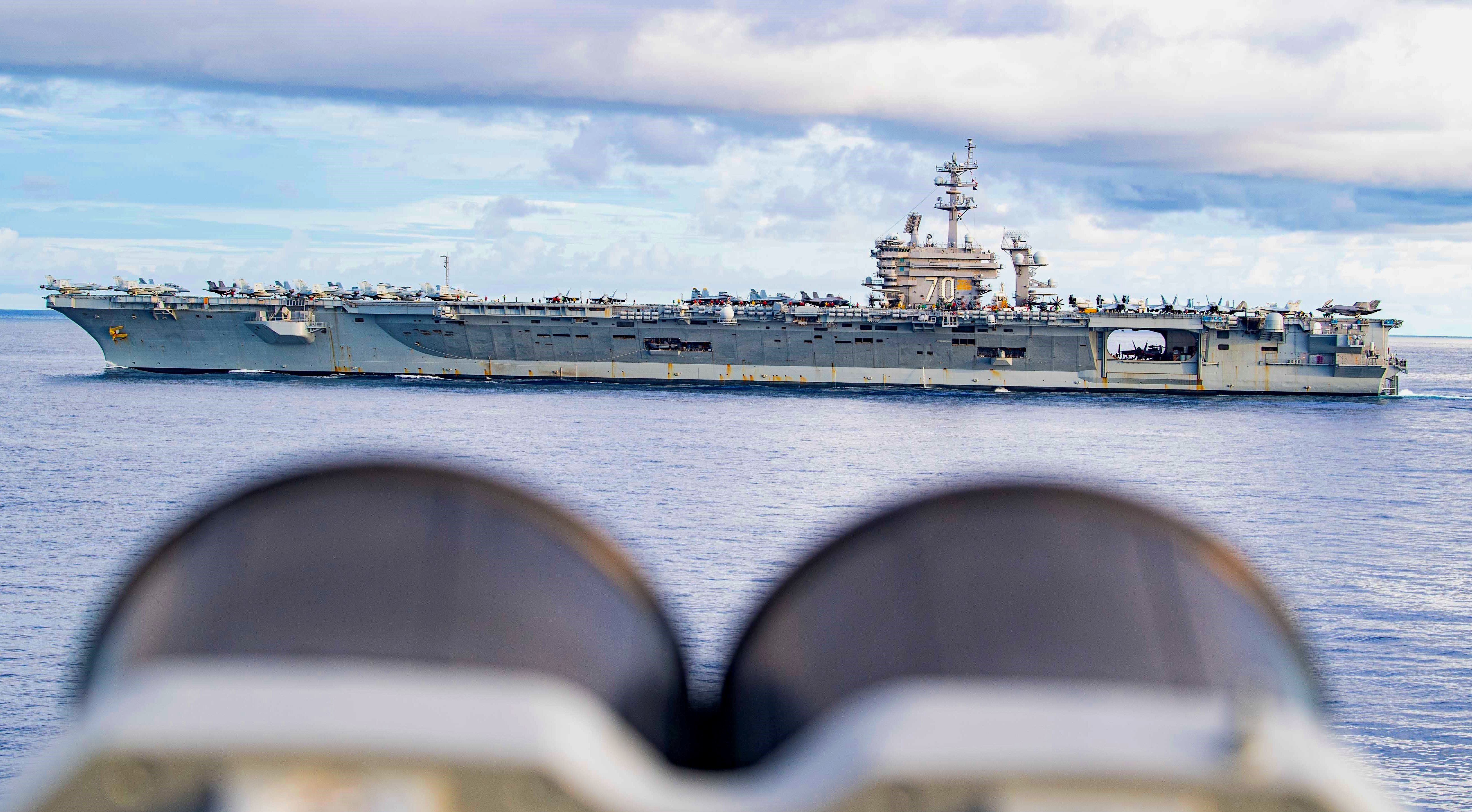 The Navy’s ability to defend the nation’s vital security interests is “marginal,” – with the caveat that its score is trending to “weak” in capability and readiness – while the Marine Corps’ ability is graded as “strong,” according to a think tank’s latest survey of United States military power.

The Heritage Foundation’s 2022 Index of Military Strength rated the Pentagon overall as “only marginally able” to operate in key regions – such as Europe, the Middle East and Asia – based on existing alliances like NATO, political stability, the forward presence of American forces and the state of key infrastructure, like ports and highways in foreign nations and domestic shipbuilding and repair.

“Marginal” in the index’s ranking is the middle grade on its five-step scale, according to Dakota Wood, Heritage’s editor for the project and a retired Marine. Explaining “marginal” as a grade, he said in terms of capacity it comes down to being “not big enough or equipment [being] too old.”

As the authors noted since 2015, using open sources, “the index should be seen as a report card for how well or poorly conditions, countries, and the U.S. military have evolved during the assessed year” in having a military force capable of fighting two major regional wars almost simultaneously. The 2022 report added the recently established U.S. Space Force.

Looking at the Navy, author Brent Sadler found the “battle force fleet of 297 ships and intensified operational tempo combine to reveal a Navy that is much too small relative to its task.” The report also noted the fleet is continuing to age, requiring more maintenance and time off station.

Wood, in his comments on the index when it was released on Wednesday, said “more than half [the ships in the fleet} are over 20 years old.” They include “some of our premier” warships – “fast-attack submarines, ballistic missile submarines and cruisers.”

Using the benchmark Heritage established two years ago, the optimal fleet size would be 400 ships, consisting of 13 carrier strike groups and the same number of carrier air wings. The air wings would have 624 strike fighter aircraft.

In addition, the fleet would include 15 expeditionary strike groups.

Sadler added in the Navy report that since unmanned platforms “have not matured as a practical asset” yet, an assessment of them is not included. The same holds true with the Navy’s growing increases in “research, modeling, wargaming and intellectual exercises” on new classes of warships, which are not scored in the report card.

But on shipbuilding and maintenance, the index uses a troubling statistic that the numbers in the skilled labor force – welders and pipefitters – are shrinking and their wages dropping relative to inflation at a time when more workers would be needed to grow the fleet.

“Of particular concern is the increased production of nuclear-powered warships, most notably nuclear-powered submarines that would be vital in any conflict with China,” Sadler said. Building those assets becomes more questionable with the loss of skilled workers.

At the public shipyards, the workforce has grown by 16 percent since 2013. But “as demand increases for nuclear-powered warships to pace the threat from China and Russia into the foreseeable future, it remains to be seen whether the public shipyards will be able to sustain the recruitment of skilled labor in the numbers needed.”

On personnel issues, Sadler wrote: “the Navy’s response to the pandemic has been a success overall” in continuing to operate under these conditions and vaccinating active-duty personnel.

Wood, in writing the Marine Corps section, stated, it has “made substantial strides in the past few years in regaining its material readiness and stabilizing key modernization programs, and, over the past two years, in profoundly changing its battle orientation, conceptual underpinnings, organizational design, and acquisition of the tools that it believes it will [be] needed to win in combat.”

The danger comes, in the report’s estimation, of the Marine Corps “becoming too small relative to the task of enabling the projection of naval power into the most challenging combat environments.”

However, “the pacing threat for the Corps is China, which is developing new tools and operational concepts that will likely require the distribution of Marine Corps forces across a large contested littoral battlespace” that likely will require “larger end-strength and more tactical units,” Wood said.

In accepting the Marine Corps’ premise that it is a “one-war plus force,” the index said it requires 30 battalions, but has 24 now, so the rating is “marginal.” If that number drops to 21 as planned, the Marine Corps capacity grade would be “weak.” Wood, at the conference on the index’s release, said that would leave the service “dramatically too small” to meet the demands of a force that could handle one major global conflict.

This is the danger facing the Marine Corps in continuing to sacrifice end-strength to buy robotics, unmanned systems and long-range strike missiles to modernize its warfighting capabilities for the future, he added.

“The hope is the small unit can do big things,” Wood said.

The report stated one reason why the Corps’ grade on capability of its equipment rose was the retirement of its M1A2 Abrams tanks. While “aggressively pursuing a host of new capabilities” from the Joint Light Tactical Vehicle to the Assault Amphibious Vehicle and the F-35B Lightning II Strike Fighter, small units will still be using Humvees, cargo trucks “and various items of support equipment procured” decades earlier.