The following post has been updated with a judge’s ruling on the detention of Diana Toebbe.

An Annapolis couple charged with stealing submarine secrets in an effort to pass them to another country pleaded not guilty in federal court on Tuesday.

Jonathan Toebbe and Diana Toebbe are both facing a charge of conspiracy to communicate restricted data and two counts of communicating restricted data. They appeared in the District Court of Northern West Virginia Wednesday for an initial appearance following an indictment by the U.S. government. This is their second appearance in court since their arrest.

Jonathan Toebbe worked at the Navy Yard, in Washington, D.C., had a top-secret clearance, a Q clearance — the Department of Energy’s version of top-secret — and was on the highest pay scale possible for non-executive members of the government, an FBI agent testified.

He was a member of the Navy reserve until 2020, having been active duty from 2012 until 2017. Toebbe worked in nuclear reactors, and began smuggling documents out, a couple of pages at a time, around 2018, the agent said.

Jonathan Toebbe then waived a detention hearing, instead electing to be incarcerated in the custody of the U.S. Marshals until his Dec. 14 trial.

Diana Toebbe elected to have a detention hearing, although the hearing, which included calling one of the FBI agents on the investigation to testify, focused more on her husband.

Magistrate Judge Robert Trumble ruled Thursday that Diana Toebbe should be detained until her trial. She will be in the custody of the U.S. Marshals, according to Trumble’s written ruling.

In deciding that Diana Toebbe should be detained, Trumble wrote that the weight of the evidence against her is strong, that she is a flight risk and that she is a danger to the community and national secuirty.

“No bond conditions can be set to reasonably ensure the appearance of Defendant and the safety of the community,” according to Trumble’s ruling.

The government, led by U.S. Attorney Jessica Smolar, argued that Diana Toebbe is a flight risk because she and her husband talked about fleeing the country and that she was a danger to the U.S. because the FBI has not yet located $100,000 in cryptocurrency it paid to the Toebbe or 50 packets of classified information Jonathan Toebbe alleges he had. 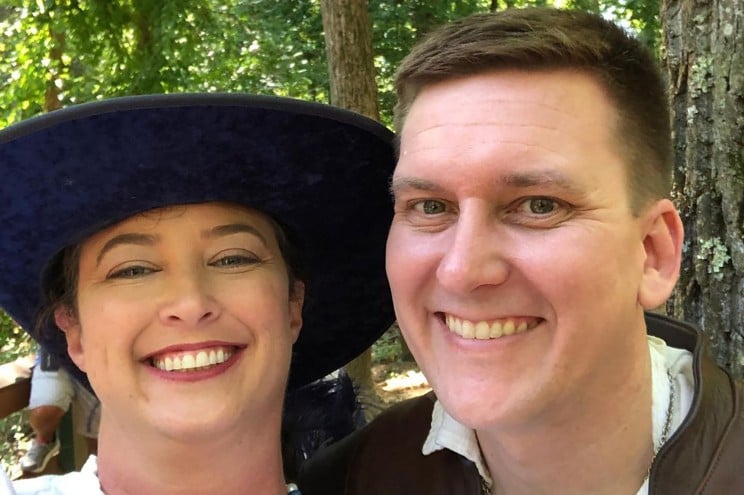 Toebbe’s attorney, Edward MacMahon, argued that she would appear for her court cases and that she could be monitored via an ankle monitor in order to allow her to care for her two teenage children.

Smolar called FBI special agent Peter Olinits, a co-agent on the case against the Toebbes, to testify about the investigation into the couple and presented a video of Jonathan Toebbe making a dead drop.

It is not clear how Toebbe was able to get the documents out of the Navy Yard, Olinits said.
The FBI, who posed as representatives of the unspecified country to which Toebbe decided to sell documents, was able to determine Toebbe started uploading the documents onto memory cards in 2018 by looking at the metadata on the memory cards they obtained during the investigation.

Toebbe told the undercover FBI agents that he had more than 11,000 pages of documents, which included classified information on the Navy’s Virginia-class submarine, Olinits said.

Posing as representatives of the country, FBI agents arranged for dead drop locations where Toebbe could leave memory cards with the encrypted packets of information. The FBI would then send money via cryptocurrency, and Toebbe would give them the key to unlocking the encryption.

Over the course of the operation, Toebbe made four drops, and hid the memory cards in items like a peanut butter sandwich, a sealed bandage wrapper and a gum package. In three of the drops, Diana Toebbe acted as a lookout, Olinits said.

Overall, the FBI paid $100,000 for the documents, which has not yet been recovered, Olinits said.

When making the drops, the Toebbes would pose as tourists, Olinits said. For the first drop, on June 26, in Jefferson County, West Va., the Toebbes dressed as hikers. Jonathan had a backpack, while Diana had a camera bag around her waist, the FBI agent testified.

The couple parked their car over a mile away and then stayed in the area for around an hour before making the drop, which is indicative of spy activity, Olinits said. The couple also shared verbal cues to indicate when it was time to go and would spend time in the area before heading back to the car to watch for anyone watching them.

The two would also be careful with phones so that they could not be tracked. Jonathan would leave his at home, so it would like he was at their Annapolis residence. Diana would turn hers onto airplane mode once they parked so she could not be tracked, Olinits said.

The government argued that this showed that Diana trained in spy tactics and is a flight risk. McMahon argued that since they were caught from the beginning, the Toebbes were not very good.

Jonathan made his final drop on Oct. 9, in West Virginia, with Diana as his lookout. Both were arrested after the drop, Olinits said, and their residence was raided by the FBI.

The FBI did not receive the encryption key for the packet of documents on the memory card, which was located in a gum package. The FBI has not yet been able to decrypt the packet or a text file, which is likely to be a letter from Jonathan Toebbe, signed as ALICE, which is how he signed the other letters he included on the memory cards to communicate, Olinits said.

Neither Jonathan nor Diana Toebbe have passports as they were in the process of renewing them. Smolar argued that this was evidence that they were planning to flee.

In one of the letters on the memory card, Jonathan Toebbe wrote that there was a chance he would need to leave the United States and sought assistance from the unspecified country, according to charging documents.

Messages between Jonathan and Diana Toebbe, which Olinits read during the hearing, indicated that the unnamed country was a non-English speaking one, as Jonathan Toebbe told his wife he did not want to go back to work for $50,000 a year in a country where he did not understand the language. Due to his position on the government pay scale, Toebbe would have been making more than $100,000 before his arrest.

Diana Toebbe responded to her husband that she believed they would be lauded by the country for passing it documents, Olinits read.

The FBI is still going over evidence collected in the case, the agent said.