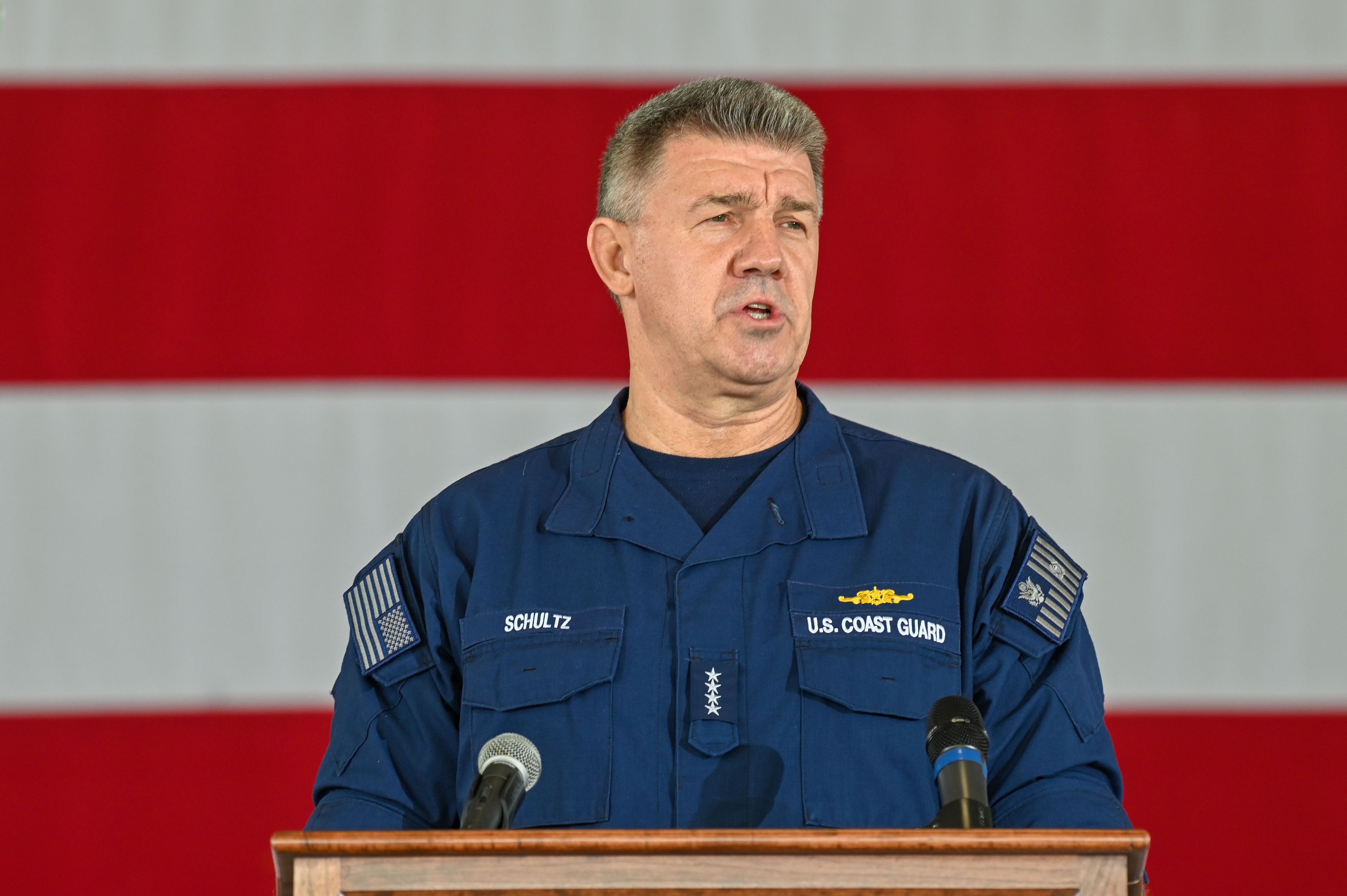 Retaining talent in the Coast Guard is a looming problem for the service as members choose to retire younger, commandant Adm. Karl Schultz said Tuesday.

While retaining talent is not a problem today, Schultz predicted that it would need to be a focus of the next commandant, he said speaking at the Heritage Foundation.

“We have the highest retention in the armed services, but we also have a lot of E-6s, E-7s, E-5s that are really in key leadership roles and they get loaded up very early so keeping some of them on route [for a] 20-year, 20-plus-year career is critically important to the success of the Coast Guard,” Schultz said.

Schultz pointed to the era of blended system retirement, which could see people retiring when they hit 11 or 12 years in the service rather than a longer career. The younger generations also might seek more stability when it comes to uprooting their families every couple of years, he said.

As an example, a Coast Guard member in Houston with a family that put down roots might be willing to retire and go to the private sector where they will make more and not have to move again, Schultz said.

The Coast Guard is also working toward expanding diversity, Schultz said. Approximately 23 percent of officers are women, with enlisted about 15 percent. At the Coast Guard Academy, women make up about 38 percent of cadets, with 36 percent of cadets from underrepresented groups, Schultz said. Congressional and presidential appointees on the academy’s board of visitors help provide oversight when it comes to have a group of cadets more reflective of the nation’s demographics.

The service is continuing to hire, he said.

One advantage of joining the Coast Guard is the opportunity to see the world, Schultz said, as he highlighted some of the partnerships between the United States and other countries or the different missions. Worldwide travel continues to appeal to Coast Guard recruits.

The guard is establishing more seagoing billets as offshore patrol and national security cutters are finished, he said. But the Coast Guard has to balance its operations away and at home.

Right now, the Coast Guard is a $13 billion operation, which Schultz called a “pretty good bargain for the nation.” If it received more funding, it could better balance its role at home and for overseas operations, he said.

New cutters are replacing old ones at a slightly more than one-to-one ratio. The new cutters, like the eight National Security Cutters replacing the 12 Hamilton-class cutters, are more capable, the commandant said.

“NSC is a lot more ship,” Schultz said. “It’s running with a smaller crew but it’s got a skip on board so it’s a contributor and use of national-level intelligence. It’s much more effective downrange.”

Congress has been supportive of the guard, making the acquisition budget relatively stable, Schultz said. It’s the operating budget where he sees struggle.

One of the concerns is the shore infrastructure backlog. It could take about 250 years to recapitalize the shore plan, which is not sustainable, he said.

“We got about a billion dollars of shore infrastructure backlog, and a healthy organization sort of recapitalizes 2 percent to 4 percent of this critical infrastructure on an annual basis,” Schultz said. “We’ve been about 0.4 percent.”

The budget also includes technological advancements so that the Coast Guard equipment is adequate, which is important to the guardsmen. No one wants more mobility on their phones than at their desks or in field equipment, Schultz said.

If the Coast Guard gets the FY22 budget and is able to build on it, then it’ll be able to perform the duties the country needs, he said.