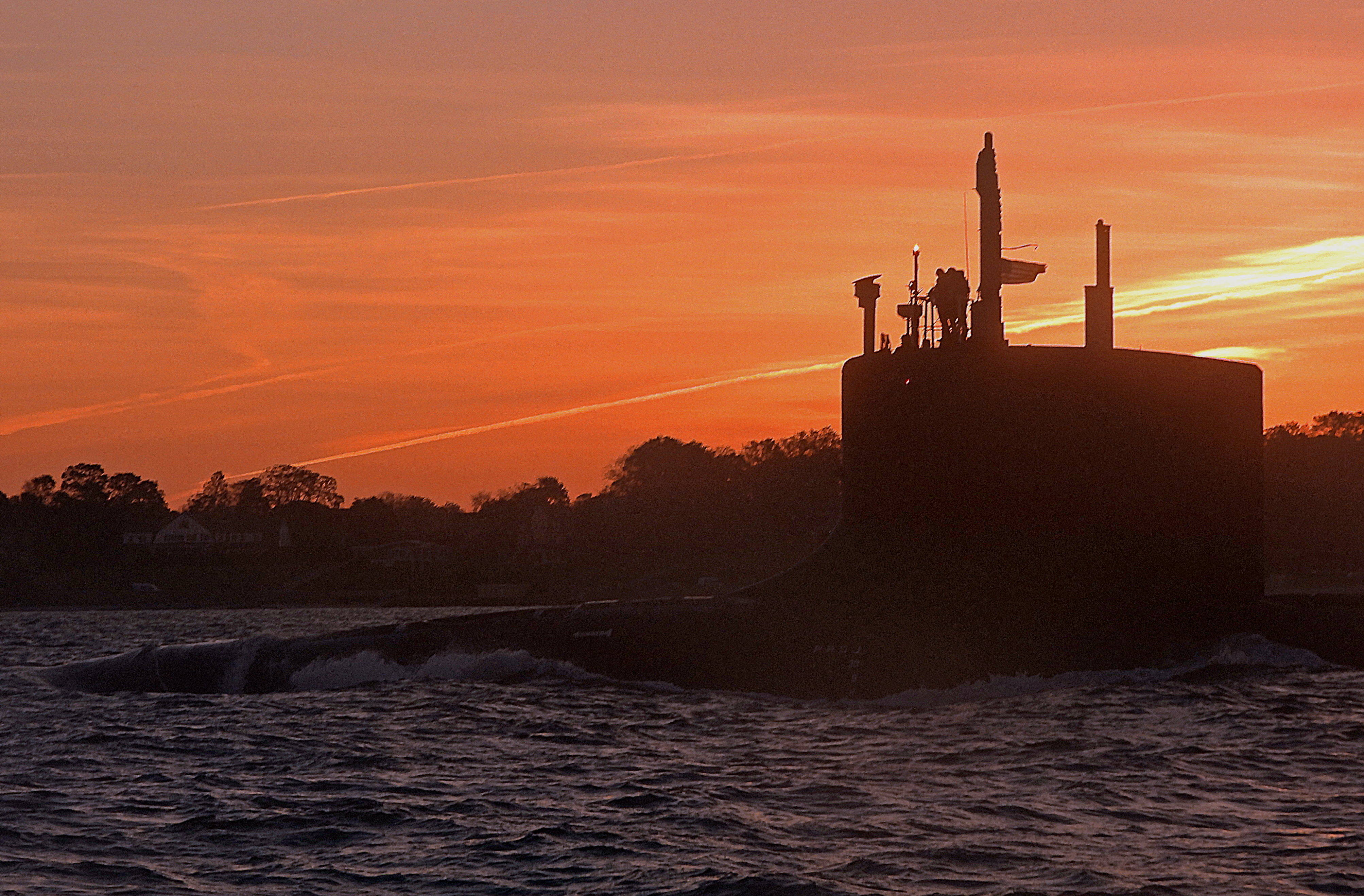 Australia’s defense minister said his country entered a new trilateral agreement with the United States and the United Kingdom because “we needed a nuclear-powered submarine for regional superiority,” adding more American deployments of forces, “aircraft of all types” and providing logistical and sustainment facilities for U.S. Navy ships can be expected in the future.

Peter Dutton, speaking at a joint press conference at the State Department Thursday, said Australia “see increased uncertainty in the Indo-Pacific,” comparing it to the tensions building before World War II.

He added that all these steps, plus increased military exercises with the United States and other allies in the region, are part of Australia’s goal “to make sure peace prevails” in the Indo-Pacific.

When asked if Canberra and Washington’s space cooperation and sharing advances in artificial intelligence and cyber meant that Australia would also accept intermediate-range missiles, Dutton said, “I do have an aspiration.”

Dutton didn’t directly answer a question about homeporting American Navy ships in Australia and the scale of the rotational ground and air forces expected.

At the press conference, Defense Secretary Lloyd Austin said, “we certainly didn’t go into this with a quid-pro-quo” expectation. He called the Australia-United Kingdom-United States (AUKUS) agreement “exciting because it will provide new capability and capacity.”

In announcing the alliance, President Joseph Biden and Australian Prime Minister Scott Morrison stressed the submarines would not carry nuclear weapons. The announcement also coincided with the 70th anniversary of the ANZUS alliance among Australia, New Zealand and the United States and the 20th anniversary of that alliance invoking its mutual defense clause following the terrorist attacks on the United States.

U.S. Marines with 3rd Battalion, 7th Marine Regiment load buses at Kadena Air Base, Okinawa, Japan, May 15, 2020. The battalion arrived from California and were screened for COVID-19 symptoms. They will join Marine Rotational Force – Darwin on an upcoming deployment to Australia’s Northern Territory. US Marine Corps Photo

In the same story, an unnamed Chinese military expert said, “Beijing and Moscow won’t treat Canberra as ‘an innocent non-nuclear power,’ but ‘a US ally which could be armed with nuclear weapons anytime.’”

An editorial in the paper called Australia “a running dog” of Washington in confronting China.

Dutton dismissed Beijing’s portrayal of Canberra as an adversary and possible nuclear target. “It’s not the first time we’ve seen … outbursts from China.”

“We are open to dialogue,” Australian Foreign Minister Marise Payne. “Dialogue is actually helpful.” She added, “mature actors would take that [offer of meeting] up in a constructive way.”

For several years, the two nations have been engaged in a bitter trade war with China imposing high tariffs on Australian beef and wine and other products to bring it more into line with Beijing policies. As a result, Canberra began spending more on modernizing its forces and talking with the French specifically about the Future Submarine Program. In 2016, the two nations signed a $66 billion contract involving future conventionally powered submarines and other high-technology ventures and sharing.

France’s Minister of the Armed Forces Florence Parly and Foreign Affairs Minister Jean-Yves Le Drian called the decision “contrary to the letter and spirit of the cooperation which prevailed between France and Australia” in an official statement on the submarines as part of the new alliance. In a radio interview, LeDrian termed it a “knife in the back.” He went on that the “unilateral, brutal, unpredictable” decision was reminiscent of President Donald Trump’s treatment of allies.

The official statement added, “The American choice which leads to the removal of an ally and a European partner such as France from a structuring partnership with Australia, at a time when we are facing unprecedented challenges in the Indo-Pacific region … marks an absence of coherence that France can only observe and regret.”

France also canceled a series of events with the United States marking the 240th Battle of the Capes in the American Revolution and ordered Adm. Pierre Vandier, chief of the naval staff, to return to France from Baltimore. He was also scheduled to speak Tuesday on the future of the French Navy at a Washington think tank.

At the press conference, Secretary of State Antony Blinken tried to downplay any difference with France over the deal, saying “we welcome European countries playing an important role in the Indo-Pacific,” and specifically mentioning the importance of Paris’ input to the region. He added in answer to a question “we want to find every opportunity to cooperate more deeply” with France and other European nations in the Indo-Pacific.

On Friday, France recalled their ambassadors to the U.S. and Australia.

“The cancellation of the Attack-class submarine program binding Australia and France since 2016, and the announcement of a new partnership with the United States meant to launch studies on a possible future cooperation on nuclear-powered submarines, constitute unacceptable behavior between allies and partners, whose consequences directly affect the vision we have of our alliances, of our partnerships and of the importance of the Indo-Pacific for Europe,” Jean-Yves Le Drian, Minister for Europe and Foreign Affairs, said in a statement.

The new agreement will likely be on the agenda of the summit meeting with Biden and leaders of Australia, Japan and India next week at the White House as well as the COVID-19 pandemic and economic and trade issues. The group is informally known as the “Quad.”