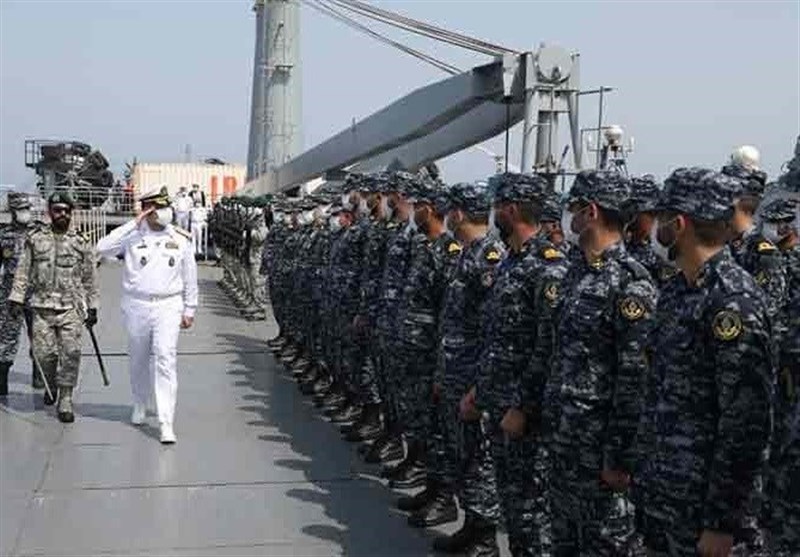 The two-ship Iranian Navy group that stalked the West Coast of Africa and the Baltic Sea this summer has returned home, as leaders in Tehran pledge more international naval operations.

Iran’s largest warship, IRINS Makran, and frigate IRINS Sahand returned this week after leaving the Middle East in May for a highly publicized trip that culminated in the ships participating in a fleet review in the Baltic Sea, according to state-controlled Tasnim News Service.

Iranian Navy Rear Admiral Shahram Irani said, “the Iranian Navy will continue to maintain its ‘determining presence in the oceans’ and will strengthen its international interactions,” according to Tasnim.
“Describing Iran as the only country that ensures its maritime security single-handedly, the admiral said the Iranian flotilla completed the mission without receiving help from any country. The Iranian warships did not need to make any port call to fulfill even the technical needs, he added.” 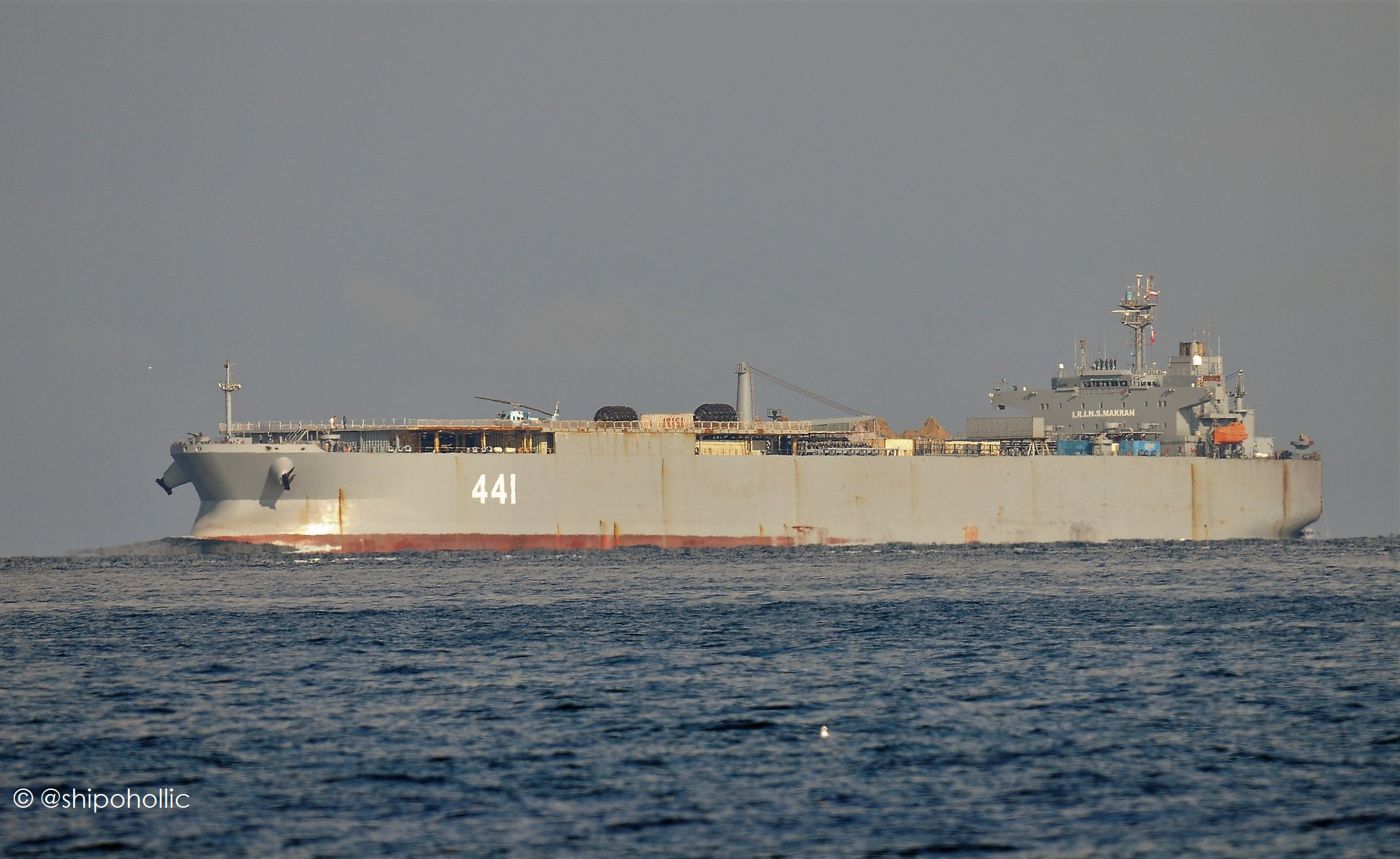 IRINS Makran passes through the Great Belt enroute to the Baltic Sea on July 22, 2021. Photo by @shipoholic used with permission

While labeled as a warship, Makran is a converted oil-tanker that is loaded with fuel capable of keeping the flotilla operational without port calls and would allow more operations in the future, Behnam Ben Taleblu, an Iran expert at the Foundation for the Defense of Democracies, told USNI News on Friday.

“We can no longer treat Iran’s tanker fleet and its conventional naval vessels as entirely separate. As the Makran demonstrates, one can be a force multiplier for the other,” he said.

U.S. officials thought the initial destination of the two-ship mission was Venezuela. USNI News first reported that Makran left Iran with seven fast-attack missile craft strapped to the deck of the ship. After Makran entered the Atlantic, U.S. officials had warned both Cuba and Venezuelan not to let the Makran and Sahand make port calls, reported Politico in June.

Iranian arms sales would be “a provocative act and a threat to our partners in this hemisphere. As such we would reserve the right to take appropriate measures – in concert with our partners – to deter the delivery or transit of such weapons,” the Pentagon said at the time.

In addition to the weapons sales, there was concern that Makran could be delivering refined fuel to the Maduro regime using protections in international law reserved for warships.

The ship is entitled to sovereign immunity and not subject to the jurisdiction of any other state, James Kraska, a professor of international maritime law at the U.S. Naval War College, told USNI News in June.

“Although it is a warship, because it is a naval auxiliary, it is not entitled to belligerent rights during armed conflict, meaning that it may not lawfully conduct attacks,” he said.
“But like U.S. naval auxiliaries, it may carry out the full range of naval support missions and is protected by sovereign immunity.” 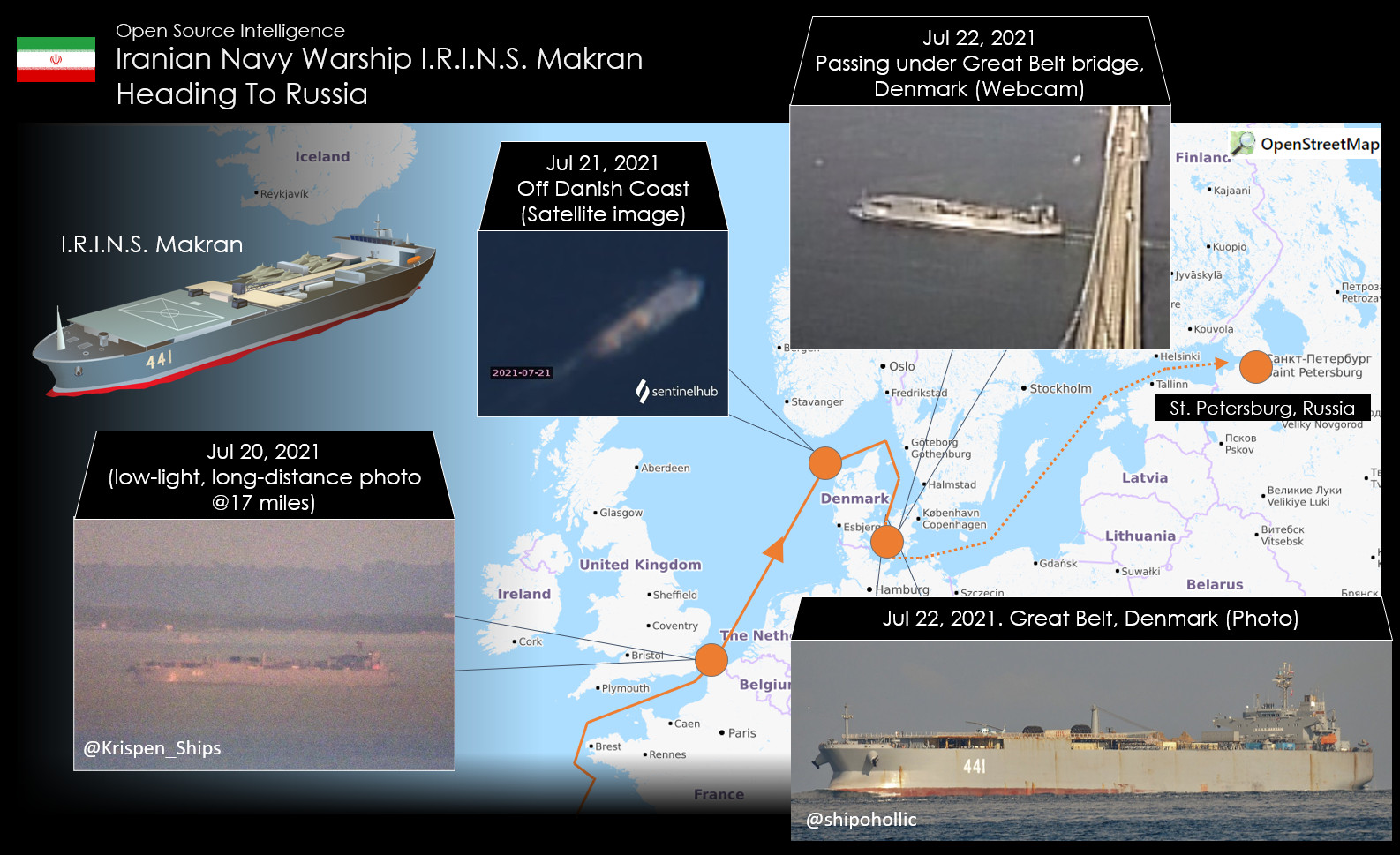 Venezuela and Iran are both under U.S. sanctions and have cooperated in the past. Venezuela has plenty of crude oil but lacks the refining capacity to turn it into gas.

Instead the ships moved north up the coast of Africa, through the English Channel and into Baltic Sea and headed to Russia.

The two ships represented Iran in a naval parade in St. Petersburg celebrating the 325th anniversary of the Russian Navy, according to a July statement from the Kremlin.
The pair returned to the Middle East via the Mediterranean Sea and the Suez Canal, USNI News understands.

“We can expect more of these high-profile voyages and dockings, at a bare minimum,” Taleblu told USNI News.
“While this force is still a long ways away from being able to compete with other conventional naval powers, Iran is looking to stretch the capabilities of its naval forces through long-haul journeys that aim to change the impression of its navy.”