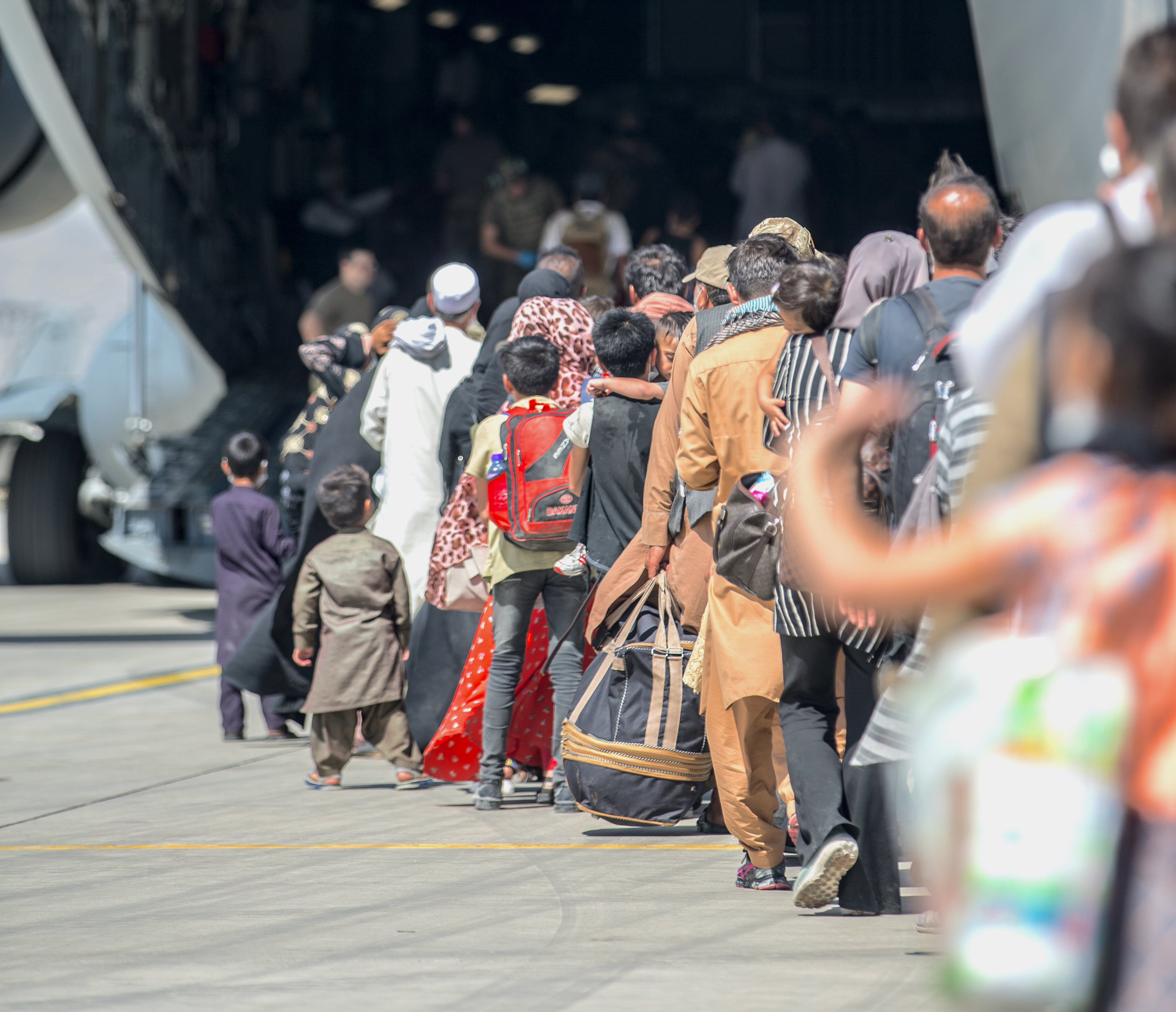 After the evacuation from Afghanistan ends, the next work that needs to be done is to permanently resettle the flood of refugees leaving the country and “try to understand what’s going on after we leave,” a former vice chairman of the Joint Chiefs said Wednesday.

“A lot of things are going to be left behind” in keeping to that deadline, retired Marine Gen. James Cartwright said, referring to both people and equipment. The Taliban has said it will not allow the U.S. to remain in the country past Aug. 31 and has been cutting off access to the airport for Afghans and tightening highway checkpoints to block land routes out, according to press reports.

The Soviet Union’s withdrawal from Afghanistan in the late 1980s showed “it’s going to be dangerous” and rushed. It would take “tens of thousands” of more troops to extend the deadline and offer more evacuation airports than Kabul.

The longer-term resettlement issue is “where the crisis is moving to,” as the United States is already moving equipment and drawing down forces it has sent to Hamid Karzai International Airport in Kabul to secure the evacuation of Americans, other foreign nationals and Afghans who assisted the U.S. mission, worked for non-governmental organizations and the U.N.

That’s the “hard thing,” Cartwright said on the resettlement issue during an Atlantic Council online forum. “We’ve got to get that set up.” He cited the hundreds of thousands of Vietnamese who fled that country following the communist takeover in 1975 as an example of the size of the problem.

Lyla Kohistany, a former Navy officer and long-time intelligence consultant, said she hoped the outpouring of private/public partnerships to help Afghans leave as the Taliban overtakes the country is not a “cause-celebre” that ends next week. Now with the Scowcroft Center at the Atlantic Council, she asked, “how many people are going to support the refugees” for 20 years or more?

The situation at the airport “is chaotic,” Rina Amiri, a senior fellow at New York University’s Center for International Cooperation, said. People are leaving only “with the clothes on their backs.”

“Only the United States has the military to keep the airport open for more evacuation,” Lord Mark Malloch-Brown, a former deputy U.N. secretary-general and British diplomat, said. He cited President Joseph Biden’s comments about the deadline to leaders of the G-7, NATO and European Union Tuesday as evidence of holding firm to the Aug. 31 deadline to leave.

In effect, Washington held to a position of “this is the way it’s going to be,” he added.

The “Biden administration is already looking at [extending the deadline to continue to provide U.S. aircraft ] as mission creep” and “is leaving the most vulnerable at risk,” Amiri added.

Inside Afghanistan as the Taliban tighten their control, Melanne Verveer, executive director of Georgetown University’s Institute for Women, Peace and Security, said the group’s actions “already belie their words.” She cited the program of assassinations of activists, women in particular, that began months ago and a door-to-door campaign of intimidation that is accelerating in Kabul and larger cities.

“The Taliban is going to want to close the door” on what others can see of what they’re doing, Cartwright said. Panelists cited the crackdown on Afghan journalists and the shutting down of cell towers and limiting outside communications.

As to whether the Taliban would keep its word about not providing a safe have for al Qaeda or other terrorist organizations, Kohistany was doubtful. She said there “are worse actors” already operating in Afghanistan.

What is also unfolding in Afghanistan is a humanitarian crisis, as prices for food and fuel rise and supplies are exhausted, banks remain closed and foreign aid is cut off, the panelists agreed.

Amiri said that contact with the Taliban, and more importantly with the Afghan people, was essential to understand what is transpiring now and into the future. Cartwright added that as a military commander, he always tried to maintain contact with an adversary to avoid miscalculations.

Earlier this week, retired Army Gen. David Petraeus, also a former CIA director, said he wouldn’t rule out continued contact with the Taliban and even a re-opening of the American embassy in Kabul.

Malloch-Brown said the U.N. Security Council remains too divided to act in relieving the humanitarian crisis facing Afghanistan; but China, Russia, Pakistan, Iran and Qatar, as well as the West, have important political and security stakes in the nation’s future.

So far, China has shown little interest beyond economic – extending its Belt and Road initiative into Afghanistan and completing work in Pakistan, he added.