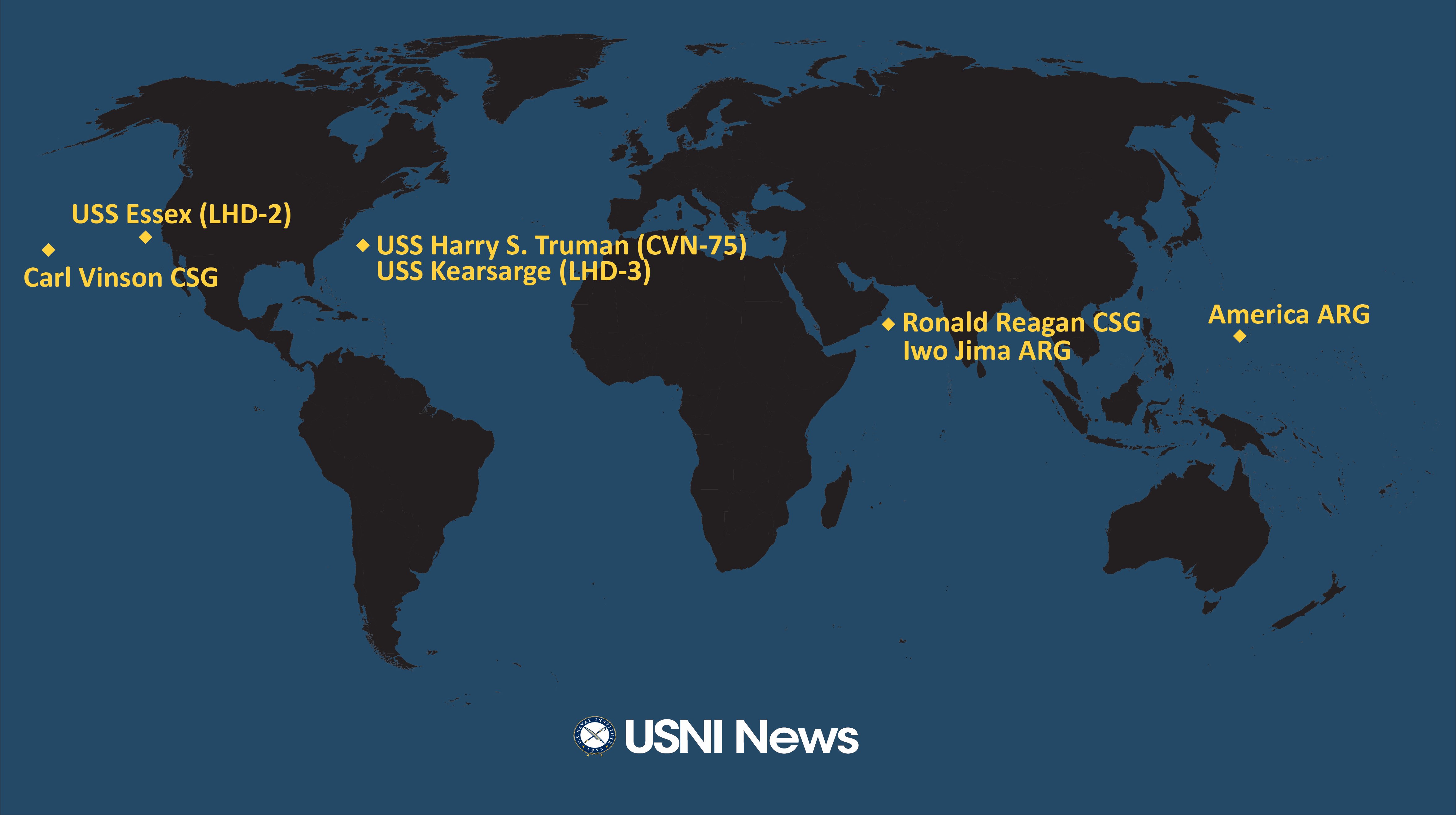 These are the approximate positions of the U.S. Navy’s deployed carrier strike groups and amphibious ready groups throughout the world as of Aug. 16, 2021, based on Navy and public data. In cases where a CSG or ARG is conducting disaggregated operations, the chart reflects the location of the capital ship. 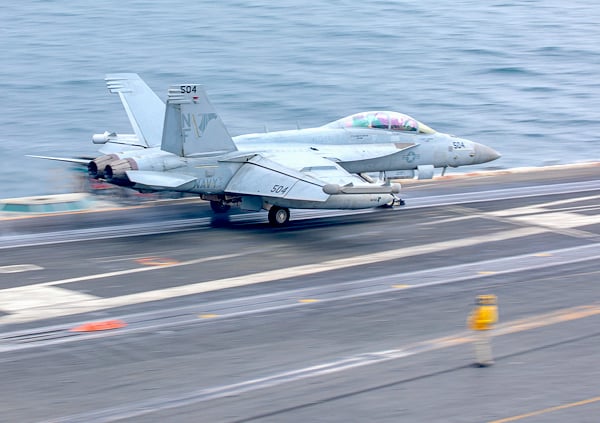 An EA-18G Growler electronic attack aircraft, attached to the ‘Shadowhawks’ of Electric Attack Squadron (VAQ) 141, launches from the flight deck of aircraft carrier USS Ronald Reagan (CVN-76) in the Arabian Sea on Aug. 10, 2021. US Navy Photo 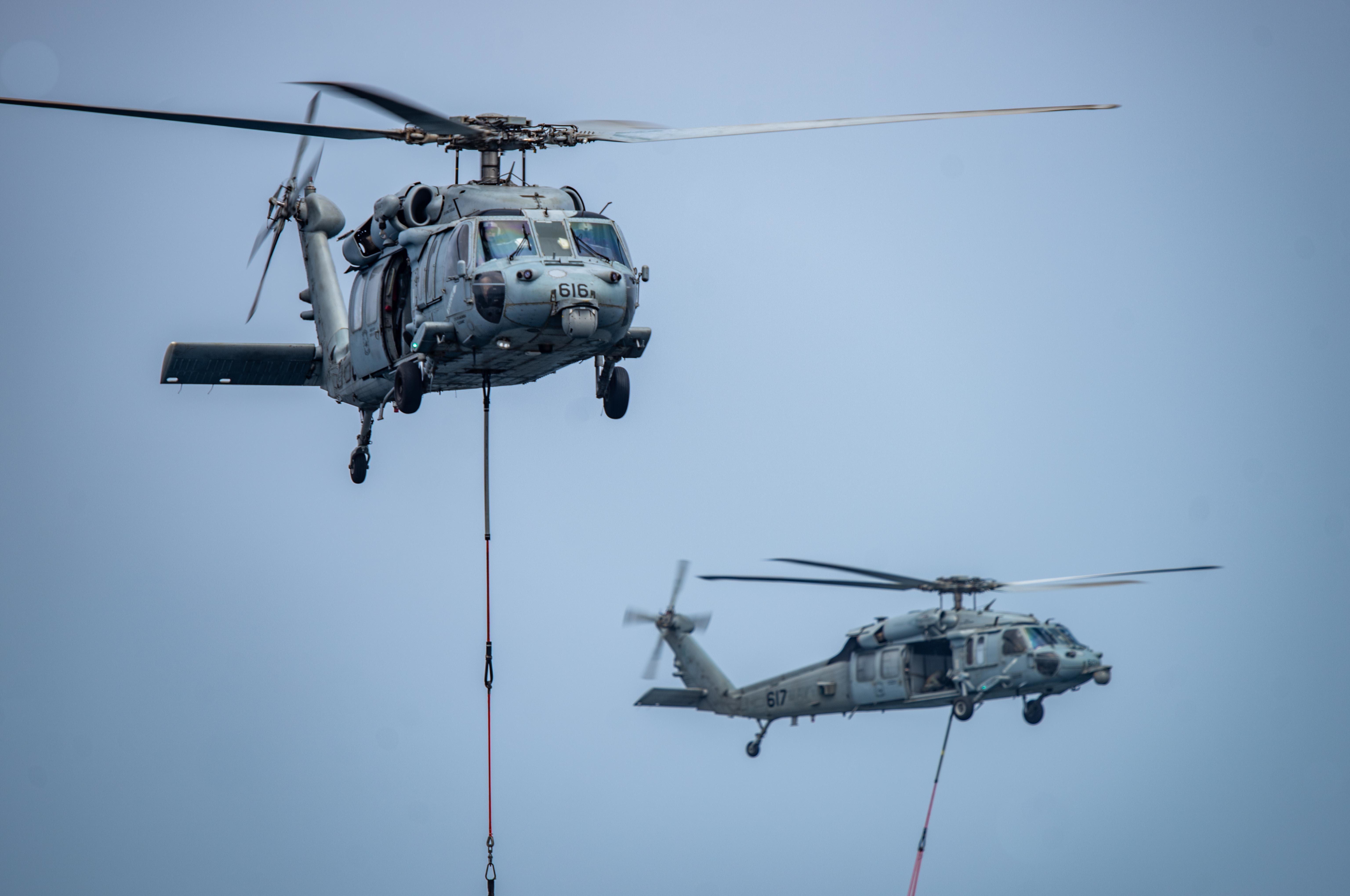 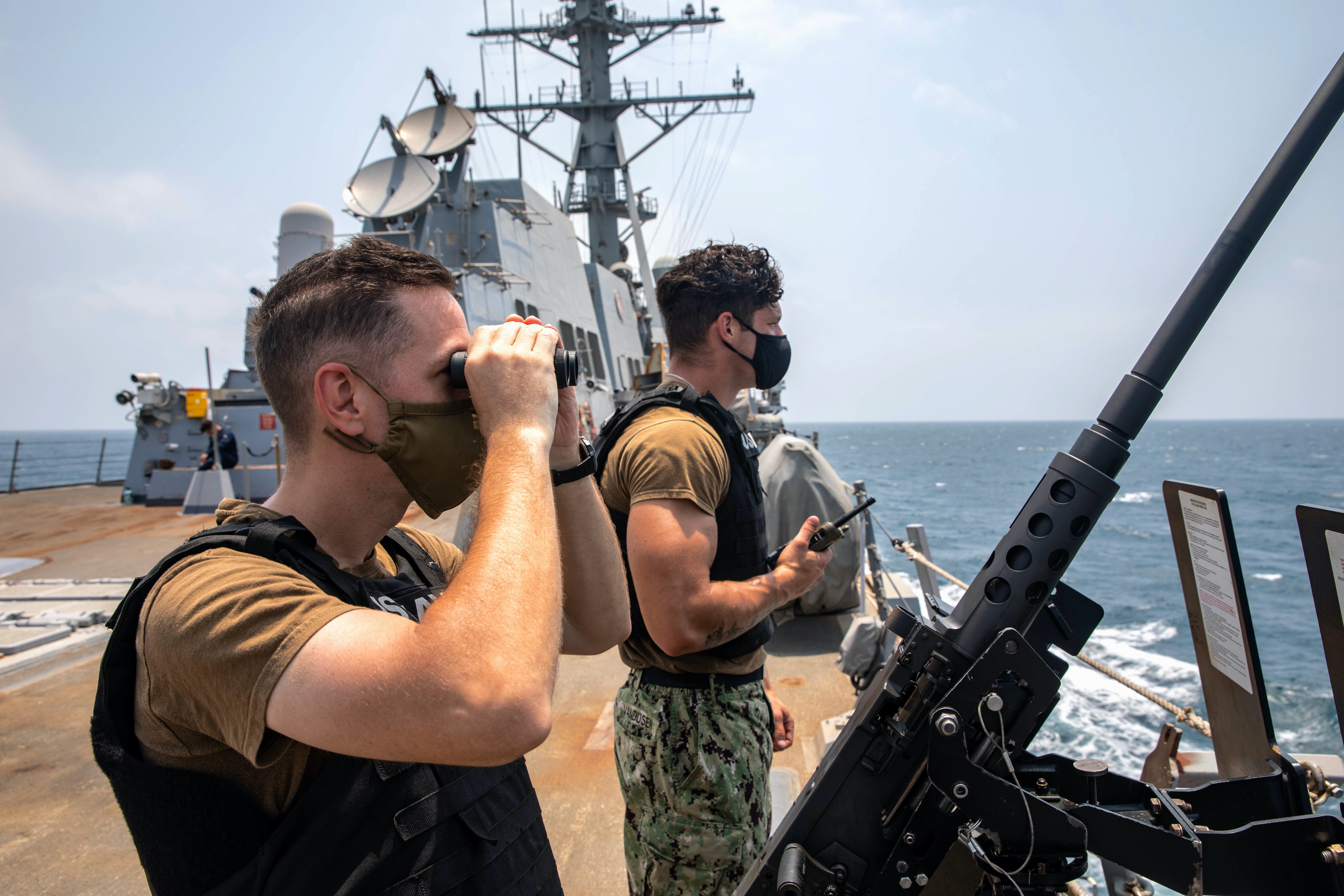 Sailors stand watch aboard guided-missile destroyer USS Halsey (DDG-97) during a Strait of Hormuz transit on Aug. 11, 2021. US Navy Photo 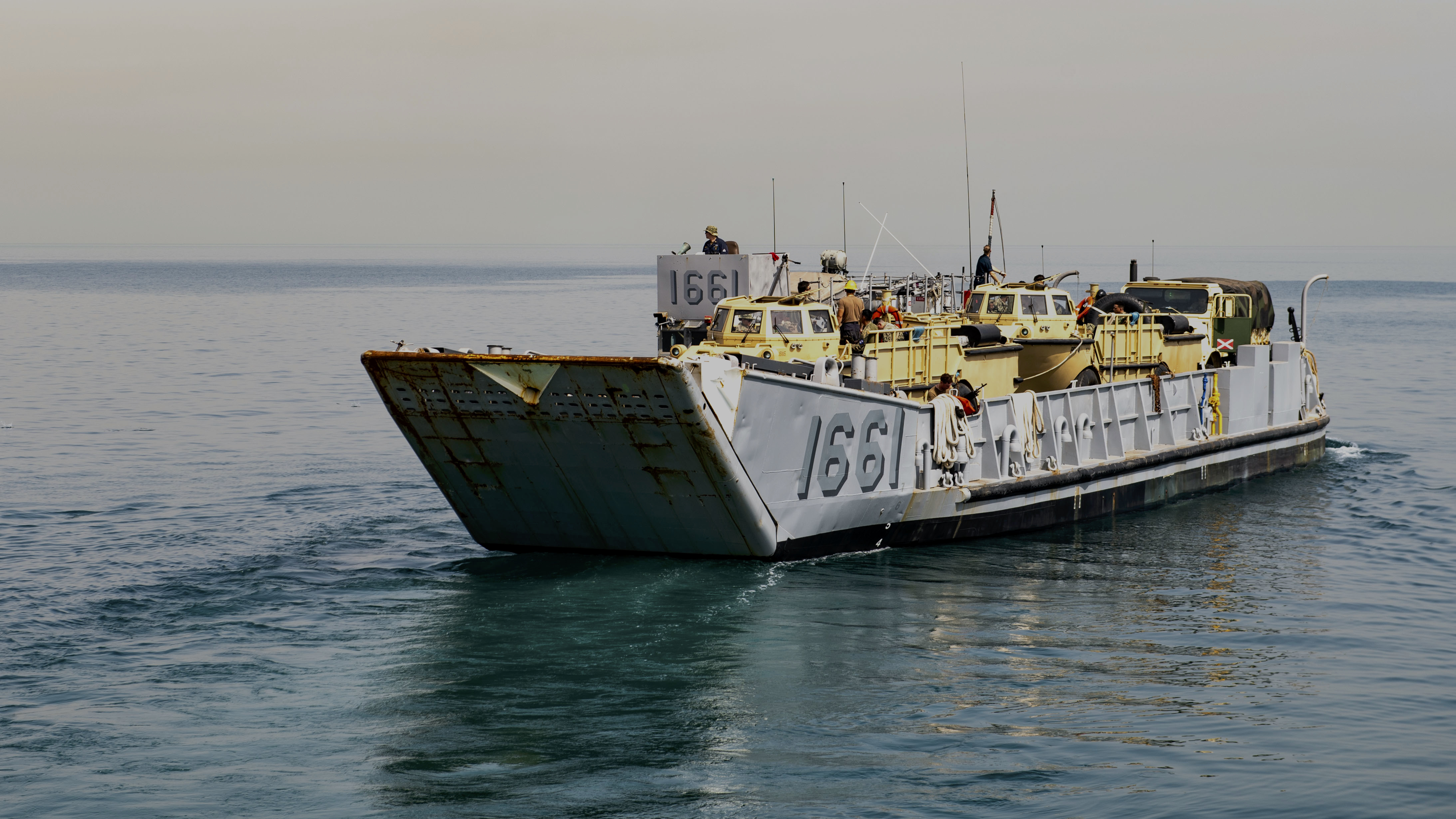 The Iwo Jima Amphibious Ready Group and the 24th Marine Expeditionary Unit (MEU) made a Suez transit and entered the Central Command theater on June 1.

After entering the Persian Gulf in late July, the ARG is now in the North Arabian Sea. International attention has been focused on Afghanistan where the regime has collapsed. Over 3,000 U.S. Marines and Army soldiers were sent there in the past few days to support the U.S. withdrawal. Another 1000 are being added. It is not clear what if any support is being provided from the 24 MEU. There is a Special Purpose Marine Air-Ground Task Force – Crisis Response based in Central Command. It is likely that was the force of choice for the Marine battalions, but the Pentagon has not confirmed what units have been sent. 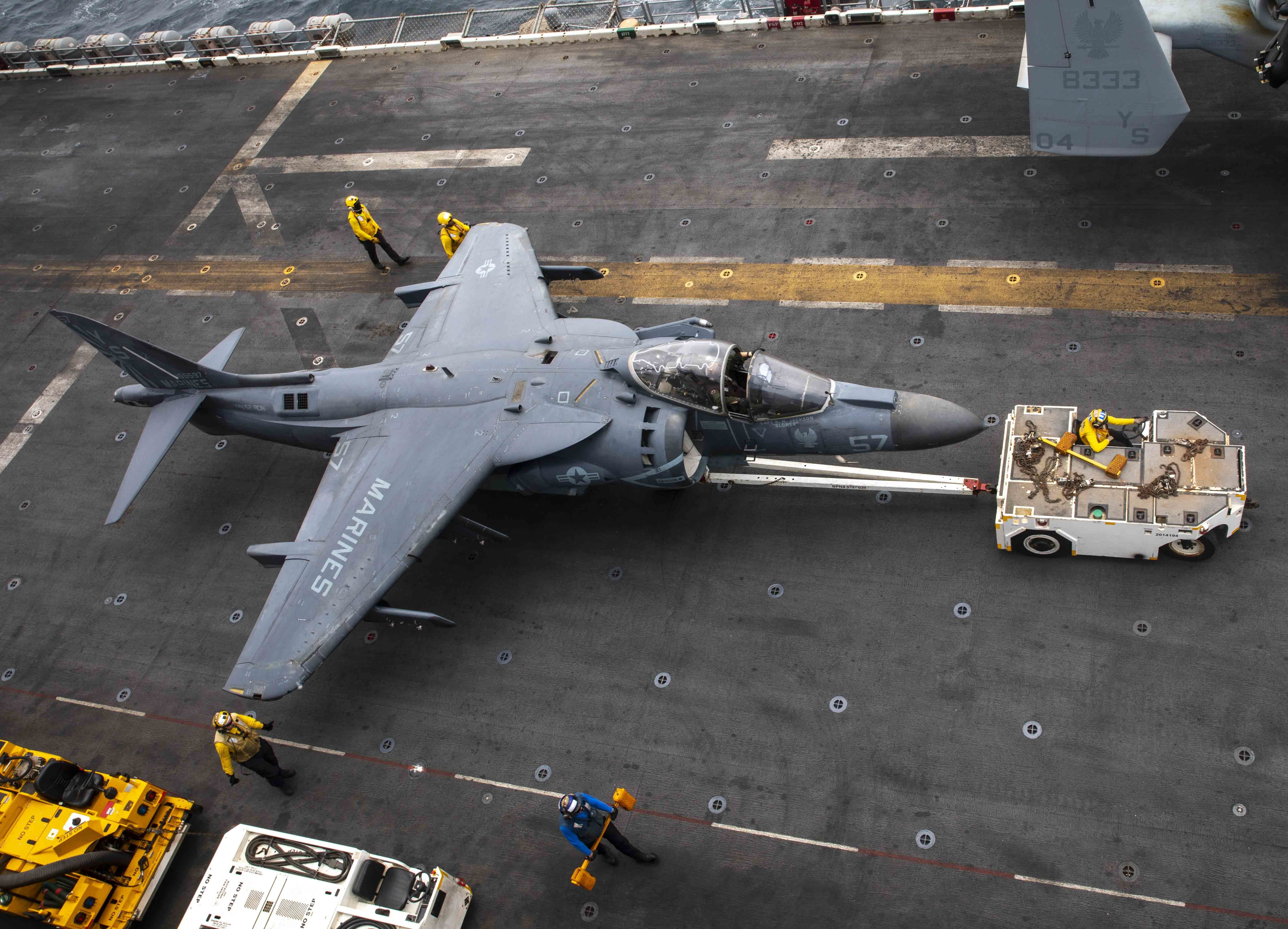 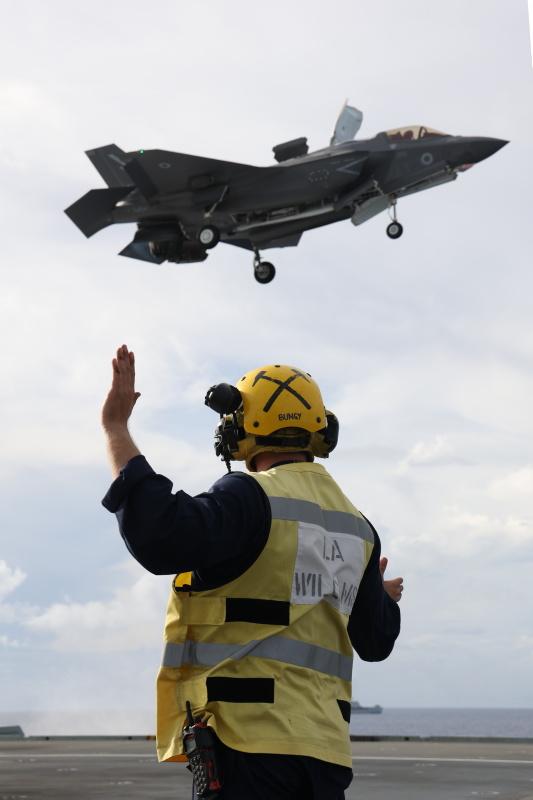 HMS Queen Elizabeth (R08) and the U.K. Royal Navy Carrier Strike Group are back at sea following a port visit in Guam. 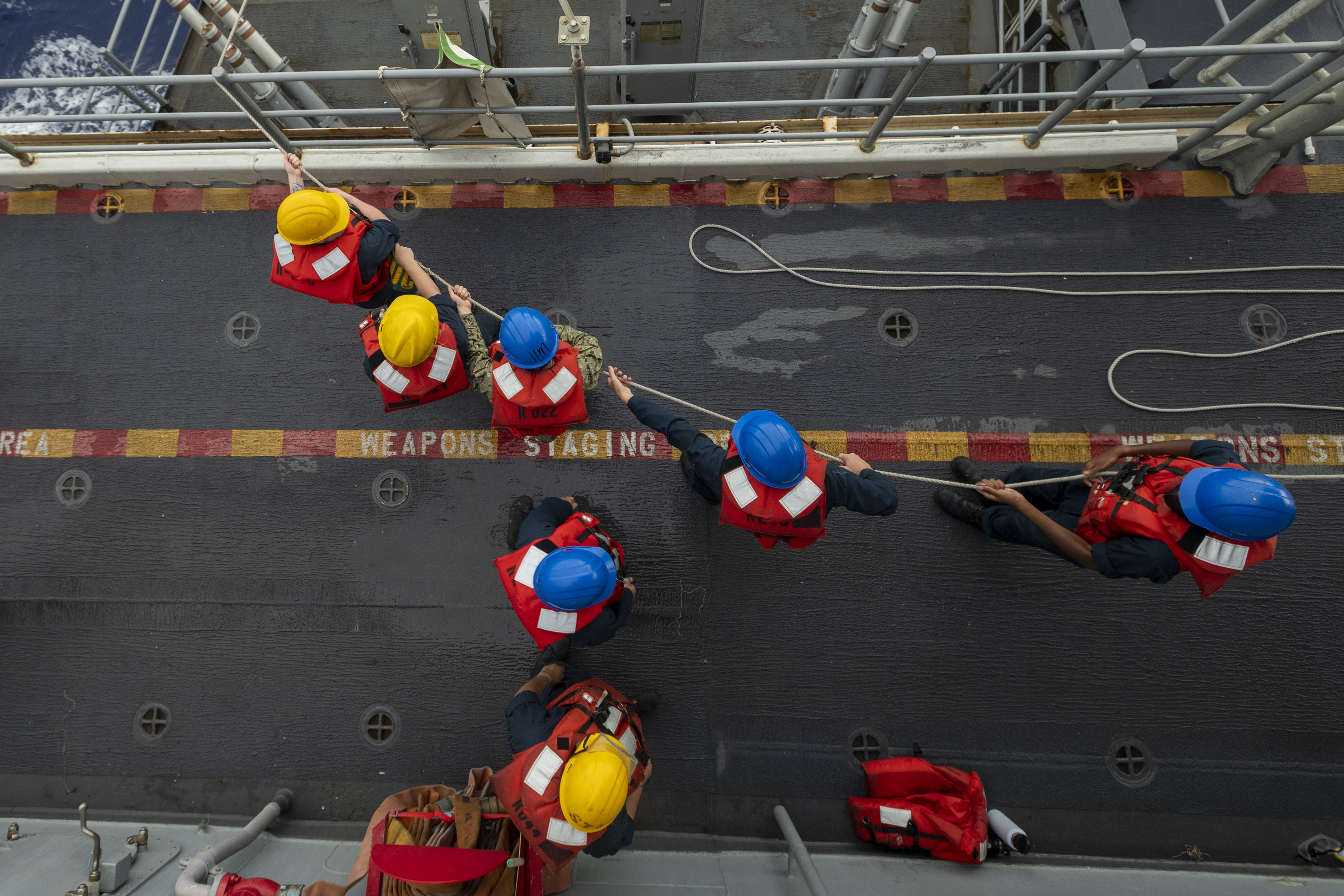 Sailors assigned to the forward-deployed amphibious assault ship USS America (LHA-6) heave the phone and distance line during a replenishment-at-sea with the fleet replenishment oiler USNS Rappahannock (T-AO-204) on Aug. 13, 2021. US Navy Photo

The America Amphibious Ready Group is underway after leaving Guam for a port visit on Aug. 11. 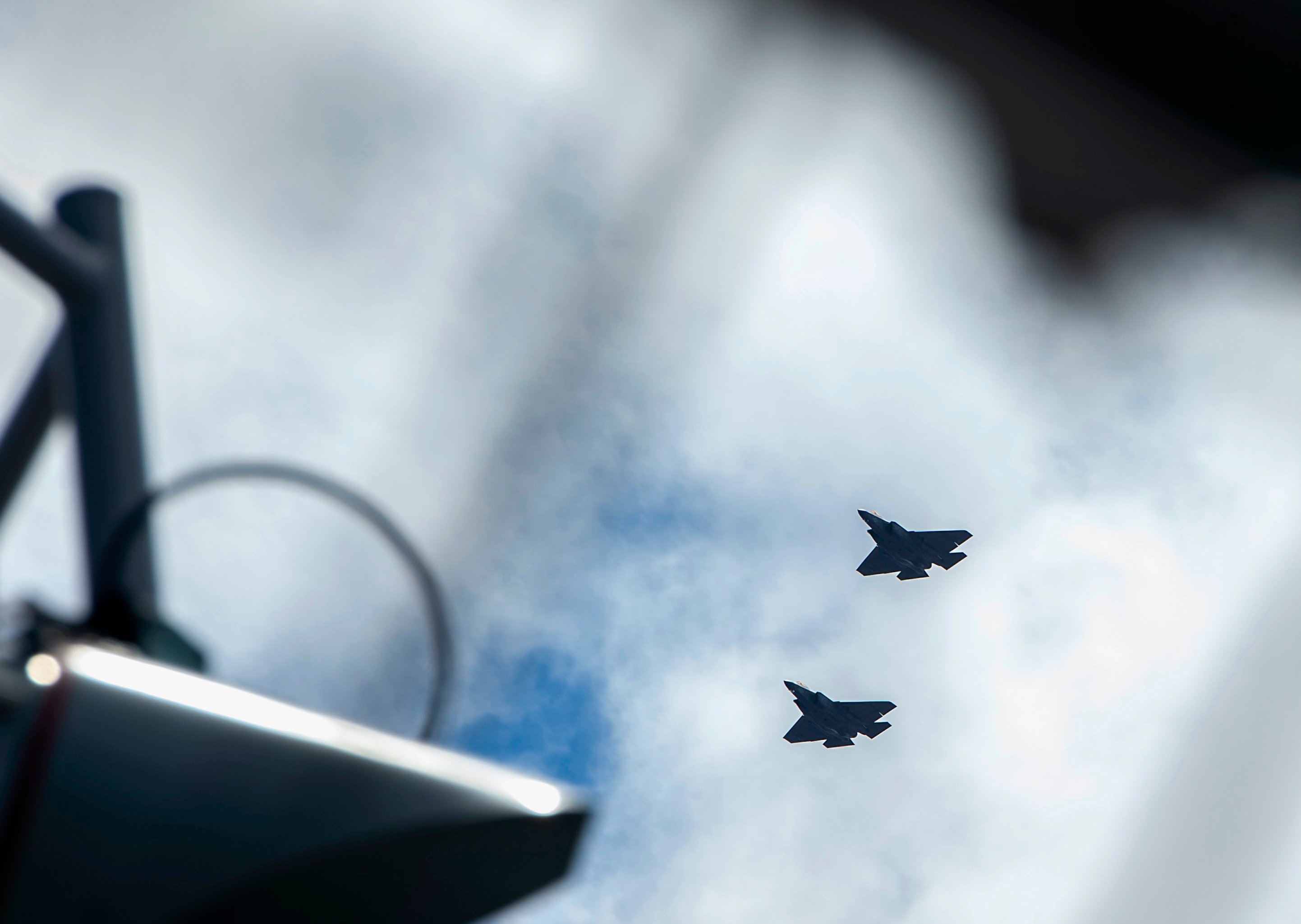 The Carl Vinson Carrier Strike Group deployed on Aug. 2 and is in the middle Pacific. The CSG participated in the global Large Scale Exercise. This is the first U.S. Navy deployment of F-35C Lightning II Joint Strike Fighters and the Navy’s new CMV-22B carrier onboard delivery aircraft. 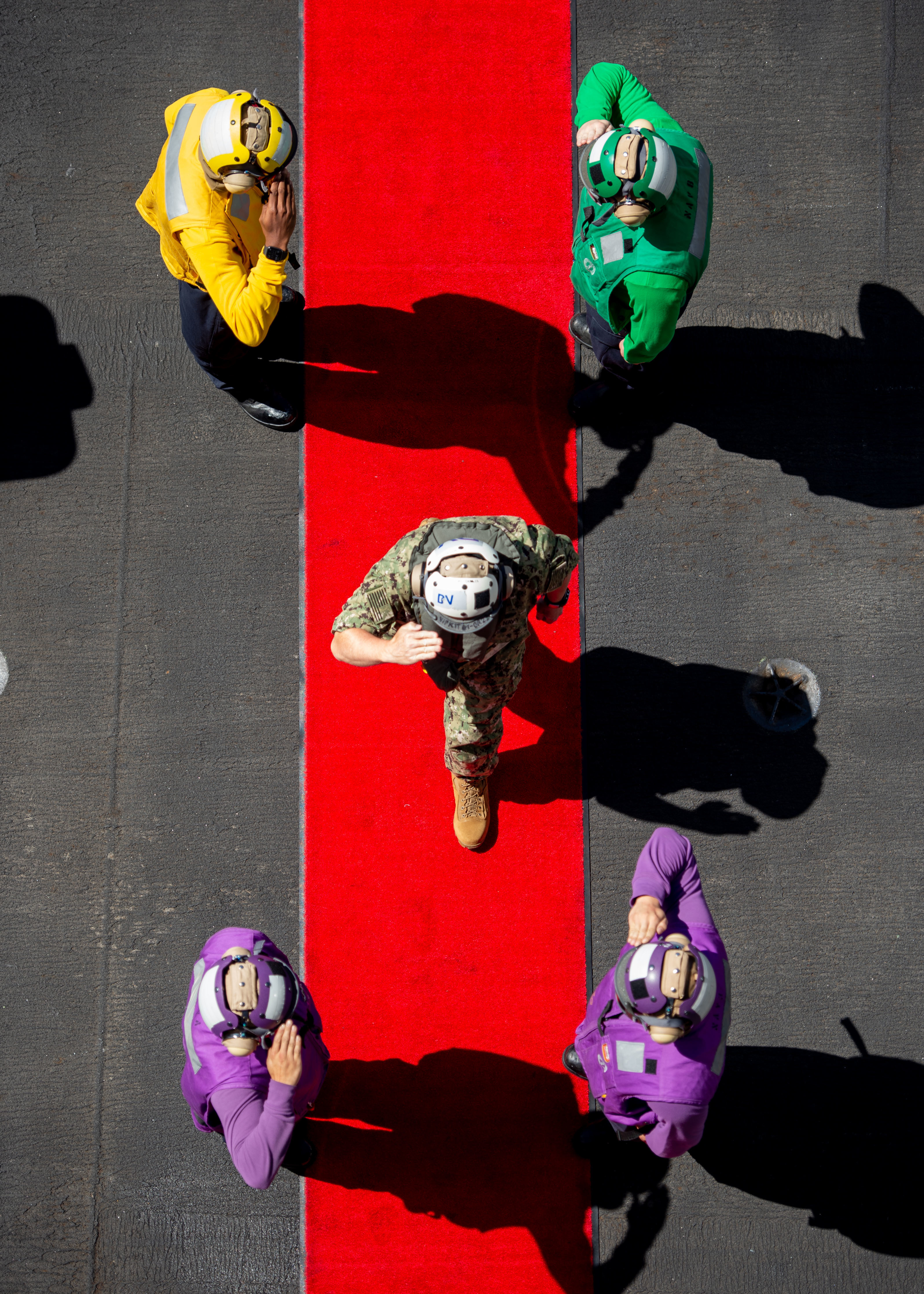 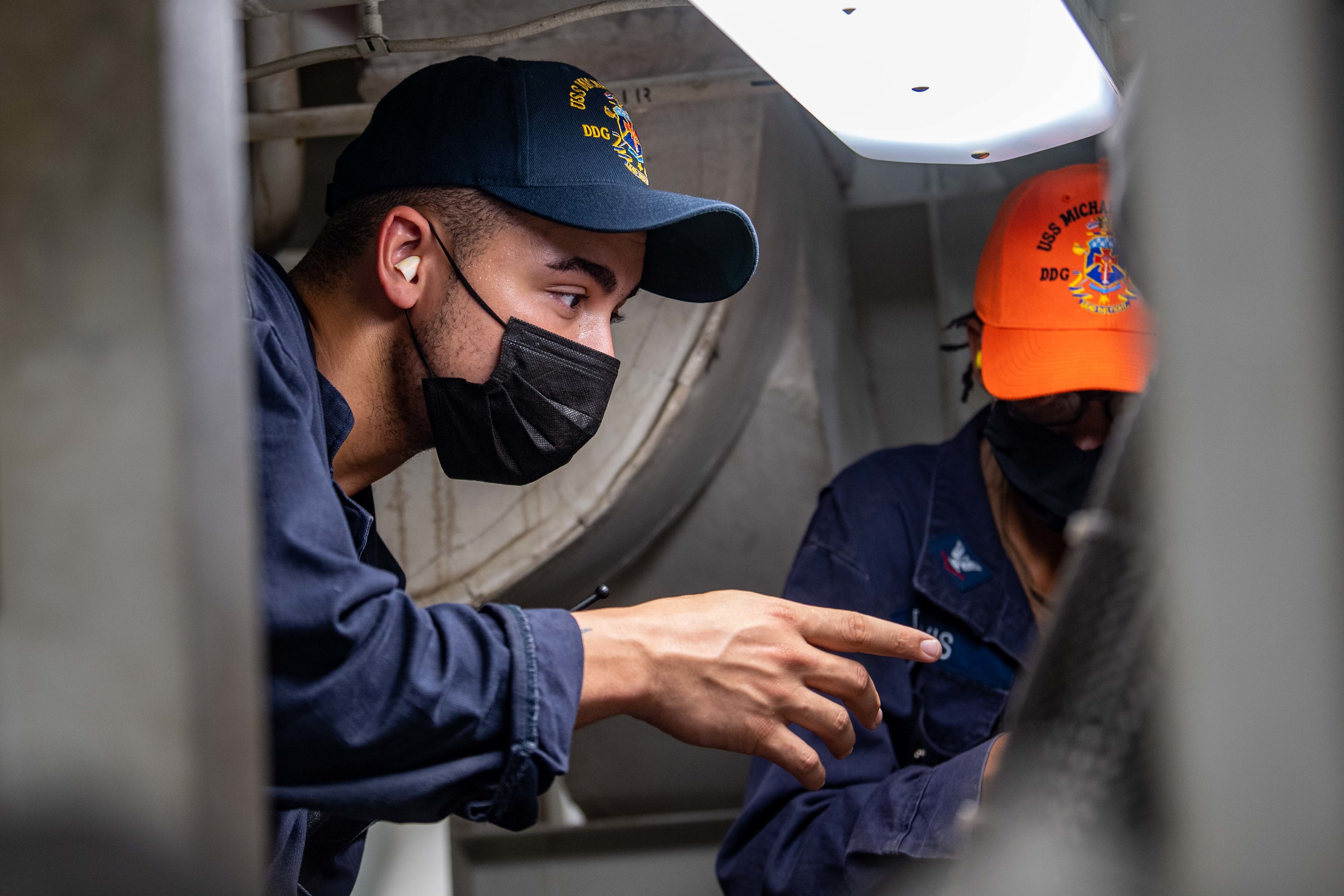 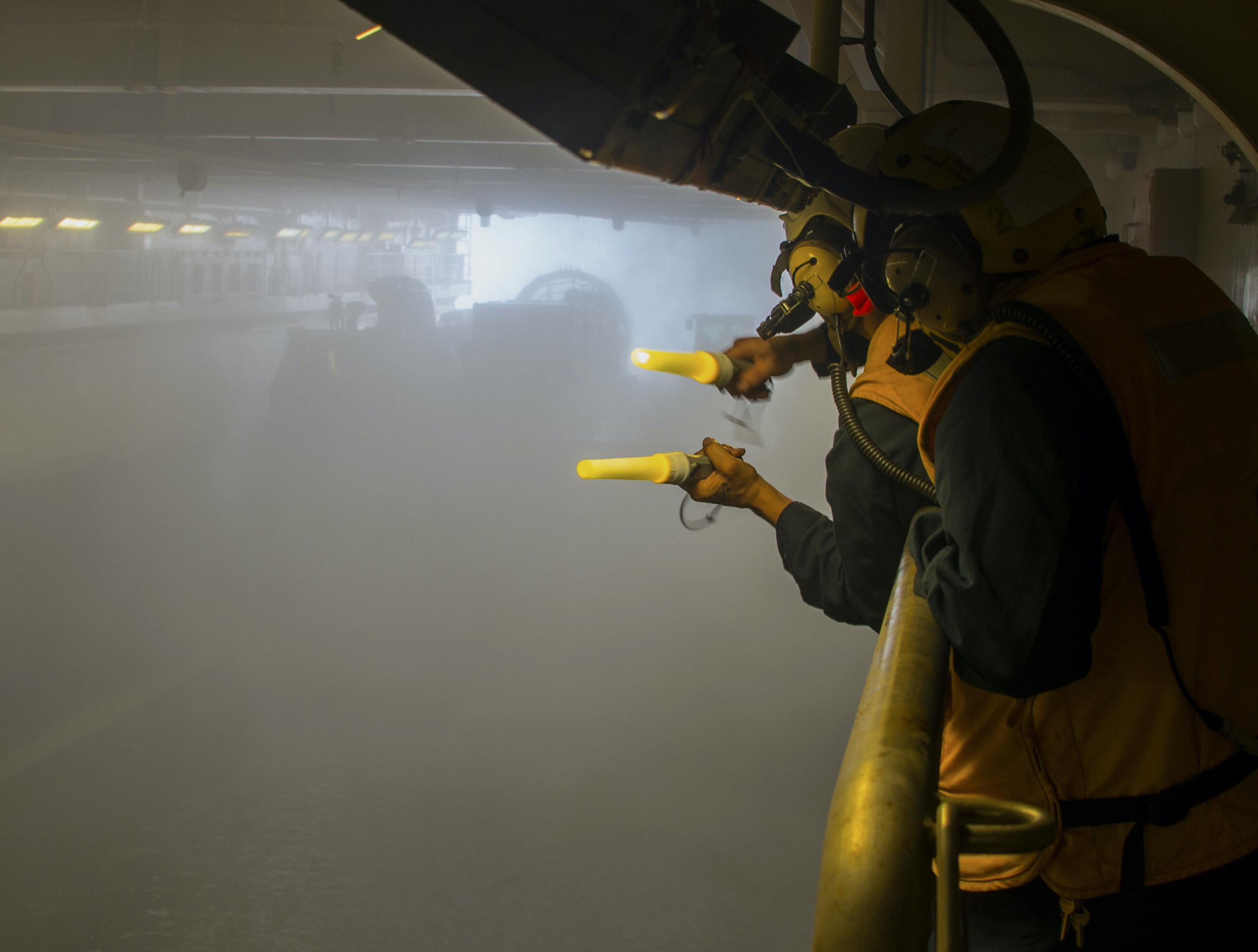 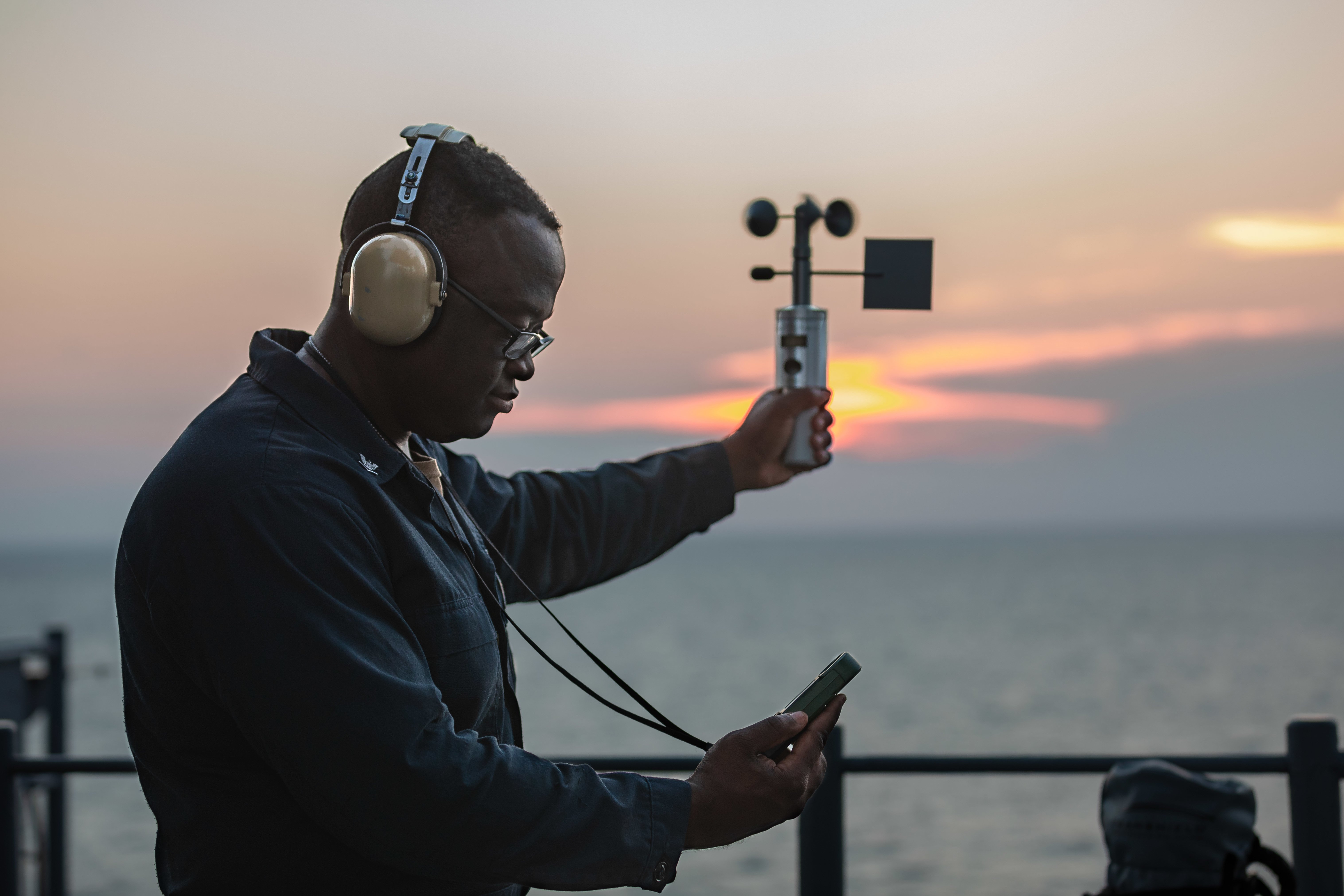