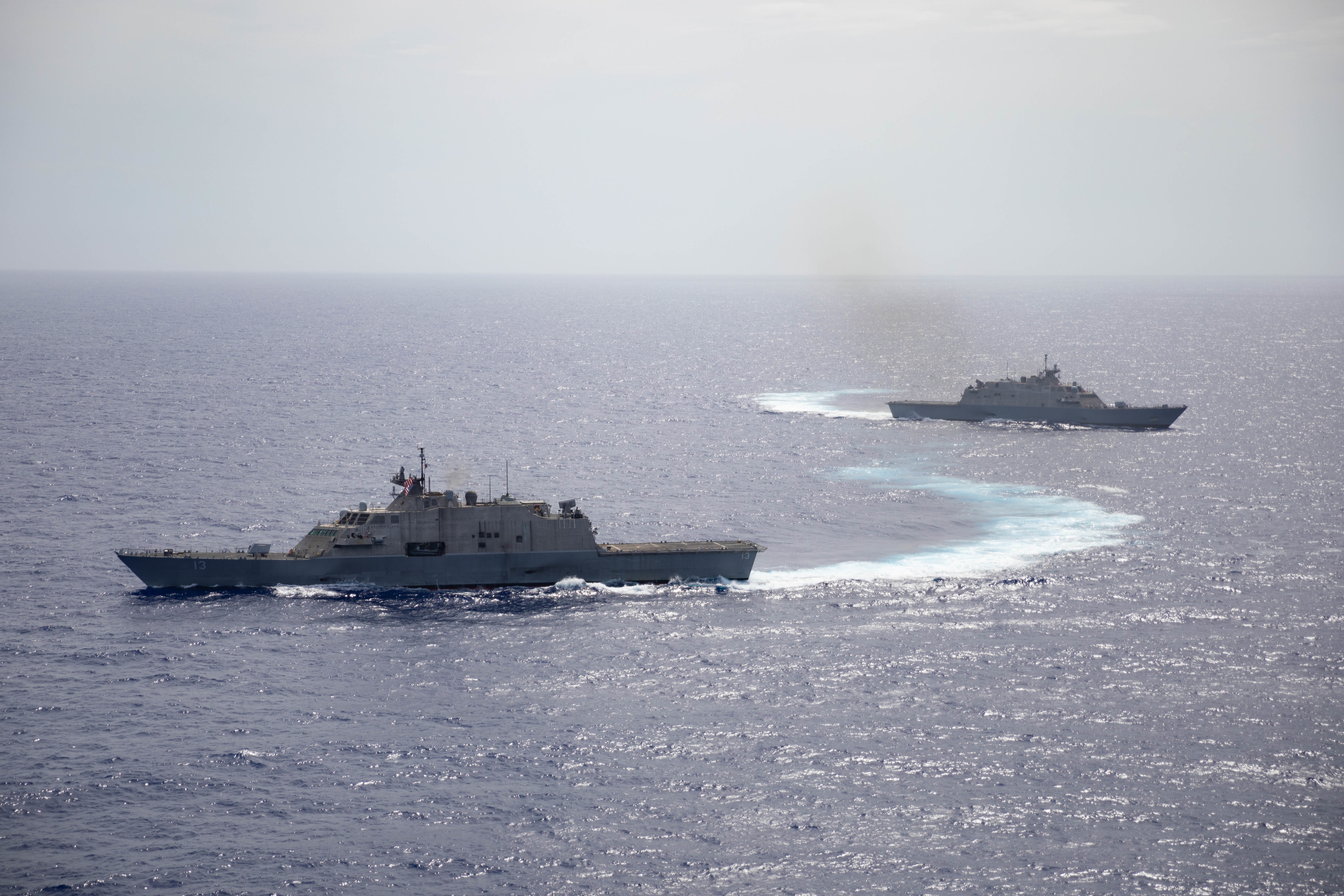 The Navy has issued multiple awards cumulatively worth up to $2.76 billion to maintain its East Coast-based Littoral Combat Ships, according to a Friday Defense Department contract announcement.

BAE Systems’ ship repair yard in Jacksonville, Fla., and Fincantieri Marine Systems North America, which is based in Chesapeake, Va., received a multiple award contract worth up to $1.3 billion for LCS maintenance.

The awards are specifically for the maintenance of LCS based in Mayport, Fla. While the three multiple award contracts are in total worth up to $2.76 billion, each company is currently receiving only $10,000.

“The purpose of these sustainment execution contract efforts is to continue and expand the contractor base of ship yards capable of performing the required maintenance, repair, and modernization of LCS Class Ships by awarding IDIQ MAC prime contracts,” Naval Sea Systems Command spokesman Alan Baribeau told USNI News in a statement.

“The ship repair Indefinite Delivery/Indefinite Quantity (IDIQ) Multiple Award Contracts (MACs) are supply contracts with incidental service elements. The supply being procured is the repaired, mission-ready vessel, which is returned to service within the Fleet,” Baribeau added. “The work will be for LCS ships homeported in Mayport, FL. After contract awards, the Government will solicit individual Delivery Orders amongst the MAC-IDIQ holders based on actual work packages.”

Earlier this month, Austal USA – along with Continental Maritime of San Diego LLC and Epsilon Systems Solutions Inc. – received a multiple award contract worth up to $344.7 million to help maintain the Navy’s West Coast-based Littoral Combat Ships, which are homeported in San Diego, Calif.

While the Navy originally envisioned a contractor-centric maintenance approach for the Littoral Combat Ships, the service is shifting to having its sailors do more maintenance and sustainment work.

Vice Adm. Roy Kitchener, the commander of Naval Surface Forces, said earlier this summer that while the Navy will still need contractors to do some LCS maintenance, he wants sailors to perform the bulk of the work.

“I think one of the toughest challenges we’ve had is quite frankly one is how we do the maintenance. That was very different for us – going to the [contractor]-based maintenance and sailors being more of an operational role and maybe picking up 10 to 20 percent of the work to be done,” Kitchener told reporters in June. “It left us with the inability quite frankly to troubleshoot to the level that the Navy is used to doing. You know, on all the ships I served [on] that’s why we have them – sailors – there and we have all the things, the tools needed.”