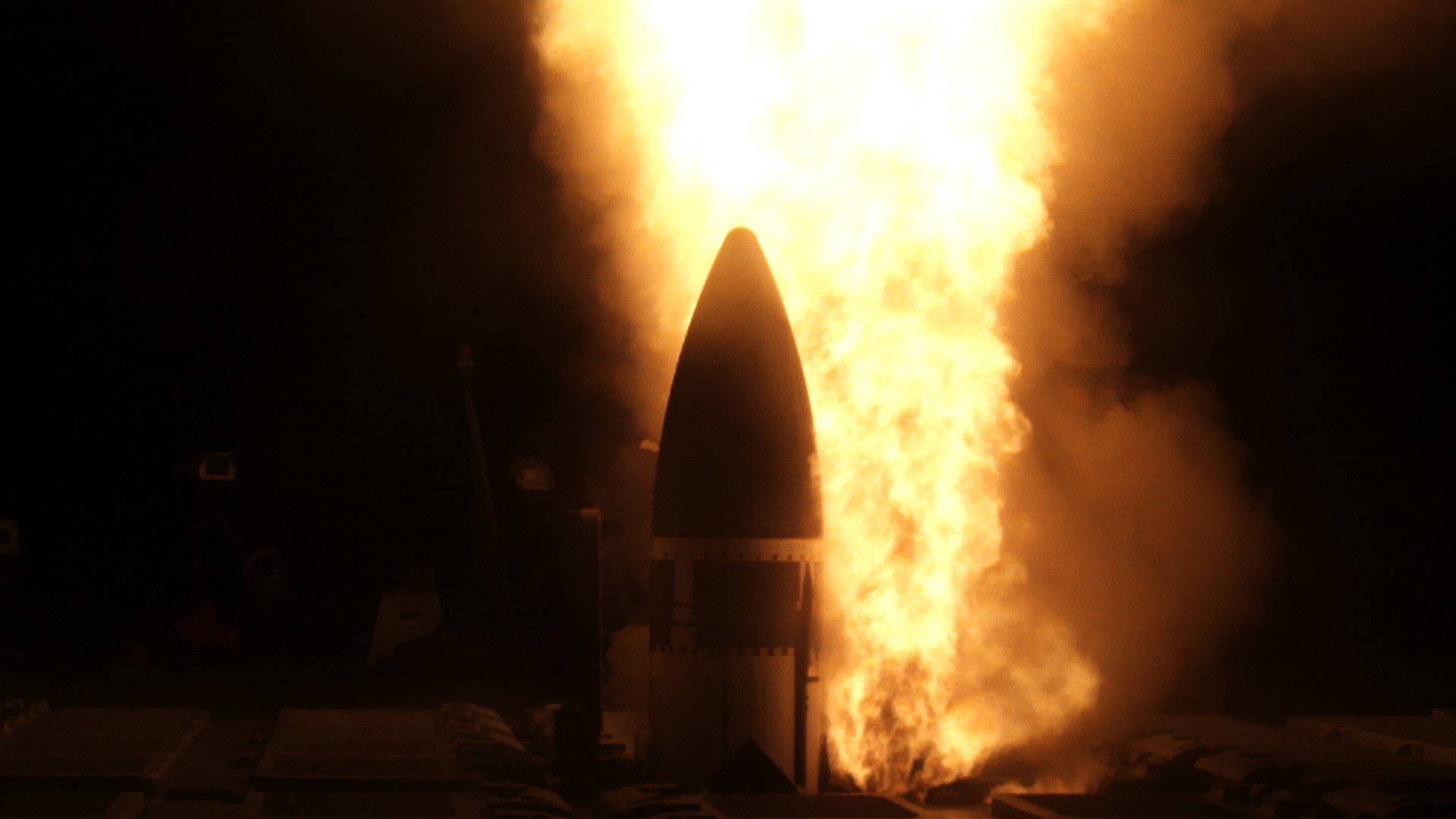 The U.S. has several options to defend Guam against attack, the director of the Missile Defense Agency said this week, as the House Armed Service Committee wants more details on what exactly will be put in place against different threats and at what cost.

Vice Adm. Jon Hill, speaking at a Defense News online forum, said Thursday that his agency has completed its report to Congress on “sensors, command and control … what’s available today” that is now under review in the Pentagon and by the services.

U.S. Indo-Pacific Command “has a clear requirement” for updated missile defense for Guam, he said. The combatant command put Guam’s ballistic missile defense as its number one unfunded requirement at $231.7 million for Fiscal Year 2022.

Testifying in June before the House panel about defending the American territory, Hill said the agency was taking into account the threats of ballistic, cruise and hypersonic attack from North Korea and China in requesting $118.3 million for its defense. He termed it a “very aggressive timeline” to deployment.

The House Appropriations Committee recommended that request for Guam be cut by about $56 million.

In the past, Hill has described Guam as a challenging place to defend because of its terrain. He has said a hybrid defense employing the Navy’s Aegis Ashore and the Army’s Terminal High-Altitude and Area Defense (THAAD) system might be the approach the U.S. adopts. He called that approach “system-agnostic” and said he and Adm. John Aquilino, the INDOPACOM commander, were in agreement.

When asked about the status of the Aegis Ashore program in Poland, Hill said the Army Corps of Engineers, which is overseeing the project, said “construction has been at 95 percent” for some time.

As for when it would be operational, he said, “no earlier than [20]22.” He added the program manager is in Poland now gathering new data on progress.

Looking to the future of the Aegis Ashore program, Hill said a key lesson learned from the experiences in Poland and Romania is to decide early on whether the emplacement is to be long-term “or put it there and pull it out.”

If it’s a long-term deployment, he said the U.S. must account for construction factors like earthquakes and other catastrophic occurrences. But to “reduce complexity and to go back to being transportable” is very possible, since the Aegis system is modular.

“The number of launchers is separate” and “sensor requirements … command and control, where should it be” need to be considered in how to proceed, but those elements can be moved.

“I don’t make that decision” as to which course to follow, he said.

But Hill added, “don’t let the construction get so complex” that scheduled completion dates can’t be met.

Hill said the agency and the Pentagon are looking at hypersonic weapons defense and are paying closer attention to the capabilities that already exist in the Navy’s Aegis-class cruisers and destroyers, which are critical.

“What is missing is the weapon” now to go after the hypersonic missile in the glide phase rather than the terminal, Hill said. “We can go after this now.”

He said in the online forum this was a shift in emphasis for the agency in looking at hypersonic missile defense from having in place a new layer of low-orbit, space-based sensors to identify that threat, but the sensor layer wouldn’t be in place until the 2030s.

Testifying before a Senate Armed Services subcommittee in June, Hill said MDA’s “approach for regional hypersonic defense will first focus on defense in the terminal phase. Information superiority is critical to the future battlefield and is necessary to enable rapid planning and employment in a joint operating environment.”

Hypersonic weapons travel at five times the speed of sound [over 3,800 miles per hour] and are maneuverable.

Hill, speaking in late June at a Washington think tank, was more specific on countering the threat. “When you look at that first layer being the sea-based terminal capability, which is leveraging the SM-6 because of its really capable airframe, that is that first layer. And so the second layer will be the Glide Phase Interceptor, right. So if we can kill a glide weapon in its most vulnerable place in glide, then that makes the terminal problem much easier. Because terminal is great, but it’s really the last ditch, right. And so we would not like to have the forces in that position, and if we – and because of the way we’ve constrained the design to the Mark 41 VLS launcher, it gives it flexibility.”

But a layer of sensors must remain a priority for hypersonic weapons defense.

When asked about American defenses – like Patriot, SM-3 or Theater High-Altitude Area Defense against Chinese or Russian hypersonic weapons attacks – Mark Lewis, the Pentagon’s former director of research and engineering, said it “would be a little problematic” because of the number of weapons involved, particularly if coming over the pole at cities.

Speaking at the Heritage Foundation last month, he said “the biggest problem is detecting. … We need new sensors,” namely the Hypersonic Ballistic Tracking Space Sensor as an essential part of layered missile defense.