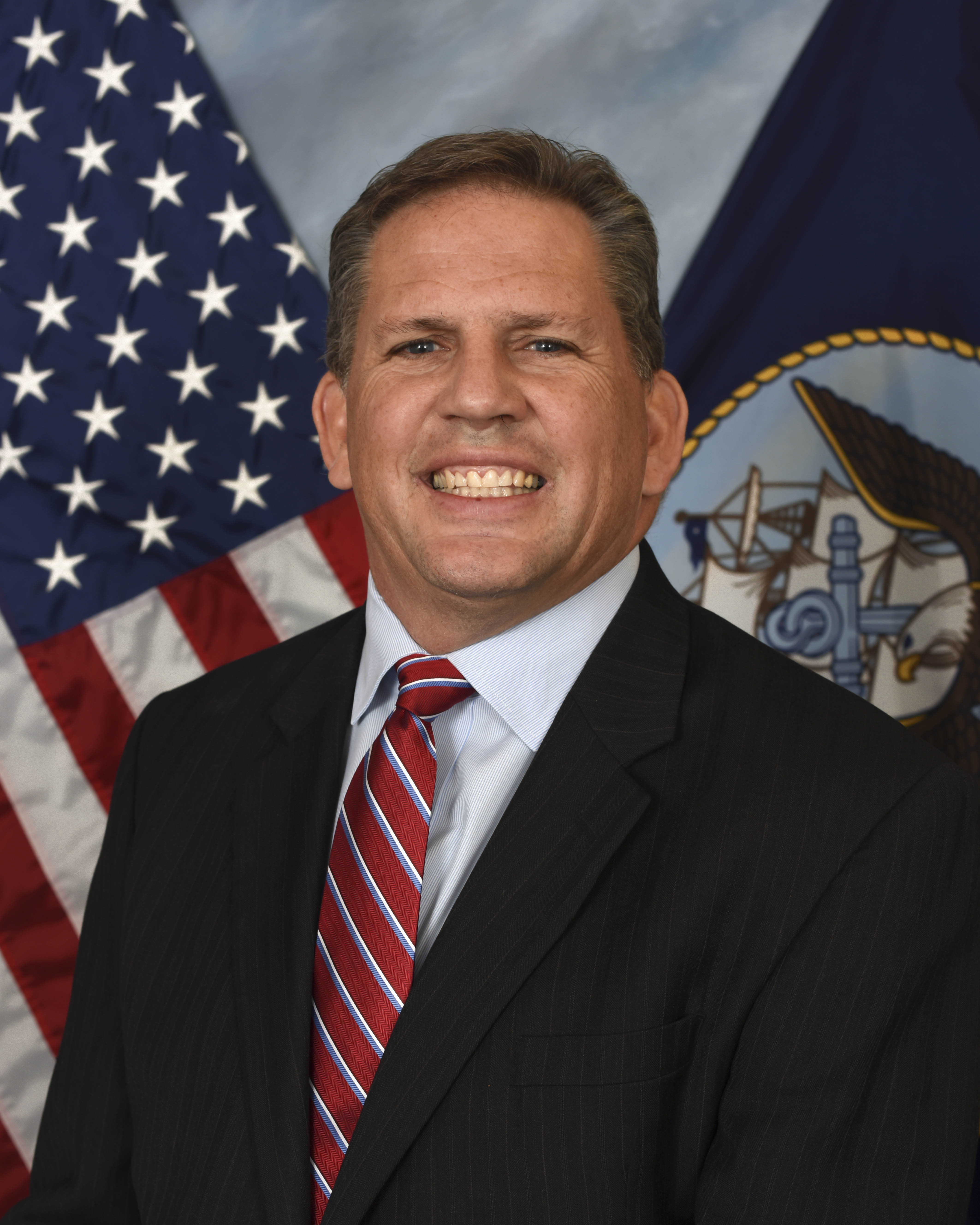 This story has been updated to include a statement from a Navy spokesperson and a former spokesperson for James Geurts.

James Geurts, the Navy’s former acquisition chief who for the last several months has been performing the duties of the under secretary of the Navy, is stepping down this month.

In a Thursday post on LinkedIn, Geurts shared a handwritten letter, dated Aug. 3, detailing his decision to formally retire.

“I have decided to retire from government service later this month,” Geurts wrote in the note. “It was an extremely difficult decision given my strong belief in our mission and pride in being part of the Dept of the Navy team.”

Geurts has been performing the duties of the under secretary of the Navy in the Biden administration since February. He served as the Navy’s top acquisition executive during the Trump administration. 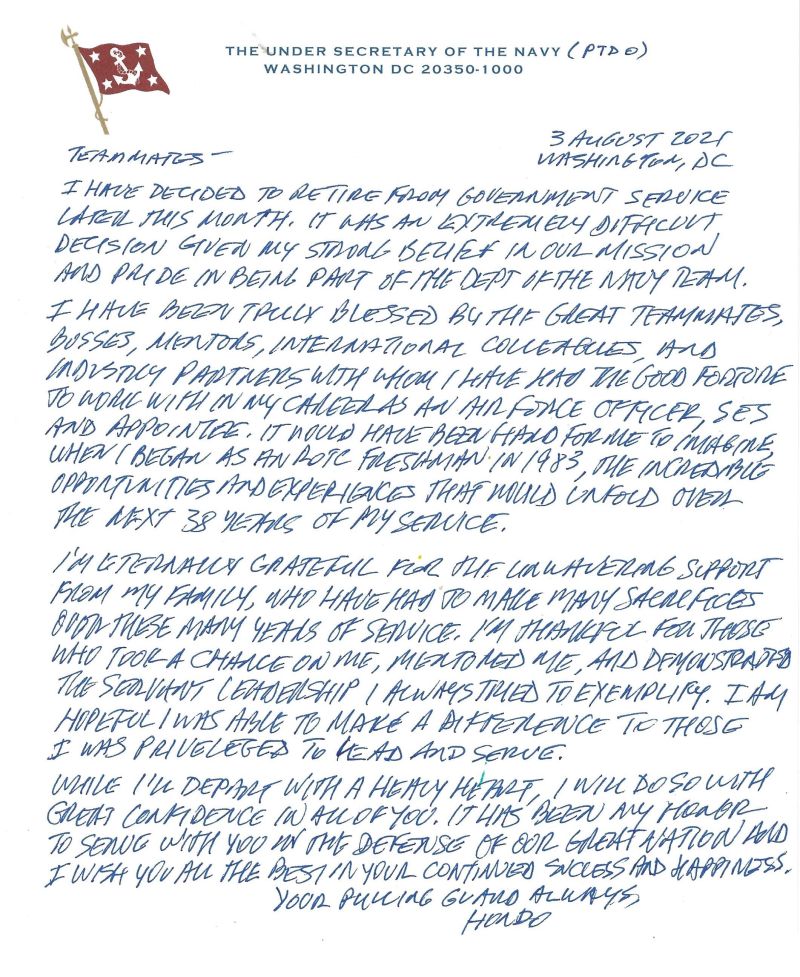 “I have been truly blessed by the great teammates, bosses, mentors, international colleagues, and industry partners with whom I have had the good fortune to work with in my career as an Air Force officer, [senior executive service] and appointee,” Geurts wrote in the note. “It would have been hard for me to imagine when I began as an ROTC freshman in 1983, the incredible opportunities and experiences that would unfold over the next 38 years of my service.”

Before assuming his role as the assistant secretary of the Navy for research, development and acquisition, Geurts spent nearly 12 years working on acquisition at U.S. Special Operations Command, according to his LinkedIn profile. He also was an Air Force officer for 22 years, according to his Navy biography.

A Navy spokesperson told USNI News that the service does not yet have a replacement for Geurts.

“Secretary James F. Geurts, who is currently performing the duties of Under Secretary of the Navy, will be retiring from government service later this month. A replacement has not been identified to fill the position at this time,” Lt. Ashley Nekoui, a spokesperson for Geurts, said in a statement.

During his time as the Navy’s acquisition chief, Geurts oversaw a wide range of programs and efforts, including the service’s pursuit of unmanned technology, the award for the new Constellation-class frigate, and work on the Ford-class aircraft carrier program.

”Although the DoN acquisition community only had him a couple years in his over 30 year defense career, his leadership made a big impact on the entire research, development and acquisition enterprise,” Danny Hernandez, a former spokesperson for Geurts when he served as the Navy’s acquisition chief, told USNI News in a statement. “He changed the culture, streamlined acquisition processes and requirements, and empowered teams to operate with a sense of urgency.”