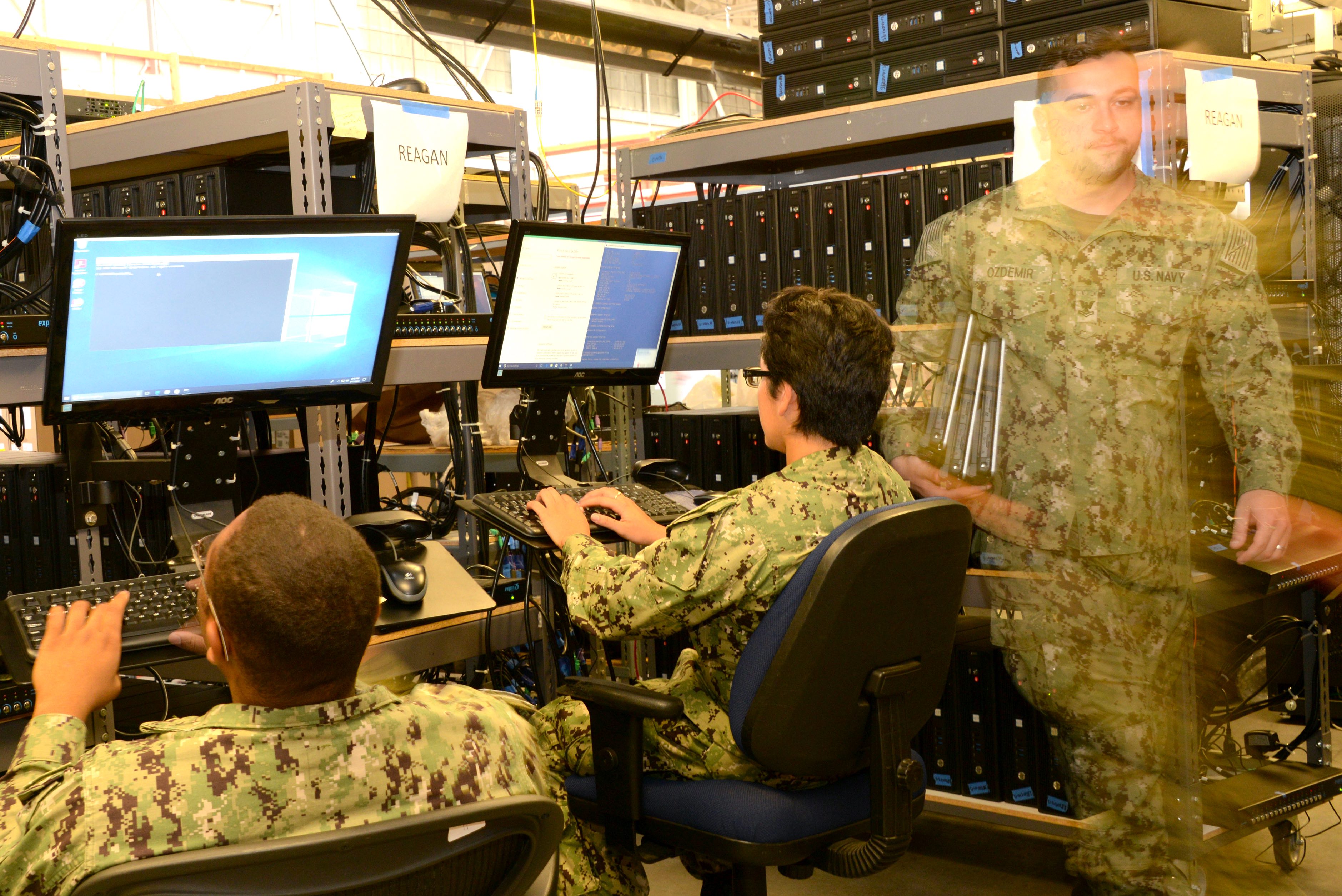 The United States needs to balance investments in military hardware with software capabilities like artificial intelligence and machine learning, a senior lawmaker who oversees a range of security issues said this week.

Rep. Rick Larsen, (D-Wash.) who serves on the House Armed Services subcommittee on cyber, innovative technologies and information systems subcommittee, said the importance of software in competing with China became clear this past week when the United States, NATO allies and other partners condemned Ministry of State Security’s use of hackers in a series of wide-ranging extortion schemes and repeated thefts of proprietary information.

What was important, Larsen added in the Hudson Institute online forum, was that “the naming and shaming” of the Chinese for their hacking of the Microsoft Exchange email server came from nations other than Washington. International condemnation also “provides a lever” for Indo-Pacific nations to use against Beijing’s aggressive behavior.

“Cyber attacks are definitely in their interest,” he said. But “the days of hiding behind hackers is over [for the Chinese government and the Chinese Communist Party] as are the days of the United States saying nothing.”

On the broader field of telecommunications and defense, Larsen said, “we can’t have 5G systems easily hacked. The security the Defense Department needs is far higher than what an individual needs.”

The Chinese telecommunications giant Huawei is a leading manufacturer and seller of 5G networks to developing countries and until recently U.S. partners and allies, raising questions over the security of data held or passing among them.

The Defense Advanced Research Projects Agency has “40 years of investing in AI” that the Pentagon is capitalizing on, Larsen said. He cited the array of advanced technologies that the government has pioneered over the years and continues to back financially.

Congress’ invested in rebuilding the U.S. microchip manufacturing industry in the last defense authorization bill, reflecting software’s importance to national security. The bill was designed to end an over-reliance on suppliers from Taiwan – which is increasingly threatened by China – and the Netherlands. It was also designed to restore global supply chains, upended by the pandemic, that provided chips from overseas used in everything from home appliances to automobiles and advanced computing systems.

Larsen, whose district includes Naval Station Everett – the future homeport of the Constellation-class frigates – and Naval Air Station Whidbey Island, said the 21 freedom-of-navigation transits through the Taiwan Straits remind allies as well as China of the United States’ commitment to keeping those waters international.

The transits are also “signaling and messaging” China about the American continued presence in the Western Pacific. Larsen called them “extremely important for deterrence” in light of warnings from key military leaders about Beijing’s build-up of forces for a possible invasion of Taiwan in five to six years.

While [Taiwan is] not a treaty partner with the United States, Larsen said the Taiwan Security Enhancement obliges Washington to provide the island “defensive materials over time.” He added that the Biden administration “won’t back down” in countering China’s aggressive behavior there or across the Indo-Pacific.

When asked about Defense Secretary Lloyd Austin’s upcoming visit to the Philippines, Vietnam and Singapore, he said, “showing up is critical for the U.S. We are a Pacific nation, and we need to act like it.”

Earlier, he said nations across the region, including American allies like Japan, South Korea and Australia, have important economic and trade relationships with China, as does the United States. But countries not formally allied or partnered with the United States don’t want to be put in the position of having to choose between Beijing and Washington for trade and defense.

Although a RAND 2020 survey for the Air Force found those countries leaning toward China economically, Larsen said it also showed they favored American diplomacy and security.

“It’s probably in our interests not to make them choose,” but to show continued interest in the range of affairs in the Indo-Pacific. One step he mentioned would be working with countries there on a digital trade accord. He added this was important now as China is making overtures to join the trading zone that is Japan’s version of the Trans Pacific Partnership.

Larsen added that he did not see the United States rejoining the partnership. The Trump administration withdrew from it in January 2017.

Larsen, who chairs the House Transportation Aviation Subcommittee, said he sees a bright future for aviation in light of the truce between the United States and the European Union concerning subsidies to Boeing and Airbus. Boeing’s Washington state plant is in his district.

The “thinking is airplanes, and,” he said.

Among the “ands” he listed were commercial space flight, electric propulsion for regional jets, new drones to meet infrastructure and security needs and air taxis “in the age of the Jetsons,” a popular television show produced in the 1960s and again in the 1980s.

“There are a lot of things going on.”