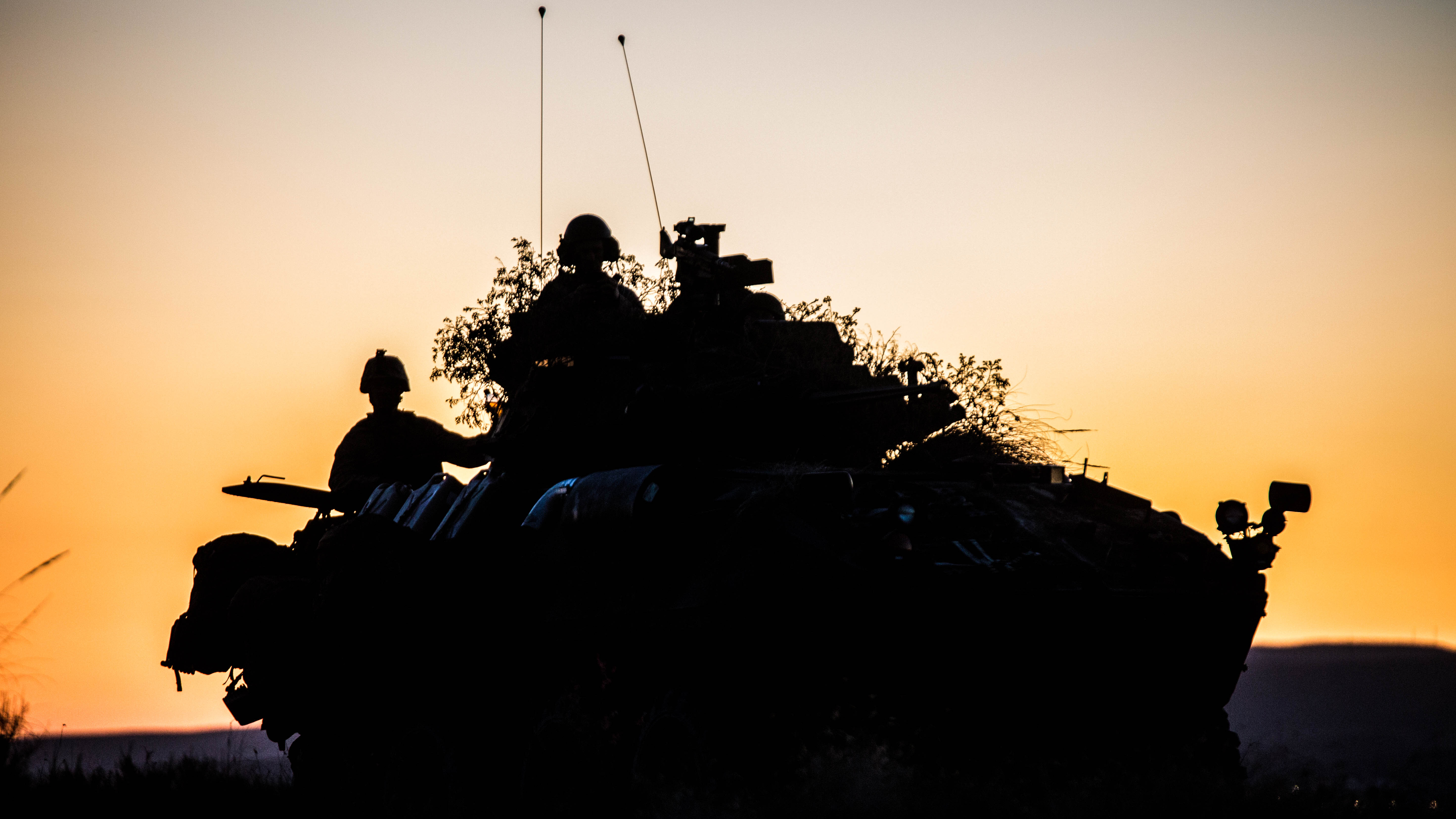 The Marine Corps is evaluating three pitches for the vehicle that will replace its fleet of 1980s vintage light armored vehicles, the service announced last week.

Textron and General Dynamics Land Systems were tapped by the service to build prototypes for its Advanced Reconnaissance Vehicle while BAE Systems will participate in a separate technical study that will look at a variant of its Amphibious Combat Vehicle to serve as the ARV.

The service is looking to replace its fleet of 600 LAV-25s with about 500 ARVs that will be connected to unmanned systems and information networks as part of the Marine Corp’s developing Force Design 2030 effort, USNI News reported in May.

“The ARV Command, Control, Communications and Computers/Unmanned Aerial Systems will host a suite of C4 equipment, sensors, and operate both tethered and untethered UAS,” reads a statement last week from Program Executive Officer Land Systems.
“The ARV C4/UAS will employ an effective mix of reconnaissance, surveillance, target acquisition, and C4 systems to sense and communicate. These systems will enable ARV to serve as the manned hub of a manned/unmanned team and deliver next-generation, multi-domain, mobile reconnaissance capabilities.”

Textron and General Dynamics have 22 months to complete their prototypes with delivery expected in the first quarter of Fiscal Year 2023.

Textron is submitting its Cottonmouth concept — which it developed a year ahead of the current competition based on its impression of Marine Corps requirements.

“The system has to possess the size, weight and power to accommodate those systems and still stay within their vehicle cone index or their ground pressure,” David Phillips, Textron’s senior vice president of land systems

“They want these systems to be under 18-and-a-half tons, and again, they want to fit four on a Ship-to-Shore Connector. The vehicle not only has to have outstanding land mobility, it has to swim in the ocean; it has to depart from connectors, and it has to transition through the surf zone.”

LAV-25 maker General Dynamics did not provide USNI News with a concept outline or an illustration of their bid when reached on Friday.

BAE Systems, the builder of the ACV, is using a separate study to evaluate if an ACV variant could meet the requirements of the ARV.

“In parallel to competitive prototyping, the Marine Corps is also pursuing an effort to define the trade space of a government off-the-shelf solution using the Amphibious Combat Vehicle,” PEO Land Systems said in a statement.
“The data from the ARV competitive prototyping efforts and the ACV study will jointly inform a Marine Corps decision point in fiscal year 2023.”