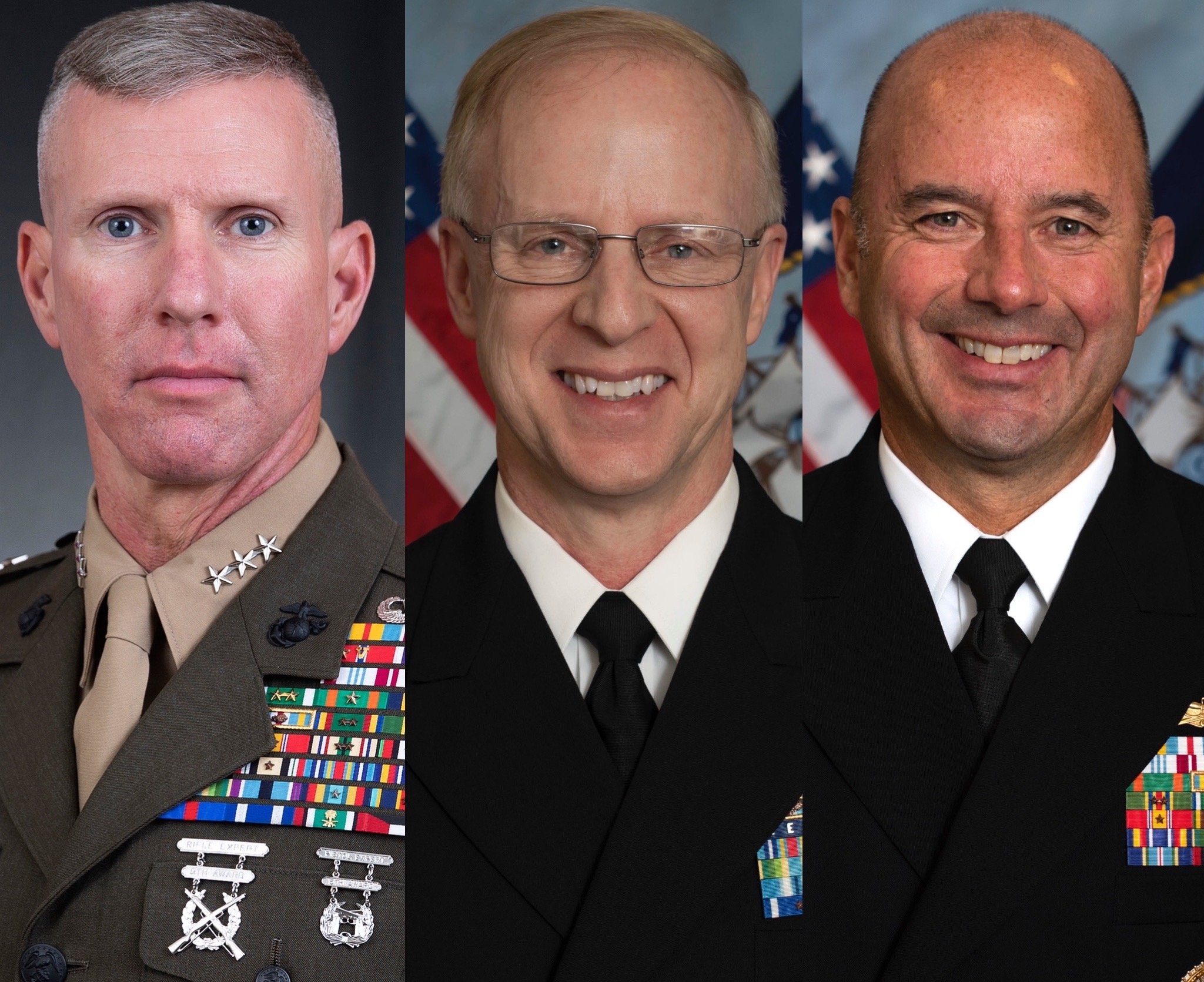 This post has been updated to include the nomination of Lt. Gen. Eric Smith to serve as the assistant commandant of the Marine Corps.

The Marine Corps’ deputy commandant for combat development and integration has been tapped to serve as the second-highest-ranking officer in the service, the Pentagon announced on Thursday. Meanwhile, the current head of the Navy’s Atlantic submarine force and the current head of the service’s requirements office have been nominated to lead U.S. Fleet Forces Command.

Lt. Gen. Eric Smith was nominated for a fourth star to serve as the assistant commandant of the Marine Corps and succeed Gen. Gary Thomas. Smith has been the deputy commandant for combat development and integration since 2019. It is dual-hatted position, with Smith also leading the Marine Corps Combat Development Combat (MCCDC) as its commanding general.

Prior to leading the Quantico, Va., command, he led Okinawa, Japan-based III Marine Expeditionary Force. He previously was the commanding general of 1st Marine Division and has led Marine Corps Forces Southern Command, according to his service biography. Before leading 1st Marine Division, he was the assistant deputy commandant for plans, policies and operations. He also served as the director of the Capability Development Directorate under CD&I and has commanded 1st Battalion, 5th Marines; and 8th Marine Regiment, according to his bio.

Smith has been a key figure in reshaping the Marine Corps to operate as a more nimble and expeditionary service as part of the service’s Force Design 2030 initiative. As the head of CD&I, he has worked to implement Commandant Gen. David Berger’s Commandant’s Planning Guidance, the strategic vision driving the Marines’ force design work.

Meanwhile, Vice Adm. Daryl Caudle is up for a promotion to four-star admiral and will head to the Hampton Roads, Va.-based command. Caudle has lead Naval Submarine Forces and U.S. Atlantic Fleet since November of 2019. Vice Adm. Jim Kilby, who since September of 2019 has served as the deputy chief of naval operations for warfighting requirements and capabilities (OPNAV N9), will be Caudle’s deputy.

In his role as the service’s top requirements officer, Kilby has overseen the Navy’s pursuit of unmanned vessels and worked closely with ACMC nominee Smith on the Marines’ force design work and the push for naval integration between the two services.

Current Fleet Forces commander Adm. Chris Grady is in contention to replace current Vice Chairman of the Joint Chiefs of Staff Gen. John Hyten, who is expected to retire later this year, several defense officials have told USNI News over the past several months. Grady has led Fleet Forces since 2018.

The Pentagon also announced that Rear Adm. Frank Whitworth, the director of intelligence on the Joint Staff (J2), has been nominated for a third star. He will remain in his current job, according to the announcement.

All of the nominations are subject to Senate approval.

The following is the complete list of Navy and Marine Corps nomination announcements.

Secretary of Defense Lloyd J. Austin III announced today that the president has made the following nominations: