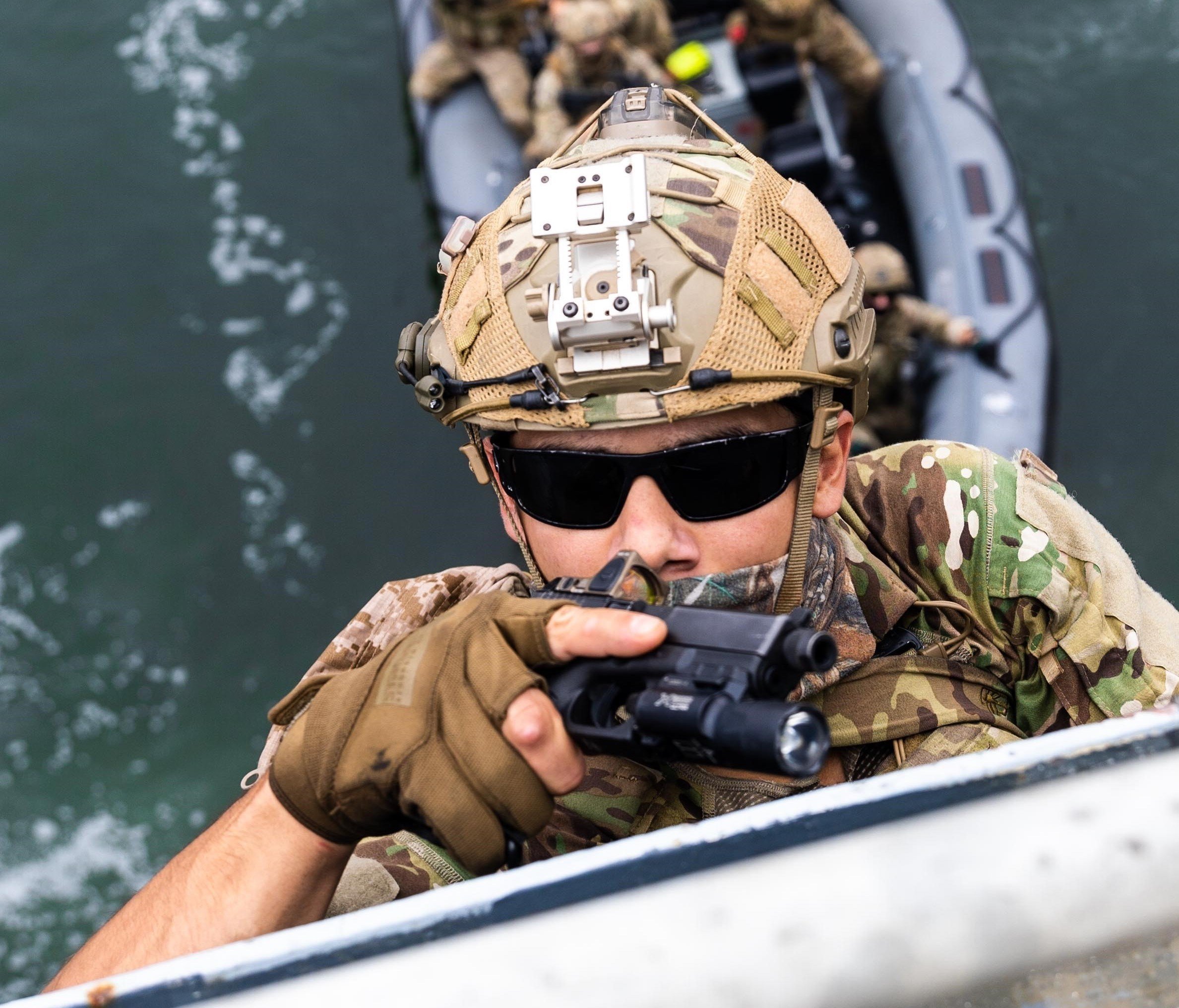 A U.S Navy SEAL secures the deck of a ship, and conducts board, search, and seizure (VBSS) training with British Royal Marine Commandos and Ukrainian Special Forces in Odessa, Ukraine on June 21, 2021. US Army Photo

Increasing gray zone conflicts around the world means U.S. Special Operations Command must adapt to the era of great power competition while still being a counter-terrorism force, a key House lawmaker said Wednesday.

Disinformation campaigns by China, Russia and others and attacks by cybercriminals “may be one of the biggest security threats we’re facing,” Rep. Stephanie Murphy (D-Fla.) and vice chair of the House Armed Services intelligence and special operations subcommittee said at the Center for Strategic and International Studies. For nations, terrorist organizations and criminals, gray zone operations are “a low-cost way to disrupt” our country to their advantage.

Having served in the Pentagon for the assistant secretary for special operations and low-intensity conflict just after Sept. 11, 2001 terror attacks, she added, “there’s a SOF element” to countering these activities, particularly disinformation and propaganda.

“SOF is a place where you can incubate ideas,” she said.

After touring the command’s Military Information Support Operations WebOps Center at MacDill Air Force Base, Fla., Murphy said she came away impressed with its ability to address this growing threat. SOCOM has the lead in the Pentagon in exposing and countering propaganda and disinformation.

Earlier this year, SOCOM commander Army Gen. Richard Clarke told lawmakers China has ramped up an information operations campaign in the Indo-Pacific. He said SOCOM has established a task force there “to tamp down some of the disinformation” China spreads about its own activities, in addition to those of the United States and its allies and partners.

At the CSIS event, Murphy said China, “with suitcases full of money,” has “much more of a transactional relationship” with other nations in the Indo-Pacific and Africa than the United States. Special Operations Command is responsible for some of that perception.

Murphy used the counterterrorism American special forces have performed in the Philippines for more than a decade as an example. A long-term effort like that, “gives [the United States] reach conventional military may not have.”

Other pluses she mentioned were interoperability with partners and establishing long-term “relationships our competitors don’t have.”

On the impact of the Afghanistan withdrawal, Murphy, said, “the onus is on our military” to alert policymakers to ensure the United States remains capable of monitoring terrorist organizations’ activities there and abroad. She added the “over-the-horizon” response as now explained to Congress “is an eight- or nine-hour flight if we can’t get any closer in.”

The congresswoman, whose family fled Vietnam in a boat when she was an infant in 1979, also said she was very concerned about protecting Afghans – particularly interpreters, security guards and embassy clerks and their families – who helped American and coalition forces during the war. A vote in the Senate to change the visa program for these Afghans is expected soon. The House passed its version in late June.

“Now we have to monitor the situation” as the Taliban gains ground and peace talks with the government remain stalled.

Murphy applauded the reforms leaders at all levels in SOCOM are implementing to better care for its members’ and families’ physical and mental health. They were adopted following a command-ordered review of ethics and culture.

These changes came about following a report of serious crimes from high drug use to murder that cut away at the ethics of special forces.

On building diversity in the command, SOCOM “needs to look at each unit in the SOF community” from civil affairs to Navy SEALs “to understand what the barriers are” in each because the requirements to carry out missions vary widely from organization to organization and component to component.

Murphy said, “I remember what it looked like” when she visited the command – male and largely white – as a “bureaucrat” with a Vietnamese heritage. “They’re making progress.” She said she was paying particular attention to SOF deploying to Latin America, which had been part of her portfolio in the Pentagon.

Murphy said she now sees “a blend not just from a linguistic perspective but a cultural perspective.”

There are about 75,000 service members and civilians assigned to the command.