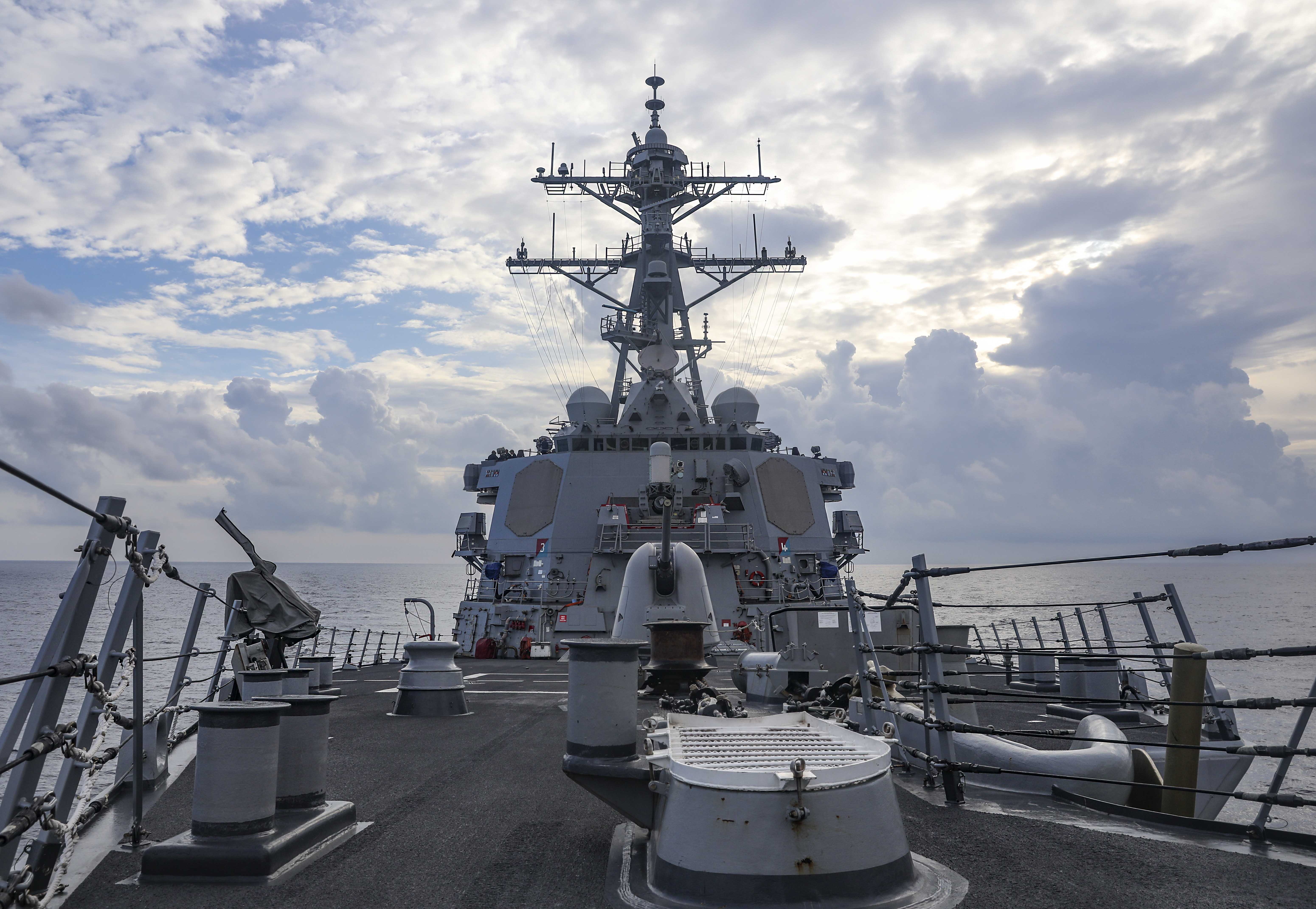 The U.S. Navy has denied China’s claim that its military chased an American warship out of the South China Sea.

The statement from the Navy comes after one of its guided-missile destroyers performed a freedom of navigation operation in the South China Sea on Monday. The People’s Liberation Army claimed it “drove away” USS Benfold (DDG-65), according to a Reuters report.

“The [People’s Republic of China]’s statement about this mission is false. USS Benfold conducted this FONOP in accordance with international law and then continued on to conduct normal operations in international waters,” U.S. 7th Fleet said in a news release. “The operation reflects our commitment to uphold freedom of navigation and lawful uses of the sea as a principle. The United States will continue to fly, sail, and operate wherever international law allows, as USS Benfold did here. Nothing PRC says otherwise will deter us.”

China’s claim came after Benfold sailed near the Paracel Islands. China, Vietnam and Taiwan have all staked claims to the islands. Beijing claims a territorial straight baseline around the Paracels, viewing the seas between the island chain as Chinese territory, not international waters. The U.S. has tested the baseline claim several times in the past.

“The PLA(N)’s statement is the latest in a long string of PRC actions to misrepresent lawful U.S. maritime operations and assert its excessive and illegitimate maritime claims at the expense of its Southeast Asian neighbors in the South China Sea,” the 7th Fleet release reads. “The PRC’s behavior stands in contrast to the United States’ adherence to international law and our vision for a free and open Indo-Pacific region. All nations, large and small, should be secure in their sovereignty, free from coercion, and able to pursue economic growth consistent with accepted international rules and norms.”

The Chinese foreign ministry criticized the FONOP during a press briefing on Monday.

“China will continue to firmly defend its sovereignty, rights, interests and security in accordance with law, firmly protect the friendly, cooperative relations with regional countries, and firmly safeguard peace and stability in the South China Sea,” said Zhao Lijian, the spokesman for China’s foreign ministry, according to a transcript of the press conference.

The U.S. Navy denied a similar Chinese claim in May when China’s military said it chased another destroyer out of the South China Sea. USS Curtis Wilbur (DDG-54) had also performed a FONOP near the Paracel Islands.