The nominee to serve as the top Navy civilian will appear before the Senate next week, as Congress prepares to mark up the annual defense spending and policy bills.

Carlos Del Toro, a former surface warfare officer and destroyer commander, will testify in front of the Senate Armed Services Committee on July 13 along with four other Pentagon nominees.

Del Toro would be the second Hispanic Navy secretary should the upper chamber confirm him to the position.

His testimony follows recent Congressional criticism over the Navy’s Fiscal Year 2022 budget request, which included the decision to breach a multi-year procurement contract by only seeking to buy one Arleigh Burke-class destroyer.

Del Toro will likely face questions from lawmakers about the destroyer procurement, in addition to other pressing challenges the Navy must confront.

“We built the [Fiscal Year 20]22 budget, you know, noting a change in administration and the topline that the department of the navy receives, the DoN, or the Department of the Navy, built their budget with four things in mind. One . . . nuclear deterrent, number one priority – paying for the Columbia class. Number two, for the Navy and the Marine Corps, number priority for the DoN was ready to fight for tonight – that non-nuclear deterrent ready to go tonight,” Rear Adm. John Gumbleton, the Navy’s deputy assistant secretary for budget, said last week during a virtual appearance at the WEST 2021 conference, cohosted by the U.S. Naval Institute and AFCEA.

“Our readiness accounts had to be paid and paid upfront. The third priority speaks to getting after high leverage investments that will meet our number one competitor: China,” he added. “How can we get ready for that eventuality? And then the fourth priority was to grow the size of the Department of the Navy. Clearly, the Marine Corps is divesting to invest. The Navy is actually cutting forces to sustain what we have, so we don’t have a hollow force.”

In addition to the destroyer procurement, Del Toro could also face questions about the Navy’s overall shipbuilding industrial base. The Navy has several new programs on the horizon, including its next-generation destroyer, or DDG(X), and next-generation submarine, or SSN(X).

SASC Chairman Sen. Jack Reed (D-R.I.) and Ranking Member Sen. Jim Inhofe (R-Okla.) in a Wednesday Proceedings op-ed identified the need for a full picture of both Navy shipbuilding goals and the industry.

“Maximizing stability in the shipbuilding industrial base, which includes prime contractors, subcontractors, and suppliers, as well as improving affordability for the Navy and taxpayers requires stable, predictable procurement profiles and intervals between ships (e.g., 12 months between ship construction starts),” the senators wrote.

“Consistent intervals enable prime contractors to execute ship fabrication more efficiently and suppliers to produce components and subsystems more efficiently,” they added. “The result is often an increased shipbuilder learning curve, which translates into fewer labor hours on successive ships of the same class, as well as better material and supplier pricing, all of which reduces the time needed to build the ship and cost of the ship to the Navy and taxpayers.”

Multiple senators on the SASC have questioned Pentagon officials about acting Navy Secretary Thomas Harker’s decision to shelve the nuclear Sea-Launched Cruise Missile initiative from the FY 2023 budget planning process. Defense Secretary Lloyd Austin told the SASC last month that the forthcoming Nuclear Posture Review would inform the Pentagon’s decision about SLCM, an effort Del Toro is likely to receive questions about during his confirmation hearing.

Del Toro could also face questions about other Navy priorities, like its ambitions for a larger fleet and unmanned vessels to supplement traditional warships. The Navy has received mixed reviews from lawmakers about its approach to pursuing the new unmanned technology. 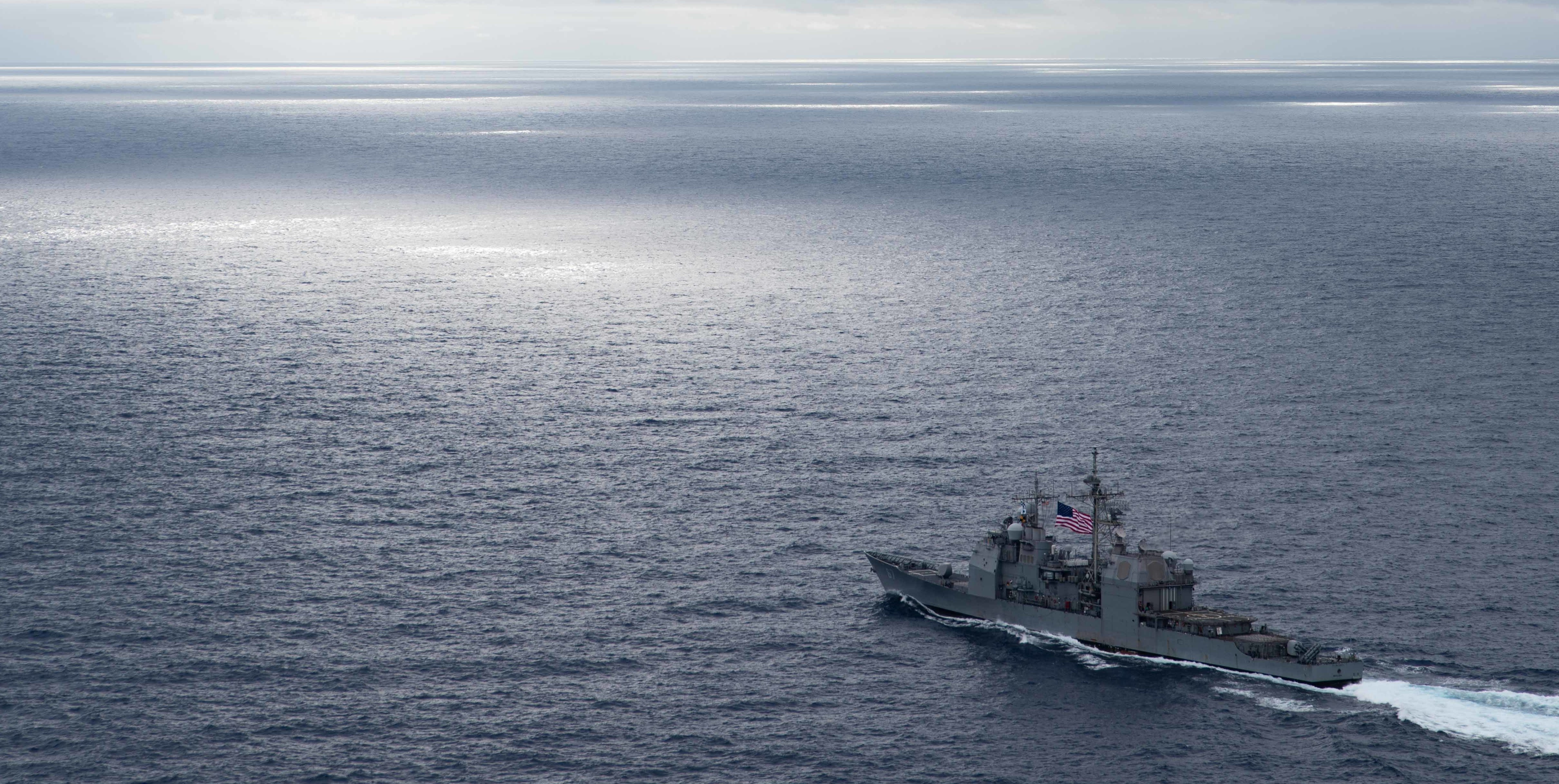 Guided-missile cruiser USS Shiloh (CG-67) steams in the Philippine Sea on May 29, 2021. US Navy Photo

“As I’ve said many times, as many of my colleagues have echoed today, you know we’re looking at this Battleforce 2045 – a plan that’s far off – a 355-ship goal that we’re never going to get to when we decommission more ships every year than we actually build, and it causes a great concern because I think there’s an urgency,” Rep. Elaine Luria (D-Va.), a former nuclear-qualified surface warfare officer who is now the vice chair of the House Armed Services Committee, said during a hearing last month. “I mean, what are we going to do in 2025 to counter this threat?”