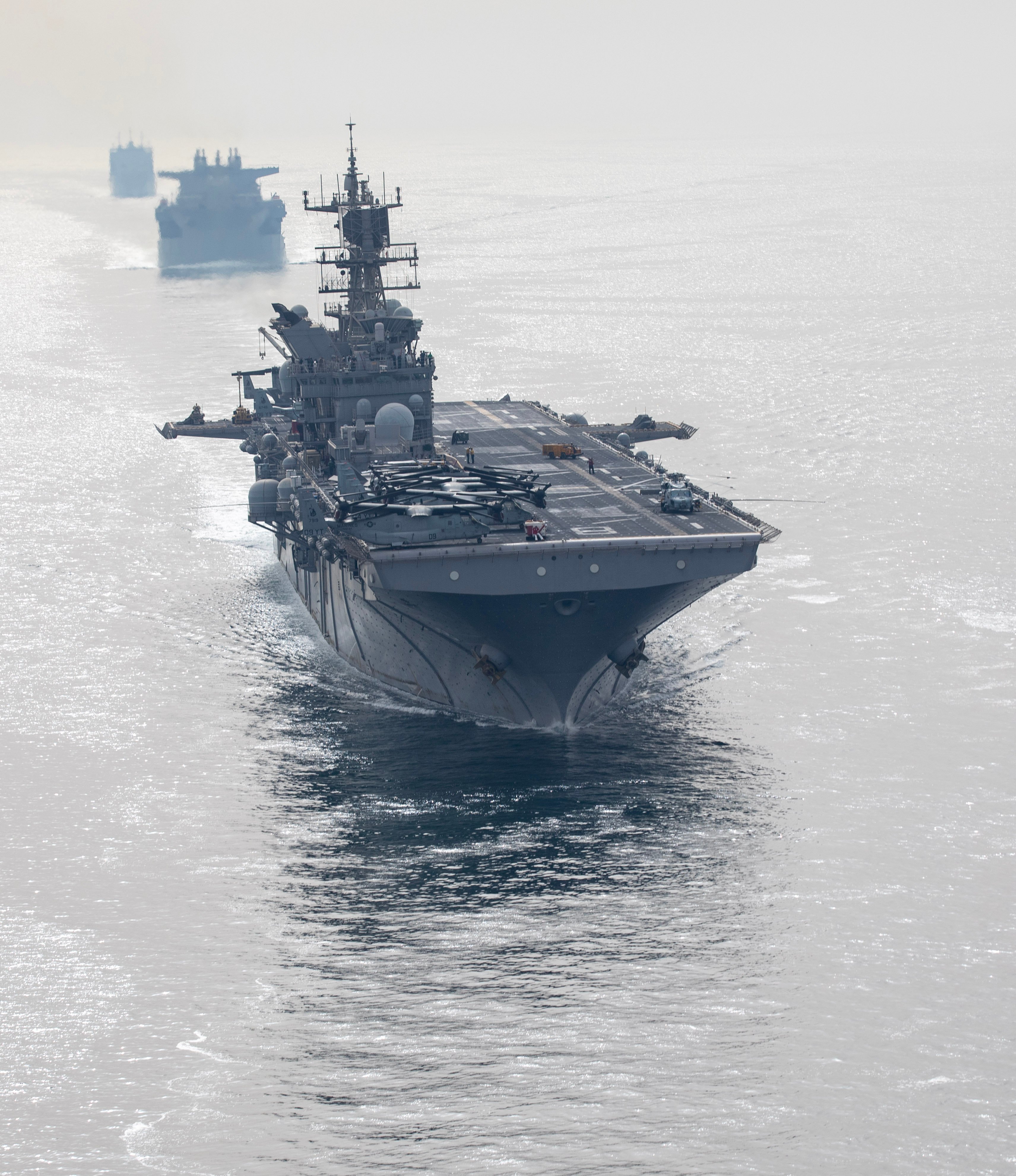 The Makin Island Amphibious Ready Group and the 15th Marine Expeditionary Unit are back in California after seven months at sea, U.S. 3rd Fleet announced on Sunday.

USS Makin Island (LHD-8), USS San Diego (LPD-22) and USS Somerset (LPD-25) have been underway since leaving California in October. The trio of this returned on Sunday

“I am so excited to be able to welcome home the Makin Island Amphibious Readiness Group and 15th Marine Expeditionary Unit to San Diego,” said Rear Adm. Philip Sobeck, commander of Expeditionary Strike Group 3 in a statement. “These ships were deployed during an unprecedented pandemic and demonstrated the ability of the Navy and Marine Corps team to fight through to do the mission. I am so incredibly proud of each and every one of them and their families for their service and their sacrifice.”

The Marines began to leave the three ships for Camp Pendleton on Friday, U.S. 3rd Fleet said in a statement.

“The 15th MEU and Makin Island ARG deployed during an unprecedented pandemic and demonstrated the ability of the Navy and Marine Corps team to successfully and safely execute operations in a COVID-19 environment,” said Col. Fridrik Fridriksson, 15th MEU commanding officer. “I am so incredibly proud of the professionalism, toughness and mental resiliency demonstrated by our Marines and sailors.”

The ARG left San Diego in October after embarking the Camp Pendleton-based 15th MEU for their final graduation exercises and quietly began their deployment off Hawaii on Nov. 10.

After operations in the South China Sea, the Makin Island ARG in December was part of Operation Octave Quartz to withdraw U.S. Troops from Somalia. F-35B Lighting II Joint Strike Fighters flew air support during the withdrawal along with aircraft from the Nimitz Carrier Strike Group.

While in U.S. Central Command, the ARG and the 15th MEU supported Operation Inherent Resolve with F-35s flying missions over Iraq and Syria. In the South China Sea, the ARG paired with the Theodore Roosevelt CSG for presence operations in the region as Chinese activity near Taiwan increased in early 2021.

The TR CSG and the Makin Island ARG were key parts of the U.S. Pacific Air Forces-led Northern Edge 21. The inclusion of the strike group and the ARG marked the largest contingent of naval ships to date in the exercise.

“This deployment has been operationally diverse – from operating in the heat during Operation Octave Quartz to the cold weather for Northern Edge,” Makin Island commander Capt. Tom Ulmer said in a statement.

Ahead of the deployment, eight Marines and a sailor were killed during an AAV accident on July 30, 2020. The resulting investigation – released in March – led to the removal of former 15th MEU commander Col. Christopher Bronzi at the tail-end of the deployment, shortly before the ARG/MEU left U.S. Central Command.