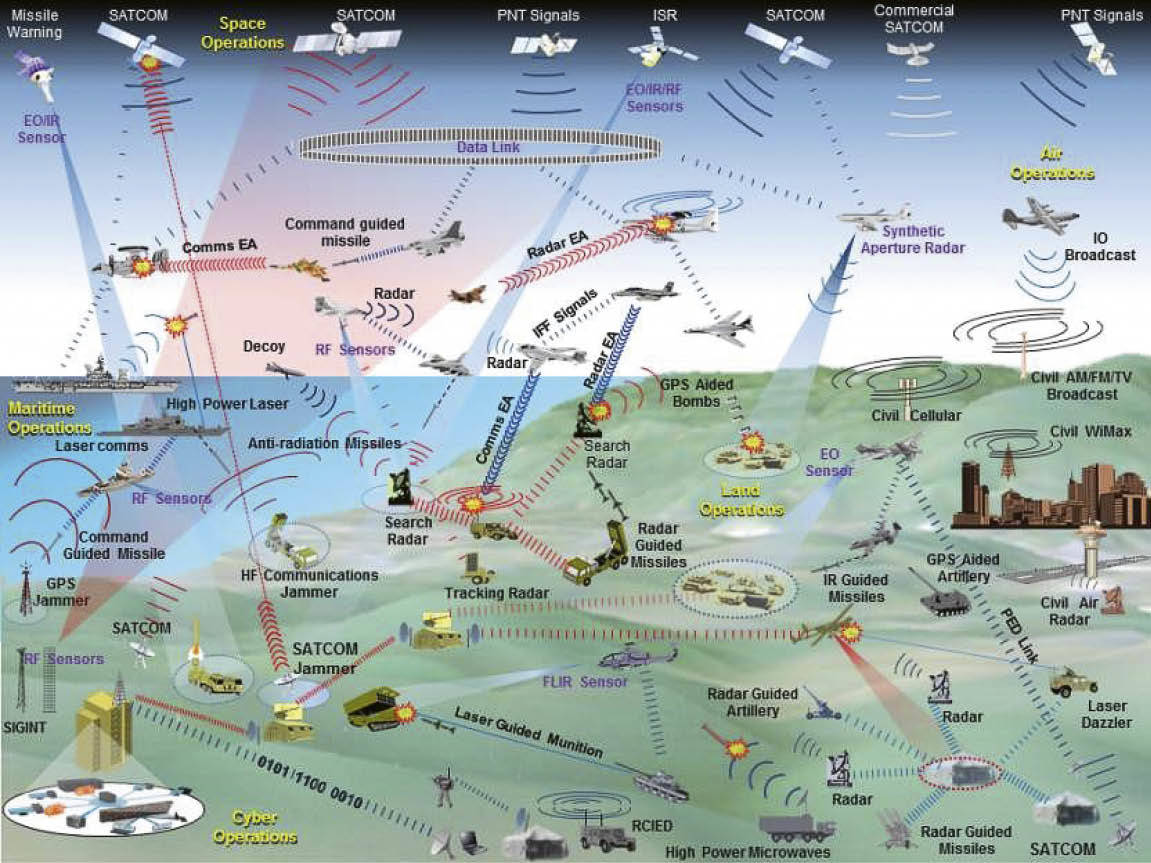 Two key lawmakers on the House Armed Services Committee said they will push the Pentagon to designate a flag officer on the Joint Staff and a senior civilian to take charge of electromagnetic spectrum warfare.

Speaking Tuesday at the Hudson Institute, Rep. James Langevin (D-R.I.) – who chairs the HASC cyber, innovative technologies and information systems subcommittee – said “we sure do need someone in charge,” such as a deputy assistant secretary.

He and Rep. Don Bacon (R-Neb.), who sits on the tactical air and land forces subcommittee, agreed that for too long the Pentagon has resisted this change.

“We’ve got to stop studying and [begin] seeing some action,” particularly to close the gap between Chinese and Russian advances in electromagnetic warfare, Bacon said. “We had EW dominance in the ’80s and ’90s.” As a result, Beijing and Moscow “went on steroids,” investing in these capabilities to jam radars and disrupt sensor operations and communications flow. China and Russia are developing high-energy defenses, networked active and passive sensors, centralized control and new doctrine to use the emerging capabilities.

Investments should prioritize software-centric systems that are adaptable and agile “in congested and contested” battlefield environments,” Langevin added. “That’s the way we move forward.” There has to be “a hard-wired funding process for EW that goes to the shortfalls,” Bacon said.

All too often when it comes to the electromagnetic spectrum, Bacon said, the Pentagon cites electronic warfare protection requirements for legacy systems such as the F-35 Lightning II Joint Strike Fighters, aircraft carriers and the nuclear triad as the priority rather than investing in new technology.

Bryan Clark, who authored a recent report on electromagnetic warfare for Hudson, said the United States should “probably move away” from continuing to make electromagnetic spectrum investments in those legacy systems. He added that, with a flattening Defense Department budget for the near future, money is drying up for research and development in this area.

The acquisition “process is so big and cumbersome,” Langevin said, that risk-taking investment is stifled.

It has been “much more focused on thinking things clearly” in the design stage while remaining adaptable to changes in technology coming from the private sector.

Maren Leed, executive director of the National Spectrum Consortium, agreed that “technology is ahead” in the private sector compared to the Pentagon’s ability to put advances like 5G and artificial intelligence to use. The Defense Department “is almost always playing catch-up,” she said.

Having an electromagnetic spectrum “strategy is the starting point,” but there has to be “a lot of culture change” in the Pentagon because there are too many current stakeholders to take risks to counter future Russian and Chinese threats, Leed said.

Dave Tremper, director of electromagnetic warfare in the Office of the Secretary of Defense, said “EW is unique” because it cuts across domains and can involve all services. He praised the Army and Marine Corps for looking for “investment efficiency,” meaning developing capabilities that can move from service to service.

“We need to focus on [electronic protection]” for radar, communications and global positioning systems, he added. Tremper called for “red-teaming” electronic warfare with a dedicated opposing force to train operators in what to do passively in these environments to complicate an enemy’s defenses and attacks on American commanders’ decision-making abilities.

Clark said “we won’t have the time or money” to counter the Chinese system for system.

“The U.S. is going to be the away team” in any confrontation with Beijing or Moscow, making it potentially more vulnerable to their electromagnetic spectrum operations, he added.

Clark said that, when writing the report, the authors resisted the idea “of trying to match [the People’s Liberation Army] system for system,” but instead sought to take advantage of American strengths in being able to “mix and match” in digital hardware and software. The asymmetrical approach would be similar to how the U.S. countered the Soviet Union during the Cold War with stealth and other technologies.

Bacon said that in the future “you could have [electromagnetic spectrum] like cyber” identified as a separate warfare domain with its own combatant commander.