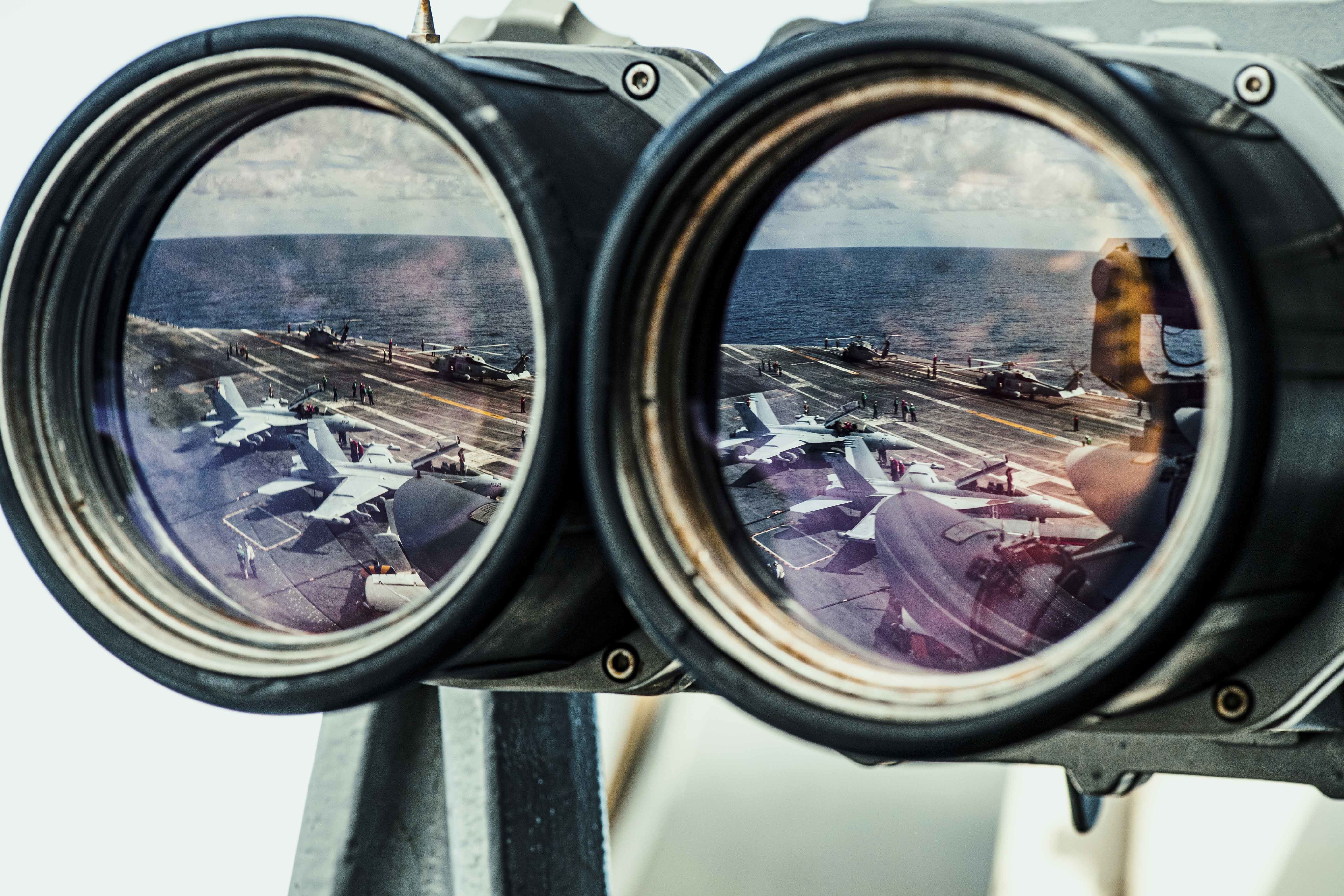 Sailors prepare for flight operations on the flight deck of the aircraft carrier USS Theodore Roosevelt (CVN-71) on April 6, 2021. US Navy Photo

The debate over the naval future of the United States should center on strategy rather than how many of what kinds of ships will make up the fleet, four authors who published pieces on the future of the Navy said on Thursday.

“The focus now has been on platforms,” not strategy, said Paul Giarra, an author for the U.S. Naval Institute’s ongoing American Seapower Project series. He called the re-examination “a shift back to the future” in studying history to affect strategy and explaining sea power’s importance to the nation.

The panelists agreed that, since the end of the Cold War with the Soviet Union, public and congressional attention has shifted from international to domestic issues.

But the security environment has changed, particularly in the last decade, with the rise of China as a global power and the emergence of Russia as an aggressive force in Europe. This type of environment has implications economically, diplomatically and militarily for the United States.

“There is a pressing threat” from China now in the Indo-Pacific, James Holmes, the J.C. Wylie chair of maritime strategy at the Naval War College, said in an American Seapower Project online forum. Retired Navy Capt. Gerard Roncolato added that “in a global economy, every region [of the world] counts.” That point was driven home by the impact of the pandemic on global supply chains, manufacturing and maritime commerce.

Historian Nicholas Lambert, author of the April Proceedings piece “What is a Navy for,” suggested defining “sea control” broadly as being “the free flow of commerce” as the highest objective in peacetime and, when necessary, in conflict.

Roncolato indicated “sea dominance” may be a thing of the past, but maintaining “sea control” in conflict creates conditions for successful missions and operations.

In Thursday’s online discussion, Giarra said that even though the Goldwater-Nichols Act changed the role of the service chiefs, the Navy’s senior leaders still have to “explain what the American Navy is for; explain itself” both to the men and women in uniform and to the “country, the man on the street, Congress, the media.”

Lambert said the Navy also cannot take for granted that it will get the money it wants. He said the questions the public and Congress want answered are: “what’s it to do” with that money and “how does it benefit” them in peacetime as well as wartime.

Roncolato, who was with Giarra in the first discussion on the American Seapower Project’s goals, said they saw a need to answer fundamental questions of the U.S. realationship with the sea. Roncolato said when maritime strategy papers have been introduced in recent years, there’s “been no commitment…to take action.”

All too often, the discussion inside the Navy and on Capitol Hill “came down to ship types,” he said in the video, instead of the desired end state for times of peace, deterrence or conflict and therefore what strategy should be developed and applied.

Giarra asked rhetorically, “who’s going to be the spokesman?” for sea power in the 21st century. The chief of naval operations “has to be the primary” spokesman.

Giarra added that, institutionally, the Navy also must explain itself to allies and opponents, showing what “it is capable of doing and what it intends to do.”

Roncolato, co-author with Giarra in the original article outlining the project, added, “the challenge, I think, [is], can the United States develop and maintain effective sea power … before another Pearl Harbor.”

Looking at the “first island chain” – Taiwan, Japan and the Philippines specifically – Giarra said that, in a conflict, the United States “is going to have to control those locations” and recognize the importance that it will be fighting alongside their inhabitants.

Holmes cheered on the Marine Corps for its adoption of a “stand-in force” in that part of the Pacific. Their presence “shows our allies [the United States] will be there for them” in a crisis.

To humanize the discussion of sea power now, Holmes said the service should “tell sea stories” because they interest people more than debates over technology and ship design.

“Business as usual is not going to get the job done,” Roncolato said.