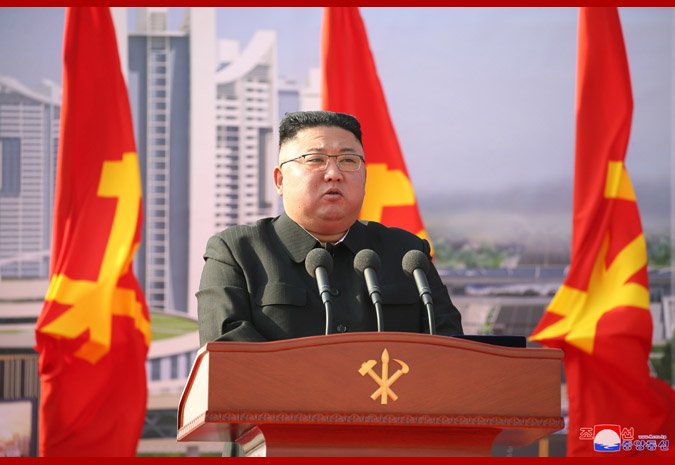 This post has been updated with additional details of North Korea’s Thursday ballistic missile test.

Retired Army Gen. Vincent Brooks, the former U.S. commander in Korea, said Kim’s “nuclear arsenal is not an end to itself, but a lever” to be used for regime survival in a very broad sense.

During a Hudson Institute online forum today, he asked rhetorically, “what’s worked? Nothing yet,” regarding denuclearizing the peninsula. But he suggested thinking differently about what North Korea wants and how to proceed in dealing with the Kim regime.

Brooks said, “we must not miss the signals” that Kim was sending in February at the 8th Workers Party Congress, shortly after the Biden administration took office. In the retired general’s opinion, Kim wasn’t only boasting about building “ultramodern tactical nuclear weapons,” “hypersonic gliding flight warheads” and “multi-warhead” missiles that could be launched from land or sea; he was also saying he is the one who wants to change North Korean society.

Japanese Prime Minister Yoshihide Suga, in a tweet, condemned the test, saying it “threatens the peace and security of Japan and the region, and is a violation of United Nations resolutions.”

So far, the signals Kim has sent to the Biden administration have been a series of short-range missile tests. This past weekend, the North Koreans said the tests then were over the “stink,” caused by the resumption of large-scale American-South Korean military exercise. He so far has not again tested long-range ballistic missiles or nuclear weapons. To reassure East Asian allies of the Biden administration’s commitment to them, Defense Secretary Lloyd Austin and Secretary of State Antony Blinken met with their counterparts in Seoul and Tokyo this past week.

During the Hudson event before the latest tests, Evans J.R. Revere, retired State Department official and senior director of the Albright Stonebridge Group, said, Kim “was doubling down” on remaining a nuclear state by introducing threats of new weapons during the Congress. “He reminded us the DPRK [Democratic Peoples Republic of Korea] is and will remain a nuclear state.”

Kim realizes that “China will not do” much to rebuild a North Korean economy ravaged by global economic collapse, major storms and tightening international sanctions, though economic improvement would secure Kim’s hold on power. The North Korean leader also knows the message he sends Beijing about remaining a nuclear power is not in its interest either, Brooks said.

Kim “was doubling down” on remaining a nuclear state by introducing threats of new weapons, Evans J.R. Revere, a retired State Department official and senior director of the Albright Stonebridge Group, said during the event.

“He reminded us the DPRK [Democratic People’s Republic of Korea] is and will remain a nuclear state.”

Andrei lankov, director of the Korea Risk Group, added, “North Korea will never accept being a non-nuclear state.” It wants to be viewed as another India, Pakistan or Israel. The North Koreans “have bombs which can explode, missiles that can fly.”

In short, Kim can engage in “nuclear blackmail” that gives the United States, South Korea and China headaches, retired Korean Army Lt. Gen. In Bum Chun, said. “Frankly, it doesn’t make me feel any better” that the stalemate continues.

Chun said the continued U.S. commitment of a physical presence on the peninsula and a nuclear umbrella remain critically important to the security of South Korea. The former commander of Korean Special Forces judged the Republic of Korea’s forces strong enough to repel a North Korean conventional military assault, but the nuclear guarantee by the United States keeps Pyongyang from attempting to carrying out its 1950 promise of reunification by force.

Revere said that, in Kim’s view, if there is to be any movement toward negotiations with the Biden administration, which is now conducting its review of Korean policy, it would be over arms control rather than denuclearization.