The U.K. Ministry of Defense is thinking beyond its own pair of carriers in how it might use its future 48 F-35B Lightning II Joint Strike Fighters around the world, U.K. Armed Forces minister James Heappey told reporters on Monday.

Later this year, Royal Navy aircraft carrier HMS Queen Elizabeth (R08) will make its maiden deployment from Portsmouth, U.K., to the Indo-Pacific along with a squadron of Marine Corps F-35Bs mixed in with Royal Air Force F-35Bs and U.S. guided-missile destroyer USS The Sullivans (DDG-68).

While the U.K. has a direct arrangement with the Marines, it’s open to mixing and matching its aircraft with other potential allies in the future. 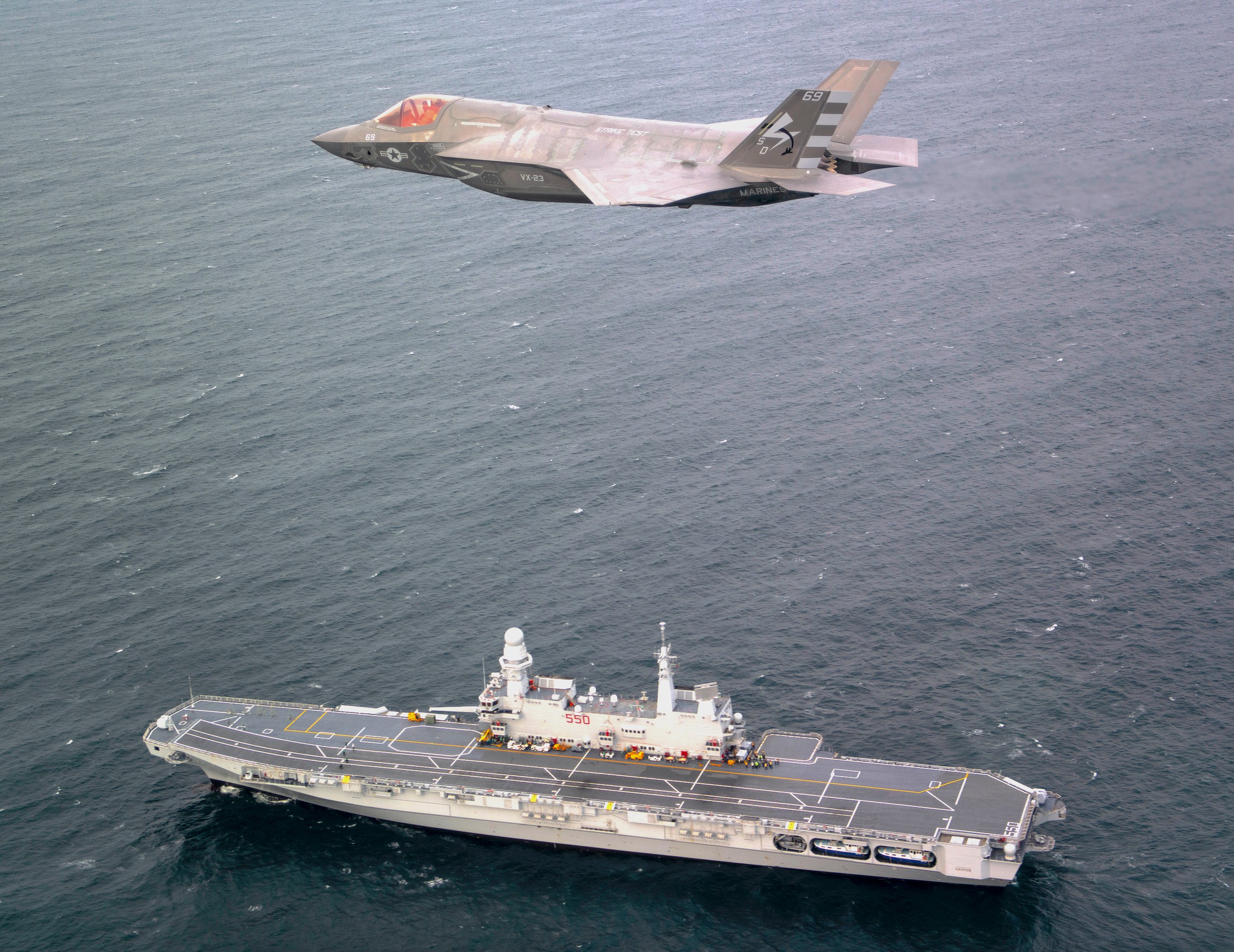 “There is going to be a community of F-35 nations that we would be mad to ignore,” Heappey said in response to a question from USNI News.
“We think that our carrier capability is something that we can develop alongside — not just the U.S. — but the Italians, the Japanese and the Australians and many others who are looking at that highly capable aircraft.”

The U.K. has already committed to exercising with the JMSDF during its summer deployment.

This week, the U.K. released its new white paper that outlines the future of its defense force and its push toward modernization of the armed forces, which emphasizes the development of new systems and the divestiture of legacy equipment.

For the Royal Navy that means decommissioning two Type 23 anti-submarine warfare frigates, and acquiring more new Type 26 and Type 31 frigates and a new support vessel, in addition to forward deploying offshore patrol vessels to take pressure off of higher-end warships.

Additionally, the MoD is expanding its maritime combat forces.

“The Royal Navy will invest 40 million pounds more over the next four years to develop our Future Commando Force as part of the transformation of our amphibious forces, as well as more than 50 million pounds in converting a Bay class support ship to deliver a more agile and lethal littoral strike capability,” reads the white paper.

Heappey said the U.K. was taking a page from how the U.S. Marine Corps is reorganizing itself.

“What we’re doing with our Royal Marines is very similar to, uh, some of the innovation that the U.S. Marine Corps is developing and the strength of the relationship, not just forged for Iraq and Afghanistan. But actually over the last hundred years, [the relationship] between the USMC and the Royal Marines is so strong that I would expect to see us developing capability in all sorts of areas. Not just capability, but ideas to how an amphibious force operates in the future,” he said.

Heappey did not indicate if the U.K. had planned to expand their F-35 fleet beyond the 48 the MoD has signed up to purchase. Prior estimates had called for the U.K. to buy 138 of the aircraft.

“We’ve invested heavily in our own future combat air system, which we’re developing with a number of other partner nations,” he said, referring to the Tempest fifth-generation aircraft program the U.K. is developing with Italy.
“I think that there’s a discussion ongoing over what the exact shape of the fast air force looks like in the future. But the 48 that were signed up for the checks in the post.”
But the 48 that we’re signed up for — the check is in the post.”