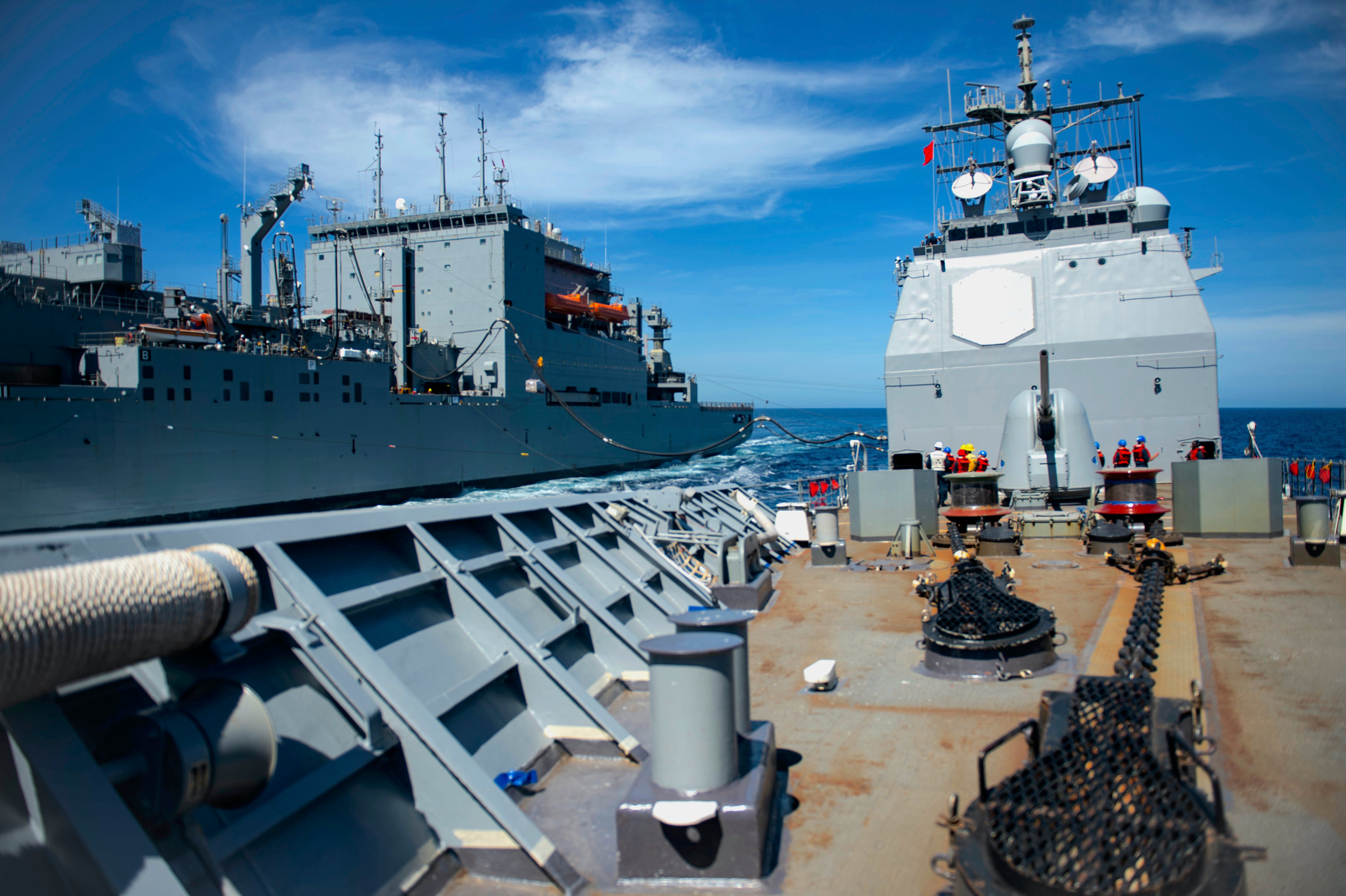 A fuel leak aboard a Navy cruiser that recently deployed was caused by “single tank corrosion,” the service said Wednesday.

In a statement, a U.S. 2nd Fleet spokesperson said USS Vella Gulf (CG-72) came back to Naval Station Norfolk late last week so the ship could undergo a “technical assessment” and have the leak fixed.

“Technical experts assess the leak was due to single tank corrosion. Repair timeline is under refinement and upon completion; the ship will resume its mission,” the spokesperson said.
“Vella Gulf remains in a deployed status, and safety measures are in place to ensure the crew remains COVID- free during the repair. This is an ongoing situation and more information will be provided once it becomes available.”

The cruiser began its deployment on Feb. 19 as part of the Dwight D. Eisenhower Carrier Strike Group, but it pulled back into port in Virginia on Feb. 26 after the crew found the leak.

U.S. 2nd Fleet spokeswoman Lt. Marycate Walsh said last week the rest of the strike group was still operating in the Atlantic and not affected by the mishap. U.S. 6th Fleet announced on Feb. 28 that the strike group was close to the Canary Islands executing flight operations. Today, 6th Fleet said the CSG joined the Royal Moroccan Air Force (RMAF) and the Royal Moroccan Navy (RMN) for Lightning Handshake, a maritime drill with the two countries.

Personnel who are tasked with fixing the leak will adhere to strict health measures to prevent bringing COVID-19 aboard the ship, which is operating in a bubble after having the crew quarantine before deploying, USNI News previously reported.

Last week, the Navy said the crew found the leak while the cruiser was sailing through high seas. But a defense official said today that, despite the timing of the discovery, there is no evidence the sea state caused the leak.

“While operating in elevated seas, Vella Gulf was still within established safe limits. The ship did deviate on its return home to navigate around more severe weather and avoid worse sea conditions,” the official said.