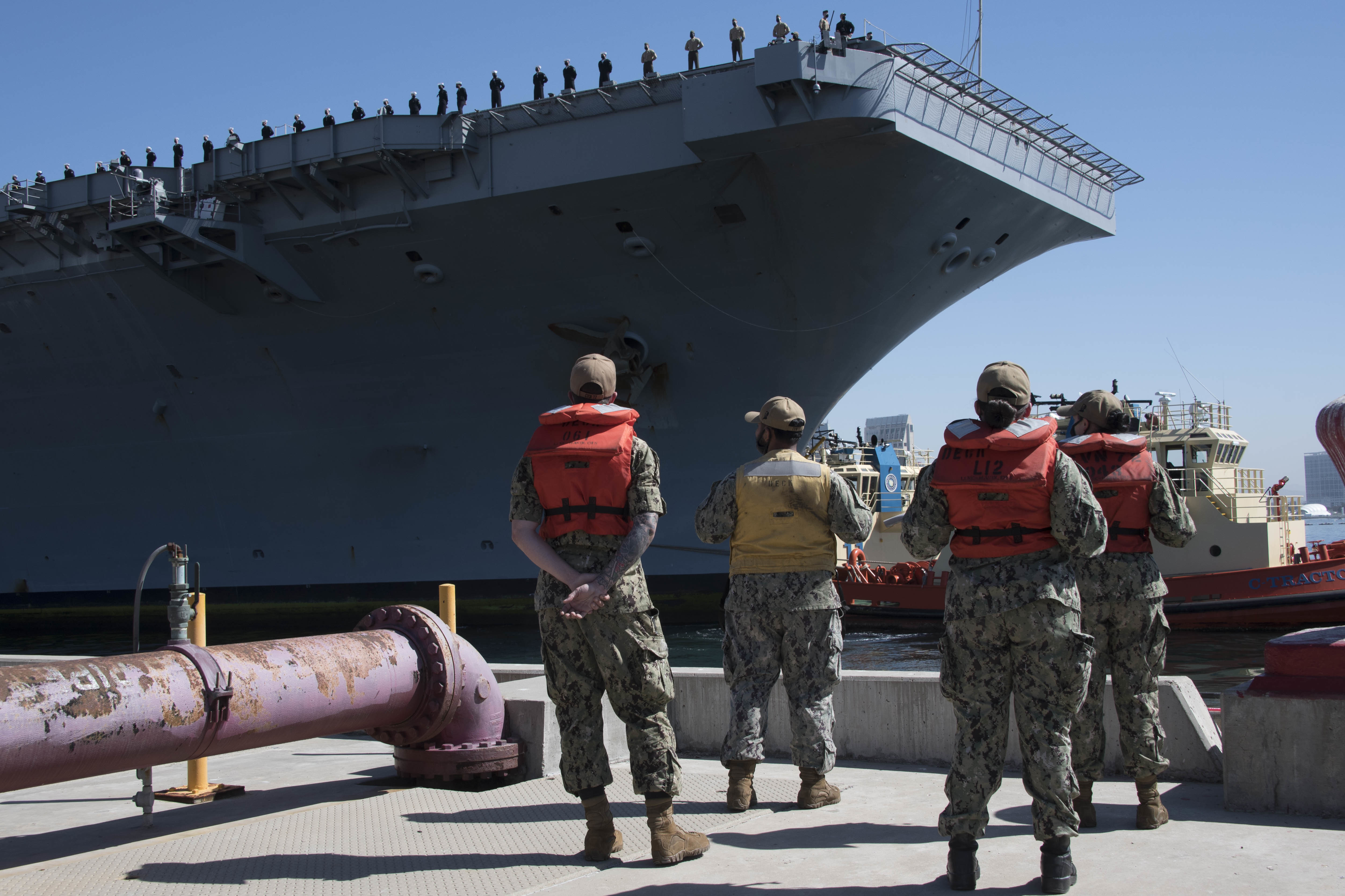 Aircraft carrier USS Nimitz (CVN-68) pulled into San Diego, Calif., today, capping off a lengthy deployment before starting a maintenance period at one of the Navy’s public shipyards.

Nimitz, after offloading its air wing in San Diego, will next sail to its homeport of Bremerton, Wash., as it concludes a deployment that is inching toward nine months long.

“At that time, all sailors will be afforded what I would call the standard leave post deployment, so give everybody a chance to relax a little bit, go see family and friends. And then the ship will enter its previously scheduled yard period at the Puget Sound Naval Shipyard [and Intermediate Maintenance Facility] in Bremerton,” Capt. Max Clark, the commanding officer of Nimitz, told reporters on Friday during a telephone roundtable.

“And that yard period has not changed since when it was planned before the deployment, so we’ll begin that availability on time,” he added. “And … we will repair, modernize, upgrade and get this ship ready for the next turnaround and next deployment.” 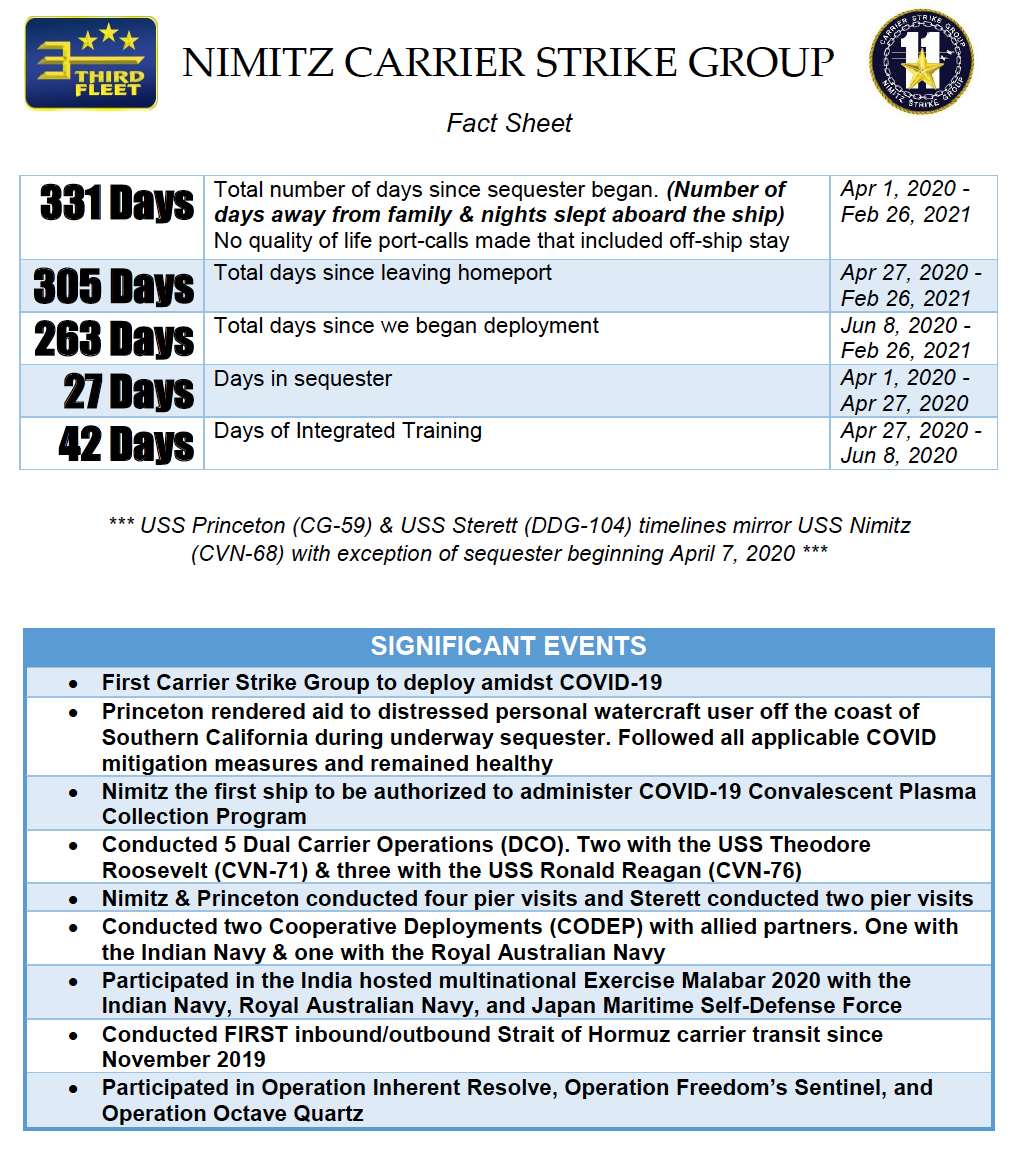 While the carrier officially deployed almost nine months ago, crew members have been away from loved ones for about 11 months due to the “bubble” measures the Navy implemented to prevent outbreaks of COVID-19 on ships. Sailors first began a restriction-of-movement (ROM) period on Apr. 1 before heading out to sea at the end of April for pre-deployment training, which rolled into the carrier’s early June deployment.

The procedures were effective: the carrier strike group did not have any COVID-19 cases during its pre-deployment training and deployment, according to Carrier Strike Group 11 commander Rear Adm. James Kirk.

“We were successfully able to execute the preventative measures when folks came to join us to prevent any intrusion of COVID. And you know that we did a few safe haven port visits in Guam and Oman and in Bahrain to get a chance for some repairs and some resupply, and a little bit of time for rest and relaxation for the crews,” Kirk said during the media call. “And we executed those within a bubble and were able to successfully prevent COVID infection to any member of the strike group throughout the entire deployment.” 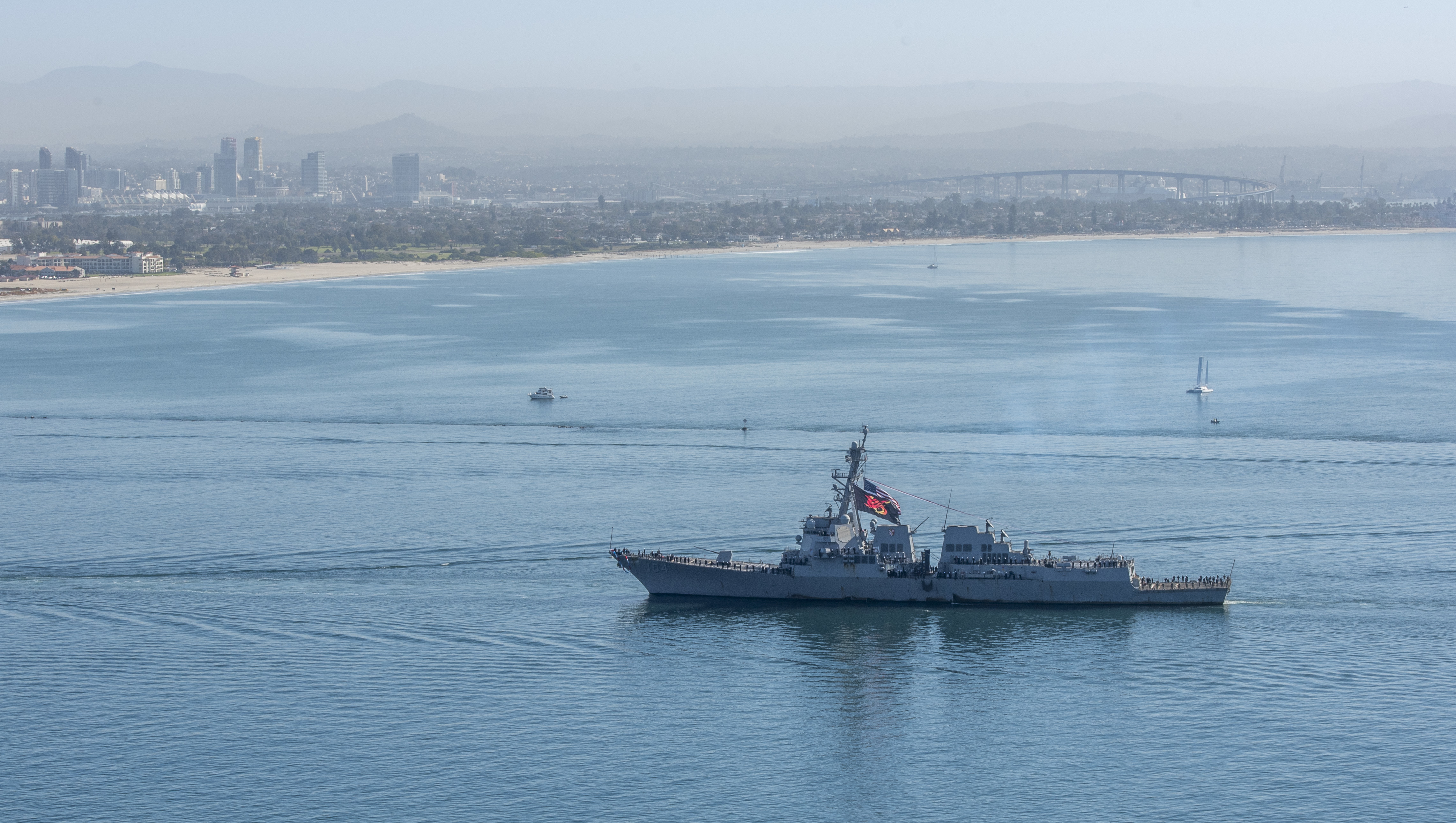 While a portion of the crew is leaving the ship in San Diego, the rest will offload in Bremerton.

“Certainly when we come back from a deployment, there’s the customary period of time where we allow sailors to have a little bit of time off,” Kirk said.
“Across the strike group, the air wing, Princeton, Sterett and Nimitz – all executing a period of time to allow sailors to get an additional amount of leave and liberty and that will occur,” he added, referring to escorts USS Princeton (CG-59) and destroyer USS Sterett (DDG-104).