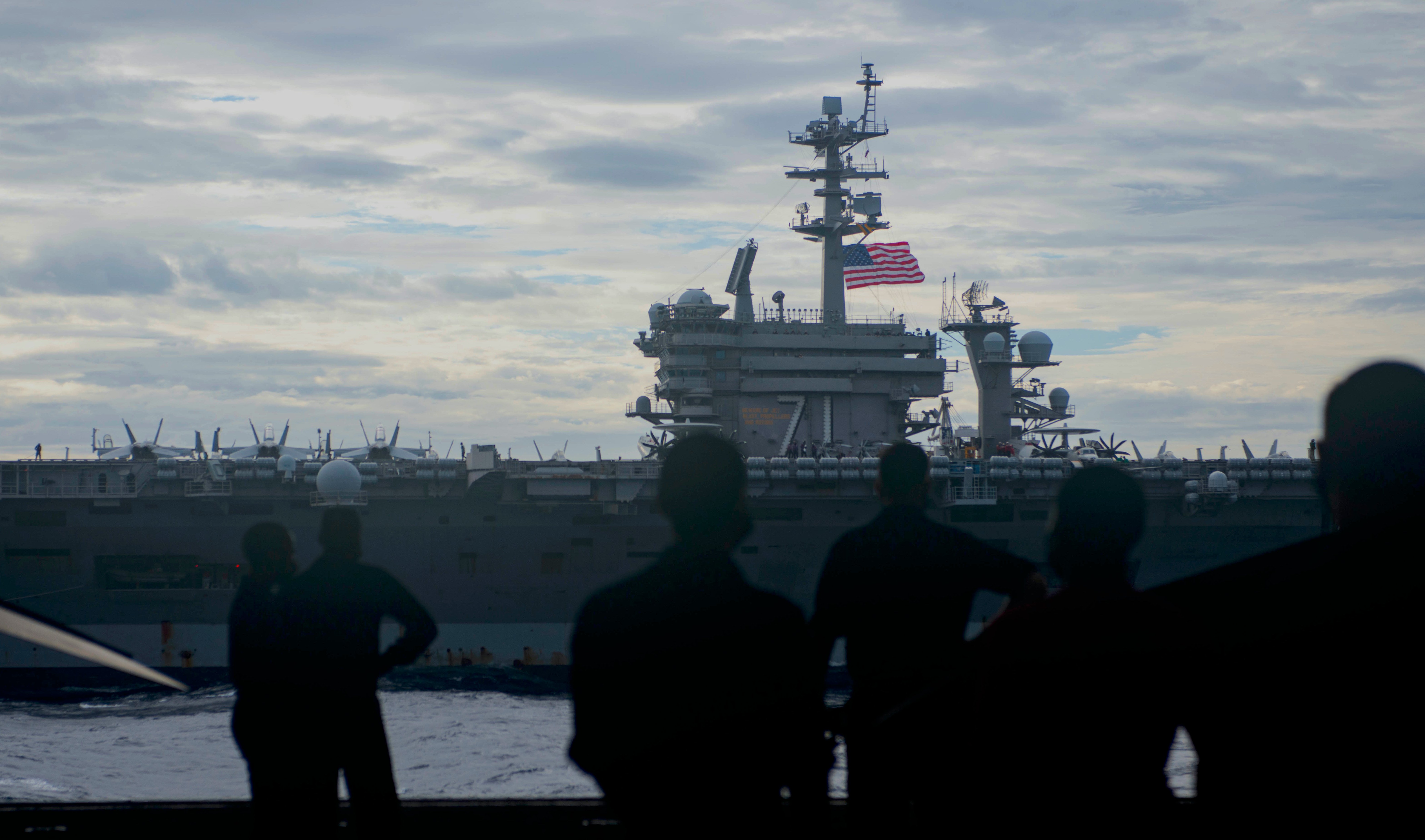 USS Theodore Roosevelt (CVN-71) has tested 900 crew members this week after discovering that three were infected with COVID-19 last weekend, and no more positive cases have turned up, a Navy official told USNI News.

Three crew members tested positive for the disease on Feb. 14, the Navy announced the next day without giving any details on who the crew members were or how they might have contracted the disease.

The aircraft carrier has been on deployment since Dec. 23, and on Jan. 31 it stopped in Guam for a port call. During the port call, several new sailors joined the crew after first conducting a 14-day restriction-of-movement (ROM) quarantine period and testing negative for the virus. The carrier left Guam on Feb. 4 and had been conducting air operations at sea since.

Since the three positive tests, the ship has tested about 900 members of the crew, with a special emphasis on critical watch standers, those whose jobs put them most at risk for being exposed, and those with ties to the three sailors.

Zero additional cases have surfaced, a Navy official told USNI News on background. Protocols meant to prevent the spread of disease – including mask-wearing, additional cleaning, and modifications to how and where the sailors eat on the ship – have been in place throughout the deployment.

When the Navy announced the three cases on Theodore Roosevelt on Feb. 15, the news release said none of the three were experiencing any symptoms and that their cases were discovered through random COVID testing, which is done in accordance with Navy guidance to prevent another outbreak. The three sailors were being kept in isolation and would be flown off the ship when it was operationally feasible, a U.S. Pacific Fleet spokesman said. Other sailors who were identified as having close contact with the three all tested negative last weekend but were being kept in isolation as a precaution.