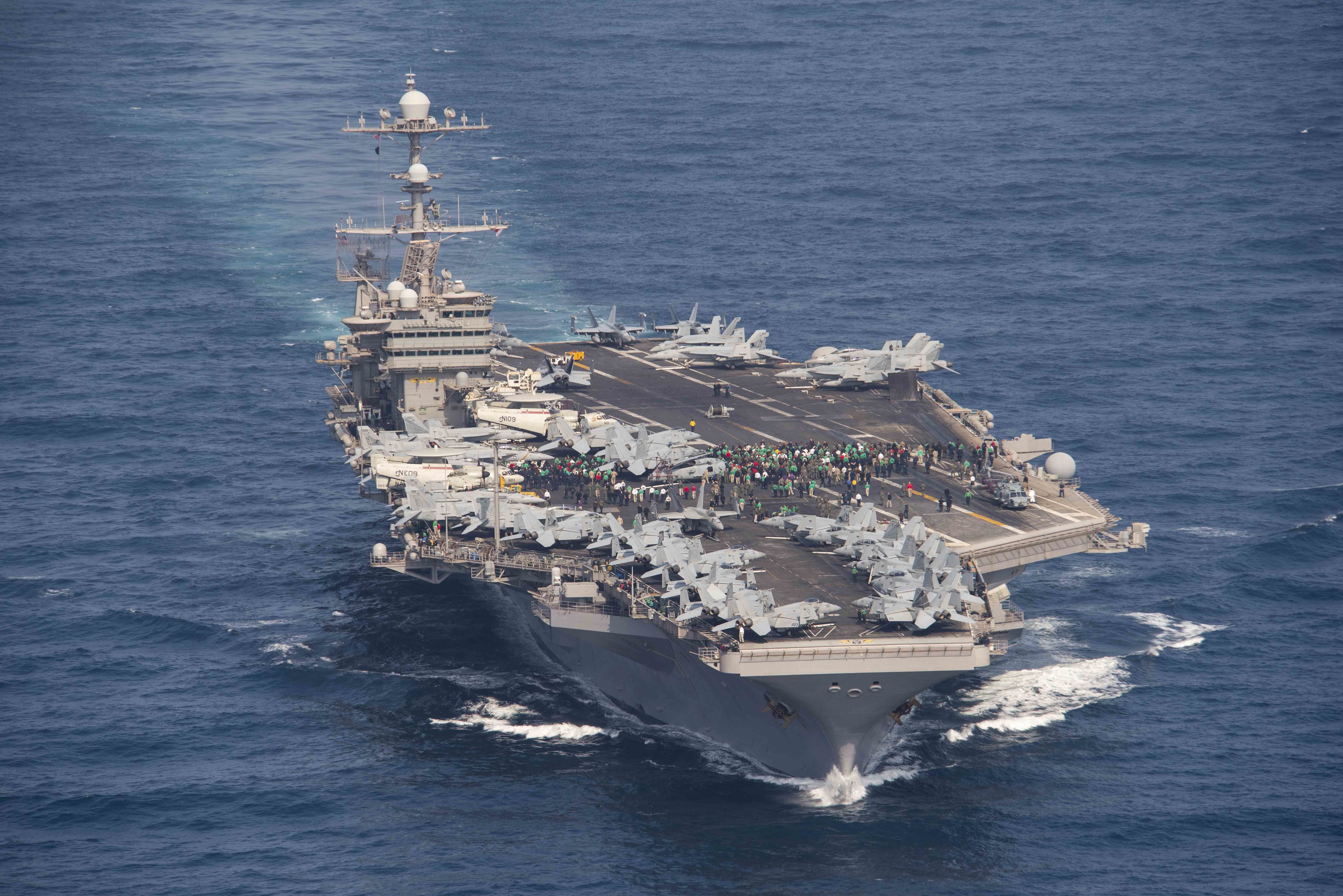 U.S. Sailors conduct a foreign object debris walkdown on the flight deck of the aircraft carrier USS John C. Stennis (CVN-74) while transiting the Strait of Gibraltar, May 3, 2019. US Navy Photo

Stennis is next in line for this mid-life availability, which includes tearing the flight deck off, gutting the ship of most of its computer and combat systems, overhauling tanks and other spaces, and then rebuilding the ship back up for the second half of its 50-year service life – in addition to refueling the carrier’s two nuclear reactors.

Stennis was previously expected to move to Newport News Shipbuilding in January so the RCOH could begin later in the year. USNI News understands the carrier won’t head to the shipyard until April at the earliest, and it’s unclear exactly when the RCOH will formally commence.

The contract award notes that work is expected to be completed by August 2025.

“We are pleased to be awarded the contract to execute this extensive construction and engineering project,” Todd West, Newport News’ vice president of in-service aircraft carrier programs, said in a company news release.
“Our teams have spent three years preparing and planning for each step of the process along the way, and we look forward to continuing our work with our suppliers and Navy partners in anticipation of the ship’s arrival at Newport News.”

The RCOH represents 35 percent of all maintenance and modernization that will occur across an aircraft carrier’s entire 50-year service life, the company said in its news release. Work on Stennis will include extensive modernization work to more than 2,300 compartments and hundreds of tanks and systems, as well as major upgrades to the propulsion plant, flight deck, catapults, combat systems and the island.

USS George Washington (CVN-73) is currently undergoing its RCOH, which began in August 2017 and was previously expected to end in late 2021. The shipyard announced GW reached the 50-percent completion mark in August 2019.

However, in a recent call with investors, HII President and CEO Mike Petters said Newport News Shipbuilding would begin pier-side system testing on George Washington this year and would redeliver the ship to the Navy in 2022. The yard fell behind on several construction projects due to the COVID-19 pandemic, though the yard and the Navy had agreed to prioritize work on existing ships such as GW and submarines going through maintenance availabilities at Newport News.