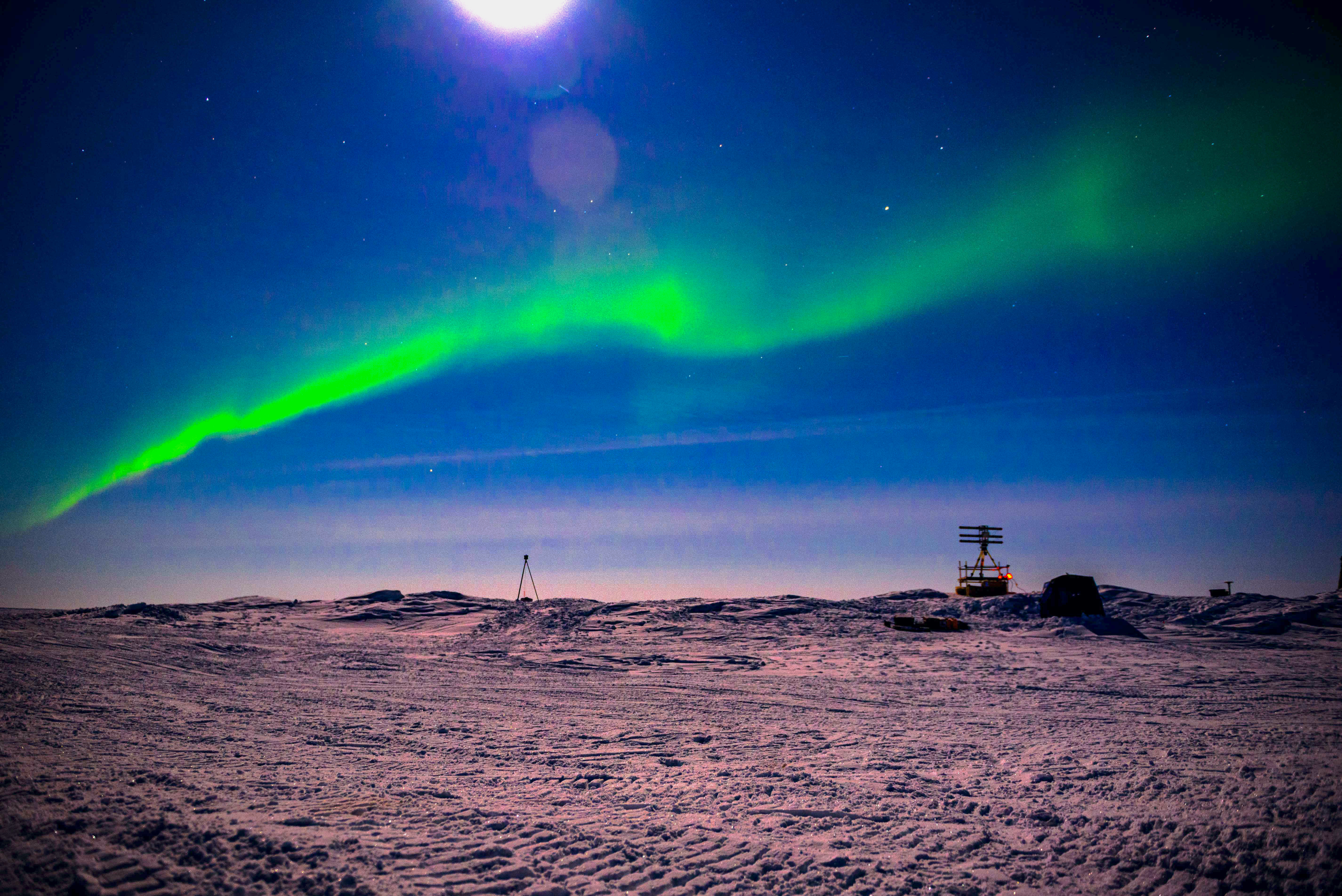 Speaking at an online Wilson Center forum on Monday, Gao Feng said, “I think we can continue the multilateral … situation in the Arctic” in dealing with questions of scientific research. He mentioned climate change, fisheries regulation, protection of indigenous peoples’ rights and infrastructure development ranging from building roads and bridges to establishing internet connectivity.

Panelists from Japan, Suzuka Mitsuji, and South Korea, Lin Hoomin agreed with Gao that human activity is growing gradually and the northern shipping route, close to Russia is increasingly open for trade as polar ice melts. All three stressed not only their nation’s maritime interests, but also their need for reliable energy sources and that warmer temperatures in the Far North allow more extensive exploration for minerals and energy sources.

“The Arctic is at a crossroads,” including militarily, Gao said. Arctic nations, like Russia, which has the largest territory in the Arctic, view the region one way – as an economic engine to be secured – but “observers” to the Arctic Council, like China, Japan and South Korea view it in other ways – as a global commons gateway to European markets and energy. All three said their nations’ voices needed to be heard and heeded in the discussions of what the region’s future holds.

Lin, Seoul’s representative for the region, said “what is happening in the Arctic doesn’t stay in the Arctic.” He cited an “escalation of tensions” over the region’s future caused by great power competition between the United States, Russia and China as a new complicating factor. Unsaid was Moscow’s practice of charging transit fees on the Northern Sea Route for foreign cargo carriers, tankers and cruise ships.

The council, which works by consensus, includes Russia, Canada, the United States, Norway, Finland, Denmark and Sweden. It works by compartmentalizing issues, but stays clear of military issues. There are 38 observer nations.

The challenges – from transit to energy exploration, development and export – are “now expanding very swiftly” and require the attention of more nations than those with Arctic territorial claims.

He called for the council, made up of the nations inside the Arctic Circle, to work with the Asian trading powers in particular to become “more open on how to develop a framework” to resolve these issues before they lead to confrontation.

Suzuka said Japan, as a global economic trader, “is very interested in Arctic polar routes” for trade and how sea ice conditions are changing, raising the possibility that more seasonal crossings may be possible. Without mentioning Russia claims on Arctic waters, he said several times during the forum that Tokyo looks at Arctic waters as being “free and open,” covered by the U.N.’s Law of the Sea Treaty.

To illustrate the point on how sea ice conditions are changing, Gao showed a slide covering how COSCO, a worldwide Chinese shipping firm, used the Northern Sea Route from one transit in 2013 to 11 transits last year. He emphasized that the shorter transits cut delivery times dramatically and greatly reduce fuel consumption and carbon emissions, which are global climate benefits.

Sen. Lisa Murkowski (R-Alaska) disputed the idea the Arctic had become a “Wild West” or that “is a free-for-all” in her keynote remarks. “We work cooperatively” through the Arctic Council and international agreements on law enforcement, search and rescue and environmental protection. Any other belief is “far, far from the truth,” she said, adding that “it’s in everyone’s shared interest” to continue to cooperate in forums like the council.

Like China and South Korea, Japan finds the “observer” in the council restrictive. Tokyo wants to be a “pro-active participant” in council affairs, Suzuka said. Without spelling out exactly what this would mean to the council’s organization and operations, he said Japan offers “unique research activities” in studying climate – warmer summers in the High North and more violent winters in the Northern hemisphere. He said it is actively working on improvement of weather prediction and measuring the impact of rising sea levels on those living in the Arctic.

After discussing South Korea’s scientific research since 2009, Lin added in a key economic dimension to the Arctic’s future as an energy source. He said South Korea is now working with Russia on building an icebreaking Liquefied Natural Gas carrier to be used to import Russian energy from its Arctic ports. In a way, this is similar to the policy China has been pursuing with Russia over energy exports.

With geopolitical changes like those given by the three diplomats, “the ‘do not disturb’ sign is not a possibility” for the United States, Murkowski said. She added that China is Alaska’s largest trading partner, followed by Japan and South Korea. They account for 60 percent of the state’s exports, she said.

As for what to do next, Gao added, “we can address these issues [climate, energy, security, connectivity] one by one by broadening the structure” of the council.