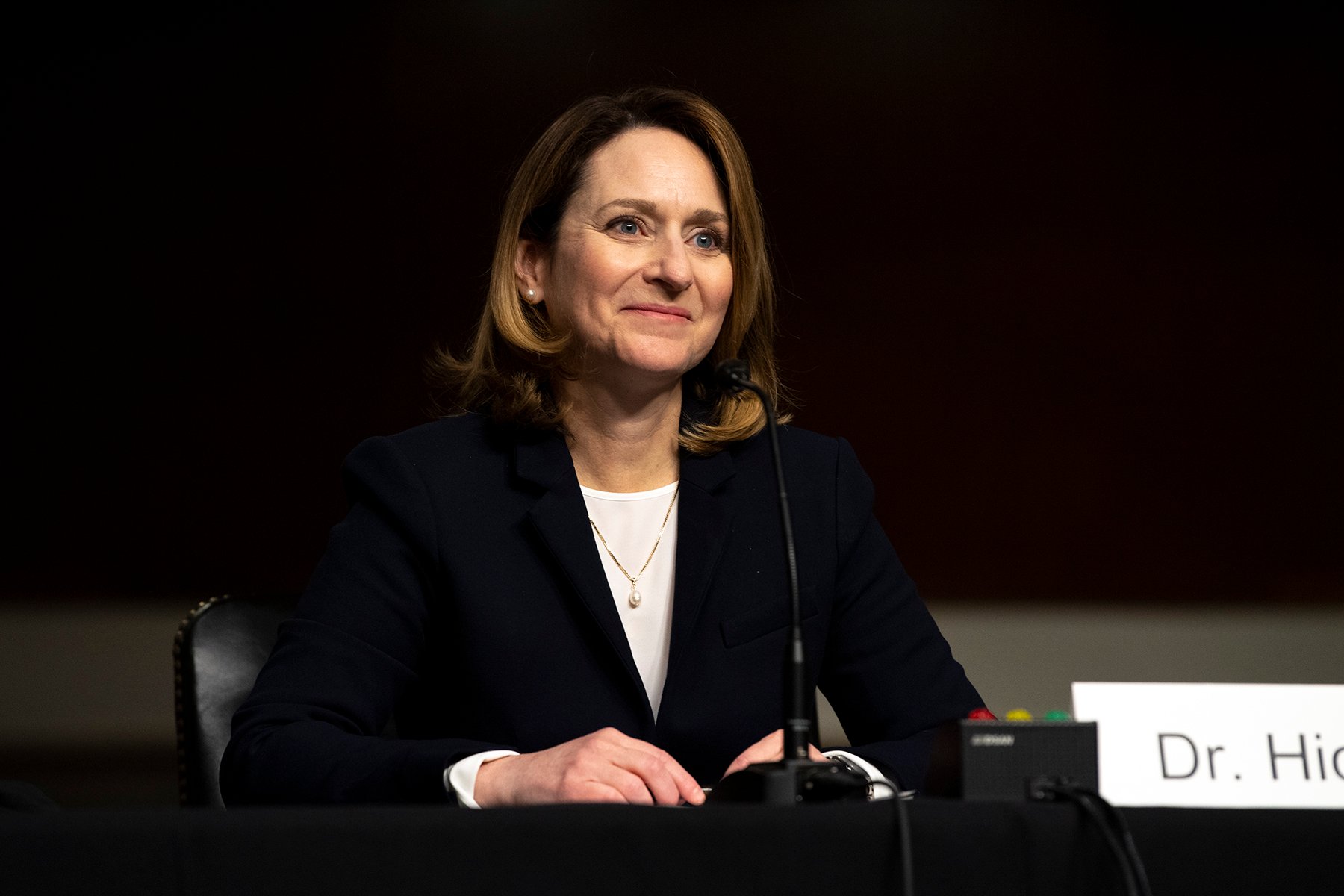 The Senate on Monday voted to confirm Kathleen Hicks as the deputy defense secretary.

Hicks, who also worked in the Pentagon under the Obama administration, is the first woman confirmed to the Defense Department’s number-two position.

“Today, Dr. Hicks made history and I know she will get right to work in this critical role. She is a highly regarded defense policy expert who has served in multiple administrations with integrity and distinction,” Senate Armed Services Committee Chairman Sen. Jack Reed (D-RI) said in a statement. “She is a true professional. I am pleased she will join Secretary Austin in leading the Department of Defense forward, defending our nation, and upholding our values.”

Hicks will head to the Pentagon early this afternoon for her first day on the job, where she will be briefed on the Pentagon’s work on the coronavirus and meet with Defense Secretary Lloyd Austin, according to an email from the Office of the Secretary of Defense.

Testifying in front of SASC last week as part of her confirmation process, Hicks said she is interested in some “operational themes” – like an emphasis on autonomy – in the Trump administration’s Fiscal Year 2022 30-year shipbuilding blueprint, but she said the proposal would need more analysis to assess the ship numbers.

“There’s a focus on dispersal of forces and there’s a focus on growing the number of small surface combatants relative to today. But there are some things in that unclassified report as I mentioned to you that I saw as flags. There’s an indication that the information in there would require further analysis to validate the numbers,” Hicks said.
“So if confirmed, I would want to get in there, get my team together, certainly start to get our leadership for the Navy put in place on the civilian side, and assess – in accordance with the requirements that Congress has established for an FY-22 shipbuilding plan – assess that last document from the Trump administration and make any adjustments necessary,” she added.

The Trump administration’s proposal – unveiled in December – showed the Navy spending $147 billion from FY 2022 and FY 2026 to buy 82 new ships, a significant increase from the 44 ships the FY 2021 Future Years Defense Program projected the service buying for $102 billion from FY 2021 to FY 2025.

Acting Navy Secretary Thomas Harker last week said he expects some portions of the Trump plan to remain intact, while others would probably change, and that he’d have a better understanding of the Biden administration’s shipbuilding plans once more officials like Hicks are confirmed to their posts.

“As those people start filling in, we anticipate getting more clarity on the priorities of the administration as we go forward,” Harker said at the time. “The timeline for us to present the budget is to hopefully get something over to Congress in May, with a lot of work being done internal to the department as we look at that.”