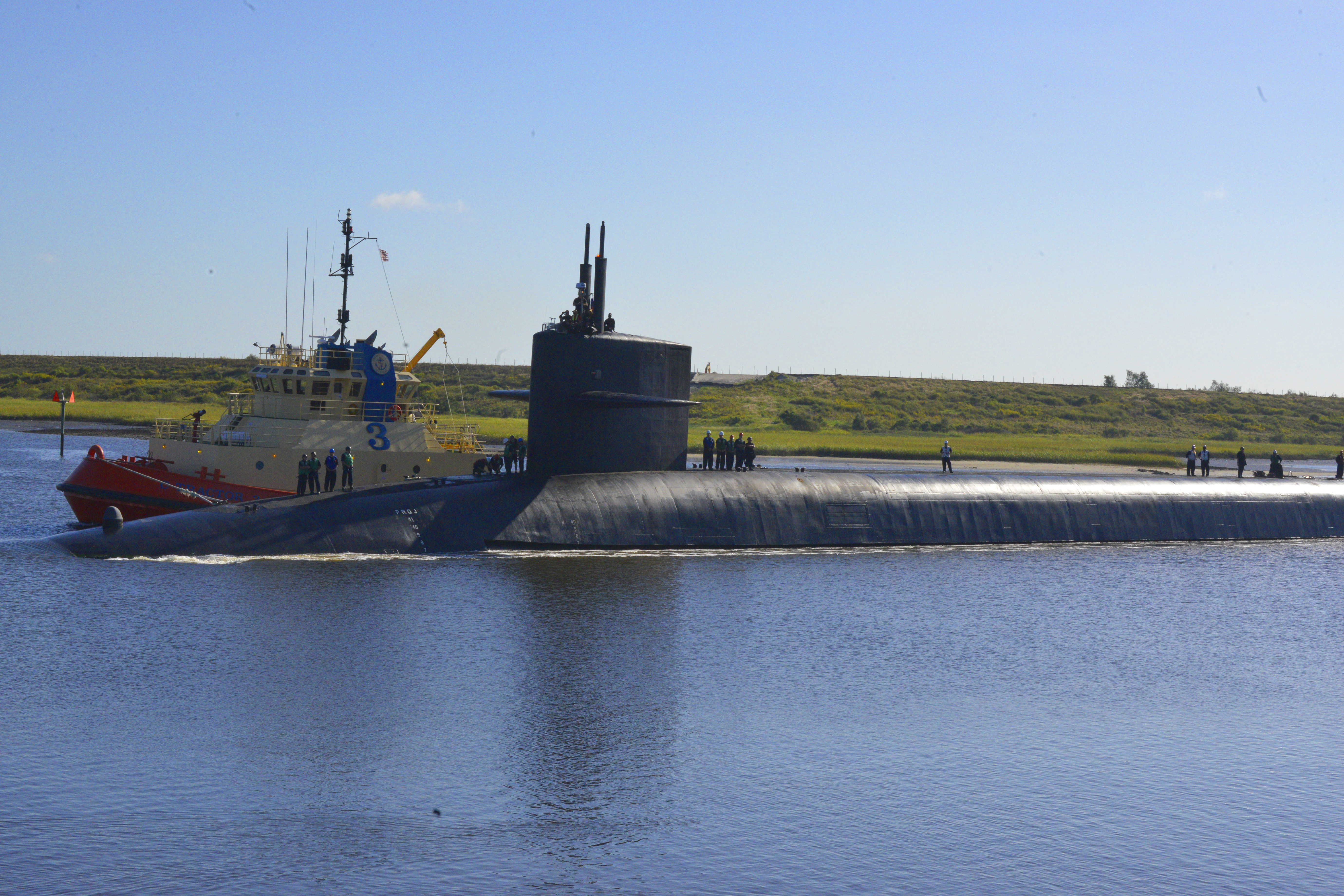 This post has been updated to include additional information from Submarine Group 10.

A submariner died today of complications from a COVID-19 infection, the Navy announced.

The sailor, who the service has not yet identified, was assigned to USS Tennessee (SSBN-734)’s blue crew. Tennessee is an Ohio-class ballistic missile submarine based at Naval Submarine Base Kings Bay, Ga.

The sailor was admitted to the Naval Air Station Jacksonville Hospital on Saturday, Jan. 30, and transferred to University of Florida Hospital Shands Intensive Care Unit (ICU) in Jacksonville the following day, where the sailor then tested positive for COVID.

The sailor died today while still in the ICU.

“Our thoughts and prayers are with the family, shipmates and friends of the Sailor during this extremely difficult time,” reads a Navy news release.

The Navy could not release much information regarding the sailor’s illness and whether any other sailors in the Blue Crew may be infected or have been exposed. The Pentagon has a policy of not discussing where COVID-19 infections are occurring, either at different bases or within different military units.

Lt. Stu Phillips, the spokesman for Submarine Group 10 at Kings Bay, told USNI News that “the health and well-being of our sailors and their families are our top priority. To that end, unit and squadron leadership are focused on giving the best possible guidance and tools required to operate safely. As far as specific numbers of COVID cases, it is still U.S. Navy policy to not release the number of infected individuals at the unit, facility or geographic level due to operational security.”

He did note that Tennessee just this week entered the dry dock at Trident Refit Facility Kings Bay for an extended maintenance availability. The Blue Crew would not be preparing for any upcoming deployments, then. Though the Navy has pre-deployment COVID-mitigation measures for all types of deploying units, the ballistic missile submarine community has some of the most stringent measures in place due to the criticality of the undersea nuclear deterrent mission and the inability to social distance on a submarine.

This is the second active-duty sailor who has died of COVID-19 complications. In April, Chief Petty Officer Charles Robert Thacker Jr., 41, died in a hospital in Guam after contracting the virus while serving aboard USS Theodore Roosevelt (CVN-71).

According to a Feb. 3 update from the Navy, 47 Navy civilians, 21 Navy contractors and one dependent have also died of the disease. A total of 50,598 COVID-19 cases have been reported, with 30,005 of those being military personnel. This week there are 5,876 active cases across military, civilian, contractor and dependent personnel, with nine military personnel hospitalized as of Feb. 3.