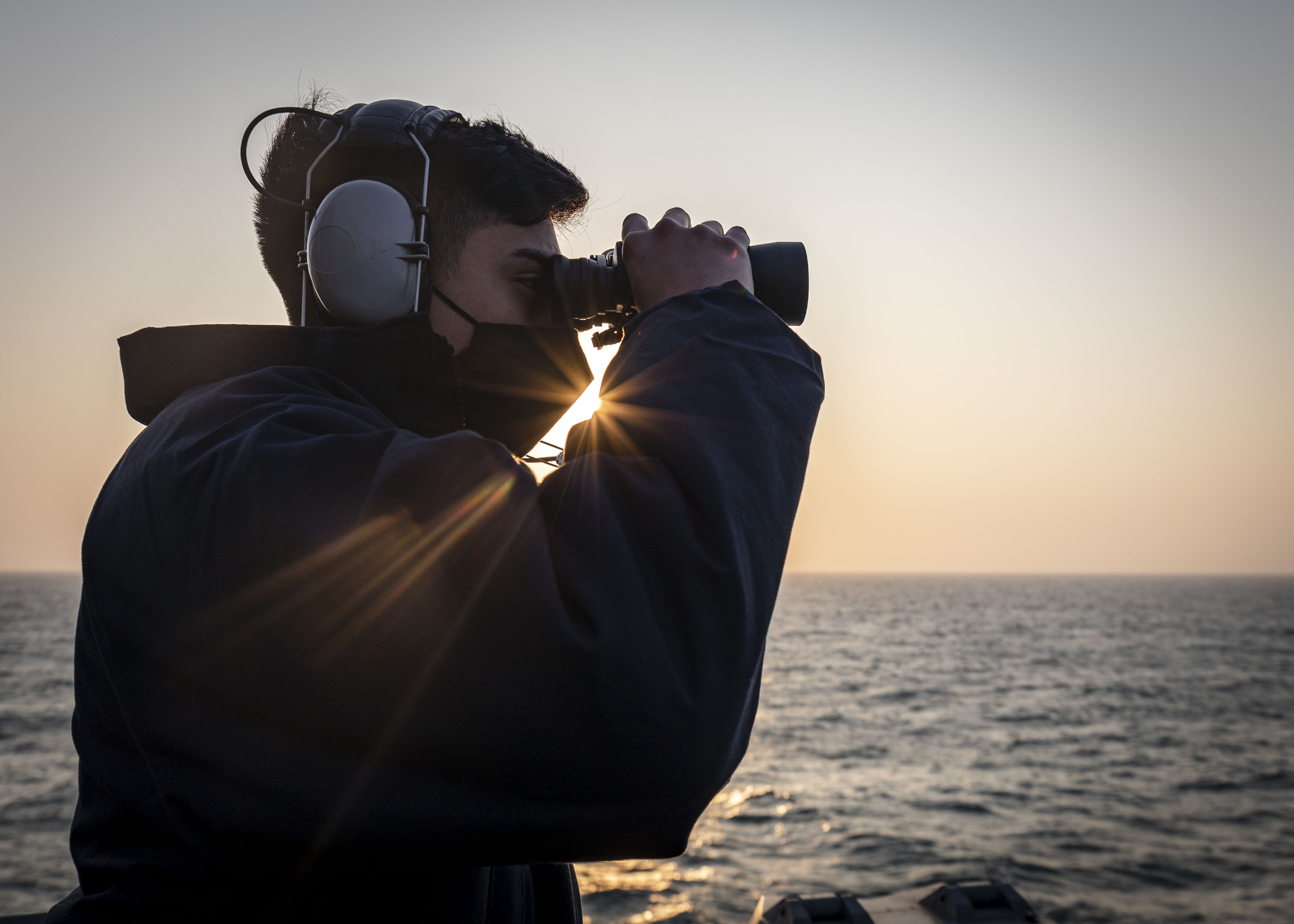 Seaman Frank Medina, from Dallas, Texas, scans the horizon while standing on the bridge wing aboard the Arleigh Burke-class guided-missile destroyer USS John S. McCain (DDG 56) in the Taiwan Strait on Feb. 4, 2021. US Navy Photo

According to military ship spotters, McCain was operating near two People’s Liberation Army Navy guided-missile frigates during the transit. USNI News understands U.S. warships operating in the South China Sea pick up at least one Chinese warship to monitor their movements.

The transit of McCain is the first during the Biden administration, which has continued to maintain rhetorical pressure on China. Secretary of Defense Lloyd Austin affirmed during his confirmation hearing last month that China was the largest military challenge the U.S. faces over the next several years, reflecting the Trump administration’s hard line on Beijing. 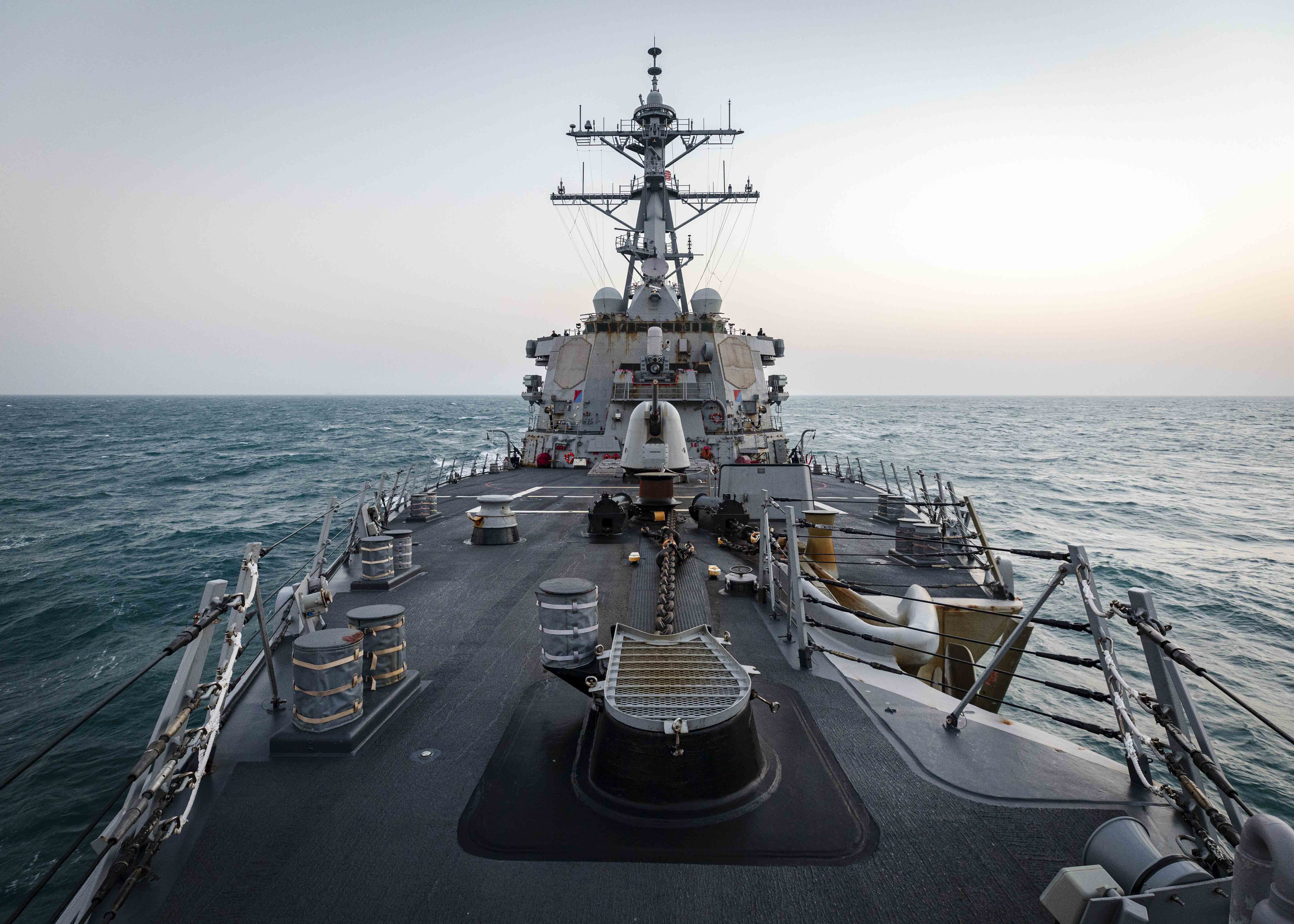 McCain’s passage drew a comment from the Chinese foreign ministry.

“China paid close attention to and monitored from start to end the passage of the U.S. military vessel through the Taiwan Strait,” spokesman Wang Wenbin told reporters.
“China will continue to stay on high alert and is ready to respond to all threats and provocations at any time and will resolutely safeguard its national sovereignty and territorial integrity. We hope the U.S. side will play a constructive role for regional peace and stability, rather than the opposite.”