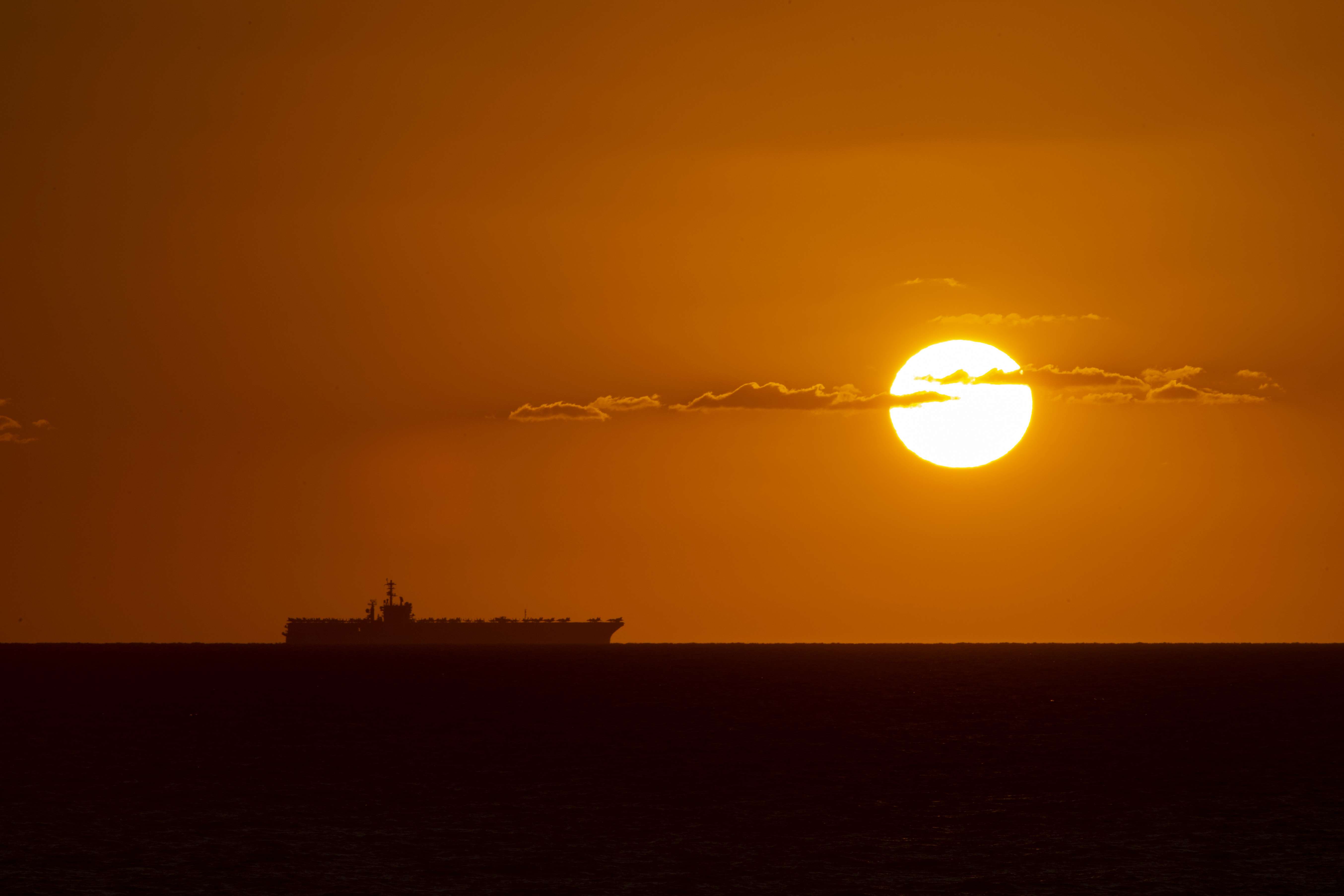 This post was updated to include additional details from U.S. Pacific Fleet.

Aircraft carrier USS Nimitz (CVN-68) is headed to the West Coast after Secretary of Defense Lloyd Austin over the weekend ordered the ship and its strike group back home after almost eight months deployed, two U.S. officials confirmed to USNI News.

As of Monday morning, the carrier was operating in U.S. 7th Fleet to the west of India, the officials said. A U.S. Pacific Fleet spokesperson confirmed the strike group was in 7th Fleet but did not provide additional details.

If the carrier heads straight back to the U.S., the Nimitz strike group should arrive back home by the end of the month, USNI News understands. As of Monday, the carrier has been deployed for 240 days, according to the USNI News carrier database. That’s the longest deployment since the record-breaking 294-day deployment of USS Abraham Lincoln (CVN-72) last year.

The Navy’s oldest carrier and its strike group have spent the last six-months operating mostly in the Middle East as tensions between Iran and the U.S. have simmered with America’s increased military presence since May 2019.

The strike group was ordered home by then-Acting Defense Secretary Chris Miller on New Year’s Eve, but the Trump administration quickly reversed that decision in early January following threats from Tehran on the one-year anniversary of the U.S. killing of Iranian military leader Qasem Soleimani.

While the deployment did not officially begin until June, the Bremerton, Wash.,-based carrier and the San Diego-based strike group staff and air wing have been separated from their families since April. The carrier completed its maintenance period and sailors entered a two-week preventive restriction of movement period to prevent COVID-19 outbreaks on the pier.

Aside from brief missions off the coast of Somalia and training with the Indian Navy in 7th Fleet, the strike group has operated in the Gulf of Oman and the North Arabian Sea since July.

Chief of Naval Operations Adm. Mike Gilday has said that the U.S. is on track to keep a carrier in the region for the foreseeable future and it’s unclear what carrier strike group will replace Nimitz. The Eisenhower Carrier Strike Group is training to deploy off the East Coast and the three ships of the Makin Island Amphibious Ready Group — deployed with a squadron of Marine F-35B Lighting II Joint Strike Fighters — is operating off of Somalia.