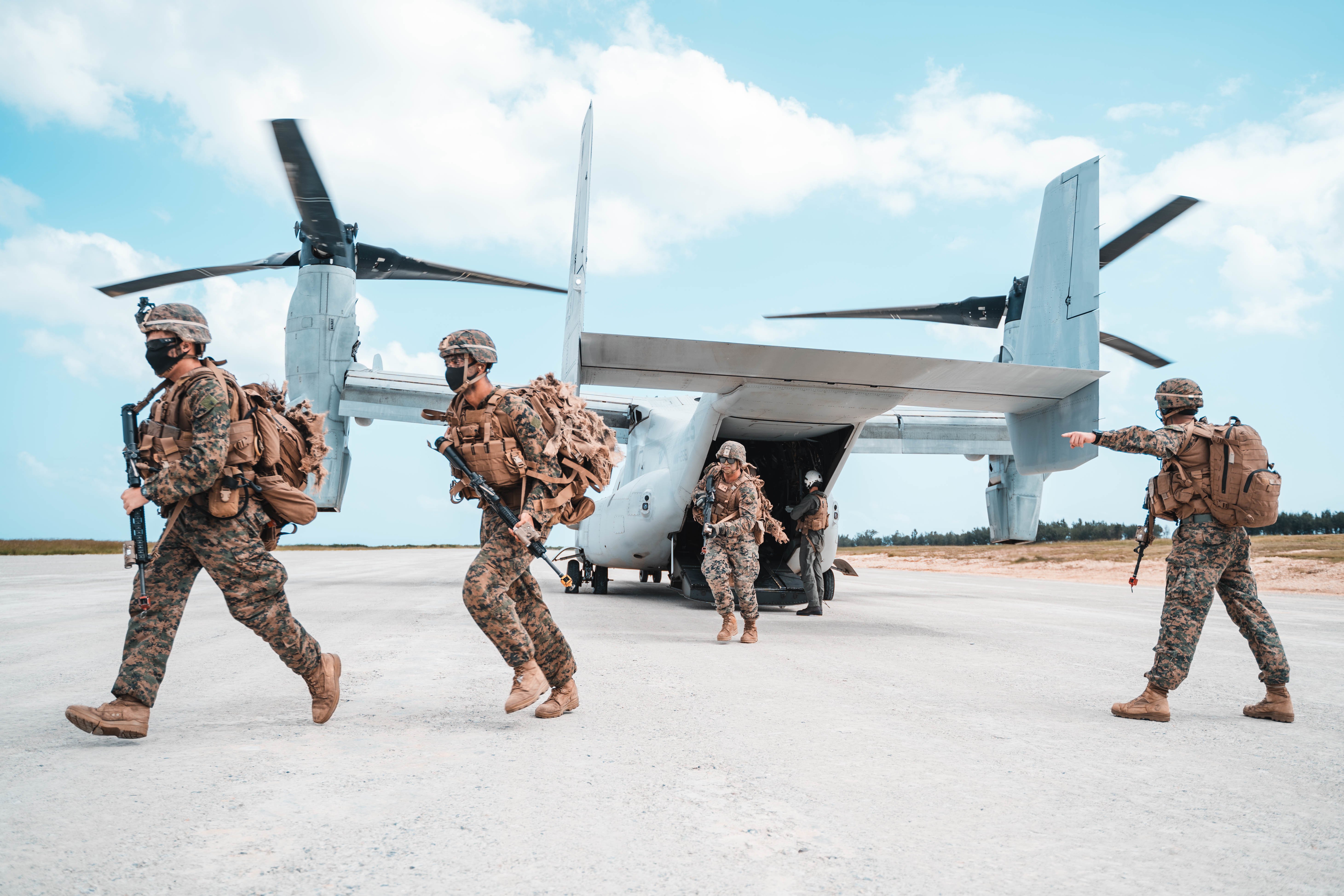 The Marine Corps plans to officially form the new unit designed to execute its island-hopping strategy in the Indo-Pacific next fiscal year, according to a service spokesman.

Marine Corps Commandant Gen. David Berger has laid out a vision for focusing on small maneuvering units instead of a large forcible entry force to fight a peer competitor like China in the Indo-Pacific in 2030. Part of that strategy proposes a new construct called the Marine Littoral Regiment, a concept the Marine Corps is beginning to experiment with using the 3rd Marine Regiment, to determine what the MLR might look like.

“Over the next few years, the specifics of the MLR will begin to take shape. Experiments, wargames, modeling and simulation will play a key role in the phased approach to the MLR development. First, the formation will be built, mainly from units that already exist in Hawaii, then the capabilities flowed in,” Benson said. “The largest muscle movements between now and the standup of the MLR will be structure and manpower adjustments. While this is taking place, further refinement of associated capabilities and concept development will occur in order to ensure the first MLR is capable of contributing to the continued Force Design Phase III efforts.”

“The most important aspect of Force Design Phase III is understanding feedback from the Fleet. This holds extremely true for the MLR construct. We want to ensure we get this right,” he continued.

The Marine Corps last year began initial experimentation with the 3rd Marine Regiment in Hawaii, which will eventually transition to the MLR construct. Plans to form the MLR first came to light last March in Berger’s force design report, which summarized the first two phases of the initiative.

Benson said the Marine Corps hopes to move into experimentation with the MLR as part of the force design’s third phase “as fast as possible,” so officials can start receiving assessments from the fleet.

Early plans for the MLR suggest it will include 1,800 to 2,000 sailors and Marines, which is smaller than the 3,400 that currently make up the 3rd Marine Regiment in Hawaii. The MLR will feature a Littoral Combat Team, Littoral Logistics Battalion, and a Littoral Anti-Air Battalion, USNI News previously reported.

The idea for the MLR was born out of wargaming efforts within the Marine Corps that sought to learn what kind of construct it needed to employ concepts like Littoral Operations in a Contested Environment (LOCE) and Expeditionary Advanced Based Operations (EABO). The latter would see Marines moving between expeditionary bases on islands in the Pacific.

“We’re laser-focused on the Pacific. And this is where you’ll see our first Marine Littoral Regiment come online. This is where we have our forward-based fifth-[generation] aircraft in [Marine Corps Air Station] Iwakuni,” Craparotta said.

Officials have repeatedly stressed that part of the Marine Corps’ force design work is prioritizing naval integration between the Navy and the Marine Corps. With an emphasis on the Indo-Pacific, that integration has extended to the staffs of U.S. 7th Fleet and III Marine Expeditionary Force, which are cultivating a joint warfighting concept.

“The relationships again that have developed between the MEFs and the numbered fleets, the relationships that exist between our staffs really are different. And I would dare say better than they have been before, based on my experience. And I would expect that these relationships will continue,” Craparotta said last week.
“And I think between relationships, integrated concepts, capabilities that are designed to support those concepts, and the current efforts really to experiment and train together as a naval force – these combined efforts will really start to bear fruit in the next few years and will certainly enable the naval force to continue to play the vital role in the Pacific and around the globe, just as it has throughout our history.”

While plans for the MLR are not yet final, the Marine Corps’ third stage of the force design effort is meant to continue experimenting and wargaming concepts to better understand how the service would employ a new unit like the MLR.

“The MLR will be uniquely designed to maneuver and persist inside a contested maritime environment where its primary mission will be to conduct sea denial operations as part of a larger Naval Expeditionary Force,” Benson said. “The MLR being built in Hawaii over the next three years will be the first of its kind in the Marine Corps.”