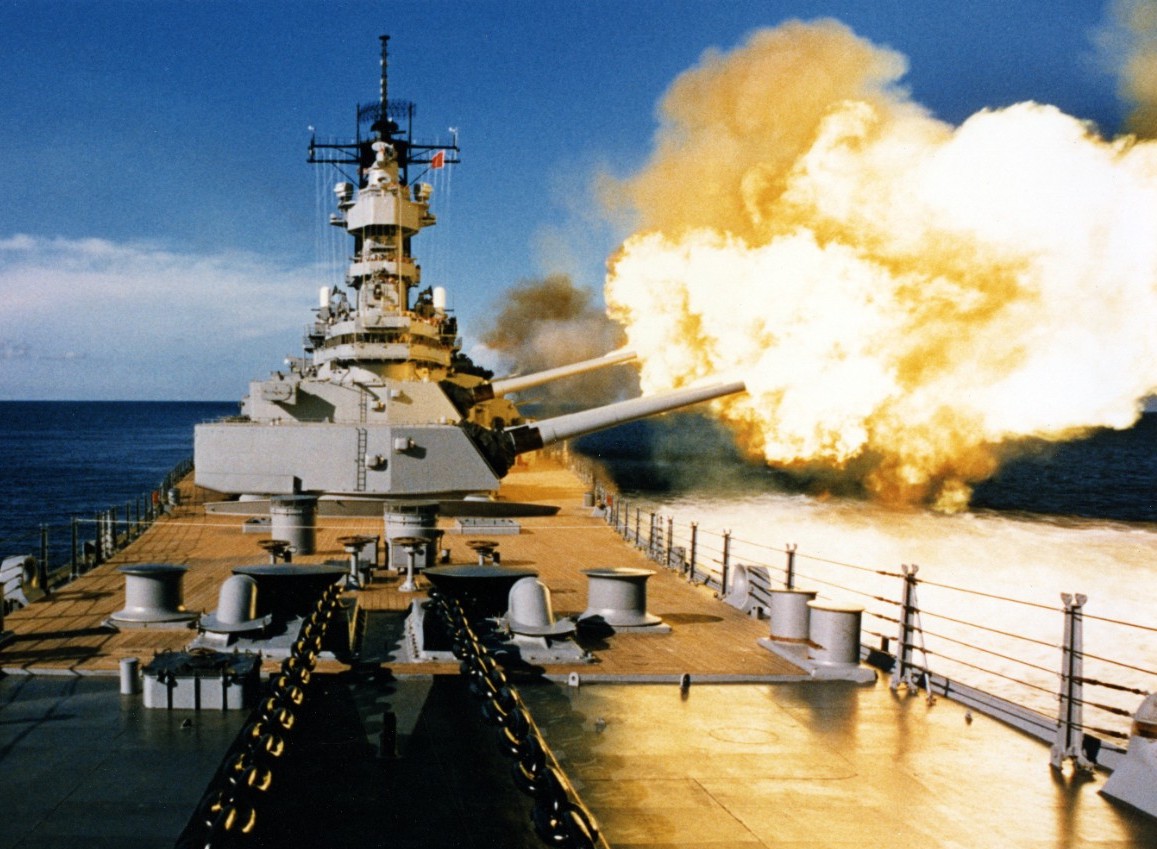 Key to the success of the first Gulf War was extensive use of reservists — like Seabees and intelligence — in the conflict, three experts from the Center for Naval Analyses said in a press briefing Monday.

Mark Geis, who was an analyst with II Marine Expeditionary Force in Desert Shield/Desert Storm and is now CNA executive vice president, said this total force idea was “a little bit risky [of a] concept,” but all the services “were aggressively pursuing” it in the post-Vietnam era.

After the Vietnam War and the end of the draft, key functions needed to undertake a major military campaign were rooted in the reserves and required their activation to wage war.

But it had never been tested in combat. Adding to the unknowns and risk then was how well the all-volunteer force would perform under fire in a major engagement, unlike the invasions of Grenada or Panama in the 1980s.

According to Geis and Katherine McGrady, now CNA president and an analyst with I MEF during the Gulf War, the total force question for the Pentagon and sea services’ active-duty leadership came down to: Would the reserves show up and how prepared were they to handle cargo to undertake mine countermeasures missions and perform search and rescue?

The Pentagon and services learned that “the reserve forces had taken the time to train,” Geis said, and they were prepared “to execute [their assigned missions] effectively.”

McGrady said the active-duty military also learned they could “find people who had the skill sets” they needed for combat operations in their reserve components. In addition, those reservists with their civilian backgrounds and careers offered different insights into ways to tackle a problem.

Active-duty commanders “were astounded how helpful they were,” she said.

But one of the hard first lessons came with I MEF almost immediately on arrival. Fearing that then-Iraqi President Saddam Hussein’s forces would move south quickly to challenge the Marines’ arrival, McGrady said the belief was “the offload had to be done urgently,” even from pre-positioned afloat stocks. Among the combat units, they “were not waiting patiently for equipment,” as they were concerned about attack. 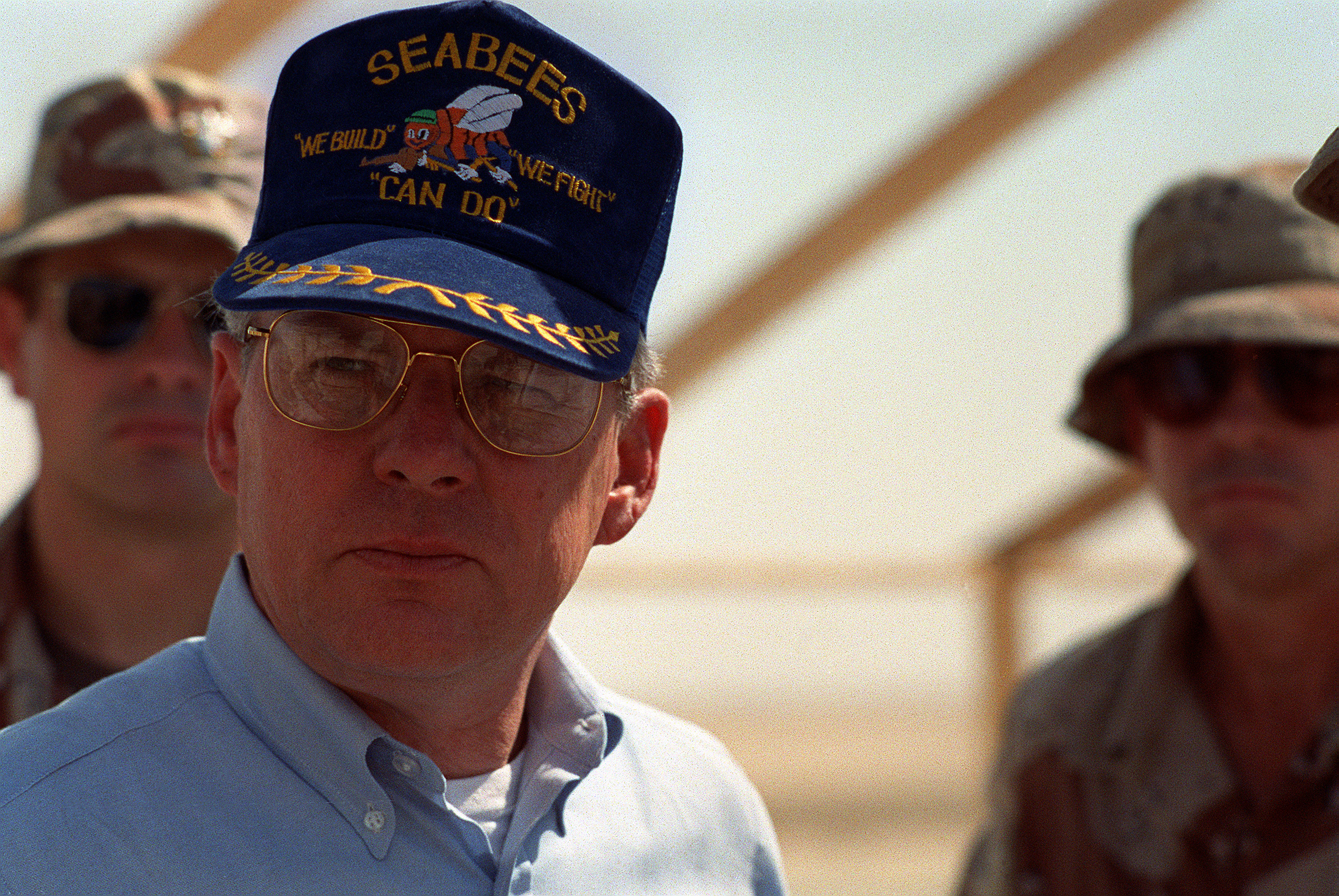 Secretary of the Navy H. Lawrence Garrett III sports a Seabees cap as he visits a construction battalion camp during Operation Desert Shield in 1991. US Navy Photo

Characterizing the offloading as “disorderly,” she added that “there was a shortage of forklifts, there were too few drivers,” and, as a consequence, rolling stock was not moving off the pier.

Also, when equipment began to arrive in the units from the pier, it wasn’t necessarily what they needed or expected.

II MEF had some advantages by being the reinforcing force in theater, Geis said. Offloading “went relatively smoothly,” he said. More important to future operations was the realizing the need to ensure that the right equipment ended up with the right unit, which “fundamentally changed how they loaded the ship.” A seemingly minor change like filling a Humvee only with equipment that was going to the unit receiving the vehicle solved the problem of having too much of something deemed not critical and not enough of vital equipment.

Geis added that the Saudi’s responsibility of container-handling operations had not taken into account local practices of an hour of downtime for every four hours of work, a custom that did not change despite the demands of war, offers of extra pay, et al.

The biggest lesson in this area of Desert Shield/Desert Storm was that “it was very clear to the Marine Corps this was a relatively pristine” environment where operations were not under attack. Geis said, “they may not have that in the future” was the takeaway and it has carried into planning today.

The crippling of USS Princeton (CG-59) and USS Tripoli (LPH-10) by Iraqi mines in the Persian Gulf in February 1991 showed “how something like mines, such an unsophisticated device, can really disrupt your operations,” McGrady said. She compared the effect to that of improvised explosive devices, often roadside bombs, used in Iraq and Afghanistan more recently. They “can stop you in your tracks” and affect thinking through a mission, she said.

Steve Karppi, a CNA senior research scientist who deployed to the Persian Gulf as an analyst with Cruiser Destroyer Group Two, said planning for mines was “just one of the factors” being considered in maritime operations at the time. That planning included the risks of an amphibious assault and battleships providing naval gunfire support relatively close to shore in waters that were mined. But it “was not the major factor,” he said.

He added that minesweeping “is a very lengthy, time-consuming process.”

Looking back at the role of battleships USS Wisconsin (BB-64) and USS Missouri (BB-63) in Desert Storm, Karppi noted their effectiveness in the second bombardment from their big guns in breaking Iraqi troop morale. The remotely piloted vehicles from the ships, first used for targeting, were sending back real-time video of Iraqi soldiers waving white flags of surrender to the drones.

But the battleships’ futures were already under discussion in the Pentagon. “After a while old ships take a lot of maintenance,” McGrady said. Both were built during World War II.

Five years after the Goldwater-Nichols Act altered service relationships and sought more “joint” planning, buying and operations, Karppi said there was far more “jointness” in air operations than during the Vietnam War.

Desert Shield/Desert Storm was the first time a Joint Air Forces Command Component had been set up to look at targeting in ways other than de-confliction or geographic separation, as was done in Vietnam. He termed it “temporal jointness” in the first Gulf War that has expanded greatly since.

When asked about “precision weapons” launched or dropped from aircraft, Karppi said 90 percent of the ordnance would be considered “dumb” bombs. He added the Navy’s use of the AGM-62 Walleye, a television-guided missile used by aircraft flying from Kitty Hawk-class aircraft carrier USS America (CV-66), “didn’t get a lot of attention,” but fit in the category of an effective precision weapon.