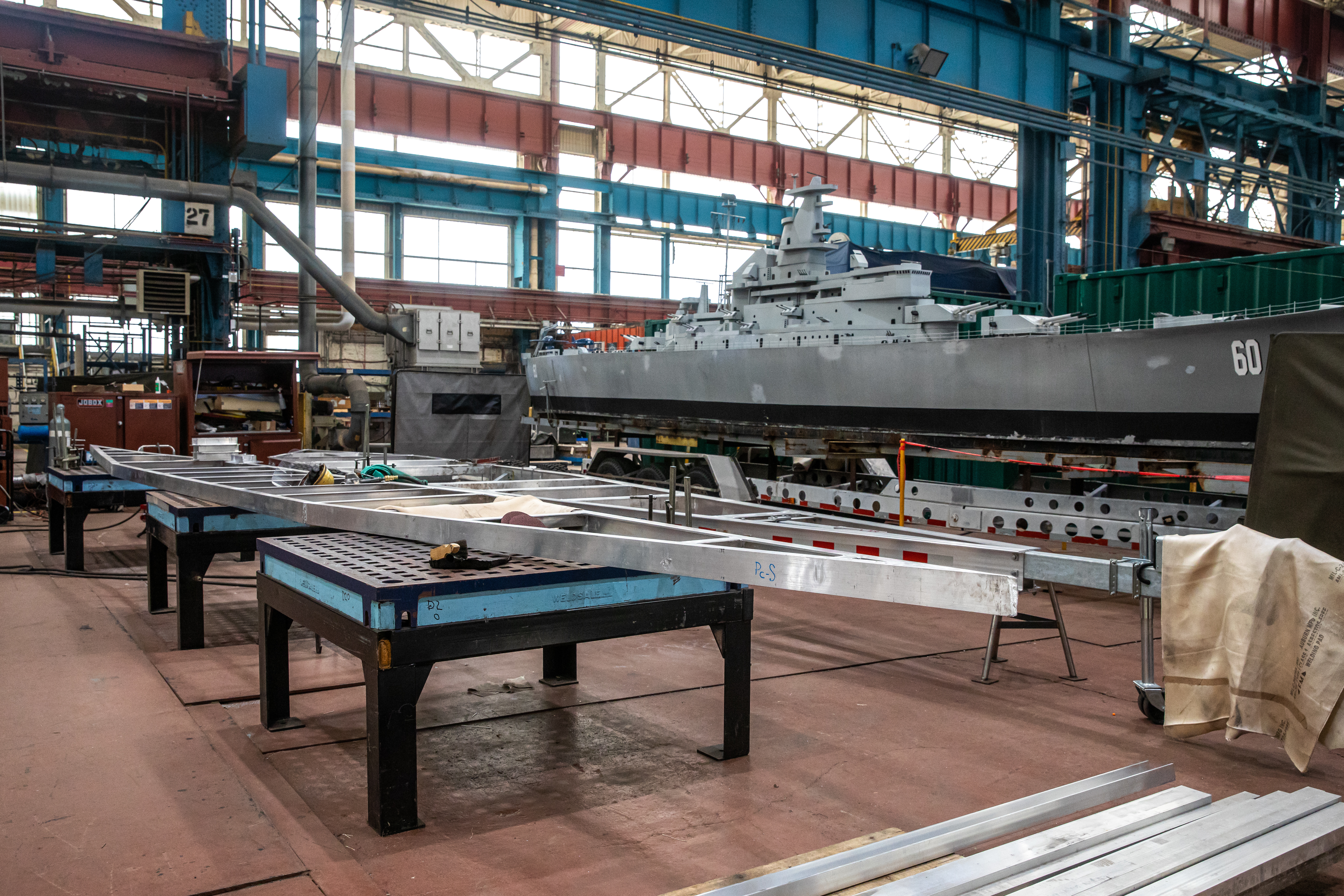 Squeezed in between repairs of multiple aircraft carriers and submarine availabilities, the Navy is working to restore a model of a World War II-era battleship the service lends out for parades.

With shipyard workers that specialize in areas ranging from painting to welding, the Navy began the first major restoration of the float of USS Alabama (BB-60), a South Dakota-class fast battleship, the service said.

“The trailer that the Alabama was sitting on had reached its end of service life,” Ty Haughn, Norfolk Naval Shipyard’s executive support department command facility manager, said in a statement. “In addition, the ship itself needed body and structural repair, and to be completely repainted.”

The service uses the replica in parades throughout the region surrounding Norfolk Naval Shipyard. 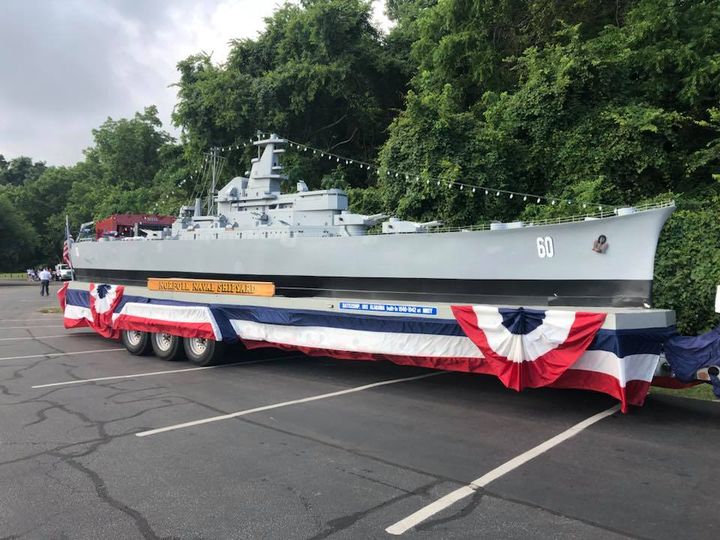 USS Alabama on its old trailer.

“We have plans to restore the carbon dioxide system to recreate the guns firing and to come up with a system that would simulate diesel engine smoke coming out of the stacks,” Haughn said of the renovation.

“The Alabama’s new trailer is lower than its previous trailer, thus allowing people to see the fine and intricate details of the float they couldn’t see before,” the Navy said. “The float will also receive 3-D printouts of ports, hatches and gun turrets to make it the more realistic.”