In an era of renewed great power competition, China’s military modernization effort, including its naval modernization effort, has become the top focus of U.S. defense planning and budgeting. China’s navy, which China has been steadily modernizing for more than 25 years, since the early to mid-1990s, has become a formidable military force within China’s near-seas region, and it is conducting a growing number of operations in more-distant waters, including the broader waters of the Western Pacific, the Indian Ocean, and waters around Europe.

China’s navy is viewed as posing a major challenge to the U.S. Navy’s ability to achieve and maintain wartime control of blue-water ocean areas in the Western Pacific—the first such challenge the U.S. Navy has faced since the end of the Cold War—and forms a key element of a Chinese challenge to the long-standing status of the United States as the leading military power in the Western Pacific. Some U.S. observers are expressing concern or alarm regarding the pace of China’s naval shipbuilding effort, particularly for building larger surface ships, and resulting trend lines regarding the relative sizes China’s navy and the U.S. Navy. 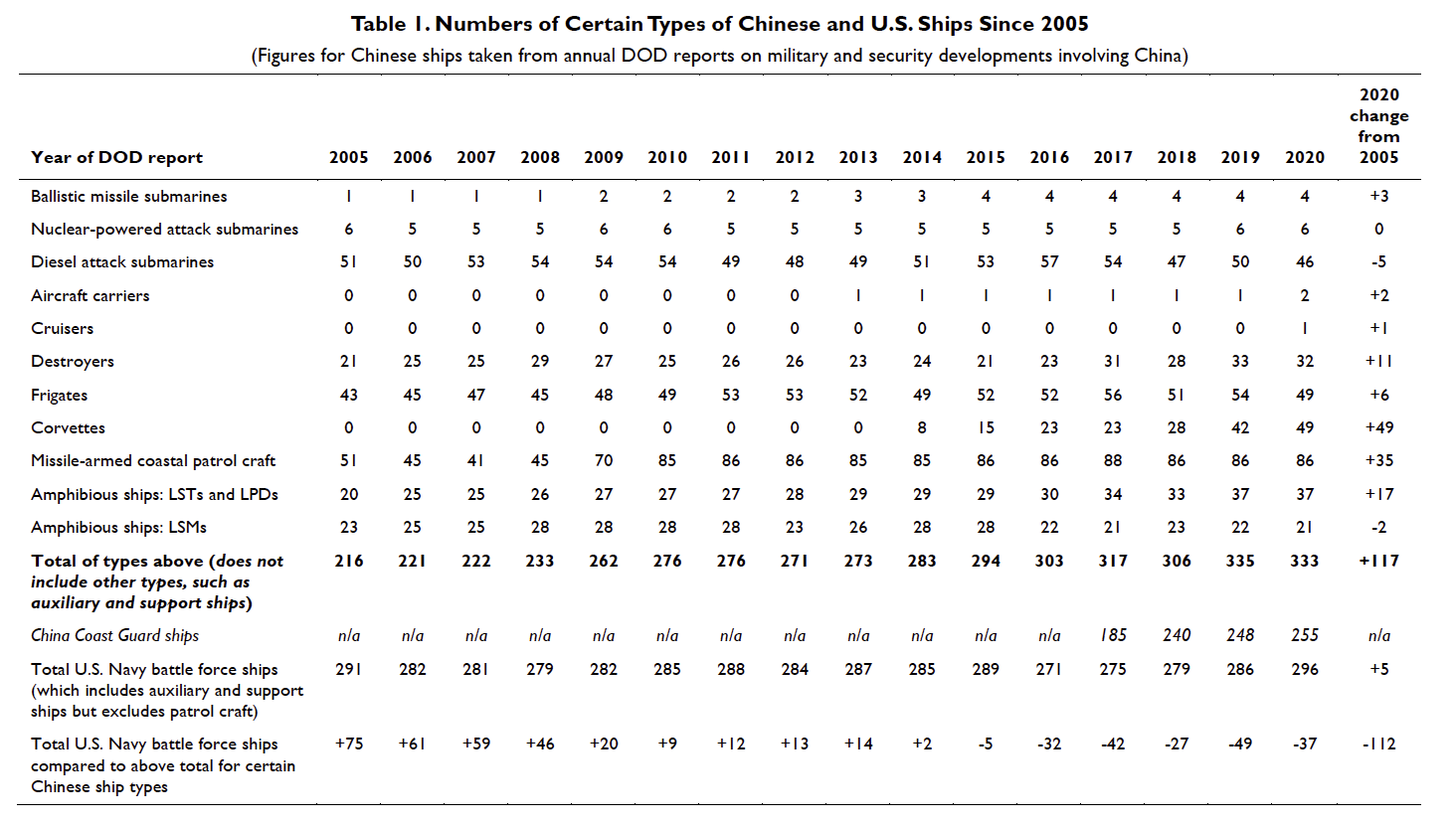 China’s naval modernization effort encompasses a wide array of ship, aircraft, and weapon acquisition programs, as well as improvements in maintenance and logistics, doctrine, personnel quality, education and training, and exercises. China’s navy has currently has certain limitations and weaknesses, and is working to overcome them.