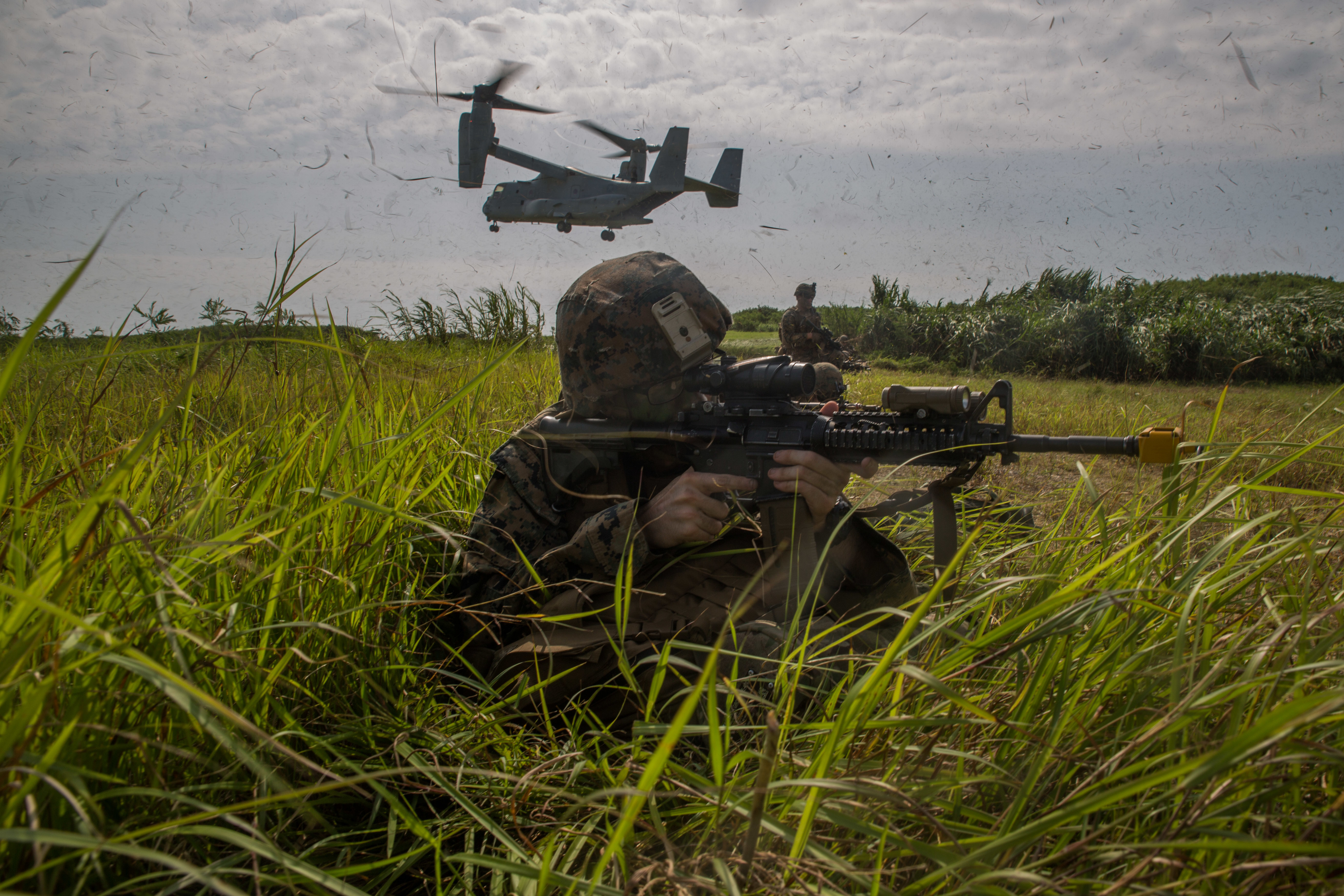 Today, every Marine is a rifleman. Tomorrow, they could be sub-hunters.

The Marine Corps is all in on shifting its spending, personnel and operations to support the Expeditionary Advance Base Operations concept, which would spread out smaller units of Marines across vast expanses of ocean and islands, maneuvering them around to make them tougher for an adversary to target as they conduct their missions.

Commandant of the Marine Corps Gen. David Berger has laid out an idea that, if the Marines are going to pursue their strategy of establishing these EABs to do things like rearming and refueling, air defense and offensive strike, they may as well also help the Navy by searching the local waters for enemy submarines.

Berger wrote in a November Proceedings magazine article that “U.S. ASW capabilities in the air, on the surface, and under the sea rely on a brittle layer of logistical support. As Chinese and Russian undersea warfare capabilities continue to improve, logistics and other supporting operations for U.S. ASW forces will grow in importance. Integrating cross-domain ASW operations into the Marine Corps’ expeditionary advanced base operations (EABO) concept could enable the joint force to sustain or widen its advantage in ASW. Conducted across the spectrum of conflict, theater-level ASW is a campaign of sustained actions over time for undersea advantage. By offering forward logistics and support, as well as sensor and strike capabilities, Marine expeditionary advanced bases (EABs) could make a significant contribution to undersea warfare campaigns, including holding Chinese and Russian submarines at risk.”

He said during a Dec. 7 interview on the U.S. Naval Institute’s Proceedings Podcast that the EABO concept dates back several years but that discussions about the concept have been mostly limited to classified forums. As a result, public conversations about what EABO could bring to the Navy-Marine team are less imaginative than the ones actually happening behind closed doors.

“People thought of, well where the commandant’s going is a bunch of little tiny Marine units that are running around with some kind of lethal batteries and kind of modern-day defense battalions sort of thing, and they were somehow going to support the fleet. And it created this mental model that became kind of an anchor for us,” Berger said.
“I’d ask folks to stretch out their brains for us and think of EABO much wider than that. I think a huge aspect of how we’re going to use EABO going forward is how we’re going to, what the naval force might call scouting and counter-scouting, or the Army calls reconnaissance and counter-reconnaissance.”

That scouting could occur in all domains to contribute to a fleet commander’s operational picture: if Marines are on an island without any other naval forces nearby, of course the rest of the force would want to know what they can detect in the sky and on the surface. But Berger is interested in what the Marines could detect under the sea, too, to contribute to anti-submarine warfare.

“We’re not thinking about replicating or substituting for what the Navy does really, really well right now. This is, how do you add to it?” Berger said.

EABs will certainly do refueling and rearming for naval and joint forces passing through the area, but Berger said he’s trying to explore the potential of sensing and data-collection. 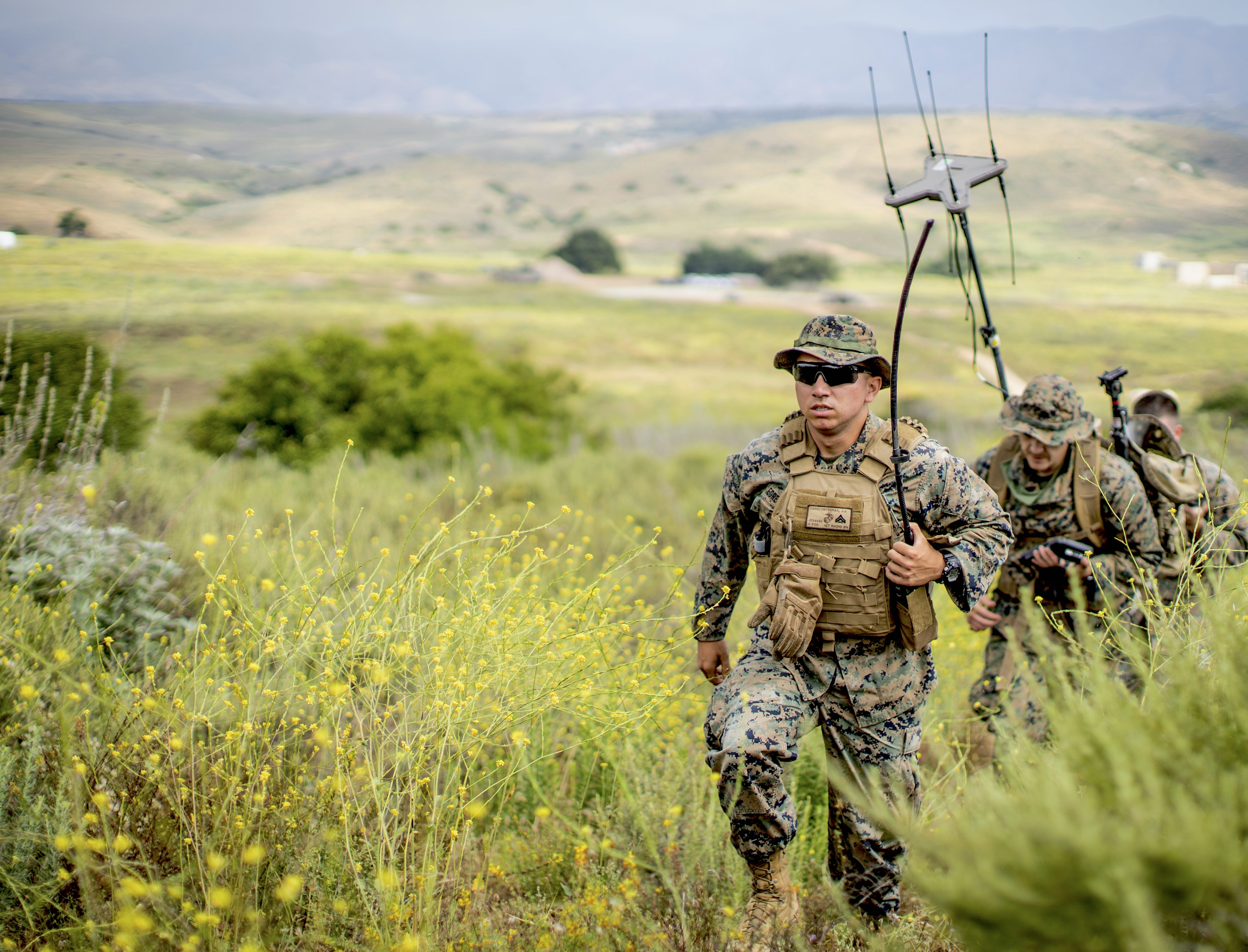 “If we’re going to have Marine units that are distributed around a pretty spread-out environment, is there a way they could collect on the subsurface picture and contribute to the overall subsurface fight, undersea fight? Maybe yes. So although some would think immediately, well what kind of weapons systems are we talking about? My first thought is, how do you paint a picture, a better, more complete picture, for the fleet commander? Because he can’t have a submarine and his P-8s everywhere, so is there a way where Marine units could complement, could add to that undersea picture? And if we can, and an adversary knows that we can, okay, now we can start to change their behavior. Now they can’t operate everywhere with impunity. We’re sort of herding them into where we would like them to go now. Same communications-wise,” the commandant said during the podcast.
“So from our view, how do we add to, how do we complement what the Navy already does very well? And from the other side, how do we change their perception that they can, as long as they stay away from the U.S. submarines and the U.S. P-8s, we’re free and clear; how do we change that mental model to make them think, my god there’s these Marine units spread all over the place and they’re going to know, they’re going to pick up where we’re moving?”

Previously, Marine Corps Maj. Gen. Tracy King, the Navy’s director of expeditionary warfare on the chief of naval operations’ staff, had discussed Marine EABs conducting anti-sub operations, much as they plan to conduct anti-ship operations in support of sea control and sea denial for the Navy. He said over the summer that U.S. submarines give away their position when they shoot torpedoes, so if Marines on islands could go after those targets instead, U.S. SSNs could go on lurking undetected.

“We’re going to have Marines out there sinking ships. I’ve even talked to our undersea guys about Marines out there sinking submarines, so some of our inside forces can stay hidden. Let our adversary worry about me and my hundred guys running around crazy on some island instead of these capital assets that are really the heart and soul of the joint force,” he said, referring to American attack submarines. 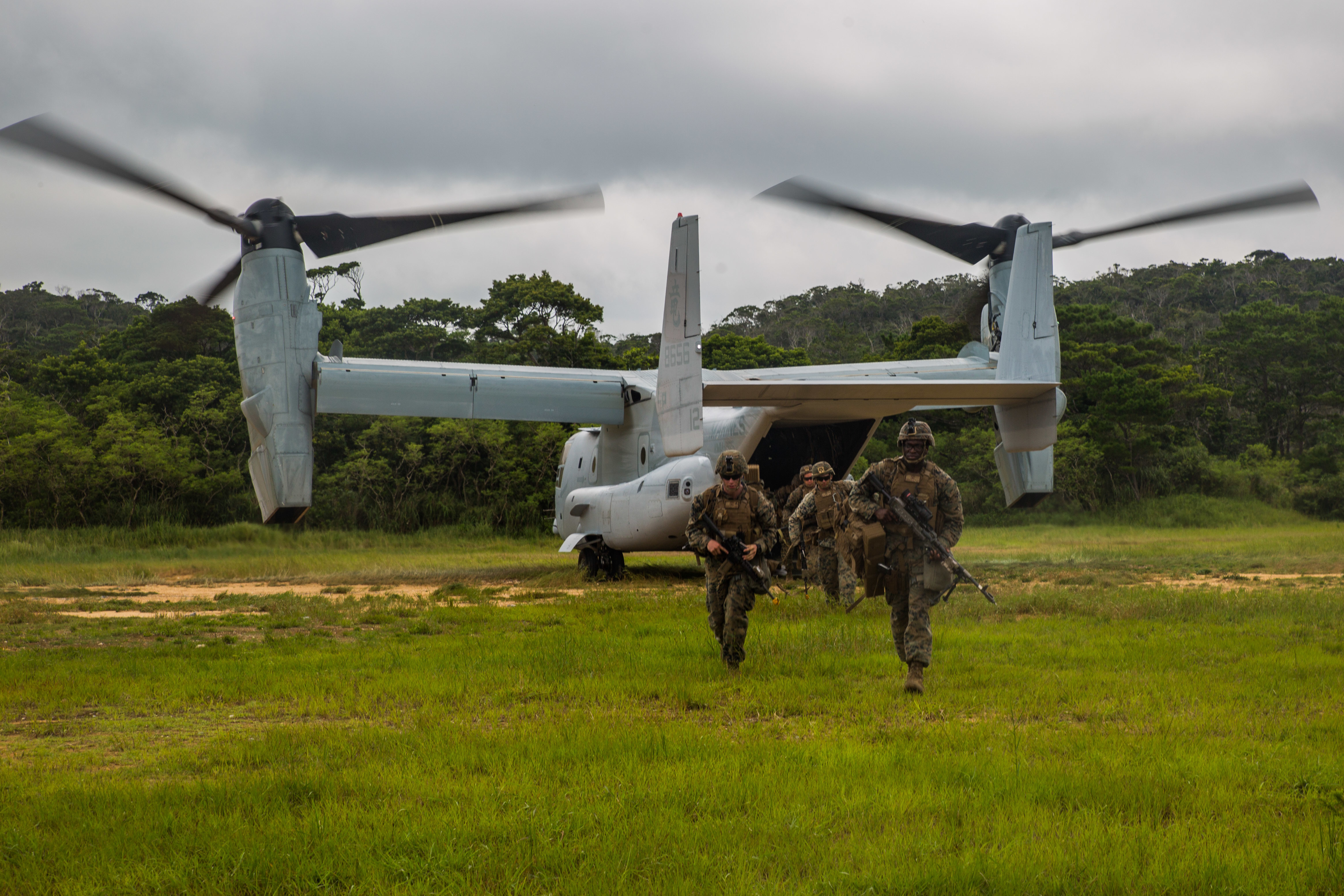 Berger said during the podcast that the Marine Corps is obligated by law to organize, train and equip a fleet marine force to support naval campaigns. He said he sees the ASW mission as an extension of that, as the Navy’s focus in the coming years will be control, sea denial, power projection and securing sea lines of communication against peer or near-peer competitor – all things that Berger thinks the Marine Corps can help with.

Speaking about specifically what led him to the notion of Marines conducting ASW, he said that the U.S. naval force previously had an operational and strategic advantage in precision fires, though as that technology has proliferated the U.S. advantage has shrunk. He believes that the key U.S. advantage today is in undersea warfare, and “if that’s true, if we have a large margin there, an advantage undersea and we need to sustain that, then I’m thinking through how does the Fleet Marine Force help maintain that advantage and perhaps grow it. And I think the answer is, we’re going to use expeditionary advance operations to do that, EABO to do that.”

He said the EABs would be equipped with advanced sensors in the surface, air and subsurface. The Marine Corps does not have that capability today, but “we’re experimenting with all that now.”

The commandant acknowledged the oddity of a Marine officer calling for anti-submarine warfare capabilities – much like his predecessor, Commandant Gen. Robert Neller saying the next dollar in the budget should be used to buy more submarines. In Neller’s case, he was laying out the new argument at the time that the Marines would have to fight to get to the fight and that further integration with naval forces to contribute to blue-water sea control operations would be necessary.

“Yeah, this is a bit of an intellectual stretch for some. And some may think it’s not realistic for the fleet marine force to – why would you even go into anti-sub warfare, or why would you have a future ARG/MEU with T-AGOS shipping? Why would you employ ASW type capabilities? And I think that’s closed-minded,” Berger said.
“I am pushing folks to think wider, to elevate, to think in a non-conventional, non-traditional way. I’m not asking them to go into science fiction, but this is reasonable – move beyond, in other words, the traditional comfort level.” 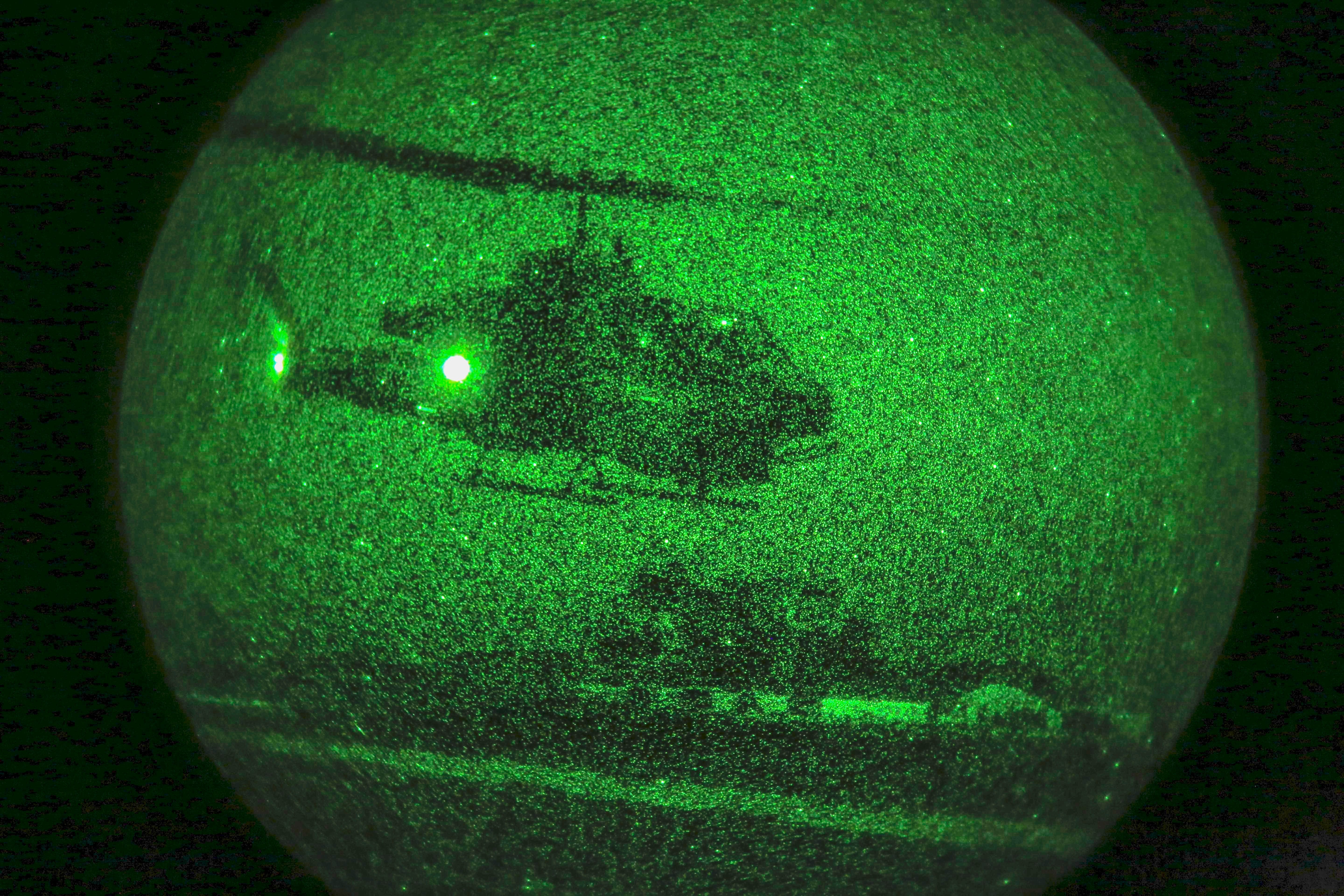 “I think forward-deployed naval expeditionary forces, we’re going to organize, train and equip them to compete in the maritime gray zone and help contribute towards this scouting/counter-scouting sort of competition every day, every week. And those same forces, Navy plus Marine Corps, have to be able to transition from competition to crisis, because we’re not going to be able to pull out one force and put in another. My assumption is going forward, those forward forces have to be the ones who respond as well immediately,” he said of the future operating environment.

To support that vision, the Marine Corps has called on the Navy to help design and buy two new classes of ship: a Light Amphibious Warship and a medium logistics ship.

Berger said there’s no push-back from Congress about the need for these two platforms, though there’s work to be done to get the requirements right and keep them stable, so the shipbuilding programs’ cost don’t grow out of control for what’s meant to be relatively cheap programs that could be fielded by the dozens.

Speaking of today’s L-class amphibious ships, Berger said, “you have this kind of vessels that get you to the fight, and in the high end they’re survivable, that’s what you use to punch through, that’s what you use to land forces when you need to – okay, you’ve got those. But what we don’t have right now that we’re going to need is, in a contested environment, every day, every week, how are we going to move supplies, reposition forces, keep them sustained – so that drives you towards a class of more affordable ships that are smaller, lower-signature. Okay, that’s what we don’t have today. So they don’t take the place of an LHA or an LPD,” but instead they would increase mobility to support EABO.

“There’s a clear acceptance now that the game is about deterrence and competition every day, every week,” Berger said.
“And that means we’re going to have to have more than the few dozen amphib ships to be able to really compete on a scale and in the kind of a gray-zone environment that we’re going to have to.”