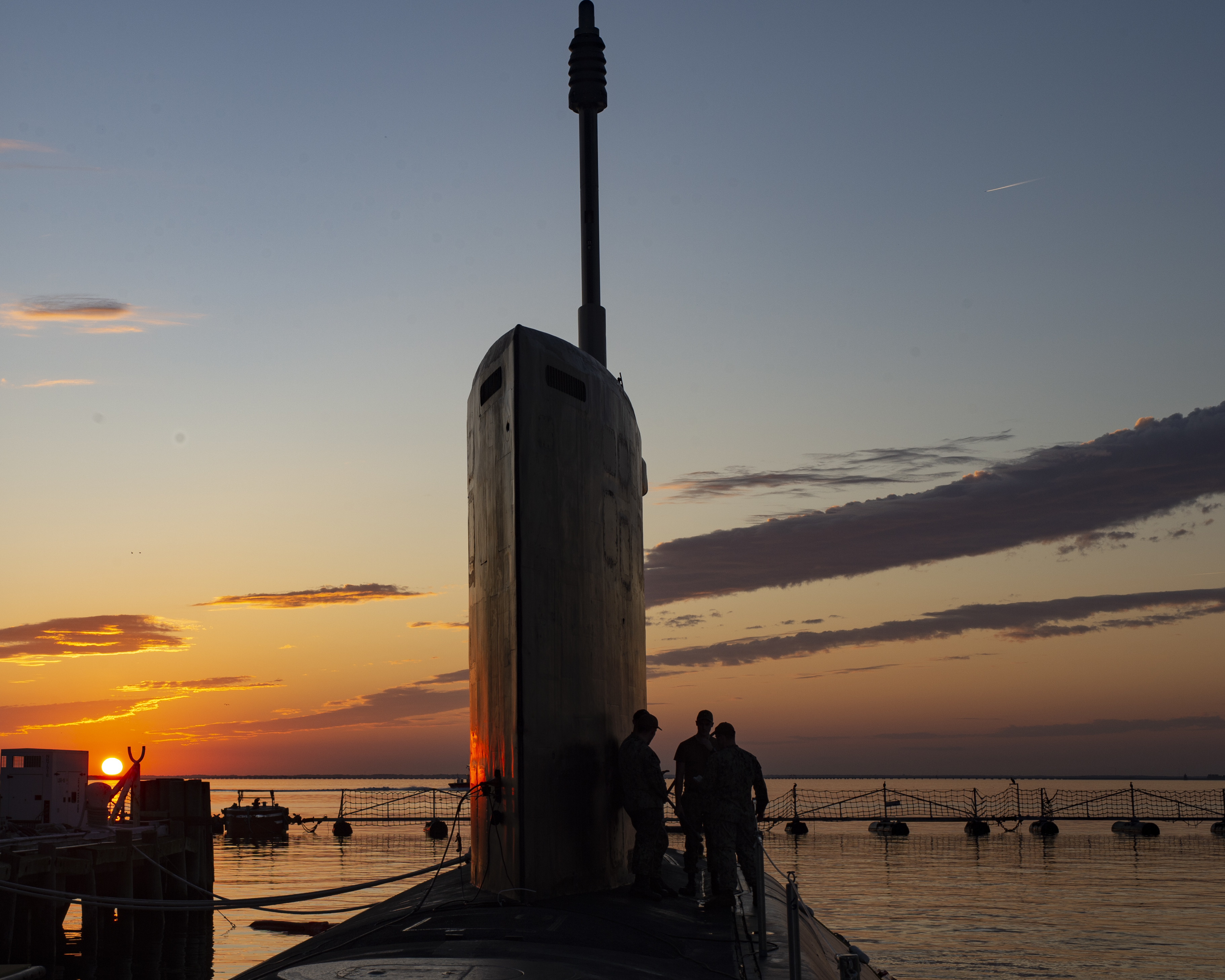 Senate appropriators are proposing $21.35 billion for Navy shipbuilding that would fund nine battleforce ships, according to the text of the legislation that was released on Tuesday.

The Senate Appropriations Committee’s funding allocation for a total of nine battleforce ships in its draft of the Fiscal Year 2021 defense spending bill is an increase from the eight the Navy sought in its request earlier this year.

The legislation features funds for one Virginia-class submarine, one Columbia-class boat, one Constellation-class frigate, one LPD-17 amphibious transport dock, two Arleigh Burke-class guided-missile destroyers, two T-ATS towing and salvage ships and one Expeditionary Fast Transport, according to a summary from the committee. Notably, the Navy did not seek to buy an EPF vessel in FY 2021.

Senate appropriators suggested $2.3 billion in funding for one Virginia-class submarine, and nearly $2.4 billion in advance procurement money for the Virginia program.

While the Navy had been planning for a two-per-year build on the Virginia-class program, the service earlier this year only sought one boat and included the second submarine on its unfunded wish list. The move angered some lawmakers, who had been calling for the Navy to build more Virginia-class submarines.

House Armed Services seapower and projection forces subcommittee Chairman Rep. Joe Courtney (D-Conn.), who has long been an advocate for building more Virginia-class submarines, on Tuesday criticized the Senate panel for only funding one boat and the Trump administration for only seeking one in its original budget submission.

“The Senate plan released today does not fix the problem. Its proposed partial funding in 2021 is unworkable given the shipyard’s schedules in future years for the Virginia and Columbia programs. Over and over again, Navy leaders such as Assistant Secretary Geurts and CNO Michael Gilday have testified at Committee that the best way to feasibly build this submarine is to fully fund it in 2021,” Courtney said of the additional submarine that he’s been pushing to fully buy in FY 2021. Others have suggested incrementally paying for that boat over the next few years and inserting into the production line later on.

“The House NDAA and Defense Appropriations did the hard work of paying for this priority within the 2021 budget caps, and passed these bills on the floor of the full House—something which has not occurred in the Senate, even at the Committee level,” he added. “As we continue our NDAA conference negotiations and work towards a final spending bill, I will continue to work with my colleagues on both sides of the aisle and the Capitol to underscore the urgency of this issue for our navy and our nation.”

Meanwhile, the House Appropriations defense subcommittee in its draft of the FY 2021 defense spending bill allotted $22.3 billion for shipbuilding, including money for the second Virginia-class boat.

The House Armed Services Committee and the House Appropriations Committee have supported authorizing and fully funding the second Virginia-class boat this fiscal year, but the Senate Armed Services Committee and now the Senate Appropriations Committee have not been willing to commit the authorization and funds. Instead the upper chamber panels are pushing for the incremental funding approach. Neither approaches are final, as both House and Senate committees will need to work on conference versions of the legislation.

Senate appropriators in the draft of the spending bill allotted approximately $18.8 billion for the Navy’s aircraft procurement account, an increase from the $17.2 billion the service sought in its request.

Lawmakers added $525.5 million so the Navy and Marine Corps can buy five more F-35C Joint Strike Fighter Lightning II aircraft, according to the explanatory statement accompanying the FY 2021 bill. The Navy’s FY 2021 submission asked for 21 F-35Cs and 10 F-35Bs. The draft from Senate appropriators allots money for the Navy to buy a total of 26 F-35Cs and 10 F-35Bs.

While the Navy in its budget request tried to curtail its buy of the F/A-18E/F Super Hornets and make FY 2021 the last year the service would purchase new aircraft for that program, the Senate panel is seeking more details on the decision.

“The Committee would like to understand the impact of eliminating new Super Hornets on [service life modification] cost and/or effectiveness and the long-term cost of sustaining an increasingly aging fleet,” the explanatory statement reads. “The Committee directs the Secretary of the Navy to provide a briefing to the congressional defense committees not later than 30 days after the enactment of this act that provides an update on the Navy’s strike fighter shortfall projected over the next 20 years, the impact of the 36-aircraft reduction on this shortfall, and an updated schedule of inductions and deliveries of aircraft in the SLM program.”

The panel also suggested a $30 million boost in funding for the Navy’s “immediate expenses” as the service continues its evaluation of the fire aboard USS Bonhomme Richard (LHD-6).

“The Committee understands that the Navy is in the process of assessing the extent of the electrical, structural and mechanical damages to evaluate whether the amphibious assault ship, commissioned in 1998, is salvageable,” the explanatory statement reads.
“The Committee is eager to learn about the factors the Navy is examining to determine the way ahead and expects to remain informed about possible courses of action,” it continues.

While the House passed its version of the defense spending bill over the summer, the two chambers will have to hammer out the differences in conference negotiations.

Both the House and Senate passed their respective versions of the defense policy bills, but HASC Chairman Rep. Adam Smith (D-Wash.) said late last month that the Senate would not meet to discuss the defense authorization bill conference negotiations until after the Nov. 3 election.