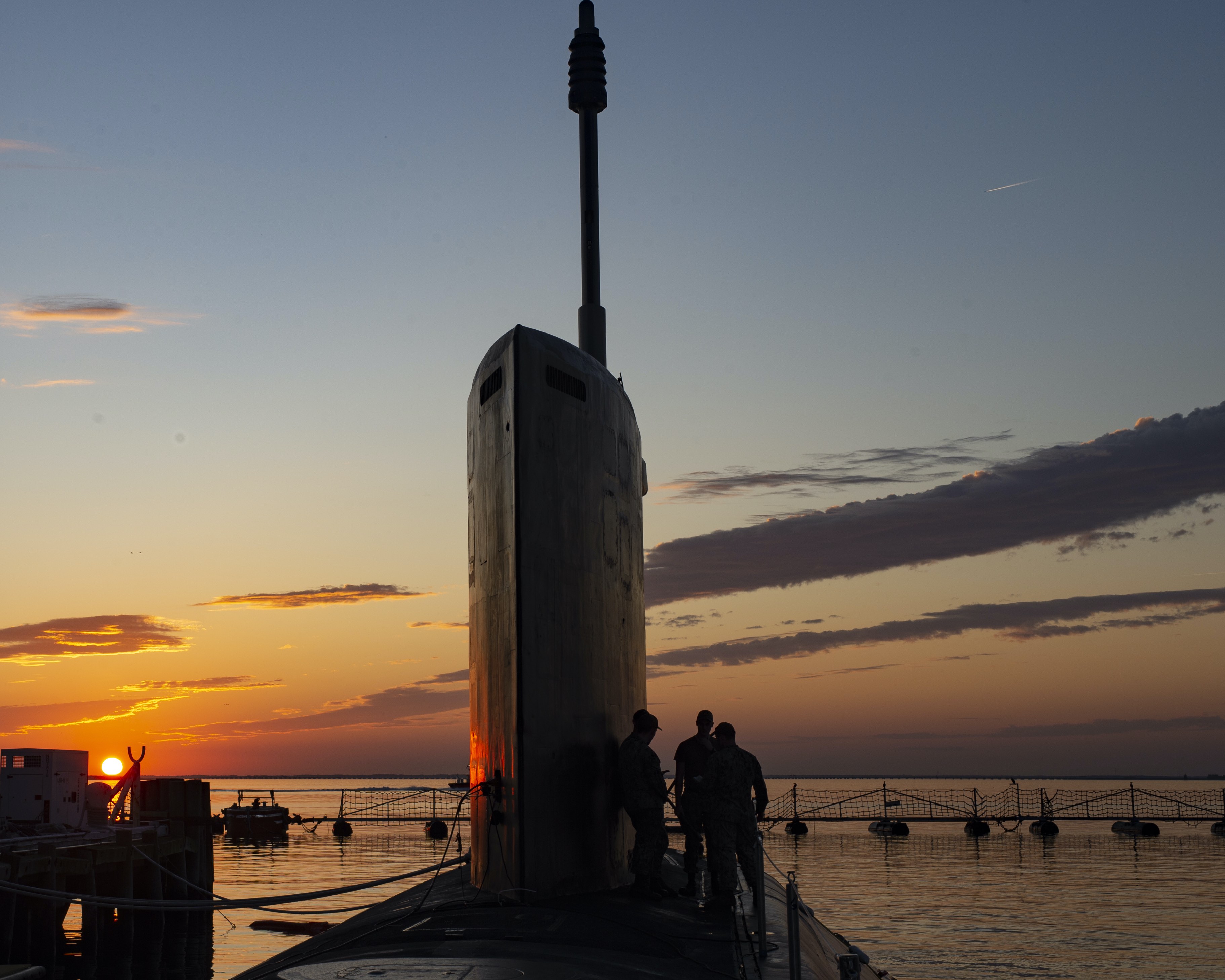 The House Appropriations defense subcommittee today released its draft Fiscal Year 2021 defense funding bill that would buy nine Navy ships, including the second Virginia-class attack submarine that the House Armed Services Committee is fighting to include in next year’s ship-buying plans.

The HAC-D legislation includes $22.3 billion in shipbuilding funds for the first Columbia-class ballistic missile submarine, the two Virginias, two Arleigh Burke-class guided-missile destroyers, one frigate and two towing ships – and a San Antonio-class Flight II amphibious transport dock (LPD-17) that the Navy did not include in its request.

The HASC gave money for the seven ships the Navy requested, plus the second Virginia submarine and an Expeditionary Fast Transport (EPF) rather than the LPD that HAC-D funded.

Despite the different surface ship each committee pitched to supplement the Navy’s small shipbuilding request for FY 2021, HASC seapower and projection forces subcommittee chairman Rep. Joe Courtney (D-Conn.) released a statement today praising the HAC-D bill’s inclusion of funding for two full Virginia SSNs, something that his Senate counterparts did not include in their defense authorization bill.

“Restoration of full funding for a second Virginia-class submarine topped the Navy’s list of unfunded priorities in 2021,” Courtney said in his statement, “which is consistent with the testimony of combatant commanders about the growing need for submarine capabilities around the world, as well as about the harm cutting a submarine would do to the workforce and supply chain, which need stability. That is why we found such strong bipartisan support to fully restore it in the 2021 [National Defense Authorization Act] last week.”

The Navy has bought two SSNs a year since 2011, and its current multiyear contract with prime contractor General Dynamics Electric Boat was at one point envisioned to cover as many as 13 subs across the five-year contract. The Navy had hoped to buy at least two subs every year, even bumping up to three subs in certain years, to not only increase the size of the SSN force but also to keep a smooth ramp-up in the workload for the submarine industrial base as it prepared to start building the Columbia class as well. The contract that was ultimately signed is for nine, with an option for a 10th boat. The fight over a second boat in 2021 essentially comes down to whether the option is exercised in 2021 or at a later time.

During last week’s HASC markup of its FY 2021 NDAA, seapower subcommittee staffer Phil MacNaughton explained the importance of buying the second Virginia submarine this year – warning that failure to do so could lead to a disruption on the Columbia production line. The Columbia SSBN is the Navy’s top acquisition priority and has already used up all the margin in its schedule, with no room for any future problems between now and the 2027 delivery of the first boat.

“Because of the multiyear contract that the Virginia class is under, if the second FY ‘21 boat is not authorized and appropriated, the shipbuilders will continue to build a second Virginia starting in FY ‘21 because of the multiyear – so they will essentially be bringing work forward under that contract. The result of that will be, if they maintain the current schedule that they are, or if they recover schedule as they’re planning to do, by the time they get to the end of FY ‘23 they will run out of Virginia-class work to start. And due to the nature of the contract they have with their unions, they are required, if there’s a reduction in workforce, to lay off the most recent hires. And that would be the second year of production on the Columbia-class submarine. So the result will be, they will actually have to be laying off workers they anticipated to hire for Columbia due to the reduction in Virginia-class work,” MacNaughton said.
“So if the second submarine is not authorized and appropriated in FY ‘21, we’ll see potentially an impact to Columbia in FY ’23 – and at that point there’s very few levers for the Navy to pull to try and help that workforce and help correct the Columbia.”

The HAC subcommittees and full committee will mark up their spending bills in the coming weeks, and potentially by the end of the month the full House will vote on both the defense spending bill and the defense authorization bill that the HASC passed out of the committee last week.

The Senate Appropriations Committee has not yet released its draft bill or weighed in on the issue of the second Virginia-class submarine.