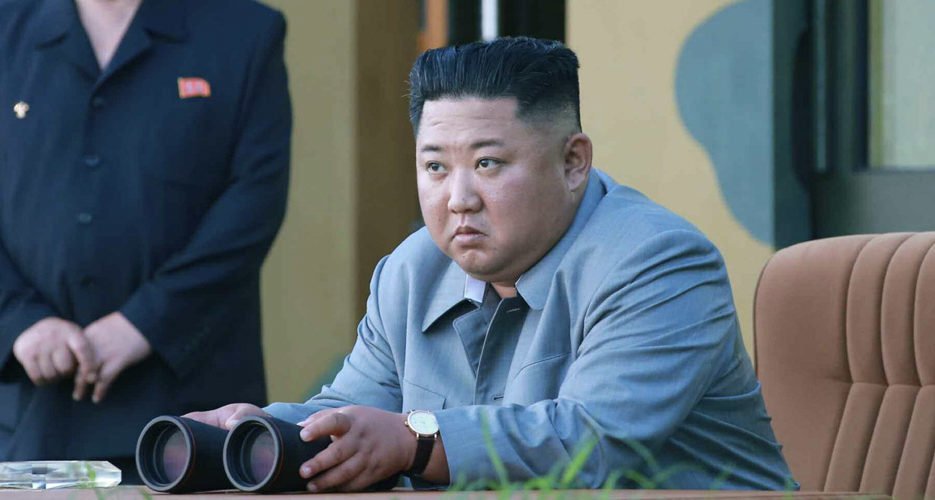 Speaking at an online forum at the Center for Strategic and International Studies, Christopher Hill, who led the American delegation to the six-party talks over North Korea’s nuclear weapons program, said he believes “the ROK [Republic of Korea] alliance has been handled very badly.”

“We’ve got to get that issue back into a box,” he said about the Trump administration’s call for a quintupling of South Korea’s contribution to cover the cost of American forces on the peninsula.

Joseph Yun, former American special representative to North Korea, said at a Wilson Center forum that with Biden as president, “we do have an opportunity to resolve” both the burden-sharing question and command-and-control issues over forces on the peninsula “in a technical manner.”

At CSIS, Victor Cha, head of its Korea program, said resuming large-scale exercises were a matter for the Americans and South Koreans to resolve and the countries should not “throw out the exercises willy-nilly,” as was done in 2018.

Speaking at the Wilson Center forum with Yun, Kim Ji-yoon, a political analyst, said the Korean “people were a little bit sensitive” over paying $5 billion annually for the basing of American forces on the peninsula. While this administration “downplayed the alliance with the ROK,” she said a Biden presidency is “going to heal” the relationship. This plays well with Korean public opinion, she added, since China’s 2017 decision to severely cut back economic and diplomatic ties with Seoul following the deployment of the U.S. Terminal High-Altitude Area Defense system.

When asked whether the United States and South Korea should resume large-scale military exercises that were put on hold two years ago, Yun said, “let’s have quiet time.” Instead, he urged a Biden administration “to consolidate the stability gains” made at the Singapore summit between President Donald Trump and North Korean leader Kim Jong-un.

Yun also predicted a Biden administration would be much more pro-engagement than Obama’s, which pursued a “strategic patience” policy when it came to Pyongyang.

If Trump wins a second term, Jean Lee, director of the Hyundai Motor-Korea Foundation at the Wilson Center, said the question is “does he want” another summit with Kim. She said Kim’s objective in Singapore and later in Hanoi was “to sign some sort of peace agreement” with the president of the United States, which he didn’t achieve.

An overriding question in “this turbulent time,” is whether “every day [the North Koreans] are increasing their nuclear power,” Kim Joon-hyung, chancellor of Korea’s National Diplomatic Academy, said at the Wilson Center forum.

By “turbulent time,” he was referring to North Korea staggering under U.N.-imposed economic sanctions over its weapons programs, suffering from its self-imposed isolation, even from its largest trading partner – China — to contain COVID-19, recovering from three typhoons and the undecided American presidential election.

Mi Sue Terry, a CSIS Korea expert, said the “triple whammy” hitting the peninsula has led Kim to concentrate on domestic issues. She noted that historically Pyongyang has resorted to some provocative action in an American election year to remind Washington it is a major power.

But she also said a Biden administration could also be “kind of hobbled on domestic policy” in controlling the pandemic and rebuilding the economy. How flexible a Republican-controlled Senate will be on confirming non-judicial appointees is another unknown factor if the Trump administration leaves in January. Hill predicted that “as soon as Joe Biden takes office, Republicans are going to become super hard-liners on North Korea.”

Cha, at CSIS, said a key goal of a new administration is “to arrest the growth of the [North Korean] weapons program.” He is particularly worried about North Korea’s potential development of the sea- and land-based multiple independently targeted re-entry vehicles [MIRV]. “That sort of thing can’t happen,” he said.

Saying Biden was “not a liberal interventionist,” Hill said a new team could work with China on reining in North Korean nuclear weapons and missile programs. He compared the situation with a nuclear-armed North Korea to “a little like putting matches in the hands of children.”

Hill added that he doesn’t “think you’re going to see some whiplash” between Trump’s approach and a Biden approach when it comes to dealing with China over trade issues and territorial claims in the South China Sea.

Codifying any future arms agreement with Pyongyang was critical, including inspectors on the ground. “North Korea has used negotiations … to keep going full throttle on their programs” to build nuclear weapons and advance their missile systems, Hill said.

“You always learn something” by having people on the ground ensuring compliance with agreements, Terry added.

Speaking at CSIS, Joel Johnson, managing director of the Glover Park Group, said the American presidential election is “not over until it’s over.” He said that even if the counting ended Thursday, there would be recounts and lawsuits in a number of states that could take weeks to resolve. “I don’t expect Trump to leave the field,” Johnson said.