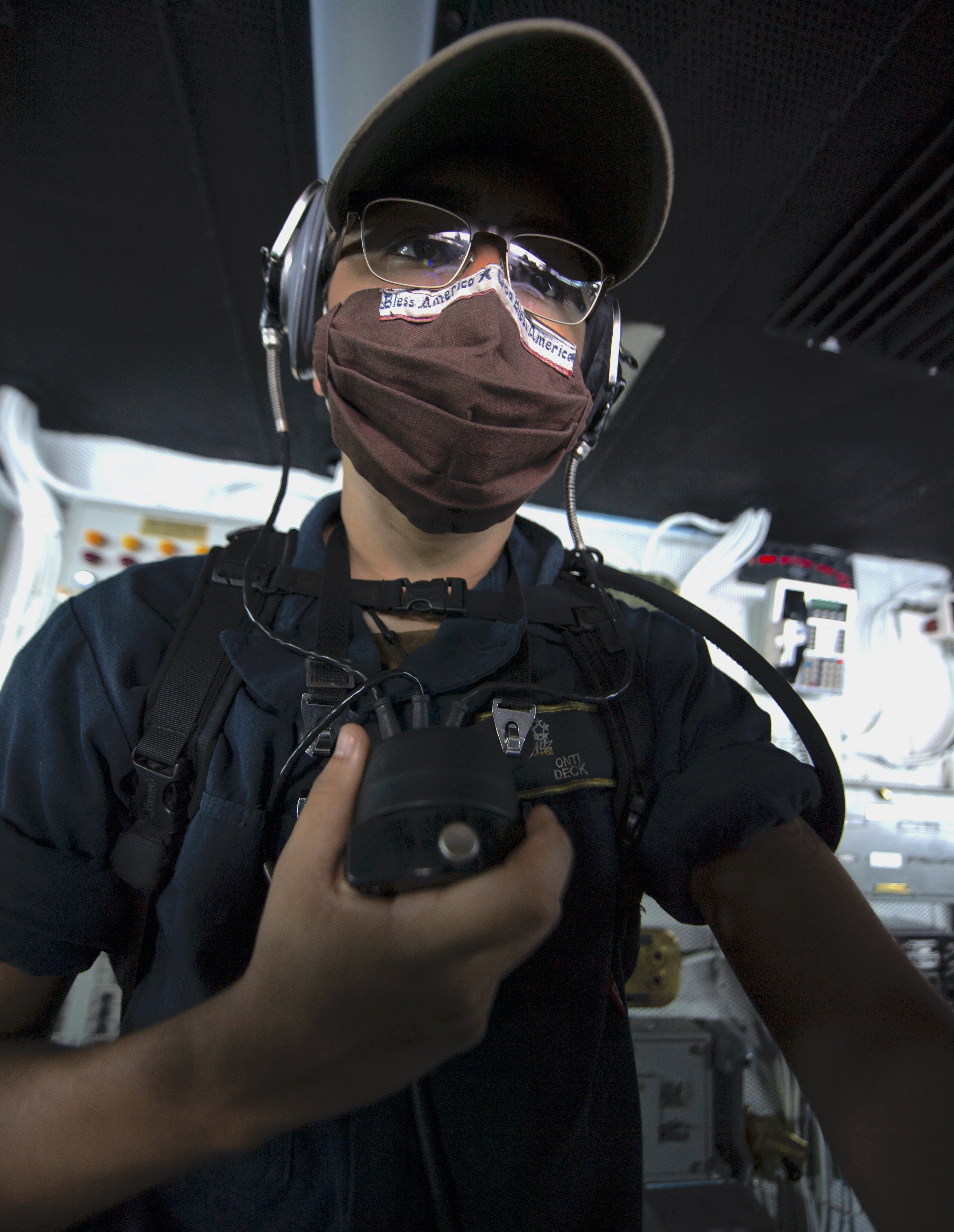 Boatswain’s Mate Seaman Dominick ‘Onti’ Ontiveros, from Hesperia, Calif., on the bridge of USS Nimitz (CVN-68) operating in the Persian Gulf in Oct. 1, 2020. US Navy Photo

The Navy fleets signed out a revision to the Optimized Fleet Response Plan Instruction, the first such update since OFRP was introduced in 2014.

U.S. Fleet Forces Command, U.S. Pacific Fleet and U.S. Naval Forces Europe released a 12-star-signed revision to the plan on Oct. 20, which incorporates lessons learned from the past six years and stems from a pair of Navy and Pentagon reviews of OFRP conducted earlier this year, a Fleet Forces Command spokesman told USNI News

“The product of OFRP is units ready for employment, on time and to standard. OFRP values aggregated output efficiency and effectiveness, over individual unit or group,” he continued, saying the update emphasizes that OFRP – a notional 36-month readiness-generation plan that outlines maintenance, training, deployment and sustainment operations – is not a firm schedule but rather a construct for force generation that integrates several other processes across the Navy.

Additionally, Myers said, the updated instruction calls for a more thorough discussion of readiness production, including the use of data analytics to help boost the readiness output; formalizing minimum training requirements for units prior to deployment certification; addresses recommendations from the Comprehensive Review and Strategic Readiness Review that followed a pair of fatal collisions in 2017, specifically related to creating an OFRP cycle for forward-deployed forces; and incorporates “hundreds of technical changes” based on the past six years of operating and maintaining ships under OFRP.

Importantly, the update calls for annual reviews of OFRP to continually assess whether the plan is working and how to continue improving the production of deployable forces.

One year ago, then-Vice Chief of Naval Operations Adm. Robert Burke said Fleet Forces and Pacific Fleet were taking a hard look at OFRP to ensure it was the best model under the National Defense Strategy and calls to focus on peer competition.

“We understand why the carriers are in the situation they’re in. OFRP was designed – the O in OFRP stands for optimized – it was optimized in 2012 around some different objectives. So we recognize that we have to take a good hard look at it,” Burke told reporters last October.
“We started that look last July, and Admirals Grady and Aquilino, the two fleet commanders in the Atlantic and the Pacific, owe CNO an answer on that here in the coming months. But we are very open to making changes to that readiness plan, and we’ve taken it down to the fundamental assumptions and principles of it, and what do we have to do differently.”

Burke said at the time that the Navy needed to consider how to improve its maintenance activities – which the Fleet Forces statement this week highlights as “the largest source of friction” in the OFRP cycle today – but he also said the Joint Force demand for carrier forces needed to be tamed.

“You can’t use up that wartime capacity for things short of war, and wish you had it when you need it later. So we’re going to have to do a little bit of an appetite-suppressant on how many carriers we’re able to provide. There’s not one combatant commander on the planet on the U.S. side who will tell you they don’t need a carrier – or carriers, as the case may be. So they’re very much in demand, and I don’t think that’s much in contention right now. But how do you improve the availability? Part of it will be these maintenance actions, the overhaul that we’re doing in the processes and getting more efficient there. And then if we can come up with a different operating model to generate that readiness more efficiently, we’ll definitely be looking at that hard.”