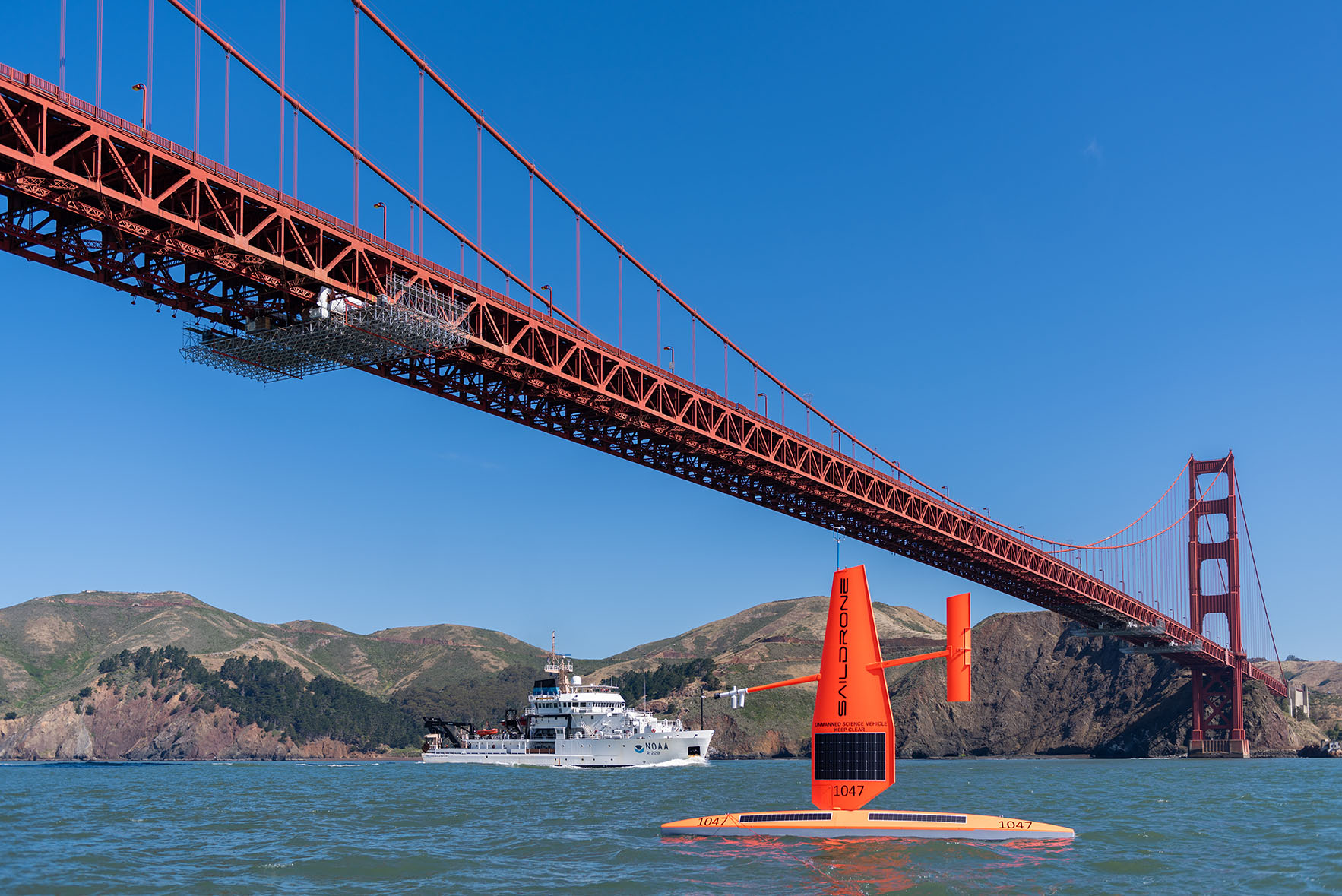 The Coast Guard has begun at-sea testing of unmanned surface vehicles off the south shore of Oahu to see if the autonomous craft can help provide persistent maritime domain awareness in remote areas of the large ocean, the service announced.

The test and evaluation, which began last week and will run through Nov. 5, is being conducted by the U.S. Coast Guard Research and Development Center and local Hawaii units and will focus on USVs from manufacturers Saildrone and Spatial Integration Systems, as well as a Coast Guard-owned autonomous research vessel made by Metal Shark.

“This evaluation will examine each vessels’ ability to provide persistent maritime domain awareness, especially in remote areas of the oceans. While potentially applicable to many Coast Guard missions, there is potential these technologies will help enable the Coast Guard to better protect critical natural living marine resources from Illegal, Unreported, and Unregulated(IUU) fishing and other illicit activities,” reads a Coast Guard press release.

In February, the Coast Guard announced it would award two contracts for a combined value of about $1.8 million to “assess low-cost, commercially available autonomous solutions to improve maritime domain awareness in remote regions of the Pacific Ocean.”

According to the announcement, California-based Saildrone and Virginia-based Spatial Integrated System Inc. would operate the vehicles during the test event as contractor-owned and contractor-operated USVs.

“The RDC will conduct a 30-day demonstration in the Central Pacific this summer to gather information including range of detection, appropriate sensor packages to provide desired outcomes, and how communications flow between the USVs and command centers,” reads the February news release.

Saildrone noted in a press release over the summer that its USV package includes the vessel itself that is designed to be at sea for as long as 12 months; detection sensors including optical cameras, automated identification system (AIS) receivers, and optional radar or infrared cameras for night-time capabilities; and artificial intelligence and machine learning software that takes the images, picks out targets of interest and alerts the operator of what it’s found – important, given that the likely Coast Guard mission will involve a lot of roaming around in open ocean and waiting to see if ships or animals appear amid the blue sky and blue water.

The National Oceanic and Atmospheric Administration (NOAA) has also used the Saildrone USVs to collect data on seafloors, weather and fish and wildlife. NOAA and the Navy earlier this year announced a partnership on unmanned maritime vehicles as each organization is learning how to test and buy the vehicles, develop policies for safe operations and manage the plentiful data the unmanned systems send back.

The Navy is particularly interested in working with NOAA on collecting and sharing oceanographic data, for which NOAA has already begun using the Saildrones on a contractor-owned and -operated basis.