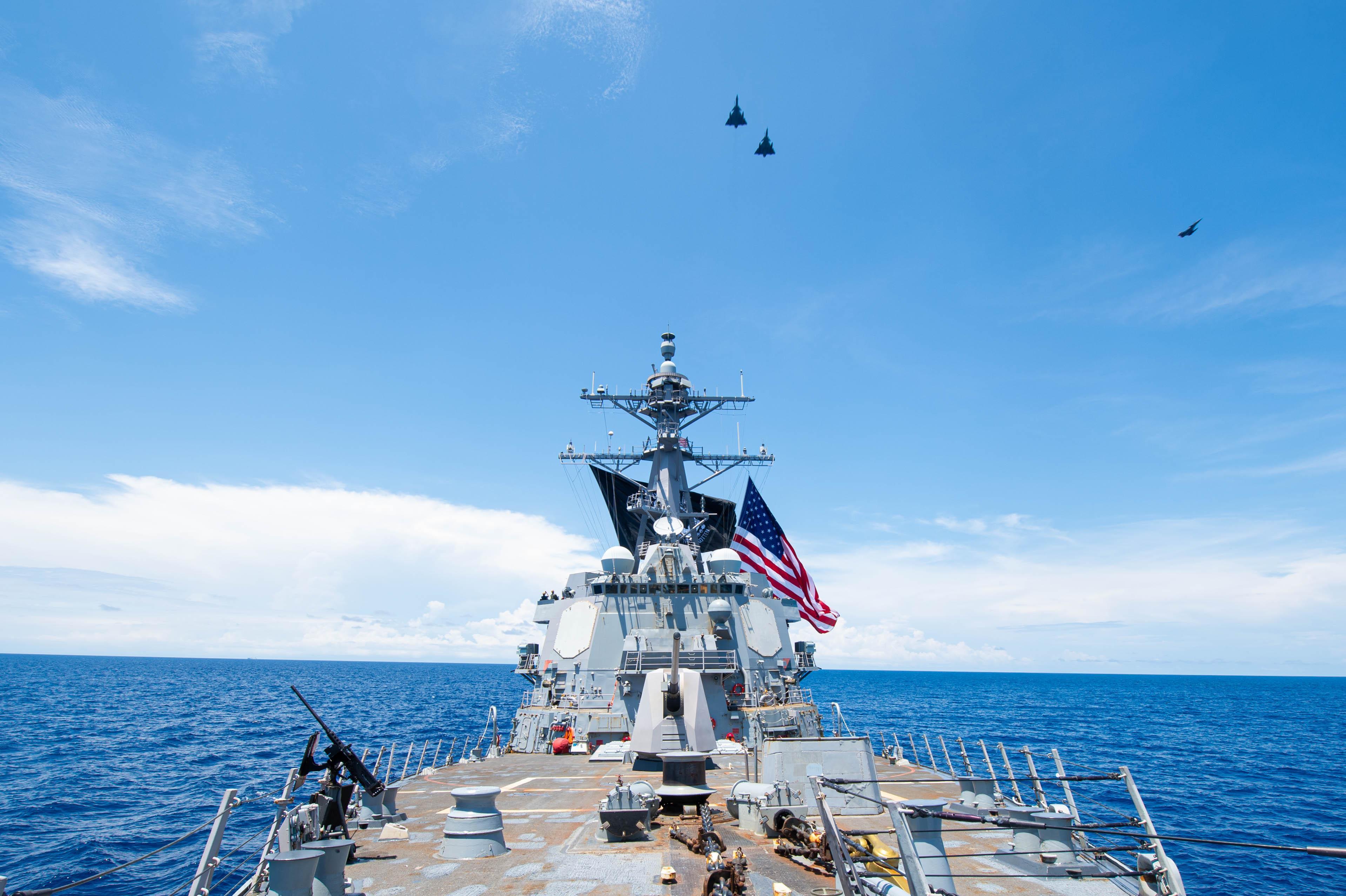 The Arleigh Burke-class guided-missile destroyer sailed through the Caribbean Sea for the exercise, SOUTHCOM said in a news release. Lawrence is in the SOUTHCOM area of operations for anti-drug missions, the command said.

“The illegitimate Maduro regime improperly claims excessive controls over those international waters, which extend three nautical miles beyond the 12-nautical mile territorial sea, a claim that is inconsistent with international law,” the command said, referring to the government of Nicolás Maduro.

The Trump administration recognizes Juan Guaidó as the president of Venezuela and first acknowledged Guaidó as the nation’s leader in January 2019.

Venezuela is not party to the United Nations Convention on the Law of the Sea (UNCLOS), a treaty that permits military vessels to move through a nation’s 200 nautical-mile exclusive economic zone. Caracas asserts that military vessels must seek prior consent before entering its zone off the Venezuelan coast.

Two other destroyers – USS Pinckney (DDG-91) and USS Nitze (DDG-94) each conducted separate FONOPs over the summer contesting Venezuela’s claims. Pinckey performed its FONOP in mid-July, just several weeks after Nitze sailed through the Caribbean Sea at the end of June in protest of Venezuela’s maritime claims.

The Navy often conducts freedom of navigation operations in the South China sea in protest of China’s claims in the waters, but the service performs FONOPS across the globe.

According to the Pentagon’s Fiscal Year 2019 FONOP report, which the Defense Department issues each year, the U.S. disputed claims from 22 nations, from Brazil to Taiwan, by performing freedom of navigation operations.