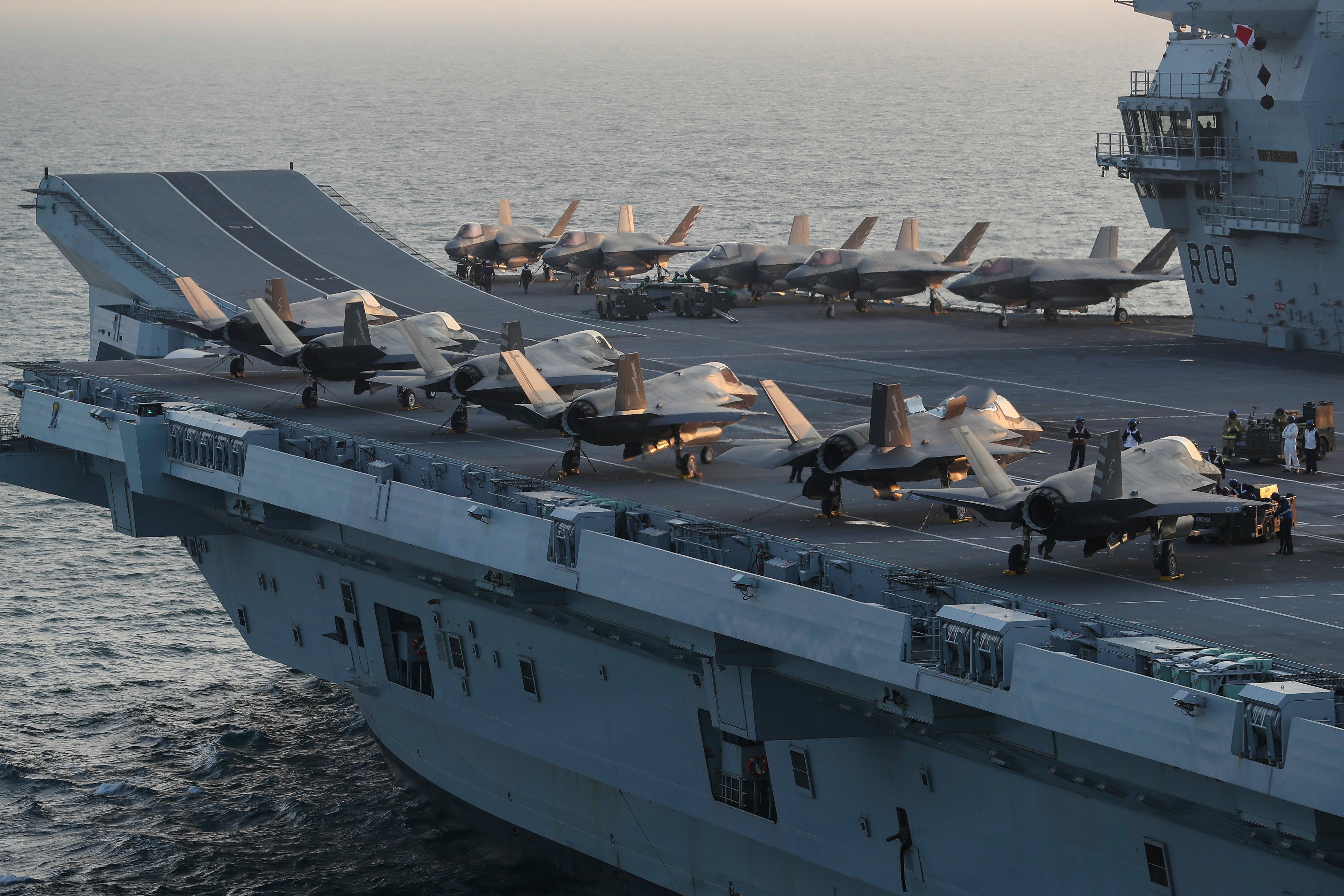 The “Wake Island Avengers” of Marine Fighter Attack Squadron (VMFA) 211 will train with the Royal Air Force’s 617 Squadron “The Dambusters” on the lead ship in a new class of U.K. carriers and partake in the upcoming Group Exercise, the U.S. squadron said in a press release.

“This deployment demonstrates that our forces are more than interoperable—we are integrated,” Col. Simon Doran, the senior national representative to the United Kingdom’s carrier strike group, said in a statement.

“During this special partnership, the US Marine Corps and US Navy will conduct carrier strike group operations, training to maritime power projection, and ultimately supporting shared security,” Doran added. “Our alliance is stronger because we can deploy and fight together as truly integrated NATO allies.”

Seven British vessels – a mix of frigates, destroyers, and auxiliaries – will participate in the Group Exercise, also known as GroupEx, according to a statement from the U.K. Royal Navy.

“In addition to these forces, the UK CSG will be joined by warships from the Royal Netherlands Navy and US Navy to form the largest UK-led multi-national force in recent years, which will accompany HMS Queen Elizabeth on her global, inaugural deployment in 2021,” the U.S. squadron said.

Proud to form part of the largest #F35B 5th generation Carrier Air Wing in the world. Honored to be doing so alongside @OC617Sqn onboard @HMSQNLZ . @theF35JPO @USMC @DefenceHQ pic.twitter.com/IA0GpQjp74

The Wake Island Avengers, the British squadron and the carrier strike group will also partake in NATO exercise Joint Warrior in the North Sea, off the coast of Scotland.

“With a total of 14 jets and eight Merlin helicopters, it’s the largest concentration of fighter jets to operate at sea from a Royal Navy carrier since HMS Hermes in 1983, and the largest air group of fifth generation fighters at sea anywhere in the world,” the Royal Navy said in a press release.

The drills and participation in the exercises come as the U.S. and U.K refine interoperability between the F-35B and the British carrier and gear up for Queen Elizabeth’s deployment with the aircraft next year.

The U.S. and U.K have planned to operate the short takeoff and vertical landing variant of the F-35 off the British aircraft carrier for several years. The U.K. Navy’s top admiral last year said he envisioned Queen Elizabeth operating interchangeably with American aircraft carriers.

“As she has demonstrated already, we can successfully field a combined U.S., U.K. carrier strike group,” Royal Navy Adm. Tony Radakin, the First Sea Lord and Chief of Naval Staff, said aboard Queen Elizabeth in November 2019. “I look forward to this developing further, moving to the point where we are not only talking about interoperability, but we are looking for interchangeability. ”

The Wake Island Avengers flew to the United Kingdom in early September ahead of the drills, USNI News previously reported.