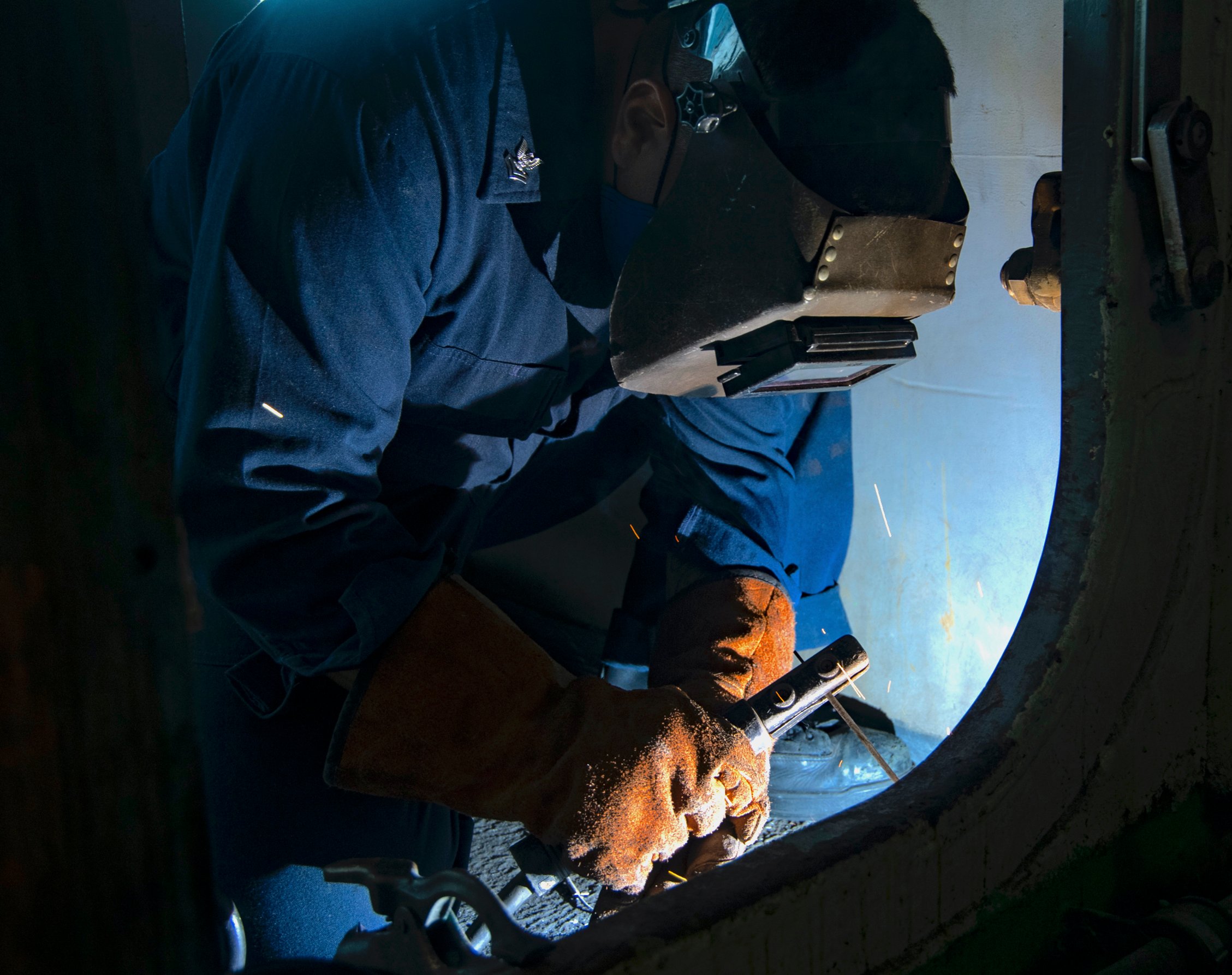 As it works to improve sustainment efforts across its platforms and infrastructure, the Navy has formed new working groups to problem solve the issues contributing to its maintenance and sustainment woes.

During a virtual conference last week hosted by the American Society of Naval Engineers, the Navy’s newly installed Deputy Assistant Secretary of Sustainment Sean Burke said the service has created ten different teams with more than 100 individuals as part of its Sustainment System Working Group initiative to tackle the Navy’s issues with its supply chain and moving ships through maintenance at the yards.

“Supply chain and spares and cannibalizations is a major problem,” Burke said. “Shipyard throughput, as I mentioned, is a major problem – how do we fix that? How do we incentivize the private shipyards to fix things?”

The sub teams include undersea, carriers, surface ships, aviation, innovation and Marine ground forces, according to Burke, who said the goal is to pinpoint the current state for each sub-group, name the problems each face and find solutions for the issues.

“How do we make sure that we are thinking about and elevating the sustainment needs early in the development and design phase, such that we’re not always playing catchup in the sustainment phase. We have got to figure out a way to do that better,” Burke said.

“That is also one of the areas of focus of the sustainment system working group, which . . . having established their problem statements, that team is now embarking on the next phase, which is to develop the as-is states that kind of drives the problem, and then coming up with recommendations for how to improve all of those problems,” he added “And all of that will be packaged together and briefed up to the leadership at the end of November.”

Burke, who assumed his position in October 2019 after Navy acquisition chief James Geurts created the role, said three-star admirals have been briefed on the problems each working group has established for the respective enterprises.

“The SSWG problem statements that identify– we just briefed those out to the 3-star level last week and they include all the things that you would expect have been identified as problems within the surface, or the carrier, or the submarine communities,” Burke said.

As the Navy pursues its ship maintenance logjam, the service has sought to replicate efforts its aviation enterprise pursued in trying to increase the mission-capable rates for the F/A-18E/F Super Hornets.

Vice Adm. Bill Galinis, who recently took the helm of Naval Sea Systems Command, during remarks at the same virtual conference emphasized the Navy’s focus on managing its supply chain and materials through a closer working relationship with Naval Supply Systems Command. Galinis pointed to the working groups as a way for the Navy to form a more cohesive approach to both planning and performing ship maintenance.

“They’re collecting a lot of good ideas and thoughts on really kind of the end-to-to end — all the way from the initial planning process, through ship delivery, and the expenditure of funds,” Galinis said of the working groups.

“I think we’ve got fundamentally the right initiatives that we’re working on, but we really got to drive these down to the deck-plate level,” he added. “And that’s I think one of the challenges that – from what I’ve seen just in the last couple of months, we haven’t gotten to that effort.”

Burke noted the Navy’s sustainment requirements only increase with time, adding more systems and the systems getting older.

“We have done a not very good job of trying to figure out how to reduce our costs for sustainment,” he said.

As part of the working group effort, the Navy is also looking at how it can pursue new technology and better integrate it into the sustainment process, which Burke said the Navy has not historically done well.

“We struggle with the transition of new technologies from development of those to deployment of them. We simply don’t do a good job of that,” Burke said, noting the Navy has trouble integrating new technology in regards to both sustainment and warfighting.

While the working group effort is concentrating on the current problems and how to fix them, Burke argued the Navy should also do more preparation for the out years, like forecasting its long-term plans to both industry and the regions where it performs various sustainment work so there is an adequate workforce.

“We should be building that site picture five, ten, 15 years out and providing it to organizations like this one and then to regions and then to companies so that everybody understands the demand signal that’s going to be there, that exists today, and that it’s also going to be there in the future,” he said, referring to ASNE.